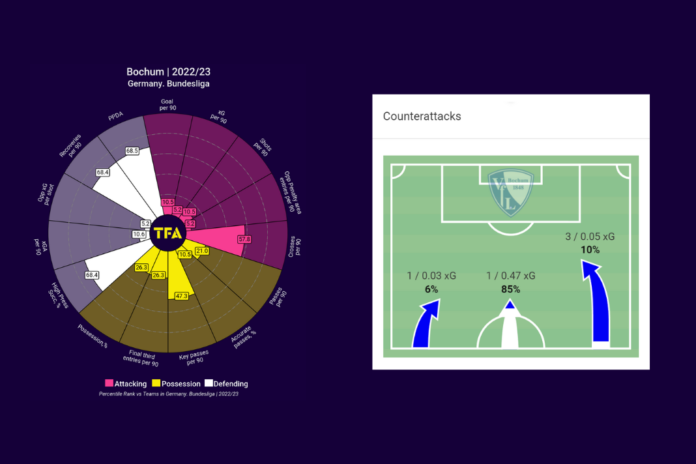 VfL Bochum is having a tough season in the Bundesliga with just 13 points from 15 matches. They have won four matches, drawn one, and lost ten matches. Bochum, who finished 13th in the Bundesliga last season, are 17th in the table and on the verge of relegation. But they have managed to win their last two matches against Augsburg and Borussia Monchengladbach. Coach Thomas Letsch will be hoping that they can draw inspiration from their last two wins and turn their season around. Therefore, we look at their stats to understand how their recent form could get them out of the danger zone. 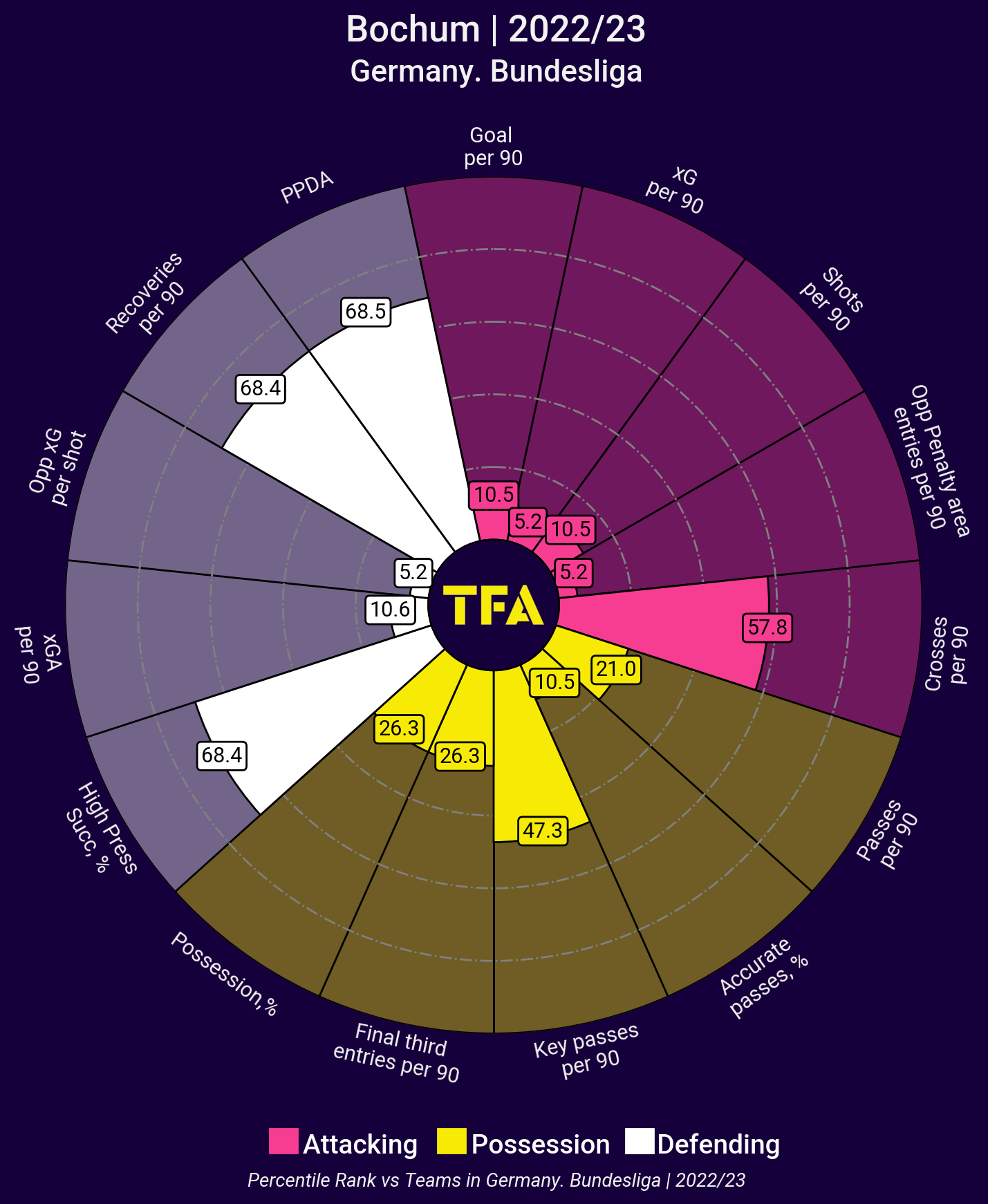 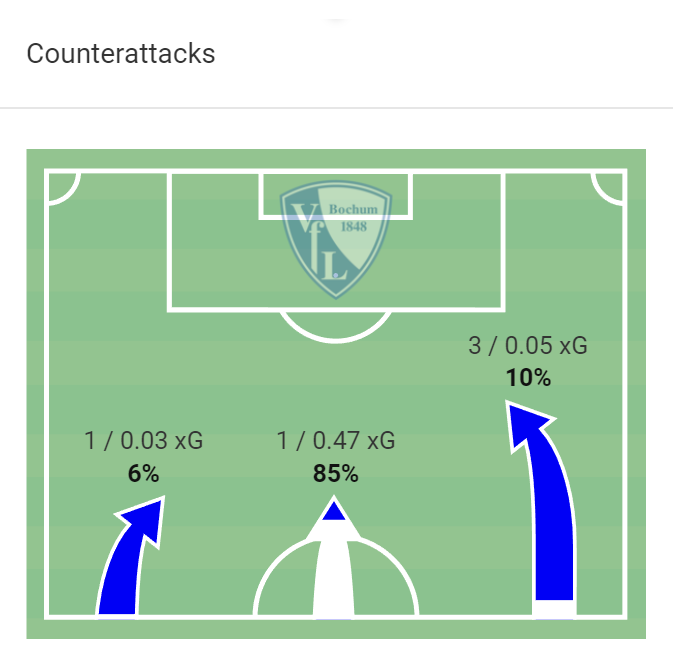 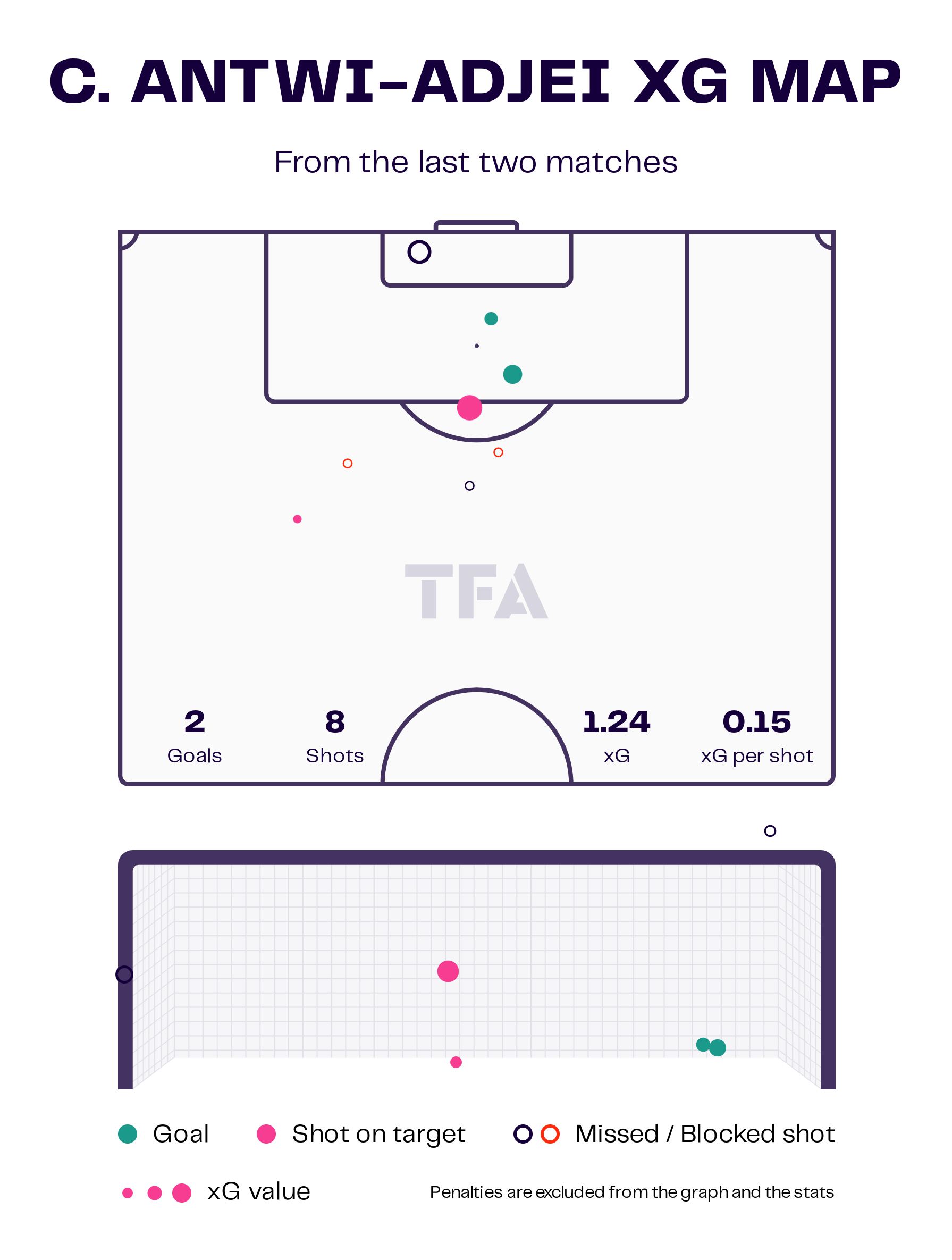 Christopher Antwi Adjei is one of Bochum’s most important players and has scored in both of their last two wins. He has scored one goal in each match from the total of eight shots he has attempted. Out of the eight shots, four were on target.

The above visual shows the interceptions made by VfL Bochum in the match against Augsburg. They made 63 interceptions, with a majority of them in the defensive third. In the last two matches, their average number of interceptions per game has increased from 49 to 59. This has helped them to stop attacking and therefore concede less.

The above visual shows the recoveries made by Bochum in the match against Augsburg. They made 123 recoveries in that match, 32 more than their average figure. The average recoveries made in the last two matches have gone from 91 to 114 per game. These recoveries have helped them in both attack and defence. 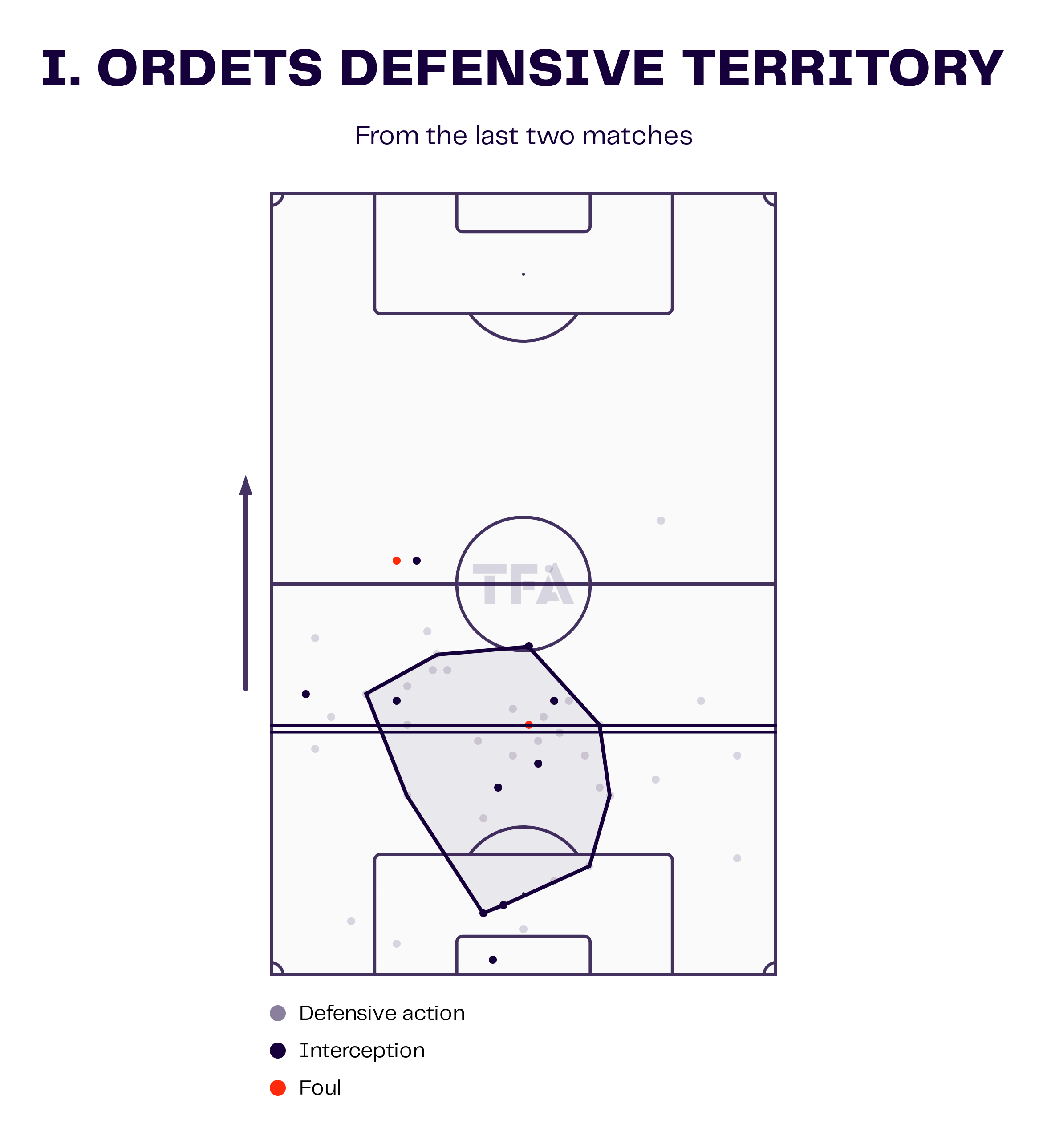 The above visual shows Bochum defender Ivan Ordets’ defensive territory in the last two matches. He has made nine defensive duels and won eight of them, with a success rate of 88.8%. He has made 18 aerial duels and won 12 of them with 66.67% success. His success rate in both defensive and aerial duels has increased from 69.8 to 88.8 and from 59 to 66.7. Ordets has also made 19 interceptions.

With two wins in two matches, Bochum has made their odds a bit better. Therefore, the odds in the 1×2 market are likely to go up, even slightly. Whereas overlines should improve a bit looking at their previous two matches.

VfL Bochum will be hoping to continue their good run of form in the last two matches as they try and get out of the danger zone. They have not just secured six points but have also managed to do it pretty well in the last two matches. The performance improvement would be a relief to the coaching staff and fans.

Under the microscope: Why is Mathys Tel being referred to as...

Under the microscope: Why Dayot Upamecano is such an important figure...