On Thursday night Eintracht Frankfurt welcomed Arsenal to the Waldstadion in the Europa League. Last season’s finalists Arsenal came into the game under pressure from their fanbase following their disappointing 2-2 draw with Watford on the preceding weekend. Frankfurt, semi-finalists in last season’s competition, also experienced a disappointing weekend beforehand. They were dealt their second loss of the season at the hands of Augsburg. Adi Hütter’s men were looking to bounce back with a win in front of their home fans. This tactical analysis will look at the tactics used by Unai Emery and Hütter as their sides were pitted against one another. 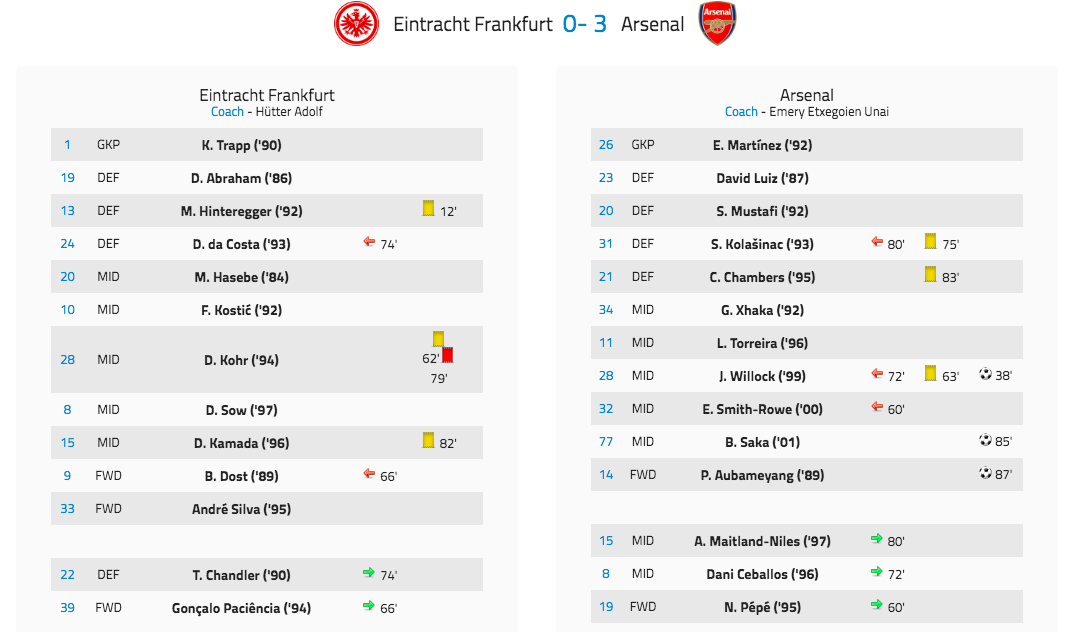 Frankfurt fielded a 3-4-1-2, with Danny da Costa and Filip Kostić given the roles of playing as attacking wing-backs. David Abraham, Martin Hinteregger, and Makato Hasebe formed their back three, whilst Daichi Kamada sat behind their front two of André Silva and Bas Dost. Arsenal used a 4-2-3-1, with academy players Joe Willock, Emile Smith-Rowe, and Bukayo Saka playing as an attacking trio behind Pierre-Emerick Aubameyang. Calum Chambers also came in for his second start of the season, following his loan spell at Fulham in the 2018/19 season.

Transfer Analysis: Why has Frankfurt added PSV’s fullback to their ranks?

Transfer Analysis: Why was the young French striker in demand at Augsburg?