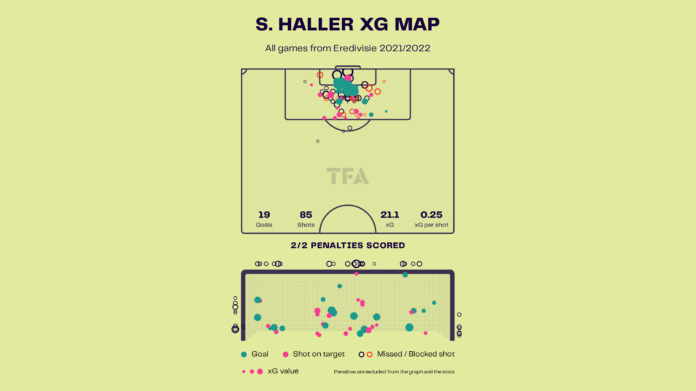 Borussia Dortmund didn’t waste any time in signing the top scorer of the last season’s UEFA Champions League as they signed Sebastien Haller from Ajax on a four-year deal. But unfortunately, Haller couldn’t adorn the famous black-and-yellow. He was diagnosed with testicular cancer, which kept him out of the first half of the season. Haller was brilliant last season for Ajax. He brought Ajax to the main stage with 21 goals in the Eredivisie and 11 goals in the Champions League. He was even named striker of the year at the Eredivisie awards. But after waiting for six months, there is a piece of good news for Dortmund and Bundesliga fans: reports say that Haller will return to training with Dortmund in January after two successful surgeries. Therefore, we look at his stats from last season to understand why this is good news for Borussia Dortmund and their fans. 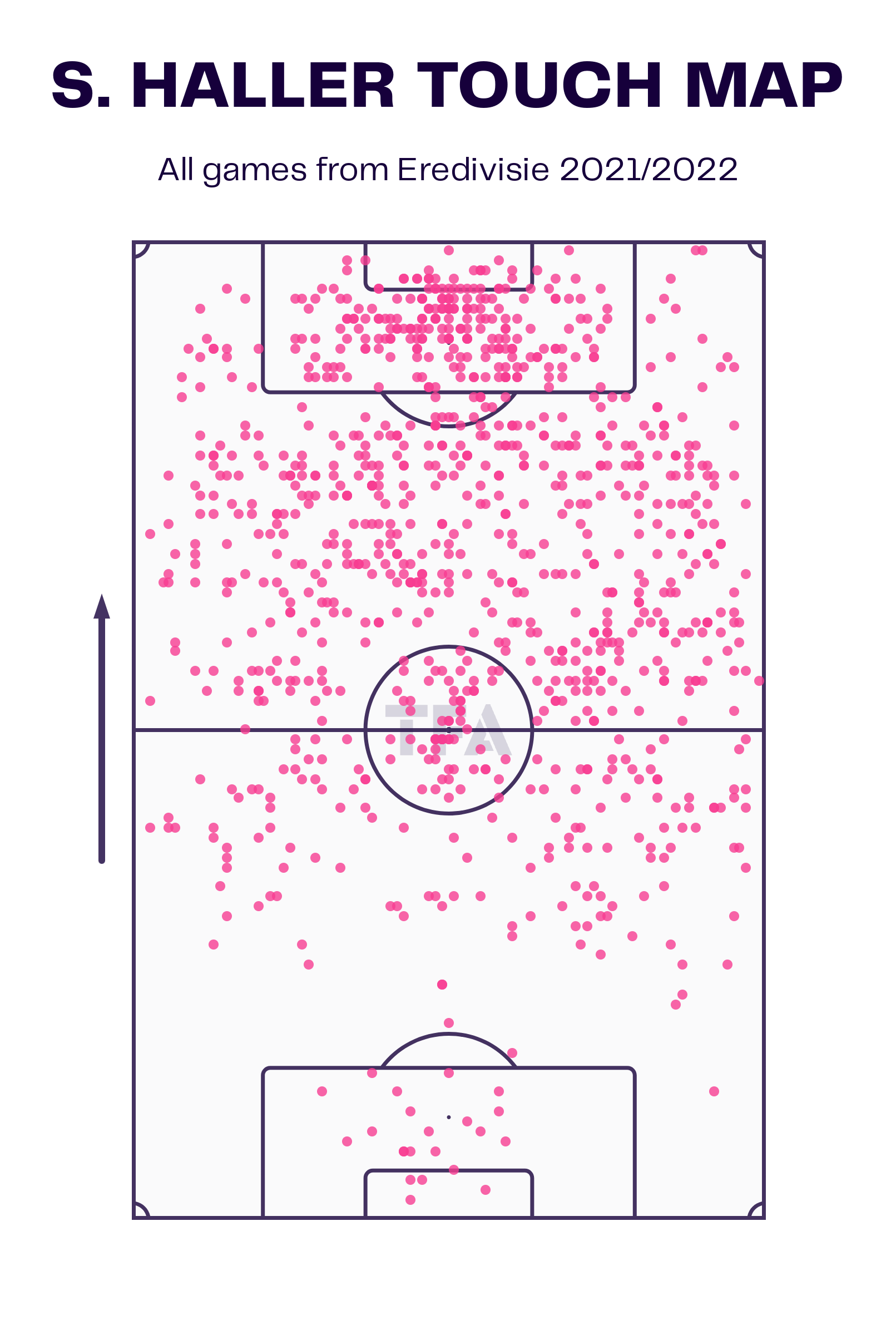 The above visual shows Sebastien Haller’s touch map from last season’s Eredivisie. We can observe from the map that the area with the most concentrated touches is the penalty area. Strongly built, Haller was a killer force in front of the goal and scored 21 goals last season in the Eredivisie. He enjoyed an average of 6.84 touches in the penalty area, which is almost unbelievable in itself. Moreover, his ability to combine well with the players and score all types of goals makes him a nightmare for defenders. 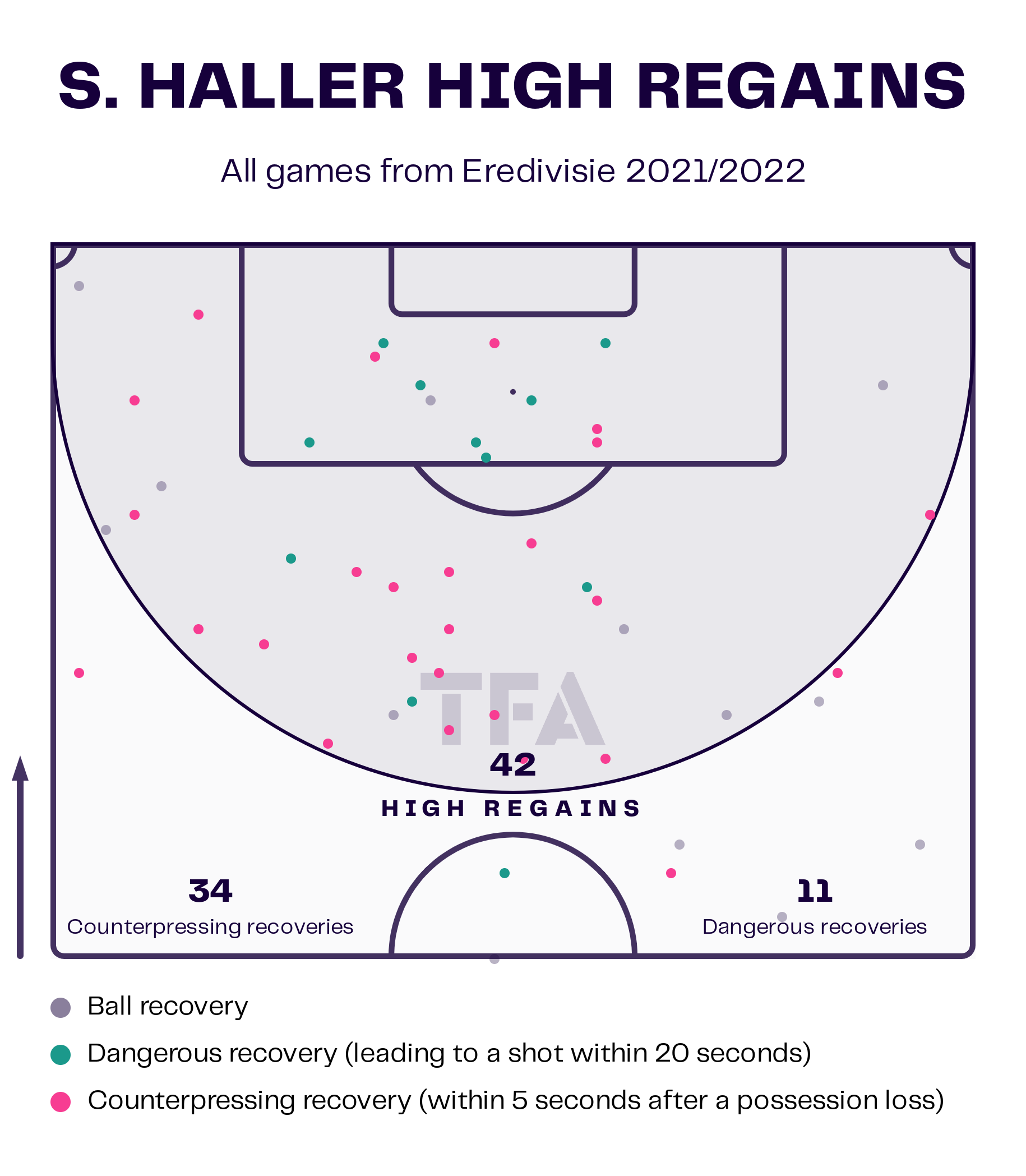 Playing for Ajax, where Erik Ten Hag implemented the “Total Football” ideology, Haller contributed to the team with his pressing. Although he usually likes to stay as an outlet when other players recover the ball, Haller implemented the ideology and made some important regains. Last season, he made 42 high regains, 34 counter-pressing recoveries, and 11 dangerous recoveries. He regained possession 12 times in the penalty box, seven of which led to shots in the next 20 seconds. Haller recovers the ball around 2.43 times per game, with 75.7% of them in the attacking half. 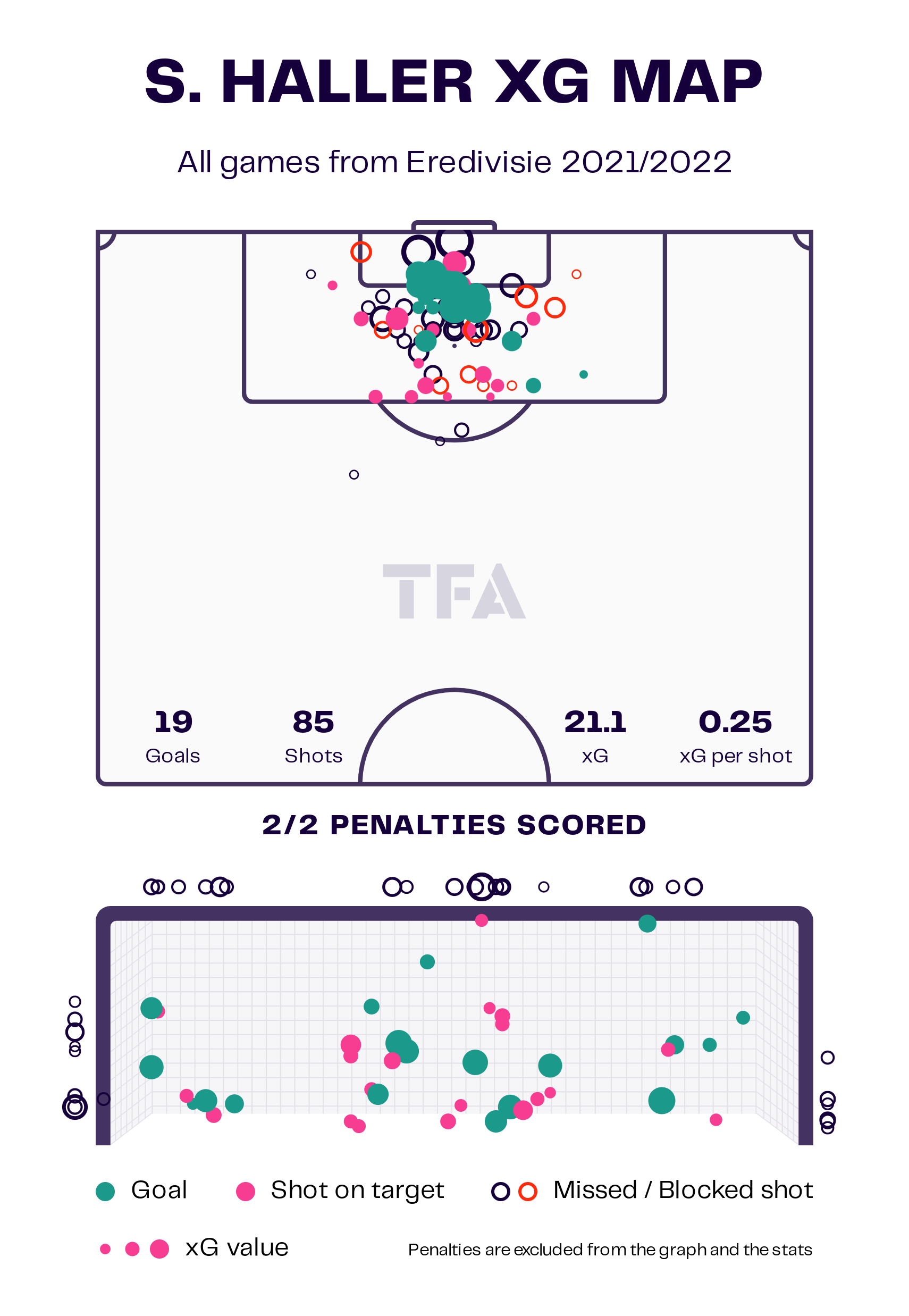 With Borussia Dortmund struggling to keep their place in the top four, Haller’s return could be a huge boost to the side. Dortmund will have a focal point in an established striker with experience playing on the biggest stage if the former Ajax player starts playing soon. Coach Edin Terzic and Haller will be raring to go as soon as he is deemed fit to do so, as his contributions could prove vital for them.

Fun ideas to entertain yourself while not enjoying football

Under the microscope: How Daichi Kamada has finally unleashed his potential