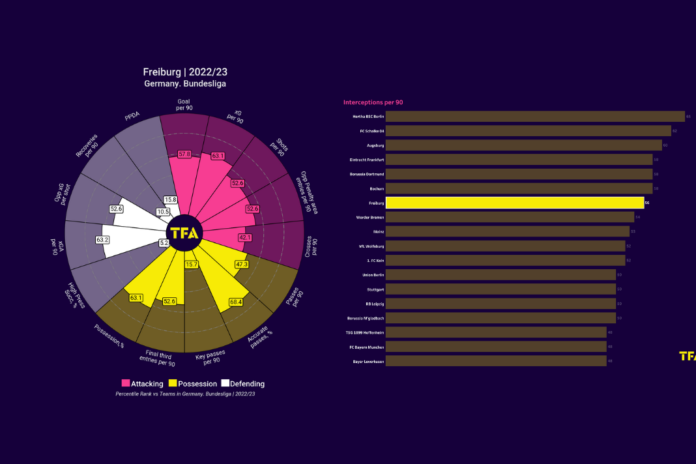 SC Freiburg have concluded this year’s Bundesliga campaign before the World Cup on a high note with a win over Union Berlin by four goals to one. With this victory, they moved into second place on the table with 30 points from 15 games. They have won nine matches, drawn three, and lost three as well. Their three losses have come against the big fish: Bayern Munich, Borussia Dortmund, and RB Leipzig. They have only lost two out of the last ten matches and are looking in good shape.

We take a look at some stats to study their rise to the second position in the Bundesliga.

Freiburg have scored a total of 25 goals this season in the Bundesliga and 13 goals in the Europa League. They have won four matches in the Europa League and lead the group with 14 points from six matches. Christian Streich’s men have found a way to score when needed and score an average of 1.67 goals per game. 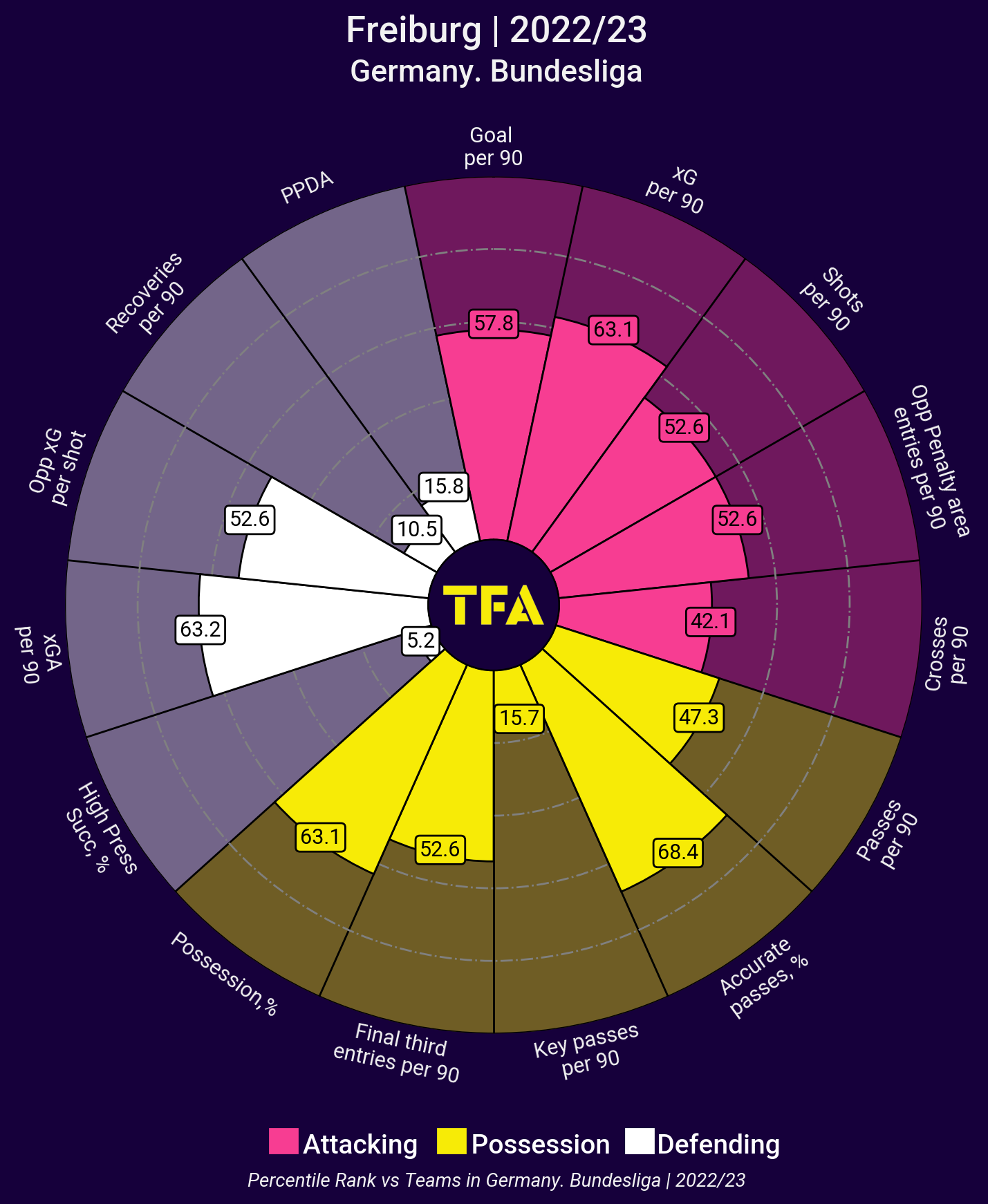 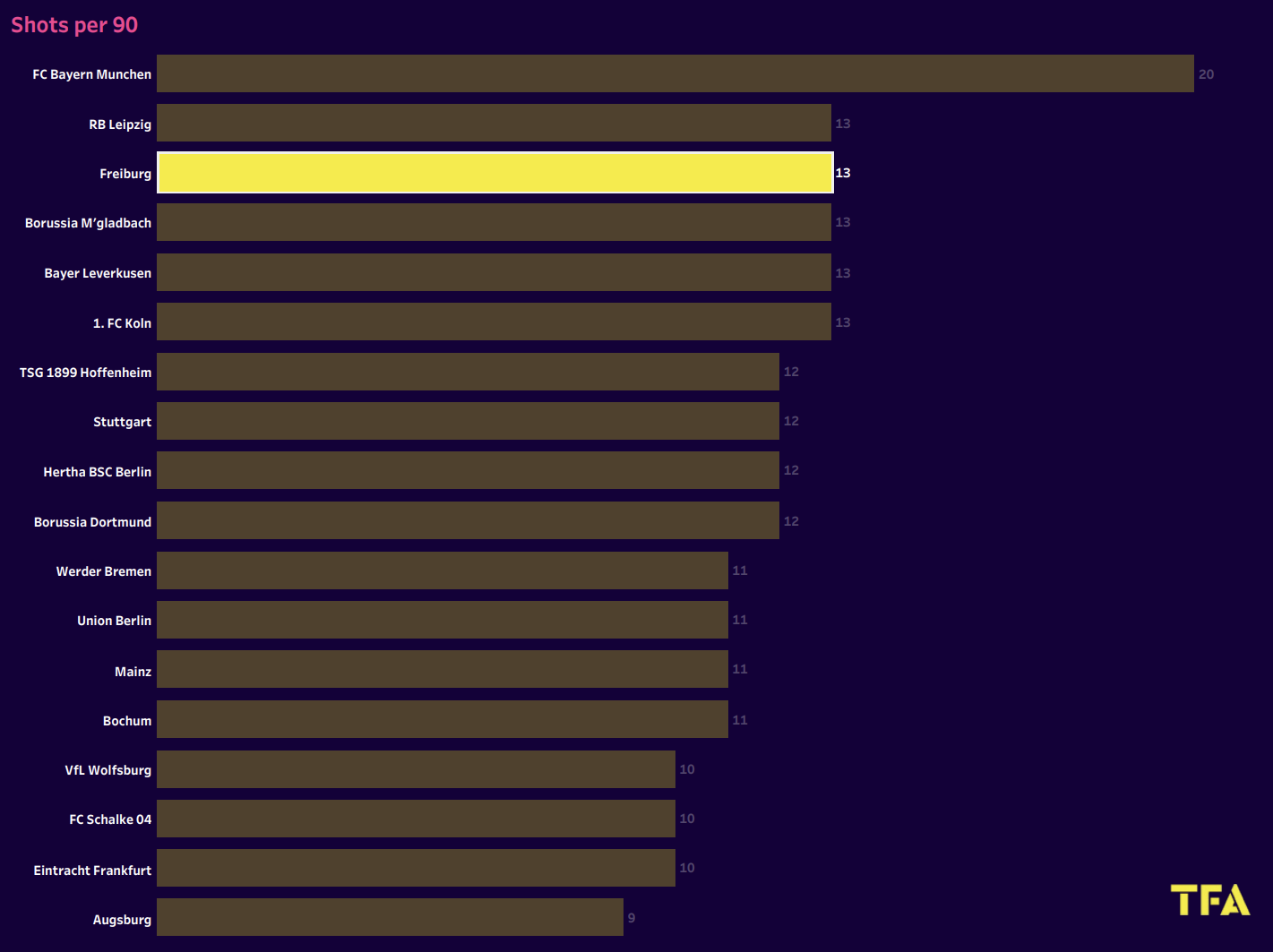 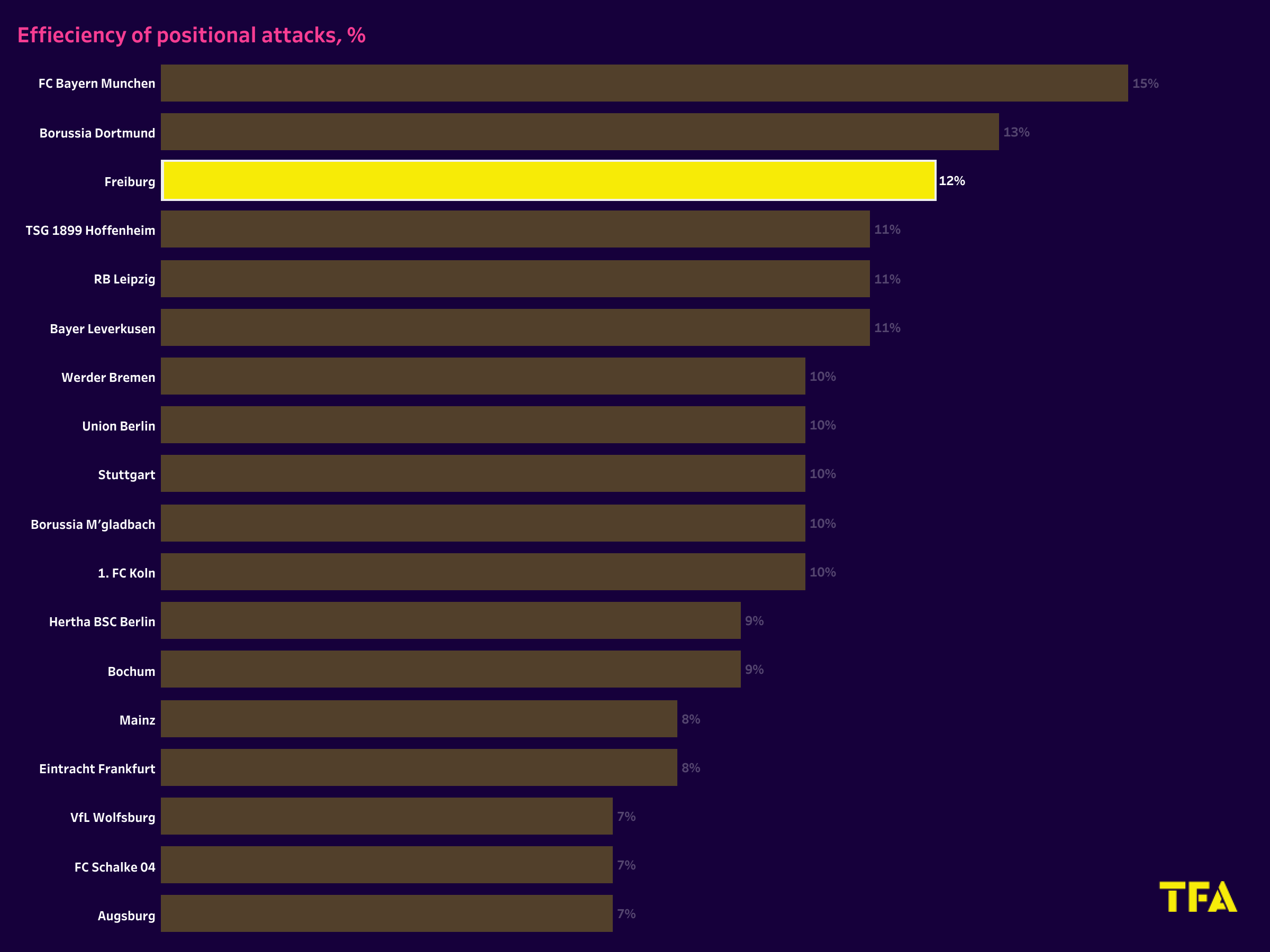 Freiburg have been good defensively this season, as they have only conceded 17 goals, the second-fewest behind Bayern Munich. They concede an average of 1.13 goals per game, but they have found ways to bounce back into games through their attack and good use of set pieces as well. 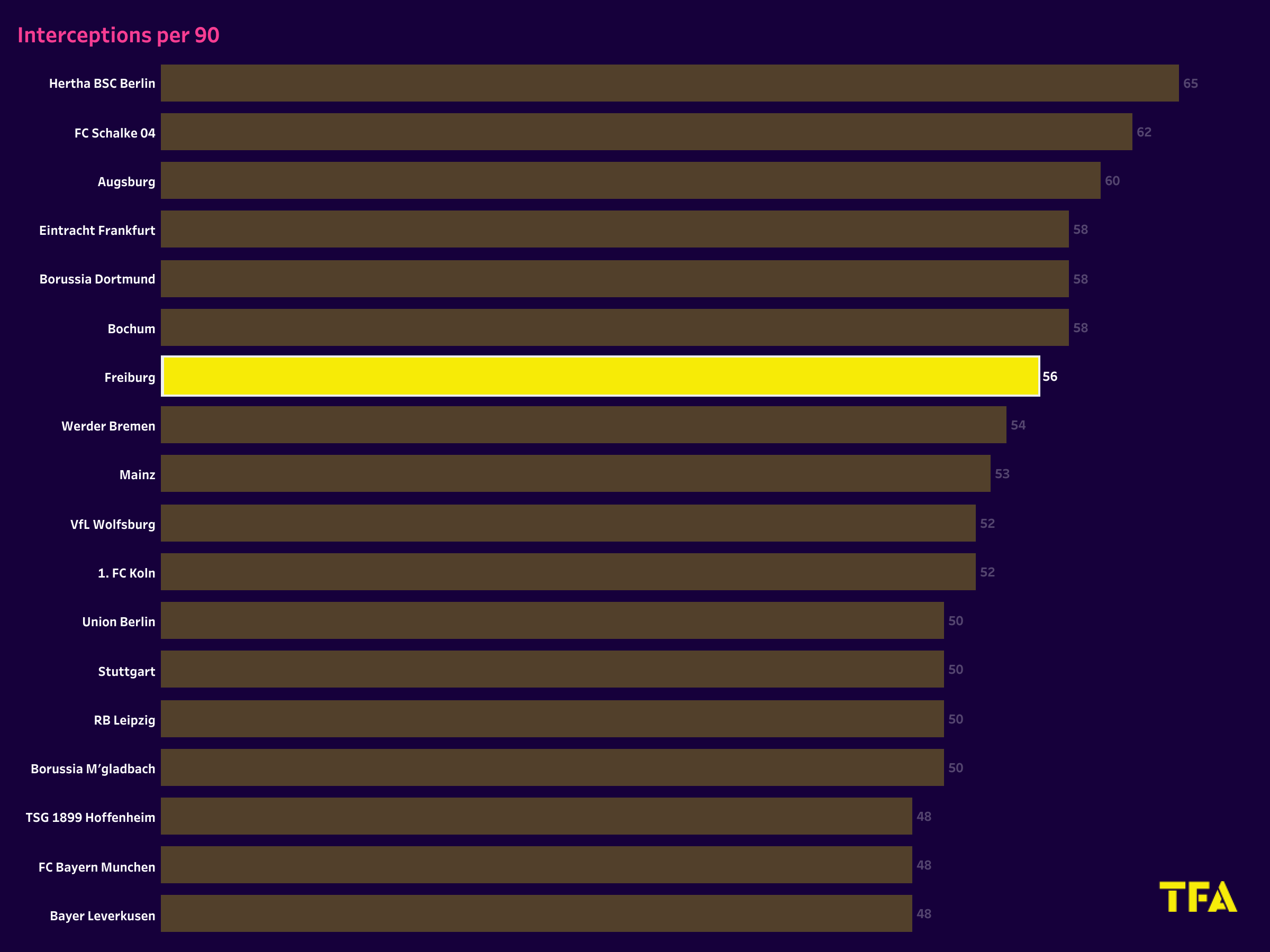 The above viz shows the interceptions made by Freiburg against Koln. We can analyse the above viz. and understand how making interceptions not just in the defensive third but also in the midfield and the attacking third helps a team defend well and launch attacks from there. They went on to win the match 2-0.

Freiburg also makes an average of 85.3 recoveries per game, with more than a third in the midfield. The above viz shows the recoveries made by the team in the same match against Koln. They recovered possession a lot of times in the midfield, with around 47% of recoveries in the middle of the park. This helps the team, as it breaks down attacks launched by the opposition and gives Freiburg possession back. They also make around 62 defensive duels on average with 58.5% success and around 51 aerial duels per 90 with 48.8% success. Their disciplined defence has helped them immensely on their way to the second position of the table, considering there are other teams who have scored more goals than they have.

Freiburg’s rise to the second position is a story of well-calculated teamwork and disciplined performance. They have been neat with possession, good at attacking, and very organised defensively. Christian Streich will be urging his players to continue their work post the World Cup as well and qualify for the UEFA Champions League next season.

Under the microscope: How Eintracht Frankfurt is becoming a big fish...

Schalke 04 fire their manager and replace him with someone familiar