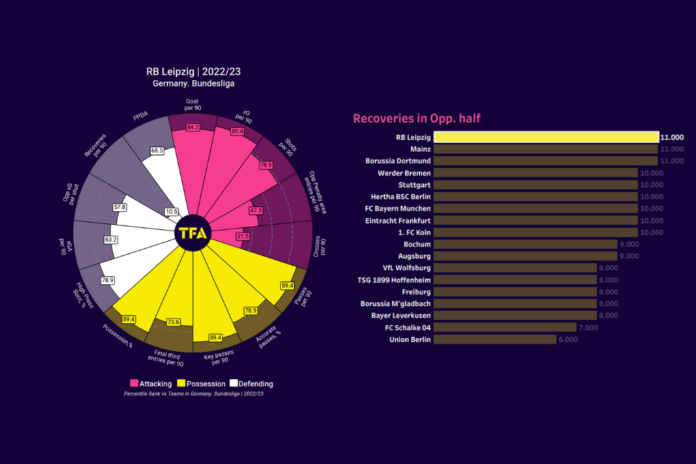 With their win over Werder Bremen on Saturday, RB Leipzig moved up to third place in the Bundesliga. They are unbeaten in their last eight matches in the Bundesliga and are experiencing an unbeaten run of 13 matches across all competitions. They have scored at least two goals in their last ten matches as well. Marco Rose’s men have found a way to go past almost all of their opponents recently and have 28 points from 15 matches, with eight wins, four draws, and three losses to their name. We look at some stats to see how Leipzig has been able to maintain their excellent form.

Leipzig have scored 30 goals in the Bundesliga this season and 13 in the Champions League. They have managed to find the goals whenever required. They defeated Real Madrid 3-2 in the Champions League and finished second in their group. Their quick passing and movement have been brilliant as they split open the opposition’s defences with accurate through balls. 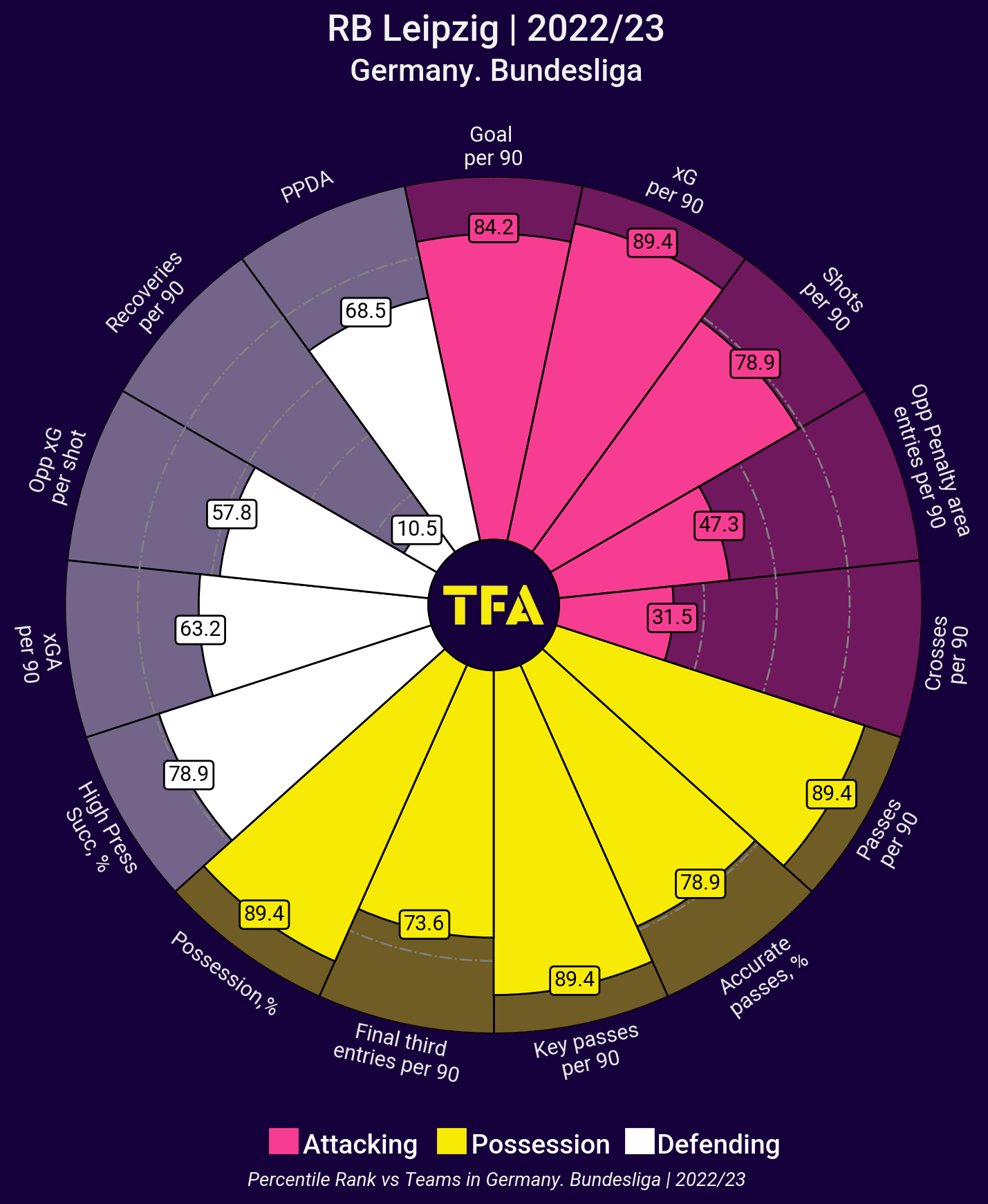 Another important reason for their success is their passing. Their quick and accurate passing has made it extremely difficult for opponents to defend against. As the pizza chart suggests, they are among the top 89.4 percentiles for key passes. With fast players like Timo Werner and Christopher Nkunku who can make good runs in behind, they pose a great threat at the opposition goalpost.

Leipzig have had a decent season defensively. They have conceded nine goals in the Champions League and 21 goals in the Bundesliga so far. But their ability to score as many goals as their opponents has made things easier for their defence. 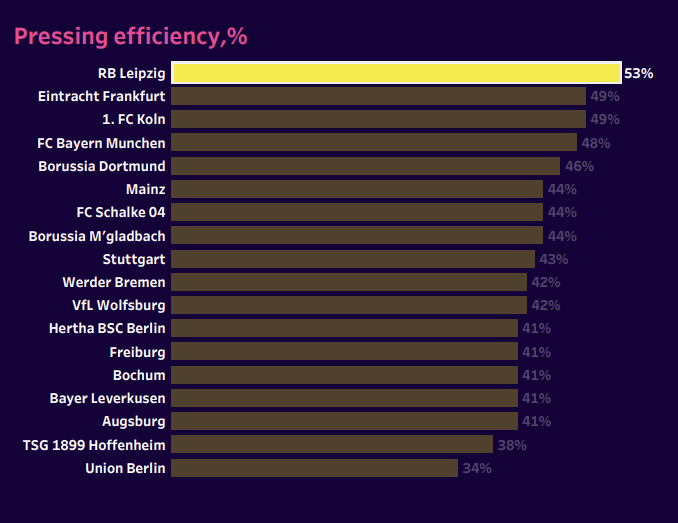 It is said that defence starts from the front, and Leipzig are following it very well as they press the opposition very high and under Marco Rose, they have deployed a system with high press and have had a very high pressing success as well. They are in the top 78.9 percentile for high press success rate and have the best pressing efficiency in the league with a 53% success rate. 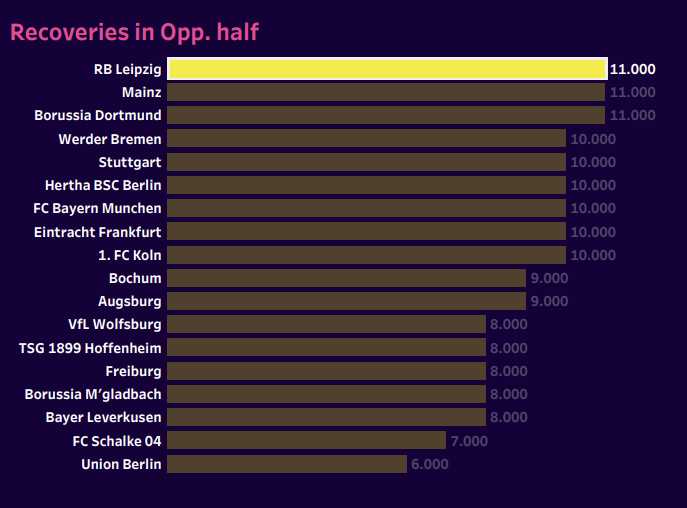 RB Leipzig also have the best record for recoveries in the opposition half of any team in the Bundesliga. They make at least 11 recoveries in the opponent’s half per game, and this helps them not just prevent attacks but also counterattack. Overall, they make an average of 83 recoveries per game as well. Leipzig also competes in around 60 defensive duels with a 61.5% success rate and around 33 aerial duels with a 46.5% success rate. Marco Rose’s men make around 43 interceptions per game and have conceded an average of 1.4 goals per game as well. They have so far conceded 21 goals this season and will be looking to make the defence more solid in the remaining part of the season.

The above visual shows the aerial duels from Leizpig’s match against Bayer Leverkusen. They contested 15 aerial duels and won 12 of them, for an 80% success rate. Their dominance in the air was really good and helped them win duels.

RB Leipzig are enjoying a hot run of form and have concluded their season before the World Cup on a high note. They are currently in third place behind Bayern Munich and Freiburg with 28 points. Marco Rose will be hoping that his players can continue in the same vein after the World Cup as well.