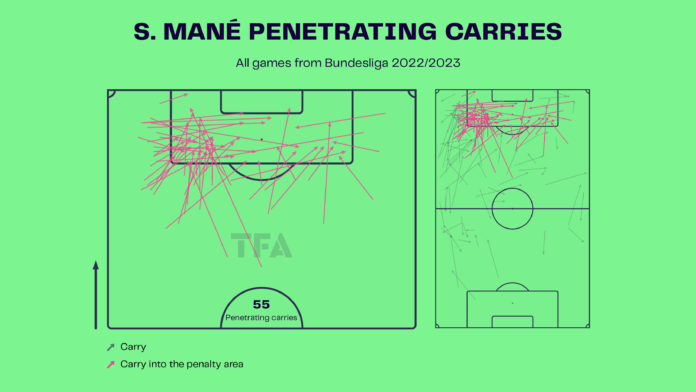 Bayern Munich bid farewell to Robert Lewandowski in the summer of 2022 in search of younger blood. Although they couldn’t bring in a new striker, they managed to sign an experienced player in the form of Sadio Mane. The 30-year-old, at the peak of his career, has gelled well within his new club and is looking comfortable playing in the Bundesliga. With his incredible speed, high pressing, and killer instinct in front of the goal, Mane brings a set of qualities to the table that any manager would love to have. We take a look at some stats to understand how Sadio Mane has made Bayern’s attack more dangerous. 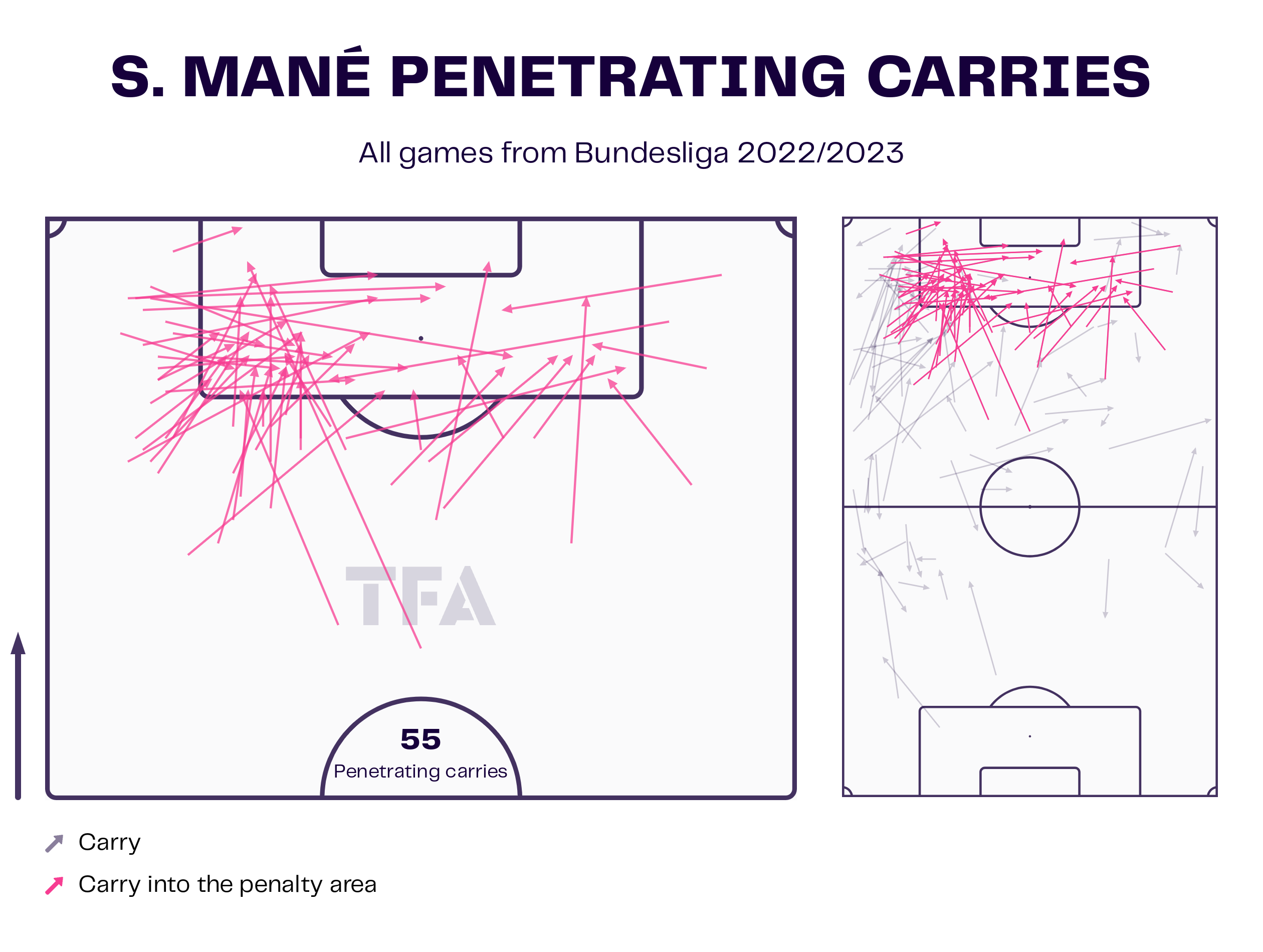 Sadio Mane has made 55 penetrating carries so far this season. The 30-year-old uses his dribbling skills and speed to carry the ball in a quick spell of play. Under Julian Nagelsmann, Bayern are playing with more verticality, and a player of Sadio Mane’s profile who can carry the ball forward with pace has helped Bayern immensely. With his speed, control, and strength, Mane helps Bayern in their direct approach and can either finish it himself or find an arriving player. 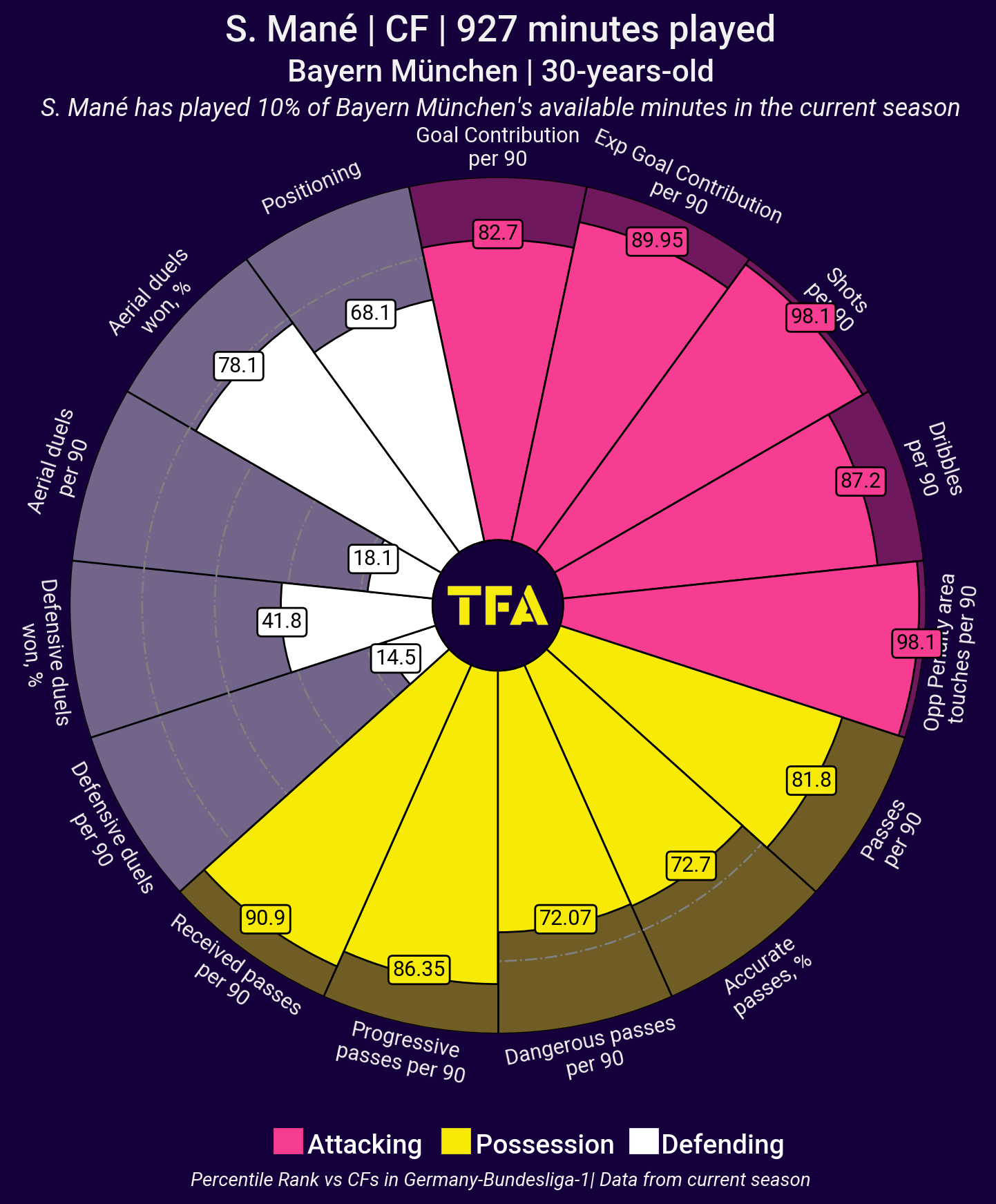 The above viz shows the percentile rank of Sadio Mane compared to other centre-forwards in the Bundesliga. As the pizza chart suggests, Mane ranks among the top 87.2 percentile of centre forwards when it comes to dribbling and averages 5.89 dribbles per game with 56.5% success. The 30-year-old also averages seven touches in the penalty box per game, making him one of the Bundesliga players with the most touches in the box. 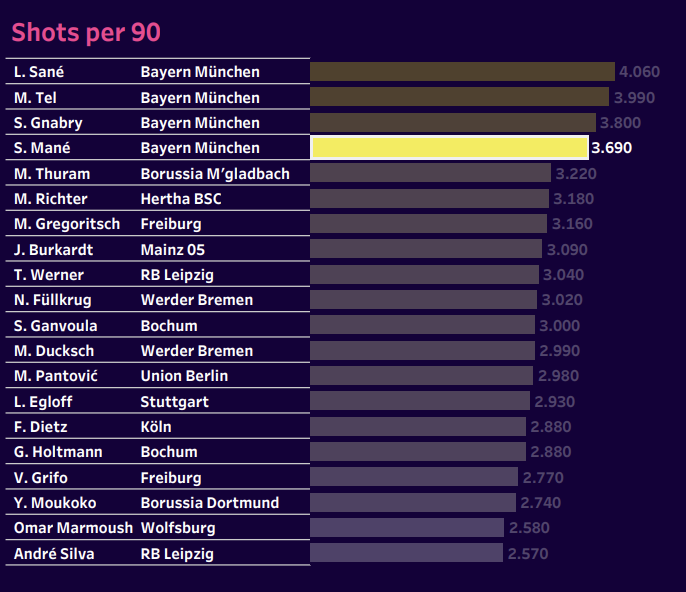 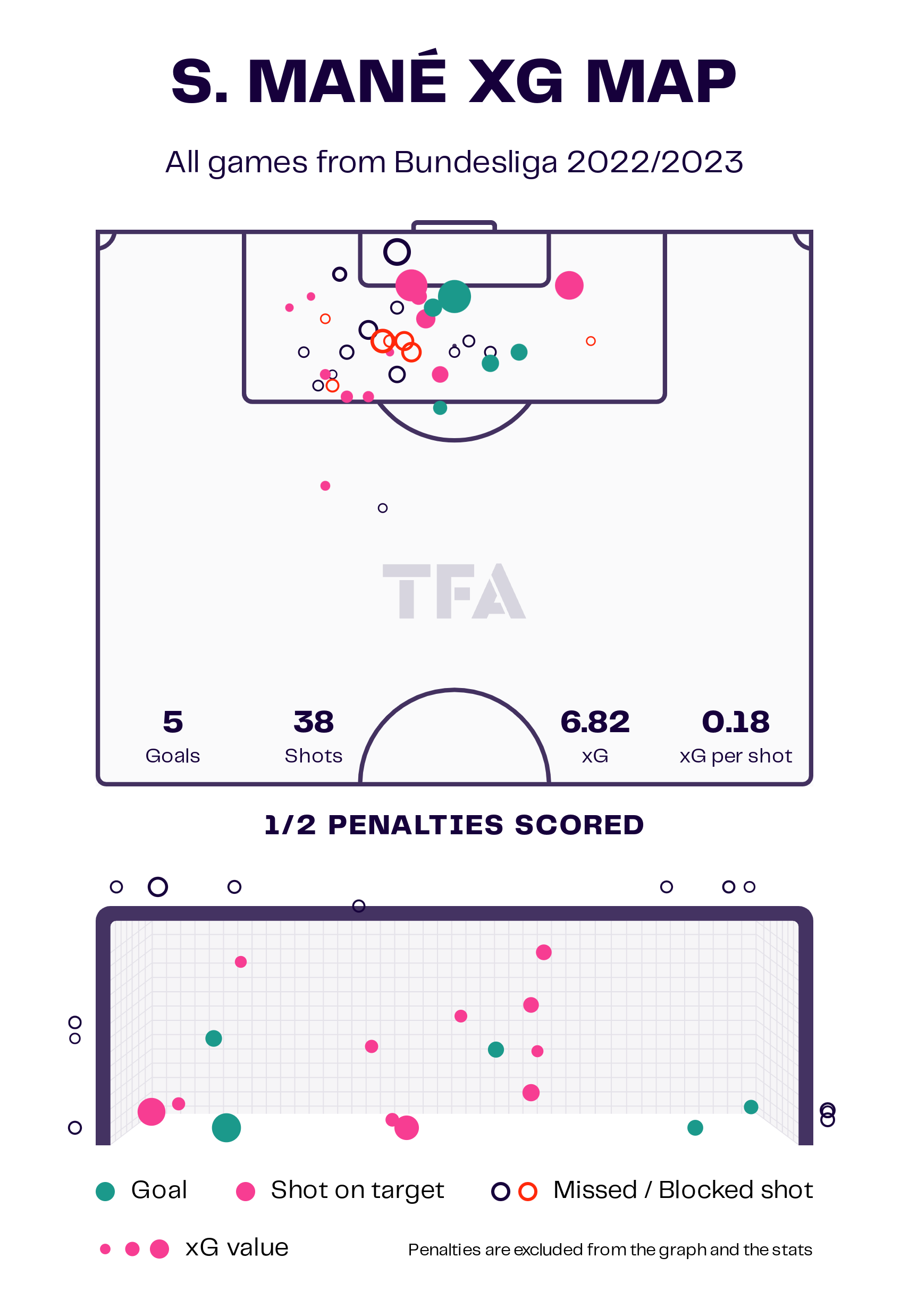 The former Liverpool player has scored six goals and registered three assists this season for Bayern Munich. He has an xG rate of 6.82 this season and an average of 0.79 xG per game. He almost always positions himself in the right place at the right time and therefore has a good chance of finding good scoring opportunities as well. He has also scored three Champions League goals in a Bayern shirt.

With the addition of Sadio Mane, Bayern Munich has the highest efficiency in counterattacks in the Bundesliga. They have scored a total of 47 goals already this season, with a major chunk of them coming through quick counterattacks.

Bayern Munich this season has looked more dangerous than ever before, and with the addition of Sadio Mane, it has become a nightmare for the opposition’s defense. Sadio Mane has not let Bayern Munich miss Robert Lewandowski at all with his constant attacking threats and the ability to find goals.

The Statistics: A draw between Brazil and Ecuador in Copa America...