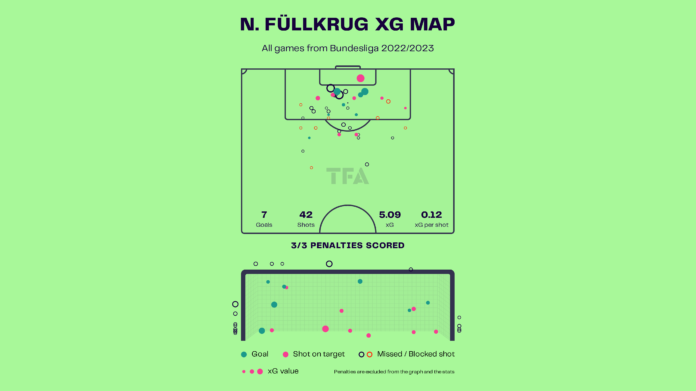 Niclas Fullkrug was signed by Werder Bremen in 2019 and is having an incredible season in the Bundesliga. The German international has scored ten goals this season already and has two assists to his name as well. He has helped his side climb to the ninth position in the Bundesliga with 21 points from 15 matches. Fullkrug has been a strong presence in the attacking third for Werder and uses his strength and killer instinct in front of the goal to find the back of the net. His incredible form this year has earned him a spot on the German side for the World Cup as well.

We take a look at some stats to understand why Niclas Fullkrug will be a player to watch out for in this World Cup.

Niclas Fullkrug has played 14 matches this season and has started all of those matches. He has ten goals and two assists to his name so far in the Bundesliga and scored in the international friendly against Oman as well. 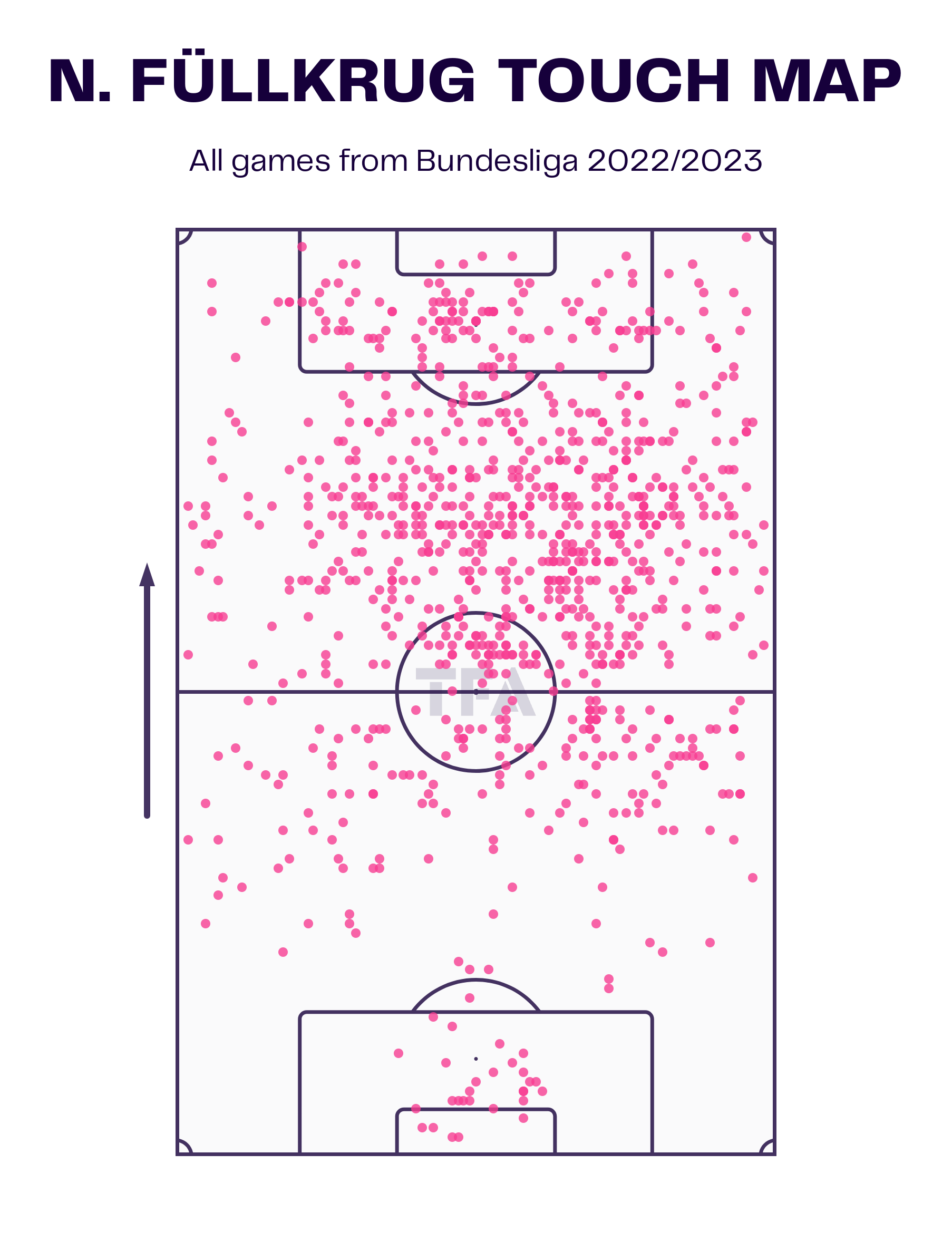 The above viz shows the touch map of Niclas Fullkrug in the Bundesliga this season. Fullkrug usually plays as a centre-forward and likes to hold up the play. He is a classic number nine, uses his strength to hold his place against challenges, and has a fantastic aerial presence as well. He enjoys 4.23 touches in the opposition’s penalty area and wins around ten offensive duels per game as well. He also likes to occupy the free space and create danger as well. 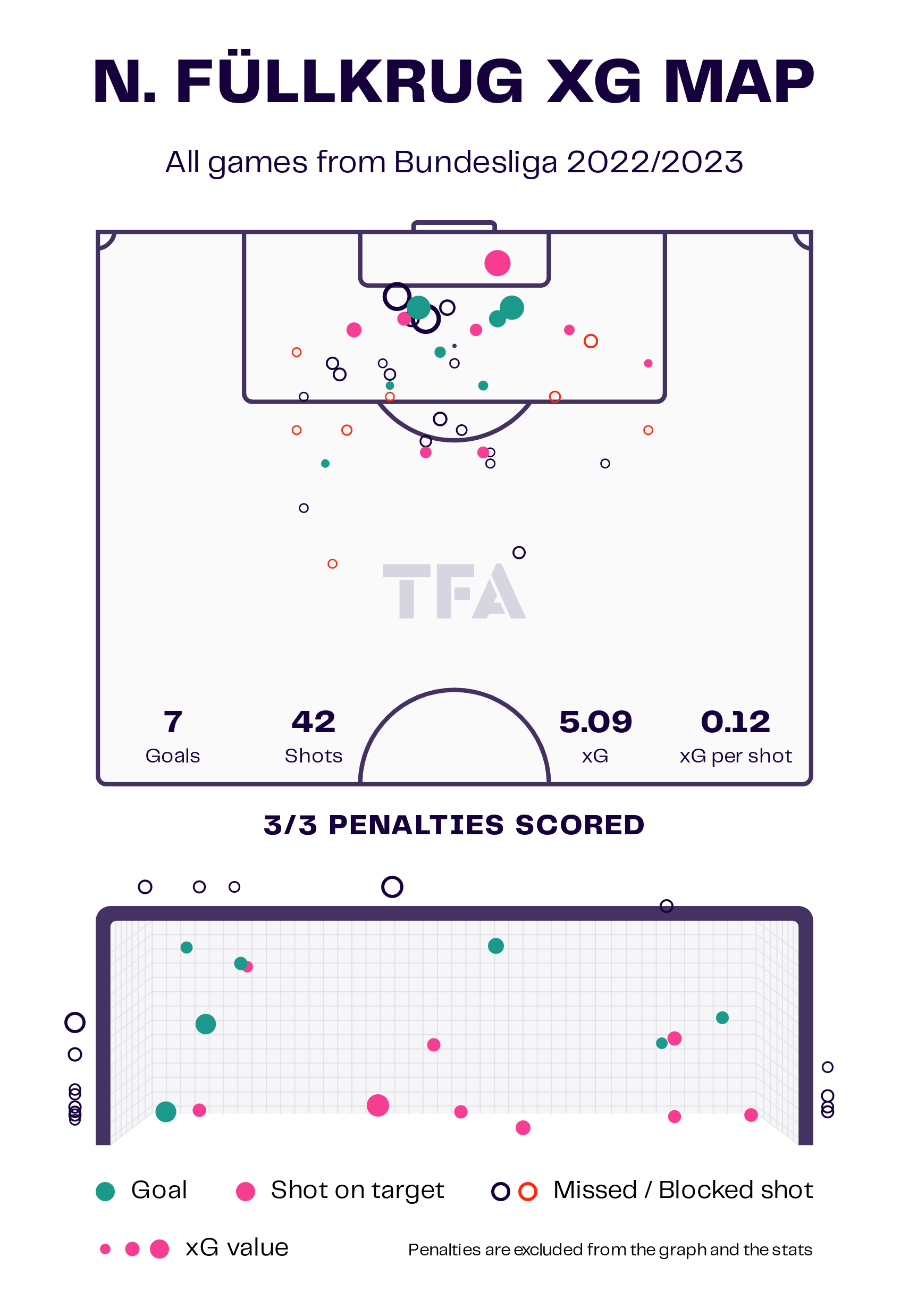 The above viz shows the xG map of Niclas Fullkrug. He has tried a total of 42 shots and has managed to convert seven of them. Of these 42 shots, 27 of them were from inside the penalty box, and 16 of them were on target. He has scored on three spot kicks as well. Fullkrug takes an average of 3.43 shots per game, with 40.6% success. He has an average xG of 0.53 and has gone on to exceed his xG and average of 0.54 goals per game as well. Fullkrug has opened his international tally of goals against Oman with a goal. He scored a second, which was ruled out due to offside. 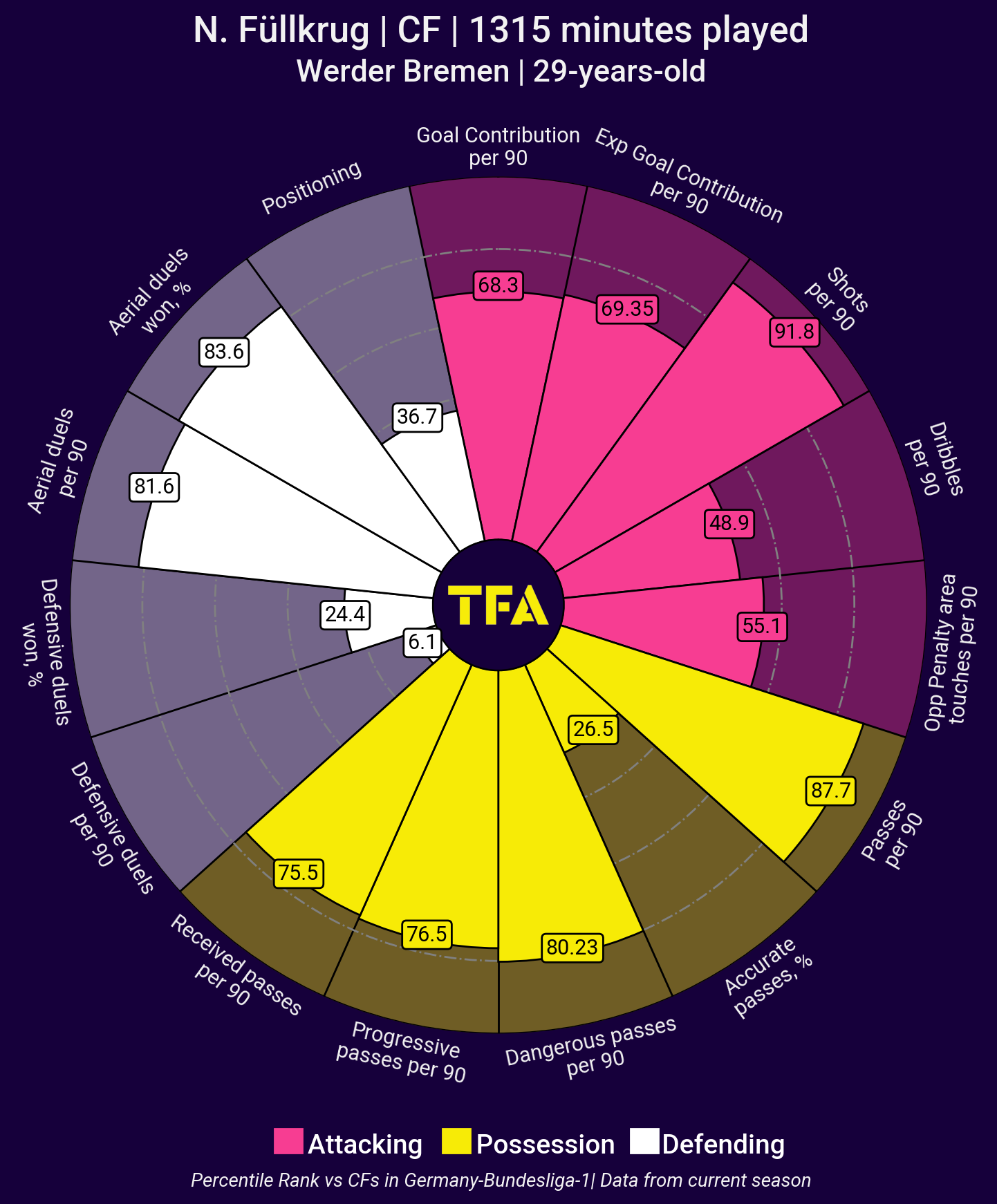 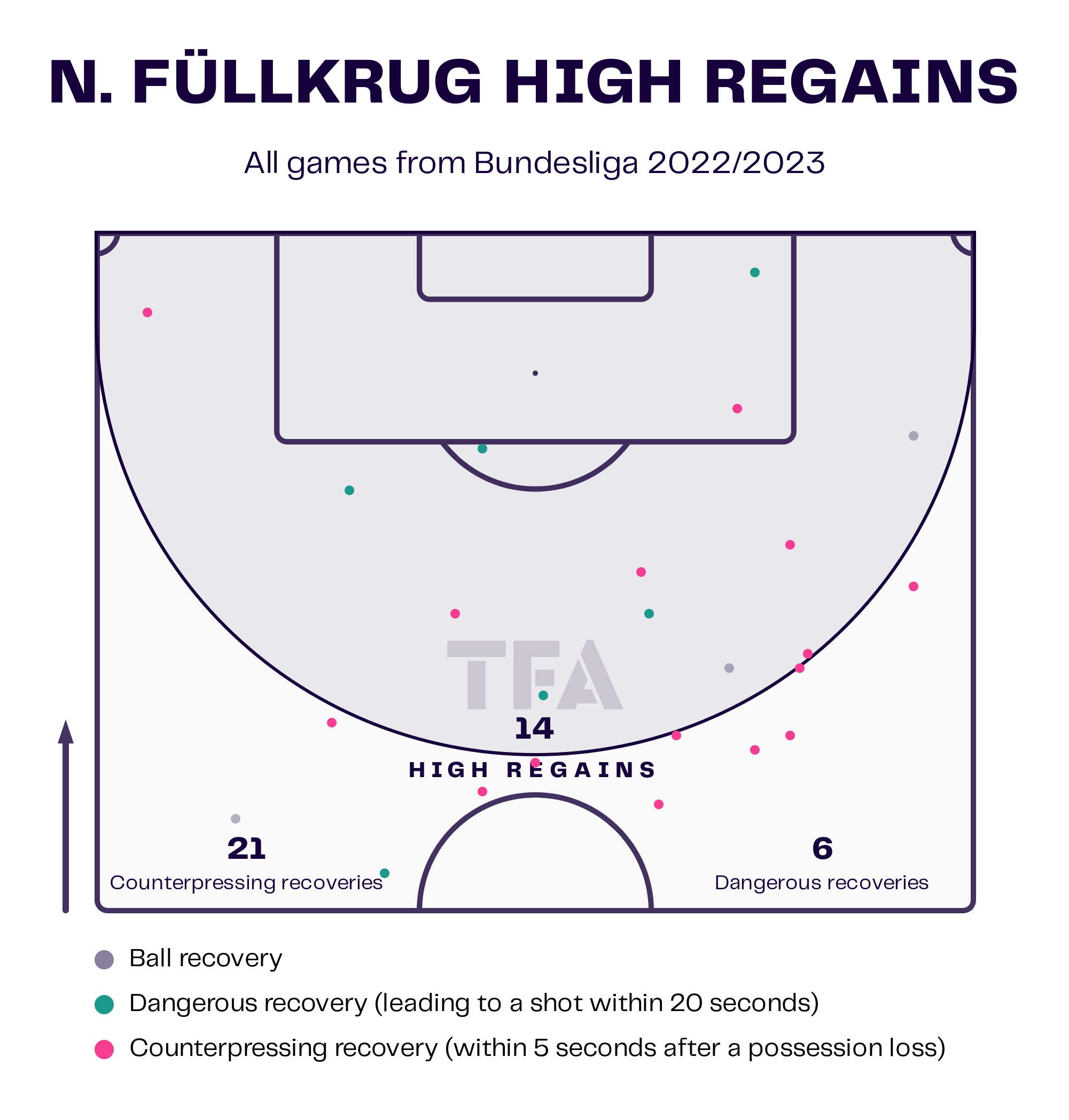 The above viz shows the high regains made by Niclas Fullkrug. He makes 2.68 recoveries per game, with 66% of them coming in the attacking half. These high regain include 21 counter-pressing recoveries and six dangerous recoveries. These high regains have helped the team immensely to counter-attack and score as well. Hansi Flick will be happy to let Fullkrug lead the German army from the front with his high recoveries.

Niclas Fullkrug has been in incredible form this season and has earned a place on the national team as well. He has some incredible players around him on the German side who can give him the perfect pass in the final third. With his finishing abilities and ability to be in the right place at the right time, he and his country could have a memorable World Cup.

Data Pack: A draw between Venezuela and Ecuador in Copa America...