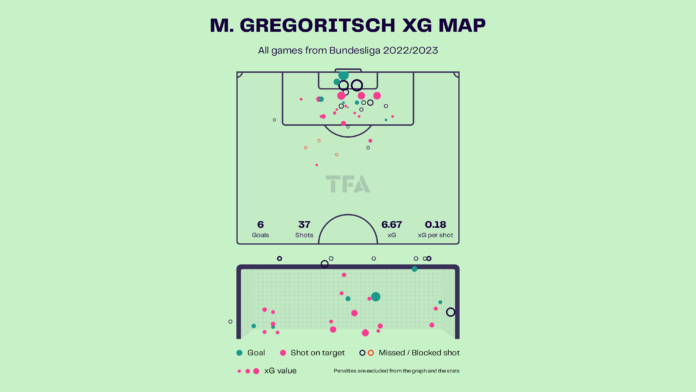 SC Freiburg’s success has been one of the stories of the season in the Bundesliga. They are in the second position with 30 points from 15 matches. Freiburg has scored 17 goals this season. Their new signing from Augsburg, Michael Gregoritsch, has repaid the faith by scoring a third of their goals. He is their top scorer this season with ten goals in all competitions. The Austrian forward has six goals and three assists this season. His contributions have helped them climb up to the second position in the Bundesliga. Therefore, we look at his stats to further understand Gregoristch’s dream debut season for Freiburg.

Michael Gregoritsch has been a regular starter for Freiburg and has started all the matches. He has scored six goals and assisted three more in the Bundesliga. Gregoritsch has also scored three times in the Europa League and once in the DFB Pokal. 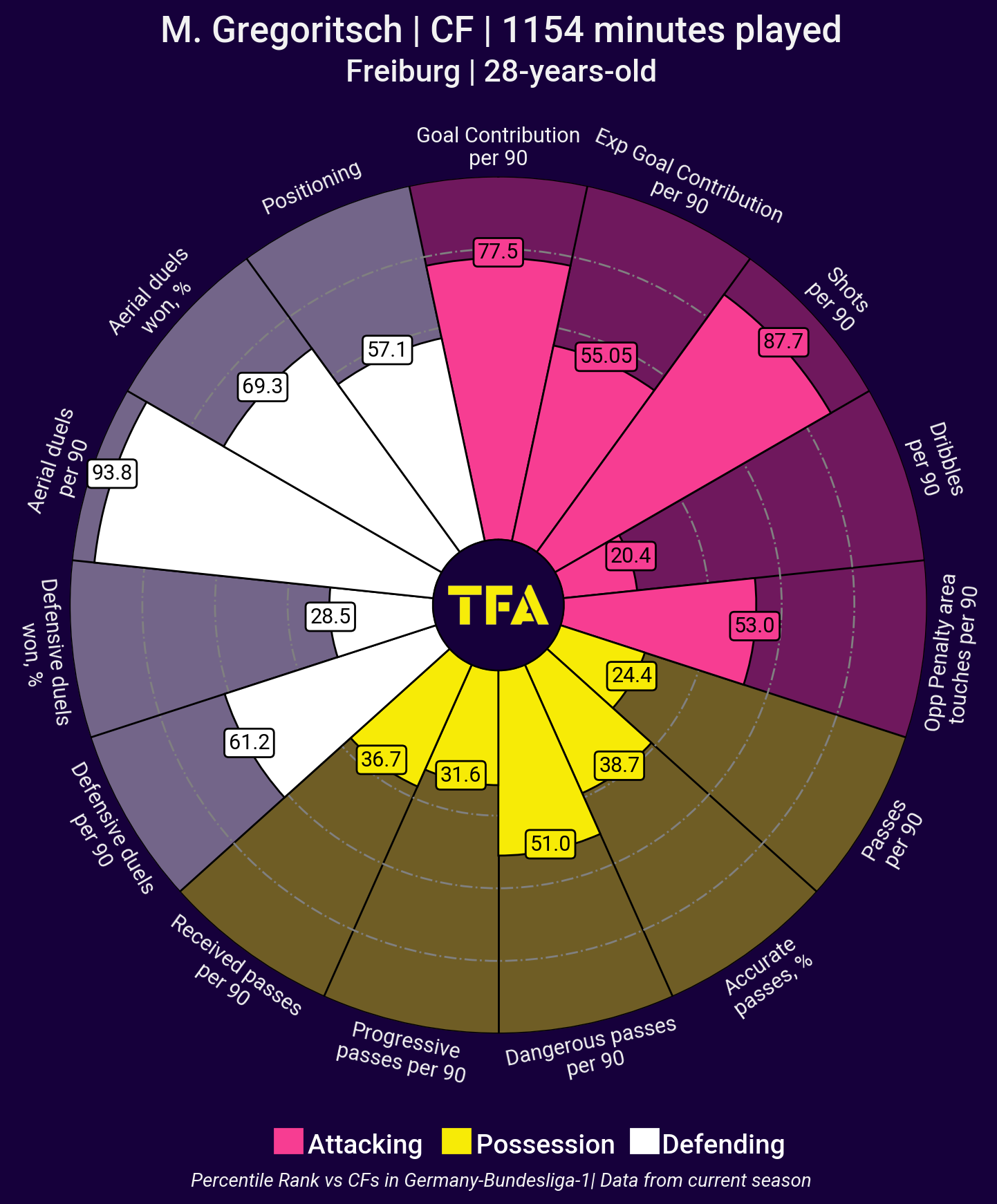 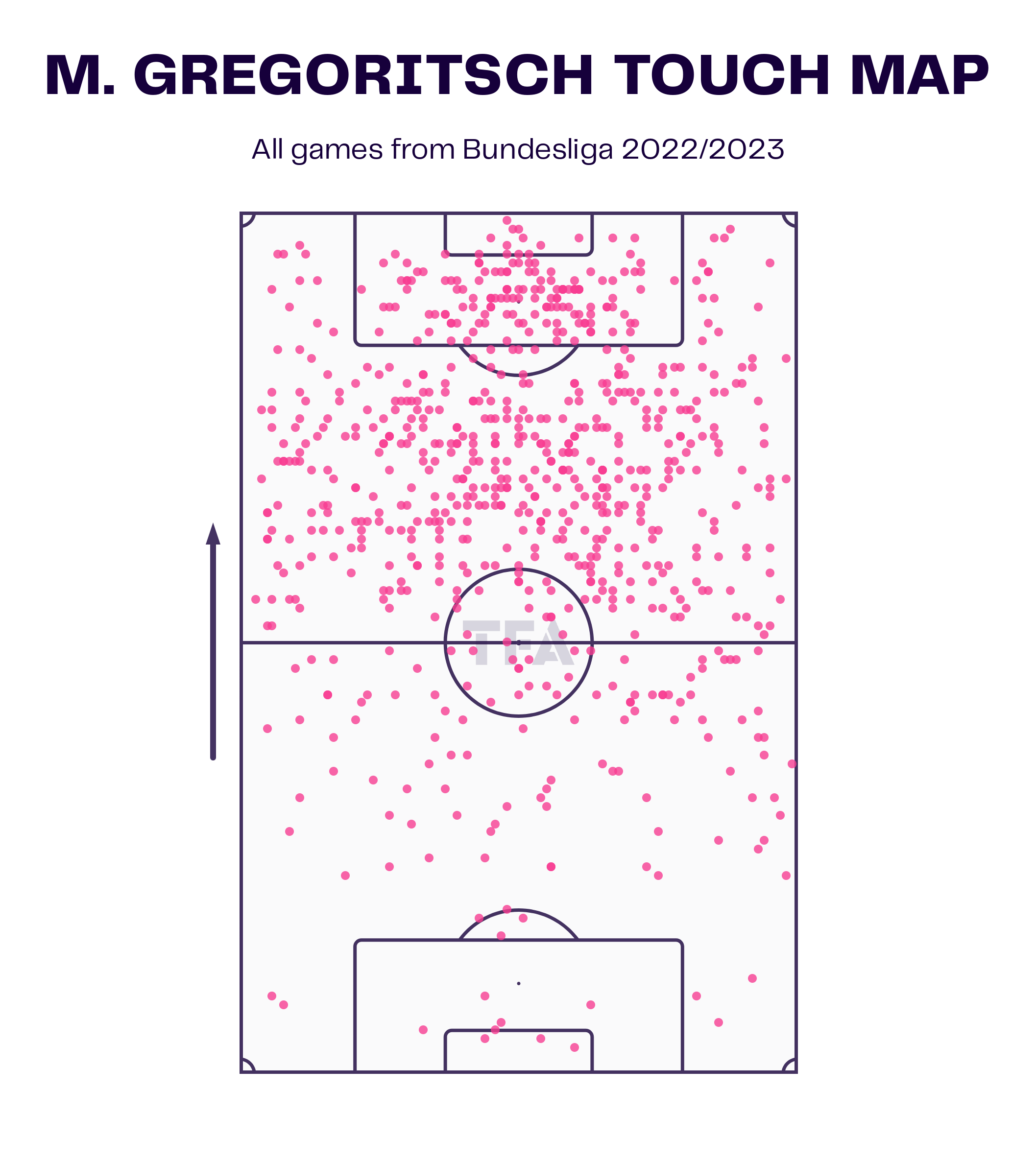 The above visual shows the touch map of Michael Gregoritsch in the Bundesliga this season. He has played both as a winger and as a centre forward and therefore has occupied both central and wide positions. Being a natural striker, he likes to stay centrally and wait for the ball to be played to him. Gregoritsch enjoys an average of 3.74 touches in the penalty area and has proven dangerous in front of the goal. 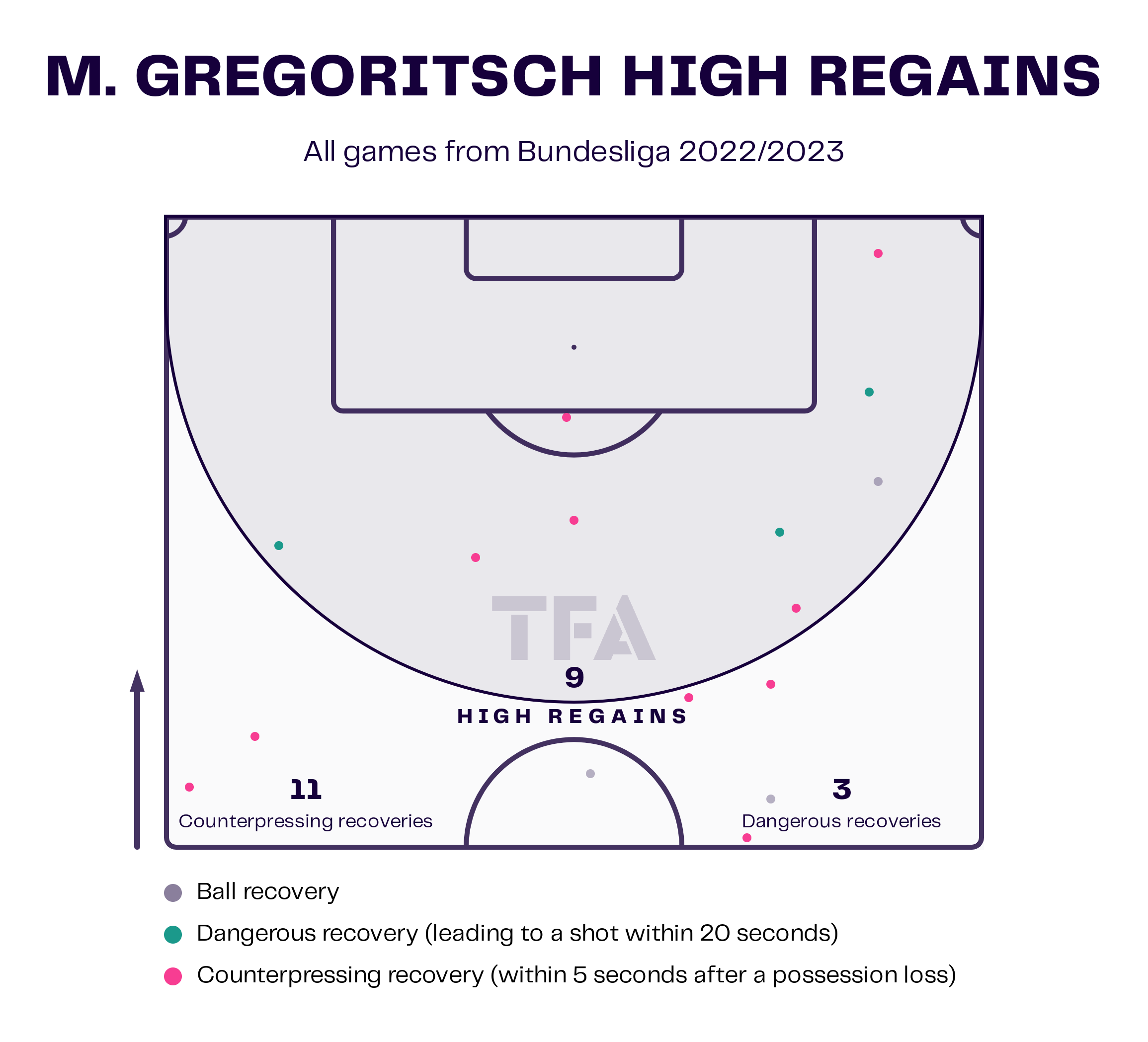 Another way in which Gregoritsch contributes to Freiburg’s attack and defence is through his high regains. His regains, although not as high a number as some other players in the league have helped them regain possession in attacking areas. The Austrian forward has made 11 counter-pressing recoveries and three dangerous recoveries, some just outside the penalty box. He makes an average of 2.03 recoveries per game, with almost 81% of them in the attacking half. 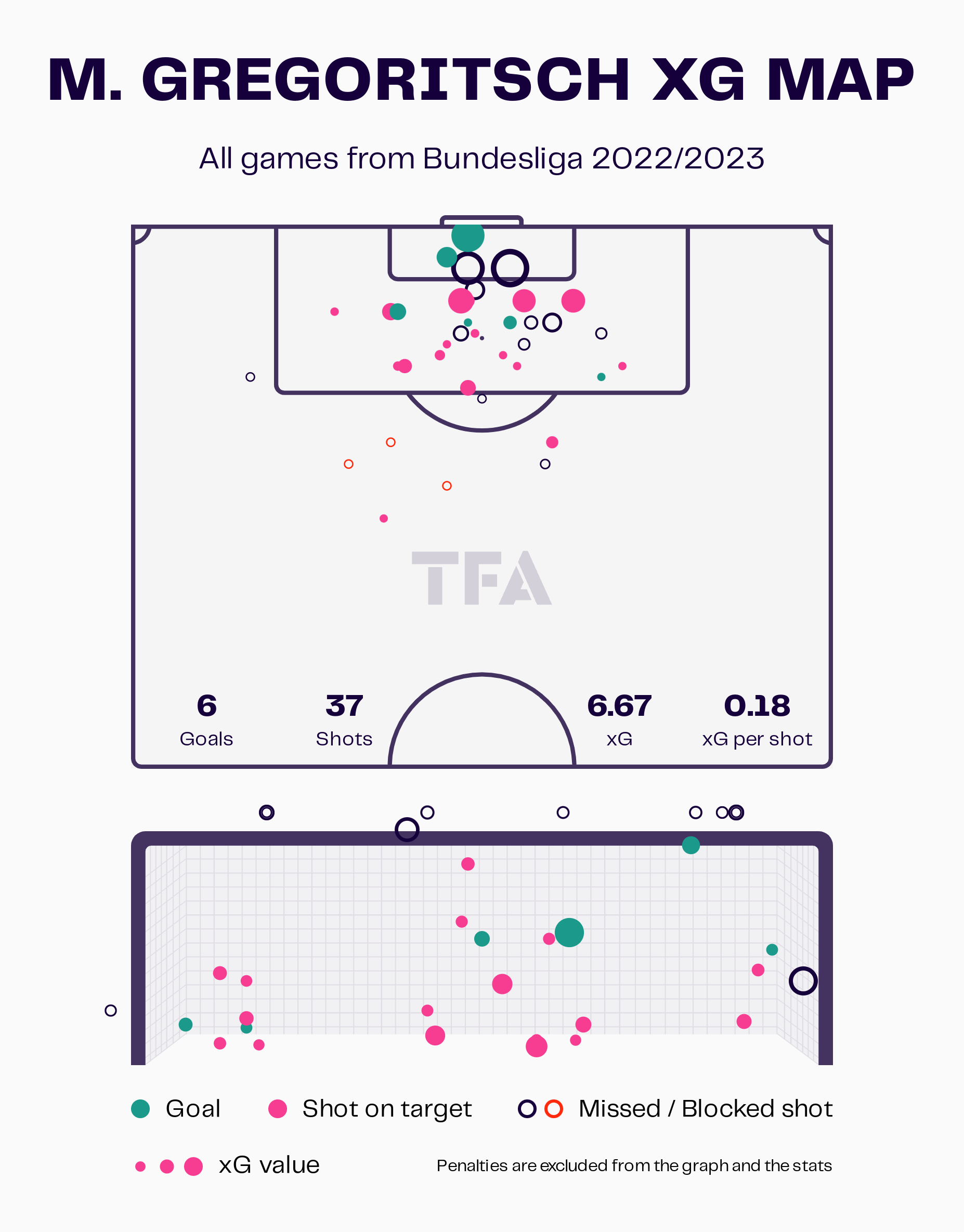 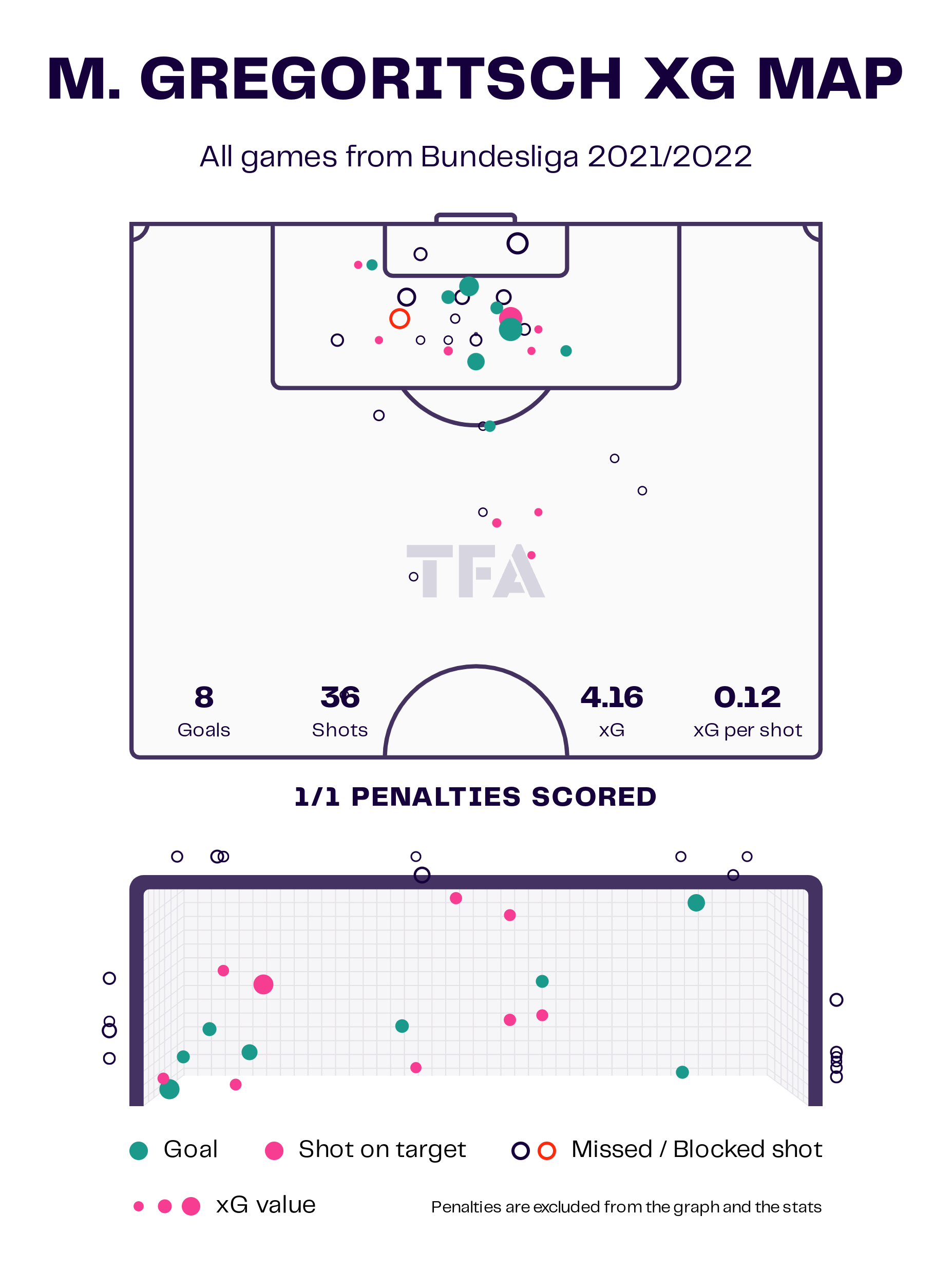 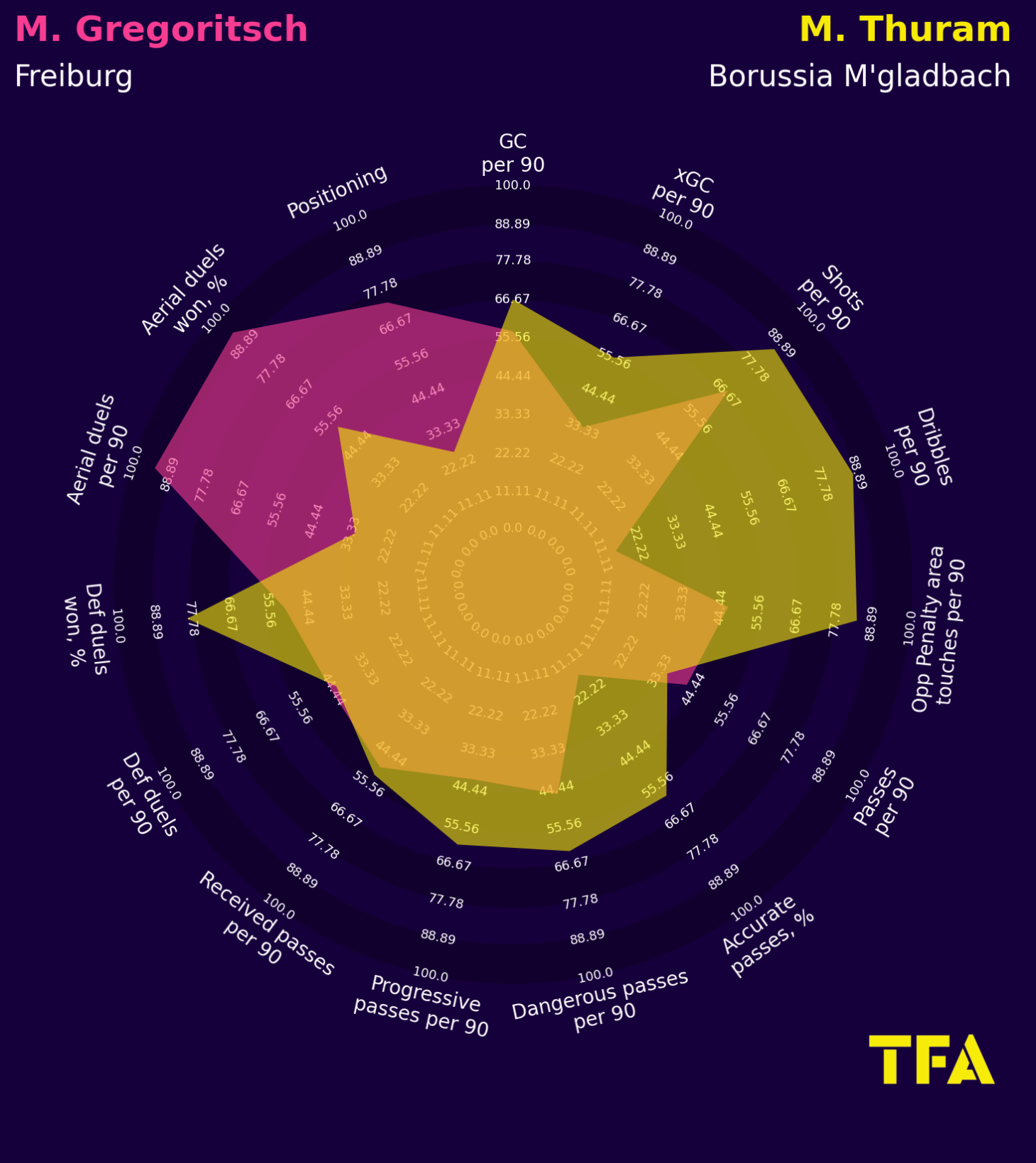 Michael Gregoritsch has been an incredible signing for Freiburg and has often been the difference. He has made an impression in every competition in which he has appeared for Freiburg and has consistently found the back of the net. Freiburg manager Christian Streich will be hoping Gregoritsch continues his rich vein of form in the second half of the season too.

Under the microscope: The data behind Freiburg’s rise to second place...

Haaland was attracted to Dortmund’s vision