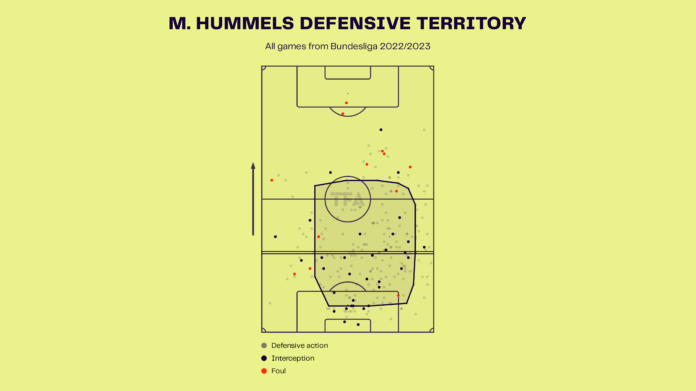 Mats Hummels is 34 years old and is still one of the best defenders in the Bundesliga. The German International has been a solid presence in Borussia Dortmund’s backline and has stopped many attacks from reaching their destination. The veteran has played a big role this season too, as he has single-handedly prevented Dortmund from conceding goals. Therefore, we look at his stats to understand why Mats Hummels is still one of the best defenders even at his age. 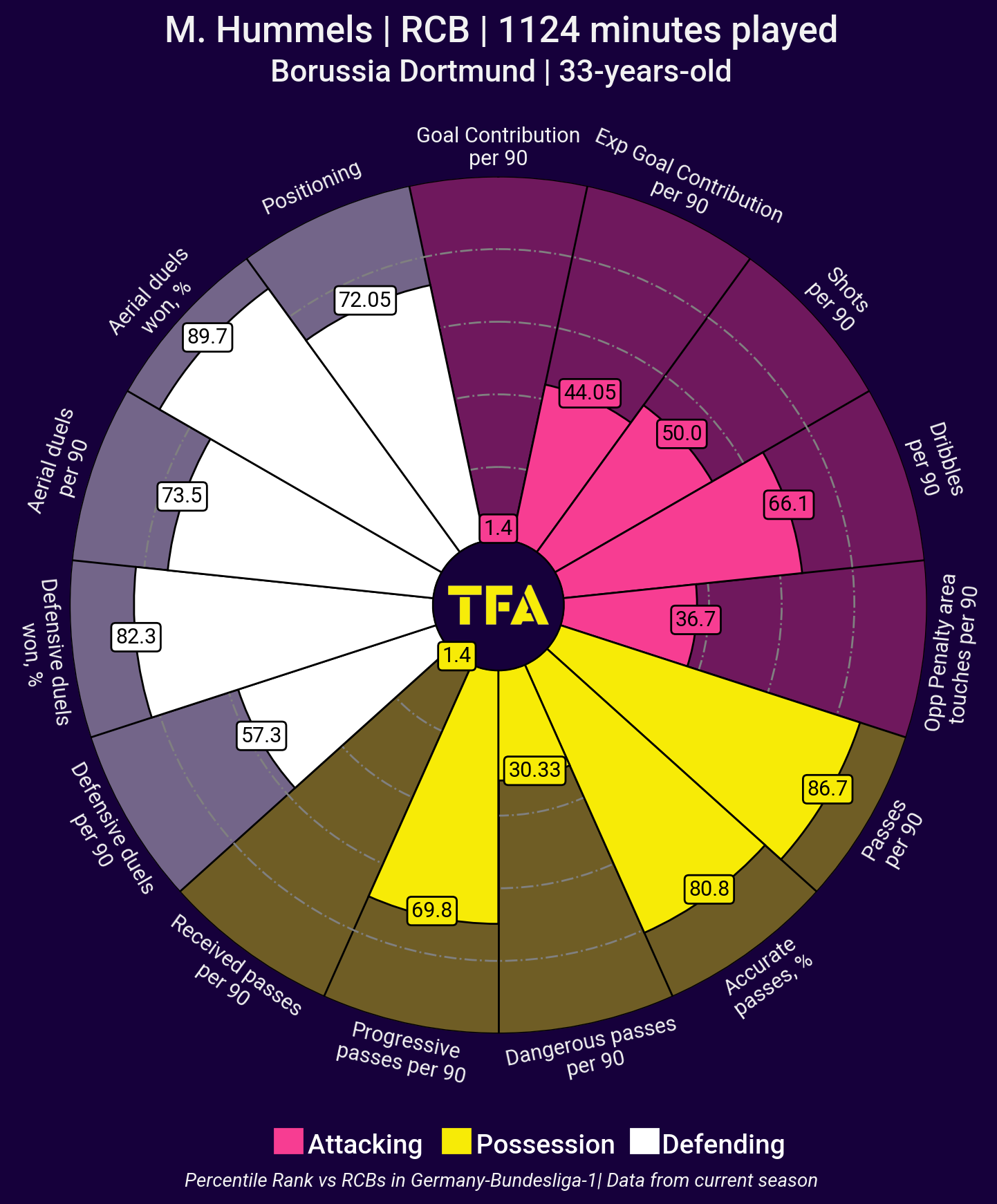 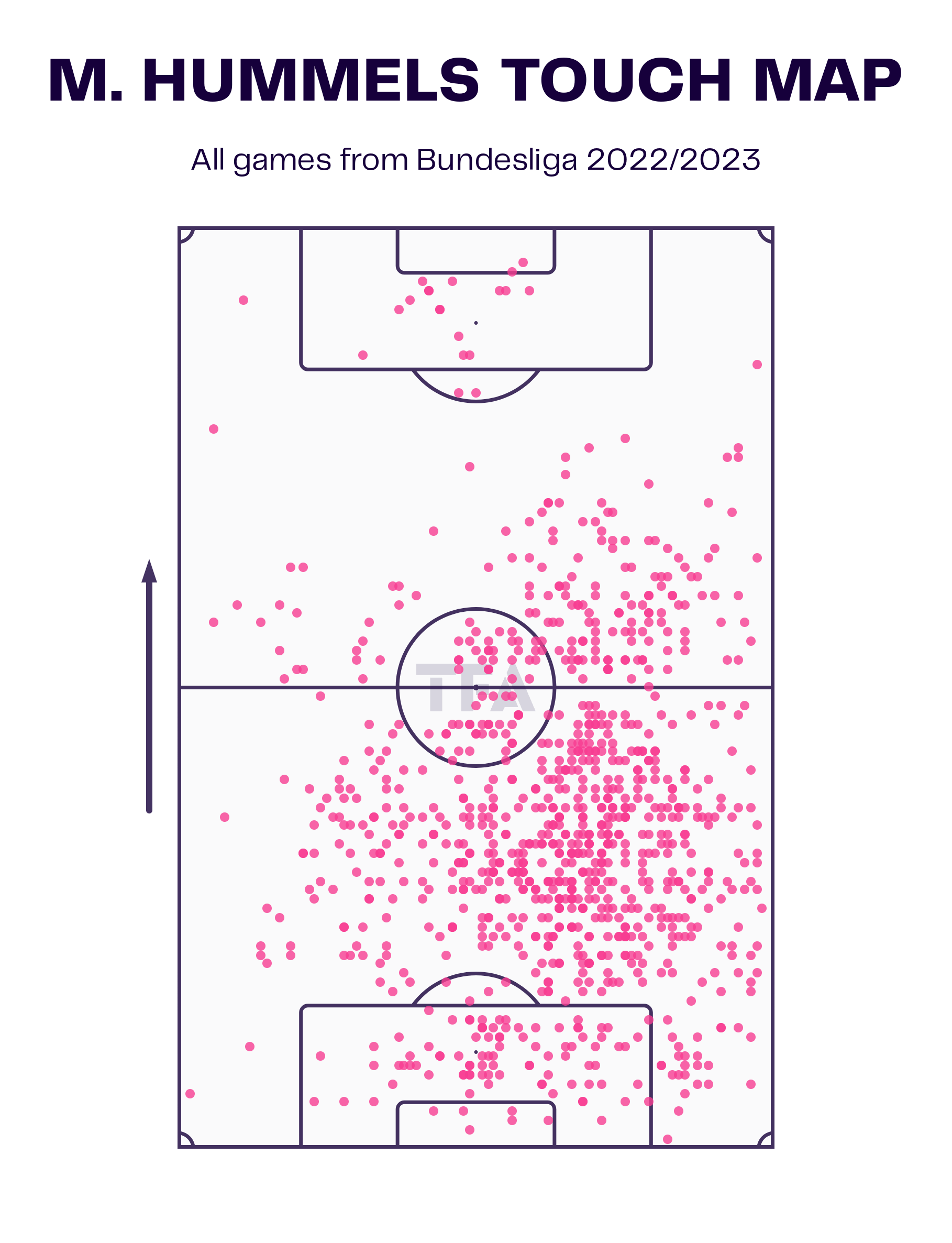 The above visual shows Mats Hummels’ touch map from the current Bundesliga season. He plays as a right centre-back for Borussia Dortmund and has taken most of the touches in the defensive half. We can observe that he also gets into the opponent’s penalty area sometimes, which is mostly for corners. His presence in the backline has been crucial for Borussia Dortmund. 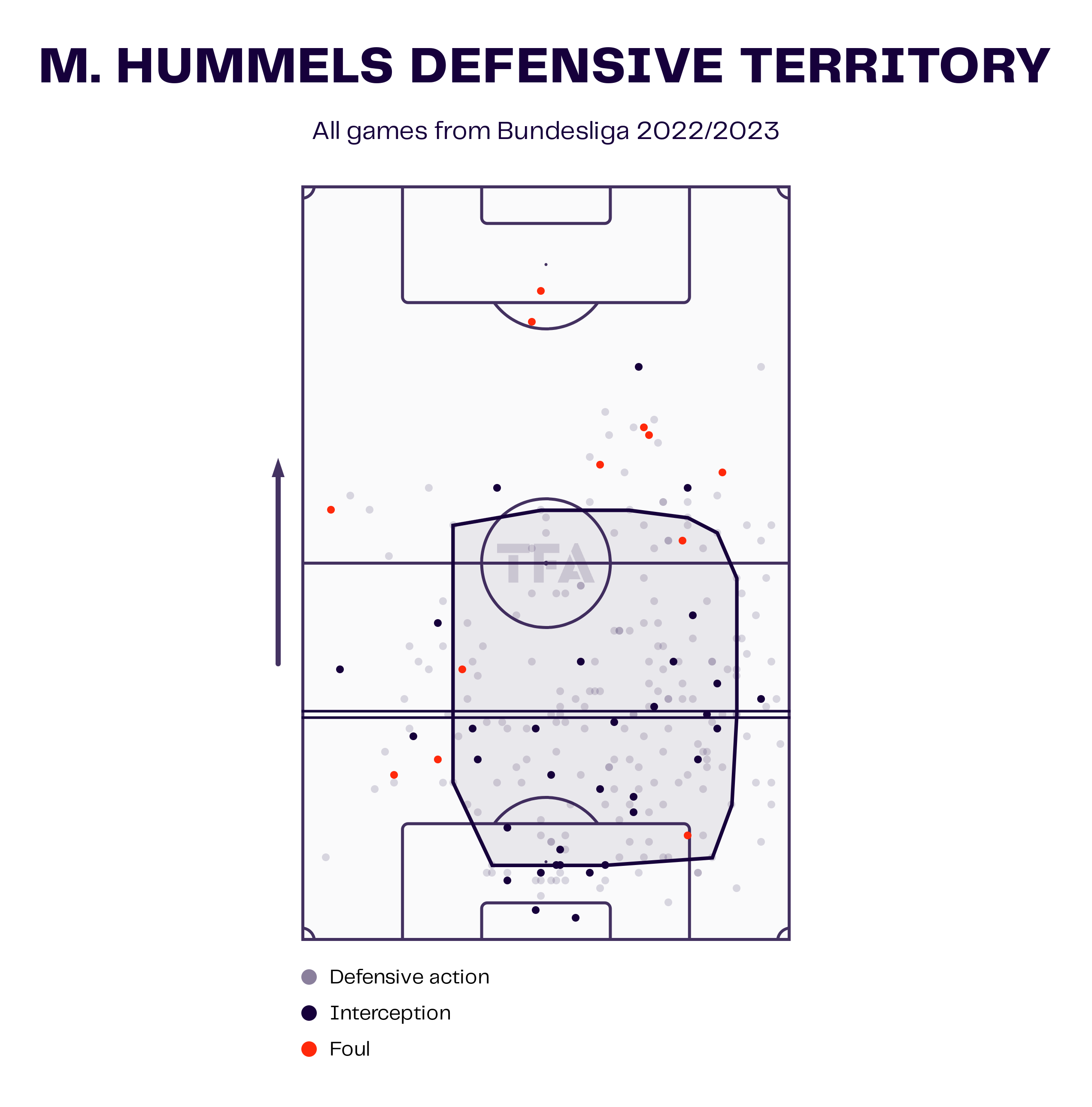 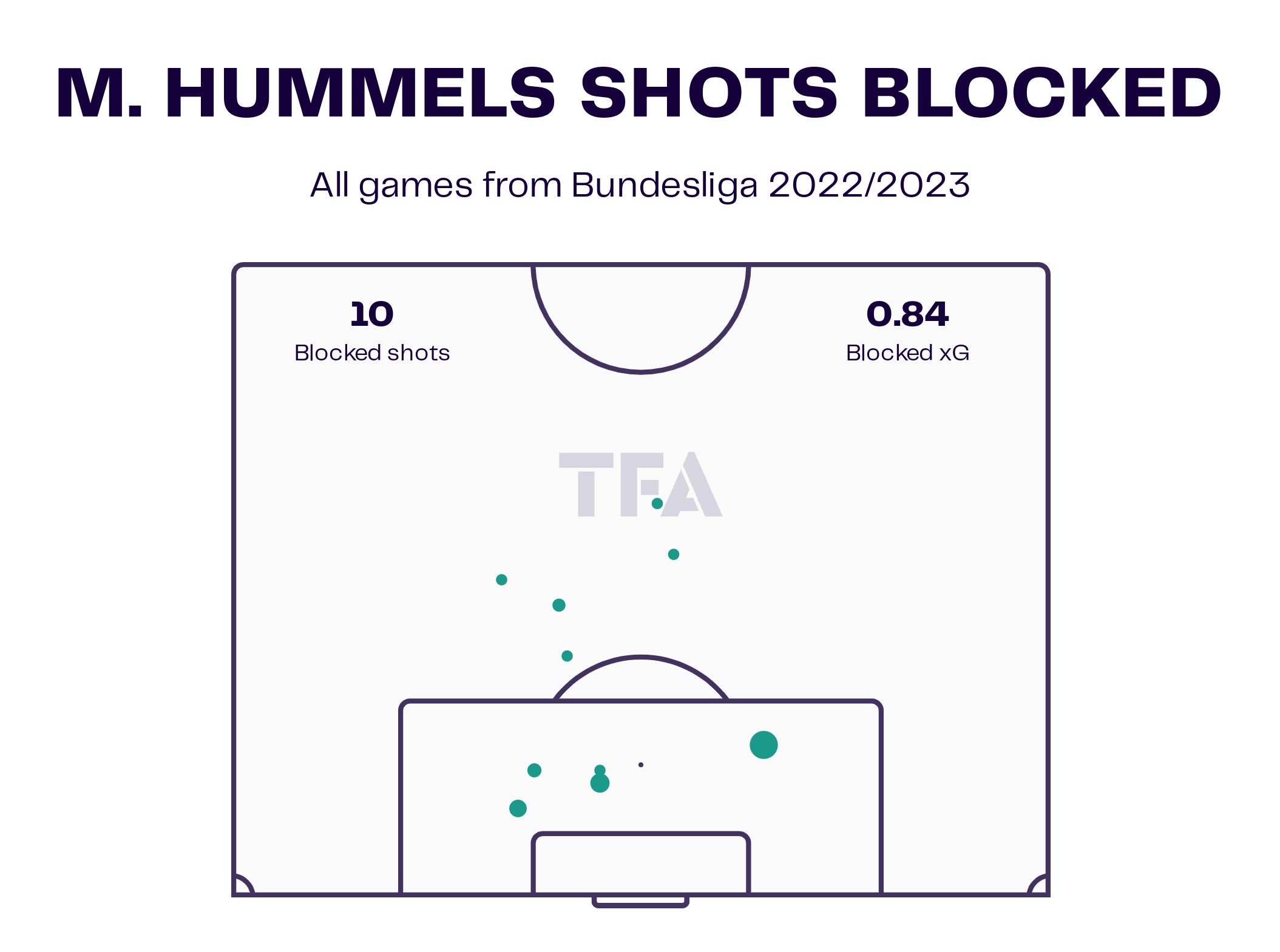 The above visual shows the shots blocked by Mats Hummels in the current season. He has blocked ten shots this season and made an average of 2.56 clearances per game. The veteran has single-handedly blocked some shots that otherwise could have been goals. 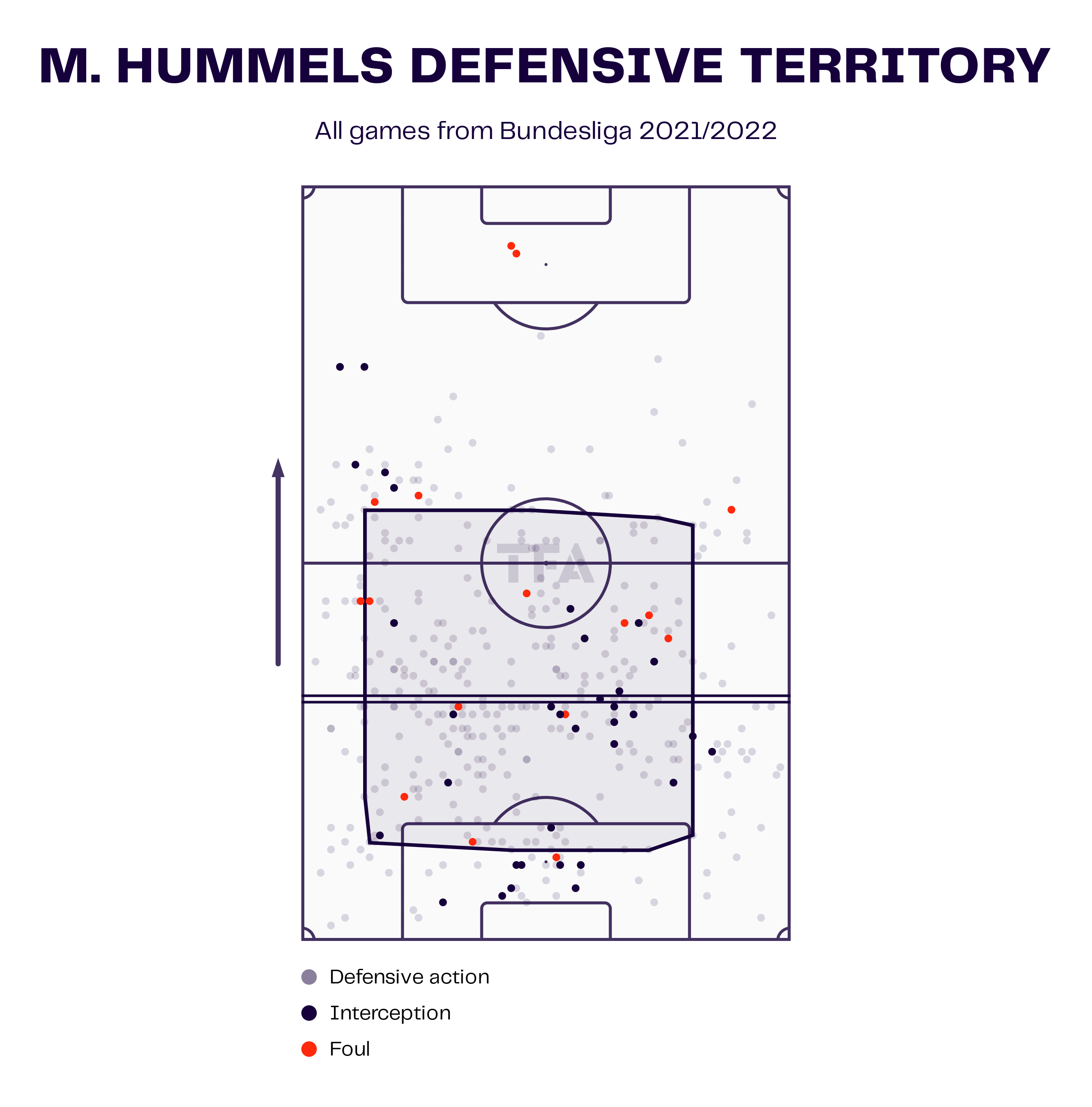 The above visual shows Mats Hummels’ defensive territory from the previous season. He has made an average of 6.5 defensive duels per game with 71.3% success. Hummels has also made around 5.83 aerial duels per game with a success rate of 63.1%. These numbers have increased this season. The average number of interceptions per game has also seen an increase from last season’s 4.78. 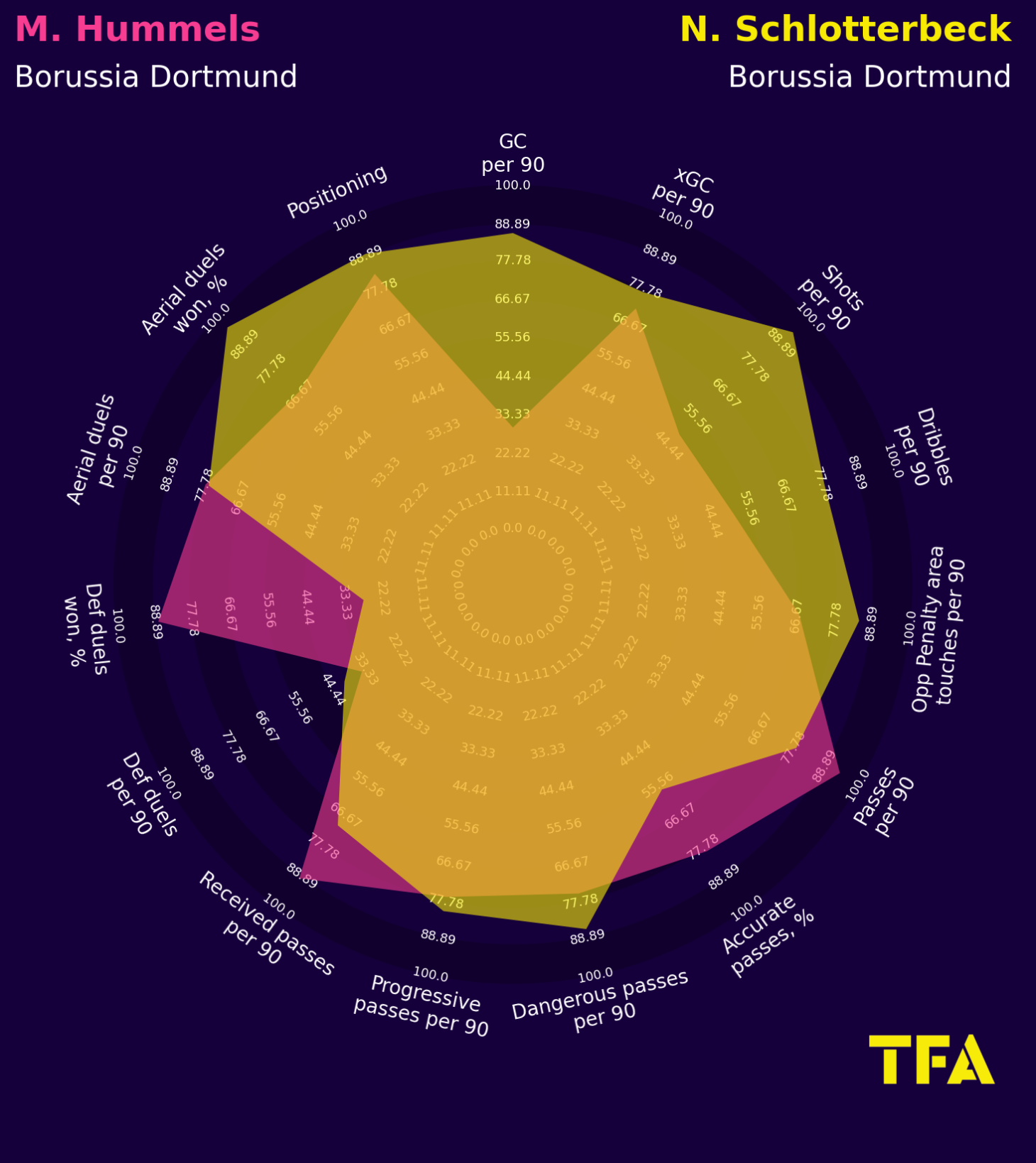 The above visual compares the radars of Mats Hummels and his teammate Nico Schlotterbeck. The duo have been good for Dortmund at the back and have made Dortmund more solid defensively. Hummels has better stats in defensive duels, accurate passes, passes received, and passes per game. Schlotterbeck, on the other hand, has better stats in all other metrics. They have done well at the back for Dortmund and will have an important role in the upcoming matches as well.

Looking at the 1×2 market, the odds for Dortmund are likely to go down given his form and his contributions at the defensive line. Meanwhile, given his form, the underlines are expected to thrive. However, the goals they have conceded in recent games may have a minor impact.

Mats Hummels has been one of the best defenders in Germany for over a decade. He has served his country and club with great success and has enjoyed the highest of glories as well. His form and dedication, even at the age of 34, are an inspiration to all and an example to follow. Hummels will be eager to play again and provide service for the team.

Are Bayern Better Without Lewandowski?