Portuguese champions Benfica fell to a 2-1 home defeat to Bundesliga leaders RB Leipzig in their first meeting in group G of this year’s UEFA Champions League.

In what was initially a tight encounter, certain patterns emerged in the tactics of both sides which set the scene for an exciting finish as all three goals were scored in the closing 20 minutes of the game.

In this tactical analysis of Tuesday’s game, we will compare the tactical approaches adopted by each team and analyse how these developed over the course of the tie. 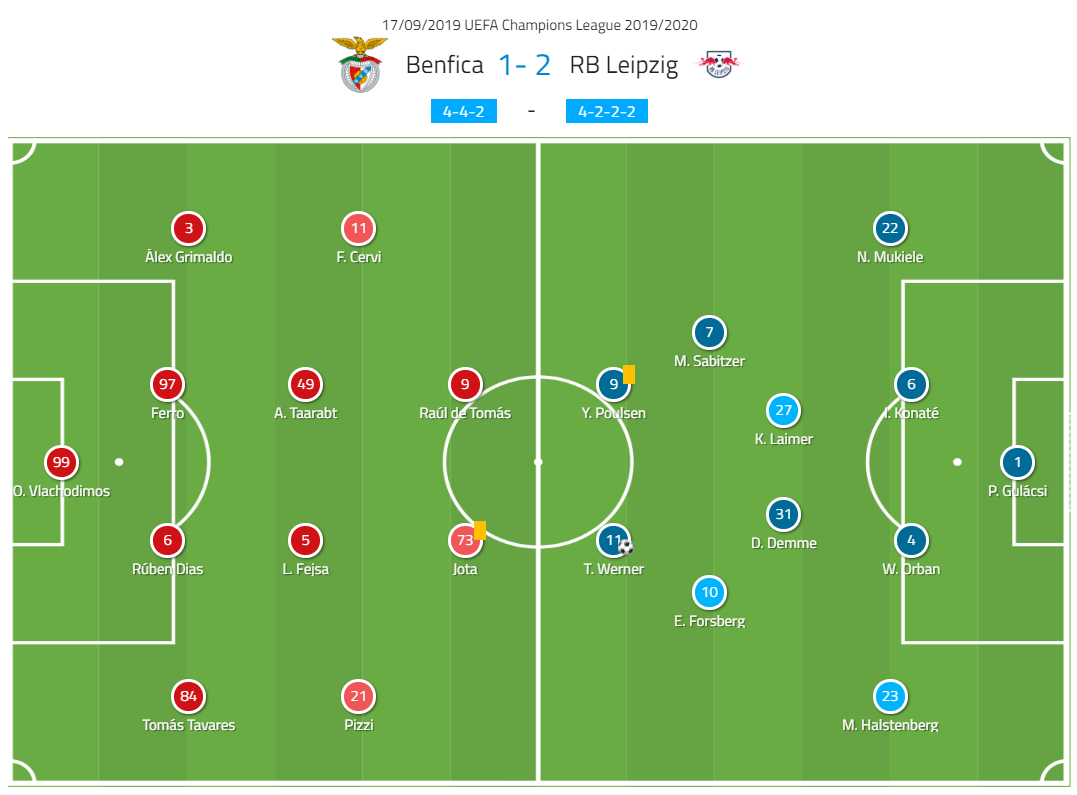 With first-choice right-back André Almeida unavailable through injury, Bruno Lage handed a first-team debut to 18-year-old Tomás Tavares, yet another exciting prospect to emerge from the Benfica academy. Much as he did in the Europa League last season, Lage chose to rotate his team slightly, with Argentinian winger Franco Cervi coming in for Rafa Silva and the highly-rated 20-year-old forward Jota appearing up front in place of Haris Seferović.

Leipzig manager Julian Nagelsmann also made changes following Saturday’s 1-1 draw with Bayern, with midfielder Diego Demme returning to the starting lineup whilst Lukas Klostermann was left on the bench. The young German coach also switched shape after using a back three at the weekend, this time lining up in the narrow 4-2-2-2 formation Leipzig are best known for.

If you want to read the full article then head on over to our dedicated analysis site, totalfootballanalysis.com, or click HERE

Analytics: Eintracht Frankfurt and VfB Stuttgart finish up all square

Transfer Analysis: How Sommer can guard the Bayern post in Neuer’s...