In our first ‘competitive’ taste of German football this season, it was once again Borussia Dortmund and Bayern Munich in the German Super Cup. Both sides were looking to make a statement regarding the Bundesliga, and while both sides certainly made a statement, it was Borussia Dortmund who made the positive one, with an impressive 2-0 victory. Bayern seemed to experience their familiar problems, while Lucien Favre’s flexible approach got the better of Niko Kovac and his team. In this tactical analysis, I’ll look at Dortmund’s approach to the game, and also highlight Bayern’s problems, both defensively and offensively.

Dortmund lined up in a 4-4-2, with their priority being to remain compact off the ball and look to hurt Bayern in transition, a plan which worked very effectively. Marco Reus played a particularly important role in transitions from his role as a second striker, something which I will address later in this analysis. Bayern meanwhile lined up in a 4-3-3 and looked to dominate possession and utilise it. 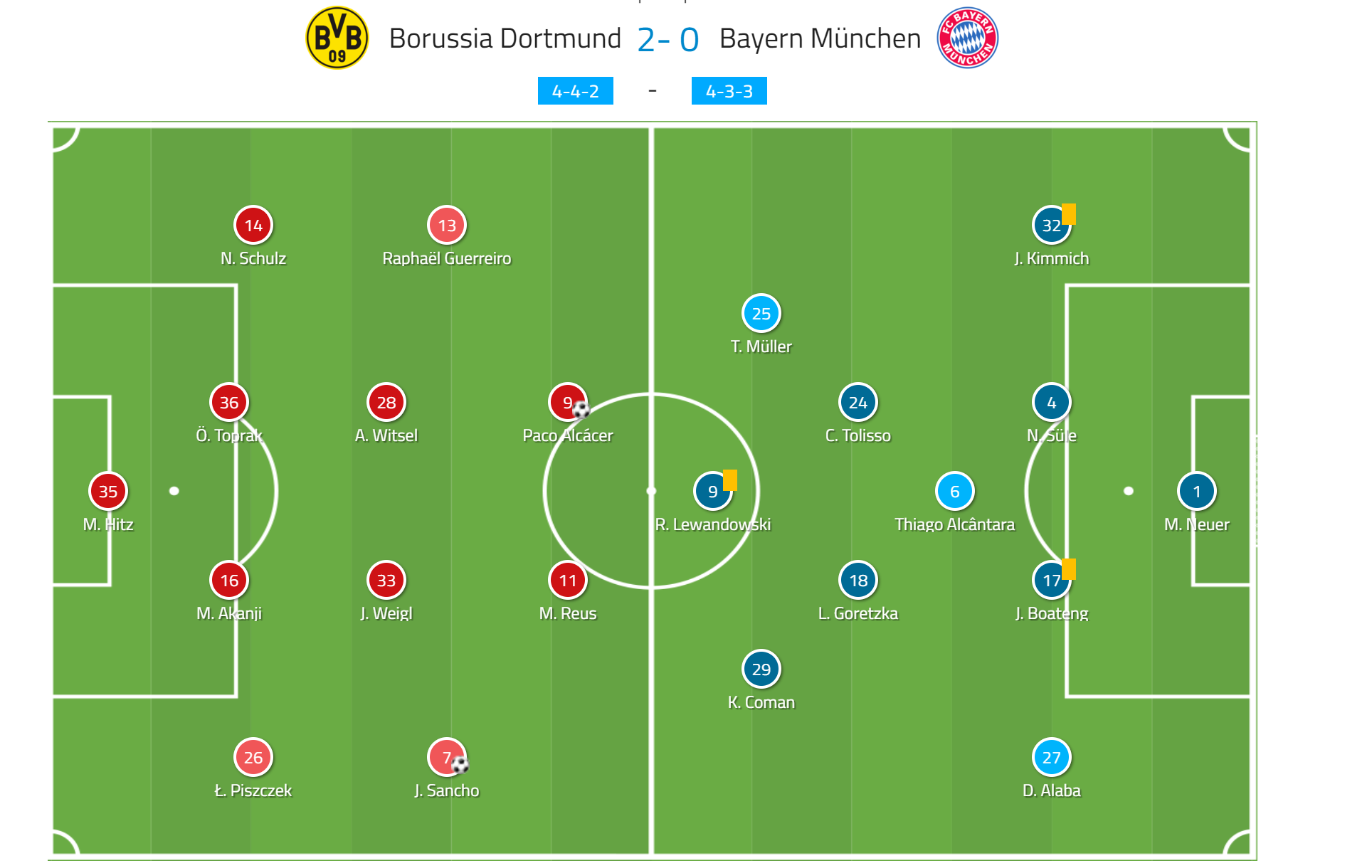 As I’ve mentioned Dortmund’s focus was on compactness out of possession, and their flexible 4-4-2 played a big part in their effective game plan. Bayern struggled massively to receive the ball between Dortmund’s lines mainly thanks to the vertical compactness of the two lines.

Stats Pack: England on top against Czechia in the Euro 2021...

Transfer Analysis: How signing the midfield superstar will add versatility to...