The first game of this weekend’s Bundesliga action saw Schalke take on Mainz with both teams at opposite ends of the Bundesliga table. Schalke were looking to build on their impressive start to the season under new boss David Wagner; while Mainz, following a poor start to the season, were looking to build on last week’s win and start a climb up the table. In the end, it was Schalke who got the win and climbed temporarily into the Champions League places, and in this tactical analysis we will look at what went wrong for Mainz, and one common theme in Schalke’s offensive tactics which exploited an ongoing weakness in the Mainz team.

Mainz lined up in their usual 4-3-1-2 diamond while Schalke played in a 4-2-3-1 shape, often pressing with two up front. Mainz simply lacked quality technically for the vast majority of the game, struggling to win offensive duels and struggling to create chances as a result of their shape, as I will move onto in this analysis. 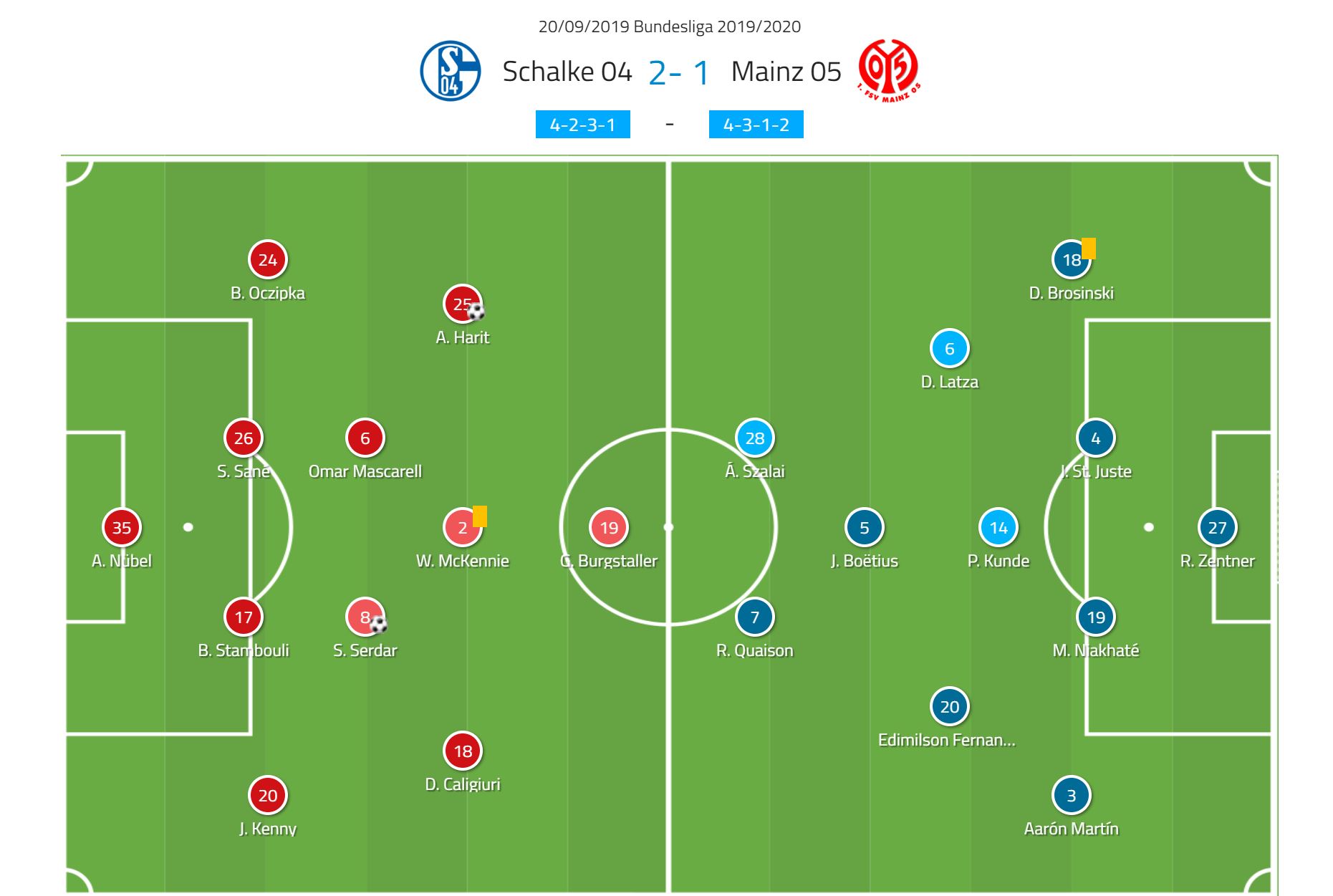 Schalke’s press was effective in the game in limiting Mainz’s build-up, and Mainz’s lack of quality and poor shape in the build-up also helped this. Below we can see an example of Schalke’s press, with two players up front pressing the centre-backs while the wide midfield players press Mainz’s high full-backs. Mainz therefore often had no options other than to play the ball down the line to the marked full-back, or go long…