A top of the table clash headlined the Bundesliga this weekend, with the then-leaders RB Leipzig taking on Schalke. In a game in which many expected Leipzig to continue their good form, they instead struggled against a well-drilled, excellent Schalke side who deservedly took home three points on the day. In this tactical analysis, I’ll take a look at Leipzig’s problems in the game, and also analyse the effect Schalke’s shape and play had on those problems.

Leipzig lined up in a 4-4-2 while Schalke opted for an unconventional shape of a 4-1-3-2, which was most often seen when they were pressing Leipzig. The formation was flexible throughout the game, except for the pair of Guido Burgstaller and Rabbi Matondo who stayed up front throughout, as Schalke were insistent on keeping them forward throughout the game. 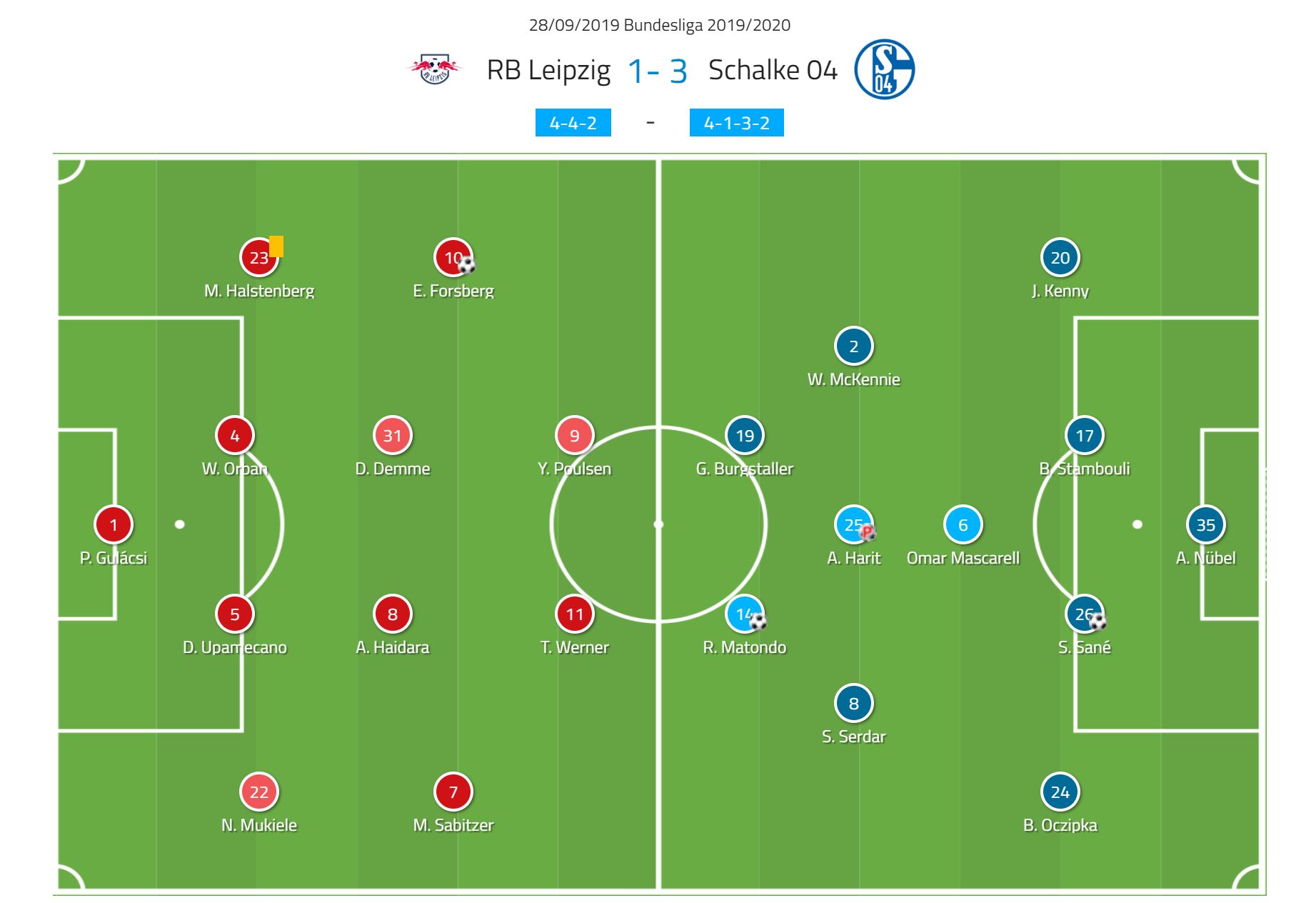 A key part of Schalke’s ability to control Leipzig without much possession was their pressing structure, which was very successful particularly in the first half. Below we can see the 4-1-3-2 structure mentioned earlier that Schalke pressed in for most of the game. The two strikers were responsible for pressing the two central defenders of Leipzig, which often resulted in passes being played wide to a deep full-back, as we can see here.

This left Schalke pressing in this kind of structure highlighted below. Similar to a diamond pressing scheme, the widest central midfielder would press the full-back, while the other two central midfield players would tuck across to cover the remaining central options.

Werner Explains the Difference Between The Bundesliga and Premier League

Under the microscope: Why Dortmund’s veteran defender is still on top...