This weekend saw the return of a much-anticipated fixture in Western Germany: the derby between Borussia Mönchengladbach and Köln. In what was a high-intensity game, it was Mönchengladbach who came out on top and perhaps will have believed they should have done so in a more dominant manner thanks to the chances they had in the game- something which is becoming a bit of a theme so far this season. Köln were looking to pick up where they left off last gameweek in the Bundesliga, while Mönchengladbach were looking to get back on track after a disappointing result against RB Leipzig. In this tactical analysis, we will look at how both teams’ build-up saw one side come out on top, and look at one interesting issue Köln had in the game.

Gladbach unsurprisingly lined up with their usual diamond, with Christoph Kramer starting and Breel Embolo starting in the ten. New signing Ramy Bensebaini also started for the Foals. Köln started with a 4-4-2, which was aggressive in its pressing (sometimes inefficiently), as I will touch on in this analysis. 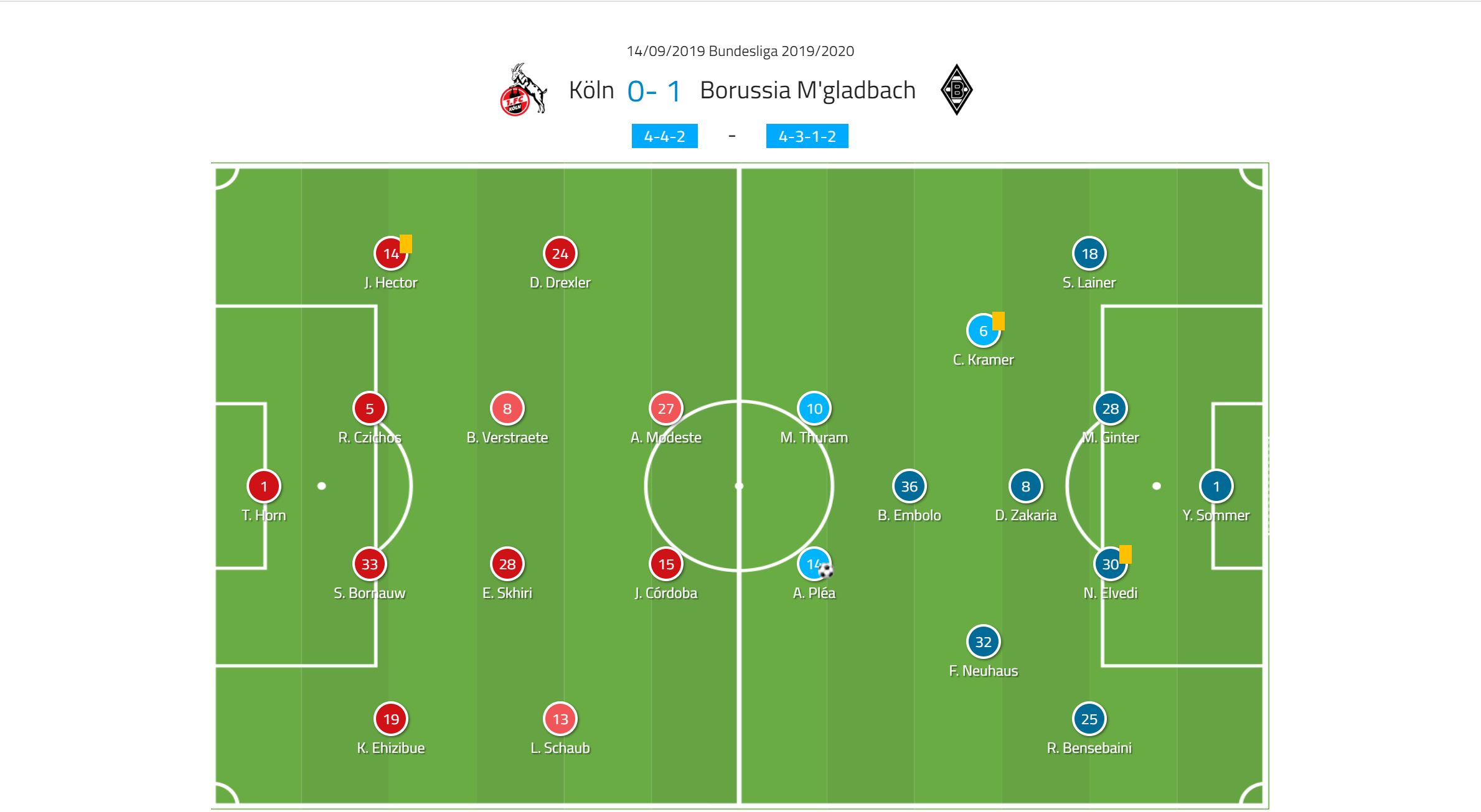 Köln’s 4-4-2 struggled against Gladbach’s press, which often resulted in them playing long balls up to the two strikers and looking to build from there. Firstly, we’ll have a look at why they couldn’t build up from the back initially, or in some cases chose not to.

To read the full tactical analysis of this match- click here

Under the microscope: Maximilian Arnold- The glue that keeps Wolfsburg together

Bundesliga Matchday 12 round up

Danger zone: Five matches in but what could go wrong for...