This weekend saw a game many had been looking forward to from a tactical perspective, finally arrive in the Bundesliga. Peter Bosz’s possession-dominant Bayer Leverkusen side took on Marco Rose’s famed out-of-possession specialists Borussia Monchengladbach, with an interesting tactical battle sure to ensue. The game offered many familiar tactics from the two sides, but also saw some changes made, particularly from Gladbach’s point of view which were effective in limiting Leverkusen’s threat. In this tactical analysis, I’ll look at how Gladbach were able to carry out an efficient game plan, examine this game plan’s effect on Leverkusen, and also take a look at what went wrong for Leverkusen.

Leverkusen took on their usual approach – looking to dominate possession and break down a stubborn defence. They used a 4-4-2 formation generally, but in possession, this resembled more of a 2-4-4, as I will get onto later in this analysis. Gladbach meanwhile went for a different approach, playing three at the back in possession but surprisingly sticking to a four out of possession, with their formation usually resembling a 4-4-2 or a 4-5-1. 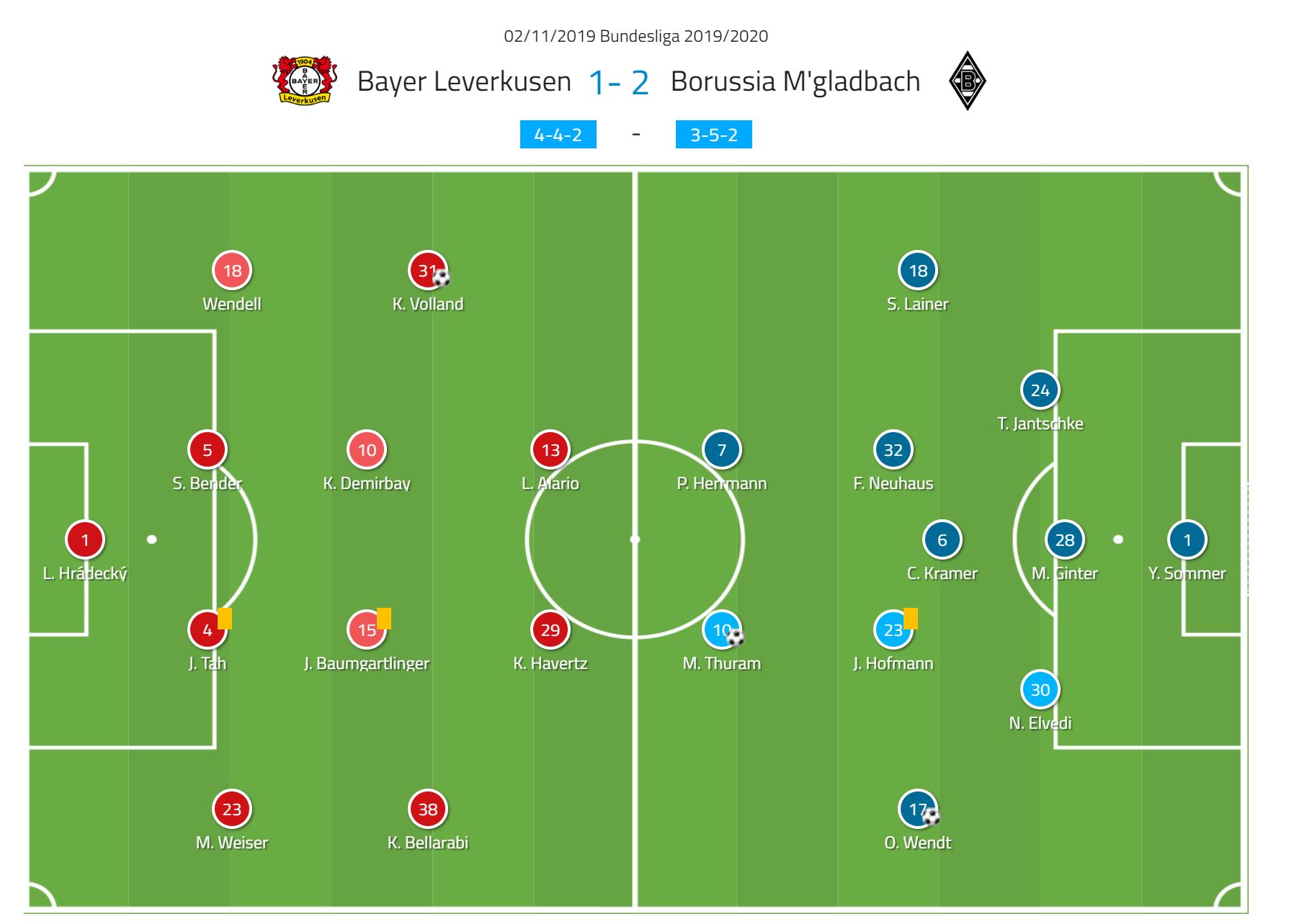 Gladbach’s switch of formation while in possession caused some issues in their build-up, with Leverkusen’s press helping to make their play predictable. With the dropping midfielders usually covered, Gladbach were left to build with essentially their back five initially. This meant there was a high reliance on playing out through the full-backs, and although they exploited one space a few times, they ultimately struggled.

Data Analysis: Freiburg’s performance in the first half enough to beat...

Werner and Sancho is in a good company with the all...

Under the microscope: How the Dutchman has become a key figure...