A restrained start of the Bundesliga season for Schalke 04 and Bayern Munich as they both collected only a single point on the opening game. However, the second matchday brought the opportunity to improve it.

Wagner’s tactics relied on their pressing which, in fact, was an effective weapon in keeping Bayern Munich far from the goal. The control over the central zones made a difficult hindrance for Bayern to overcome. In results, the guests were not able to create that much threat thus Schalke were able to control the game without the ball, although Bayern were still able to grab the lead in the first half and won the game in the second half.

This tactical analysis will investigate the first Bayern Munich victory in the Bundesliga so far and more importantly, their possession play. 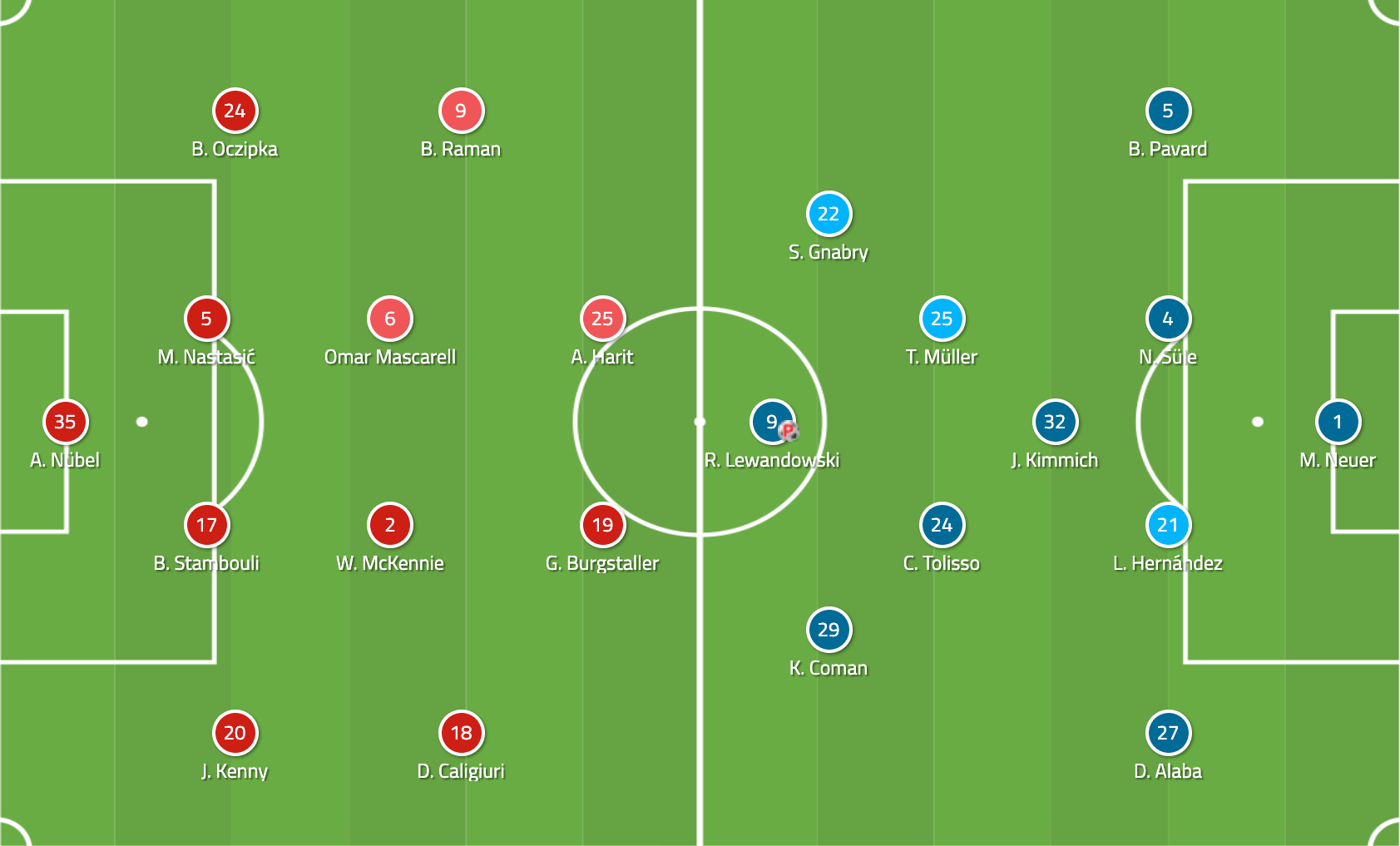 The new head coach, Wagner sent out the same starting XI, although in a different structure. Instead of the previously used 4-2-3-1, Wagner chose to line up in a 4-4-2 shape – at least on paper. No change in personnel.

Kovač deployed the same 4-3-3 formation but made some changes in order to gain more protection against counter-attacks, thus Joshua Kimmich replaced Thiago Alcântara in the #6 role to stabilise the midfield. Moreover, Benjamin Pavard moved out to the right full-back position and Lucas Hernandez paired up with Niklas Süle in the middle of the defence.