This past weekend gave us one matchup that many of us have been waiting for since the start of the season. Hoffenheim travelled to the face an extremely dangerous RB Leipzig side. On face value, this match would have been interesting given the contrast of styles and budgets of the two sides. When you add the fact that the RB Leipzig coach Julian Naglesmann was facing his former side for the first time, however, the match became a must-watch.

Hoffenheim were the first side to give a chance to the young coach and his time there was an unqualified success. Year after year they would lose their best players to bigger Bundesliga sides but Naglesmann still took Hoffenheim to the Champions League. His move to RB Leipzig was confirmed early last season but there was no ill will from Hoffenheim and he completed the 2018/19 season at the club.

In this tactical analysis, we will examine the key points in this 3-1 victory for RB Leipzig. 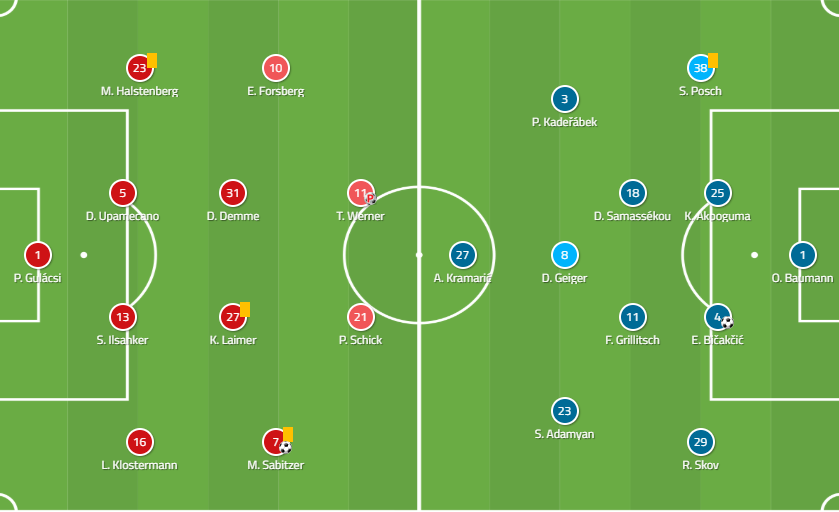 So far this season, under Julian Naglemsann we have seen different tactical systems used by RB Leipzig. They seem capable of switching from a back three to a back four mid-match given the tactical versatility of their players. In this match, we saw what looked like on paper a 4-4-2 from the home side although as we know this becomes more of a 4-2-2-2 for RB Leipzig. 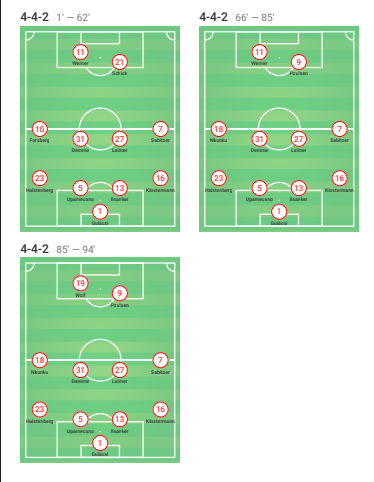