Borussia Monchengladbach and Mainz 05 met this weekend with two friends in each dugout. Marco Rose and Sandro Schwarz, who are well-known friends and played together at Mainz, both arrived looking for their first Bundesliga win of the season, and it was Rose who came away with the three points. In truth, Schwarz will probably be largely happy with the performance of his side, who looked the better side for much of the game, but eventually, Gladbach’s quality shone through. In this tactical analysis, I’ll look at how Mainz largely hindered Gladbach and use analysis to look at how Mainz set up a guideline for other teams on how to play against Borussia.

Through looking at the lineups of the teams we can straight away see one of the key tactical features of this game. Both sides used a 4-4-2 diamond formation and used very similar pressing schemes in order to limit each other’s build-up. Therefore for much of the game what we saw was two sides cancelling each other out, with both teams technically poor offensively and struggling to win offensive duels. 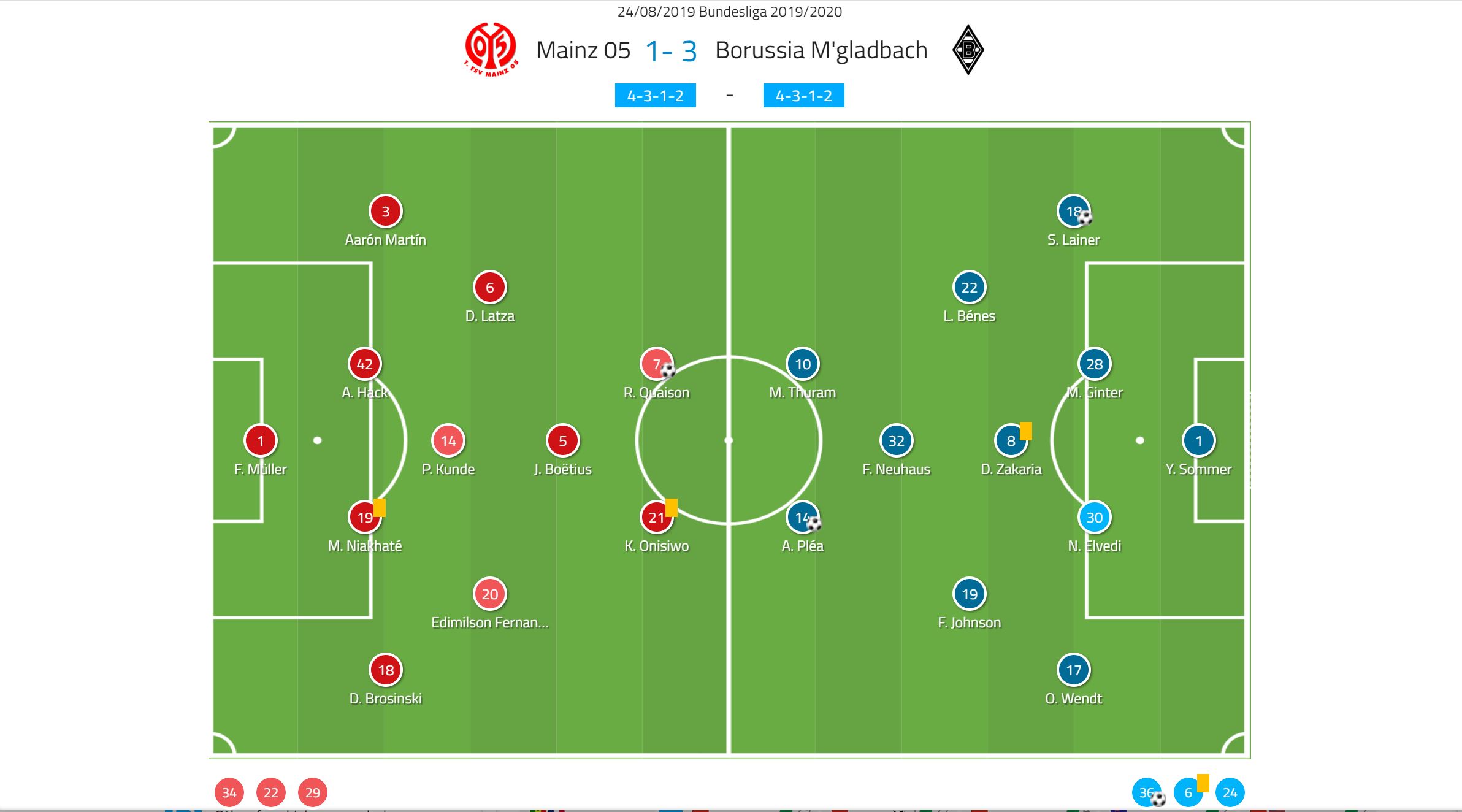 Mainz’s press was more successful than Gladbach’s on the day, something which teams who play against Marco Rose sides can’t say too often. As said, both sides employed a largely similar pressing strategy, which we can see below.

Statistical Analysis: A win for Belgium against Denmark in the Euro...

Under the microscope: Why Daniel Olmo deserves more recognition