Borussia Monchengladbach looked to top off an impressive first half of the Bundesliga season in the German capital this weekend as they took on Jürgen Klinsmann’s Hertha Berlin. The game was an intriguing tactical battle despite the 0-0 stalemate, with both sides neutralising each other and struggling to make the breakthrough. Gladbach struggled to build through Hertha’s man orientated press, particularly in the first half, but managed to contain Hertha reasonably well in order to keep what is actually a rare clean sheet this season. In this tactical analysis, we will analyse why Gladbach struggled to play through the press and what solutions they used in the game that they were unable to capitalise on.

Hertha played with a 4-1-4-1 which often resembled a 4-4-2 out of possession, with one of the midfield players stepping forward to press the Gladbach centre backs. This 4-4-2 played a vital part in the game, and Gladbach’s 4-2-3-1 almost matched up this 4-4-2 from Hertha as I will explain in this analysis. 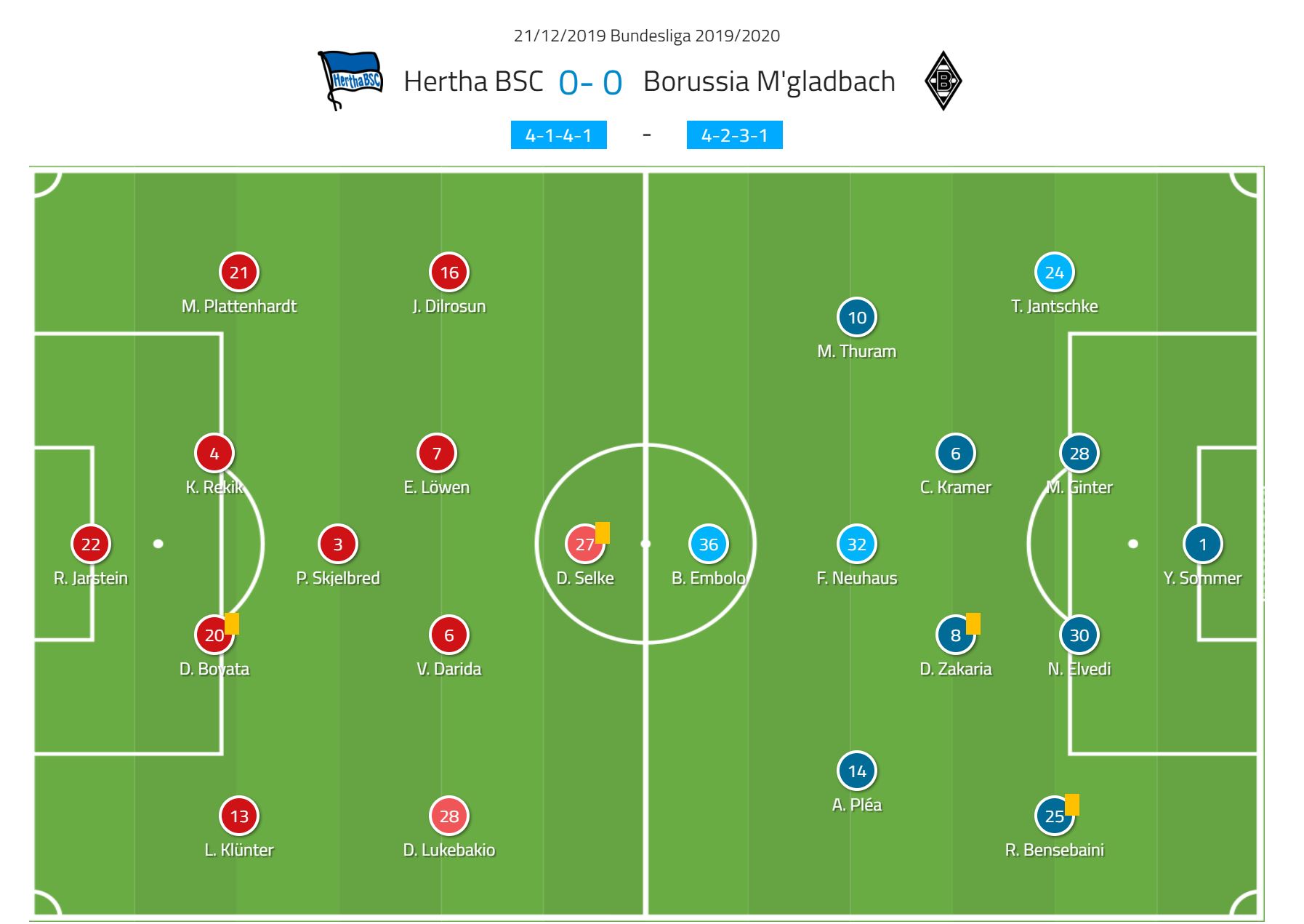 The following images show the man orientated 4-4-2 press that Hertha employed in the game. They followed a basic pressing structure within a 4-4-2, with the opposition full-back pressed by the winger as seen below, and the central midfielders tight to their opposites. The two strikers would press the centre backs and protect the central passing lanes into half-spaces as we can see below, which forced passes such as the one here, where Gladbach struggle to progress the ball cleanly.

Under the microscope: Why Monchengladbach’s away form is holding them from...