Borussia Mönchengladbach have been the success story so far from this year’s Bundesliga. Yet this weekend Freiburg knew that a win would incredibly bring themselves level on points with them. That is not a sentence anyone expected three months ago, yet here we are.

Unfortunately for Christian Streich and Freiburg, this was not to be the case as Borussia dominated in a convincing 4-2 win, which frankly could well, and possibly should have, been a bigger deficit. Following this win, Borussia reign top of the Bundesliga, now six points ahead of Freiburg.

This tactical analysis looks at the tactics used by both teams in this weekend’s fixture. 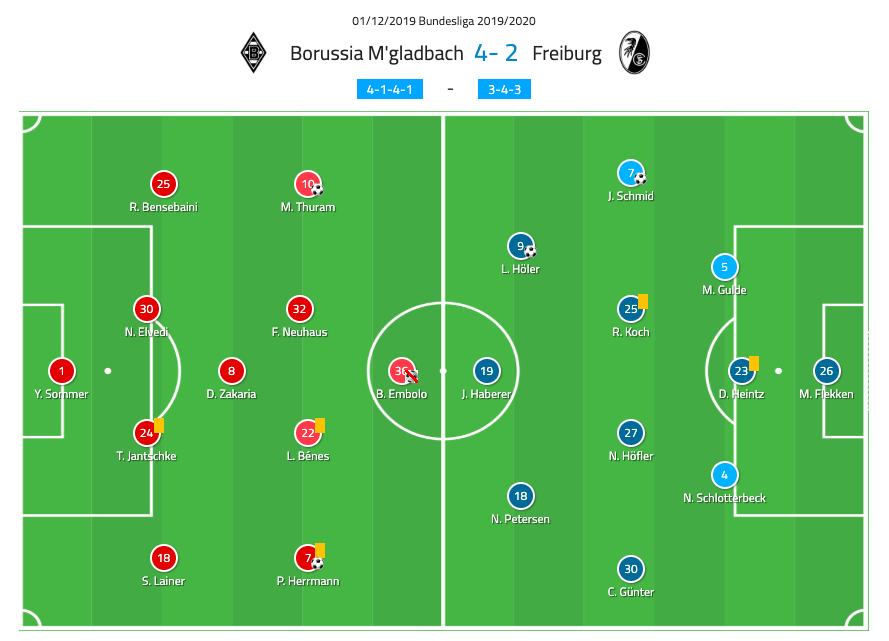 The home side lined up in a 4-1-4-1 with Denis Zakaria sitting behind Florian Neuhaus and László Bénes in the centre of midfield. Patrick Herrmann and Marcus Thuram played on either wing with Breel Embolo playing up front on his own.

Who Will Be Bundesliga’s 2023 Golden Boot?