After a small break in club football, Bundesliga returned with a big battle of Borussia Dortmund vs Bayer Leverkusen. The 4-0 result suggests an easy victory for the home side, however, the reality is far from it. Dortmund has a rough first half as they displayed a nervous play which manifested in a lot of errors in the first stages of the match. However, the first goal helped them a bit.

After the defeat against Union Berlin in the previous game, Borussia Dortmund collected a much needed three points which allowed them to step up to the second position on the table. This tactical analysis will reveal the major tactics of both sides and the crucial patterns of their play. 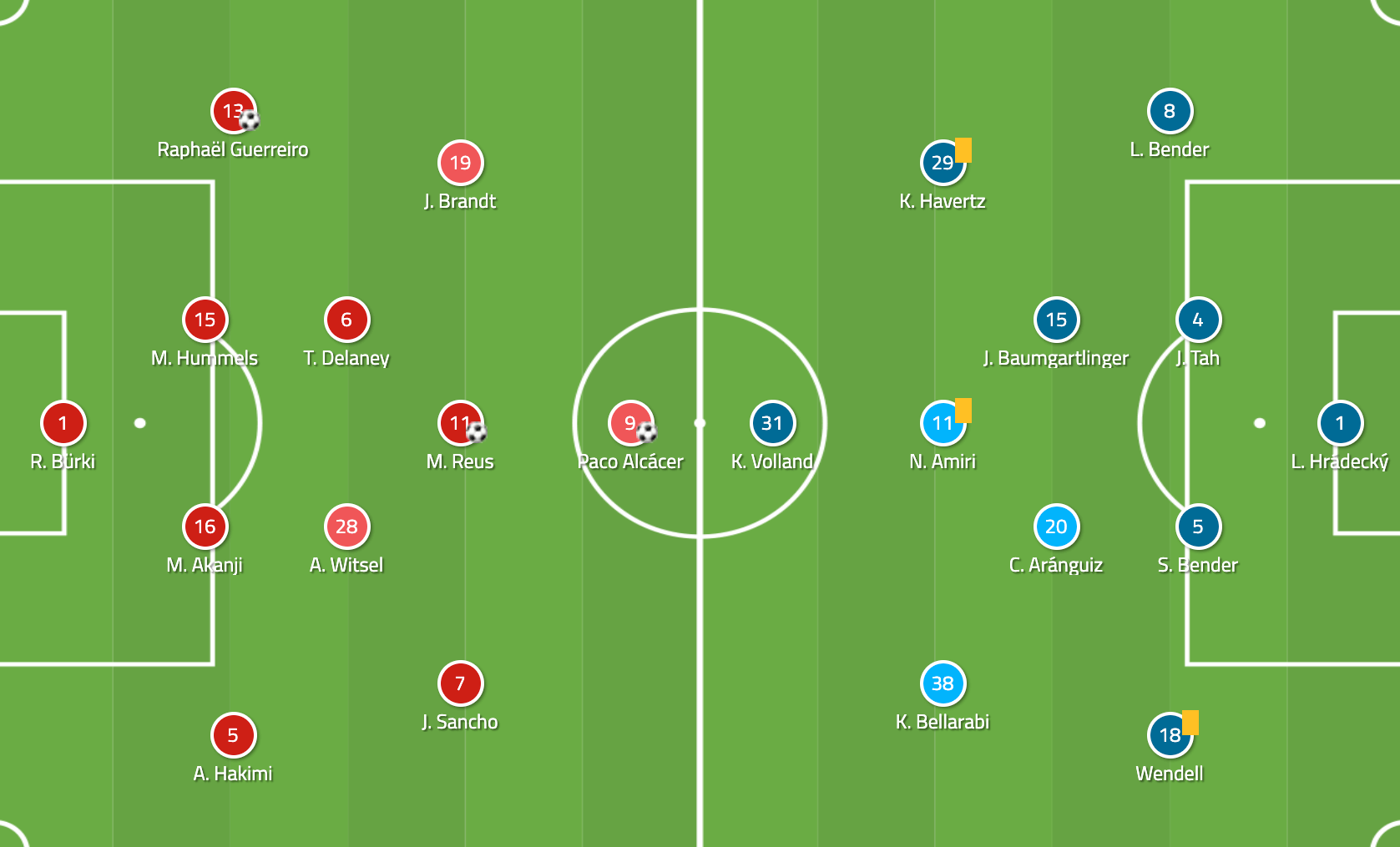 Lucien Favre deployed the usual 4-2-3-1 formation with only two personnel changes. Compared to the last game, now Witsel formed the double pivot with Thomas Delaney instead of Julian Weigl. Also, Łukasz Piszczek was benched and Achraf Hakimi switched to the left-back position thus Raphaël Guerreiro occupied on the right.

On the other hand, Peter Bosz also used a 4-2-3-1 system where Julian Baumgartlinger paired up with Charles Aránguiz. However, Bosz tweaked the base 4-2-3-1 formation which will be covered in this analysis.

The Statistics: A win for Argentina against Bolivia in the Copa...