Following on from a good start to the new Bundesliga season, Bayer Leverkusen were looking to pick up another win which would have saw them move up to first in the Bundesliga. In their way was a sturdy, compact Hoffenheim side looking to get some consistency in their Bundesliga season. In the end, Hoffenheim’s gameplan prevailed, with them frustrating Leverkusen and limiting them to any kind of real meaningful chances. In this tactical analysis, we will look at Hoffenheim’s shape and a key feature of this, some of Leverkusen’s build-up play and take a look at Kai Havertz’s role within the game.

Leverkusen lined up in a 4-3-3 while Hoffenheim lined up in a 4-2-3-1, which at times turned into a 4-5-1. Kai Havertz struggled to make an impact in the game, in part thanks to one of the key tactics employed by Hoffenheim and manager Schreuder, as I will touch upon in this piece. 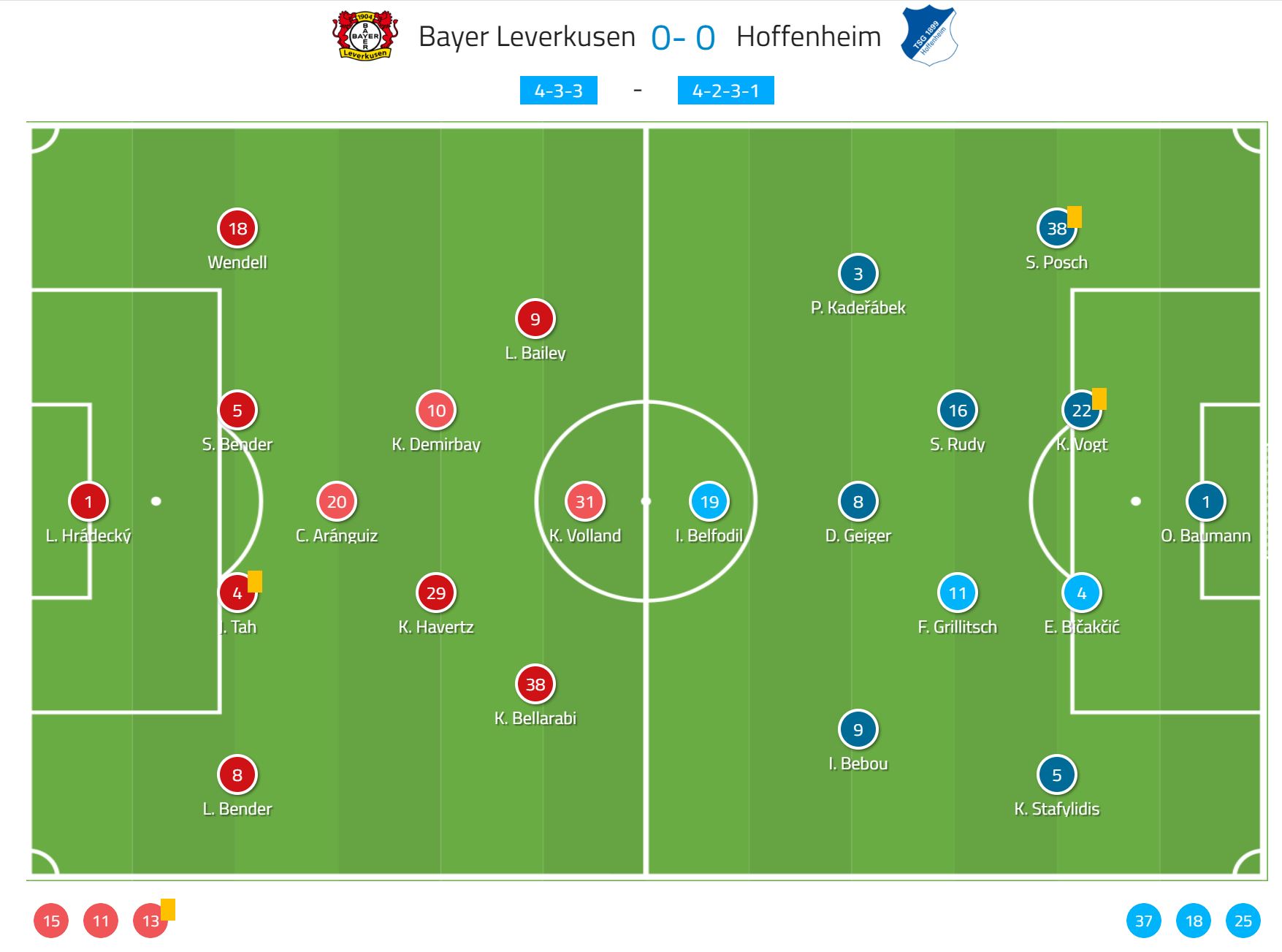 As mentioned Hoffenheim set up in a 4-2-3-1, which dropped into a 4-5-1 at times. We can see this below and can see how the compactness of the team both vertically and horizontally impacted on Leverkusen’s ability to play from the back. This shape forced Leverkusen into wide areas, where they struggled to create overloads, and due to players not really occupying the space between the midfield and defence of Hoffenheim, they struggled.

Under the microscope: The Croatian defender who kept the Brazilian attack...