This weekends game at the BayArena was one which looked reasonably how it was expected to. Freiburg, currently flying in the Bundesliga, are renowned for their out of possession play and defensive solidity, while Bayer Leverkusenboast one of the highest average possession percentages of any team in Europe’s top five leagues, and Peter Bosz’s sides are known for their positional play, as well as their poor ability to prevent counter-attacks. In this tactical analysis, I will look at Freiburg’s numerous setup changes within the game, how these limited Leverkusen, and how Leverkusen were able to exploit one particular weakness within Freiburg’s system but were unable to capitalise.

Leverkusen lined up in their usual 4-2-3-1, which showed itself as all the usual variations on a 4-3-3, depending on the positioning of the central midfielders. Kerem Demirbay would drop to receive the ball, with the two midfielders usually looking to receive progressive passes from the centre backs, or two midfielders could drop to form the 4-2-3-1. Freiburg meanwhile rotated throughout the game between formations, as I will cover in this analysis. 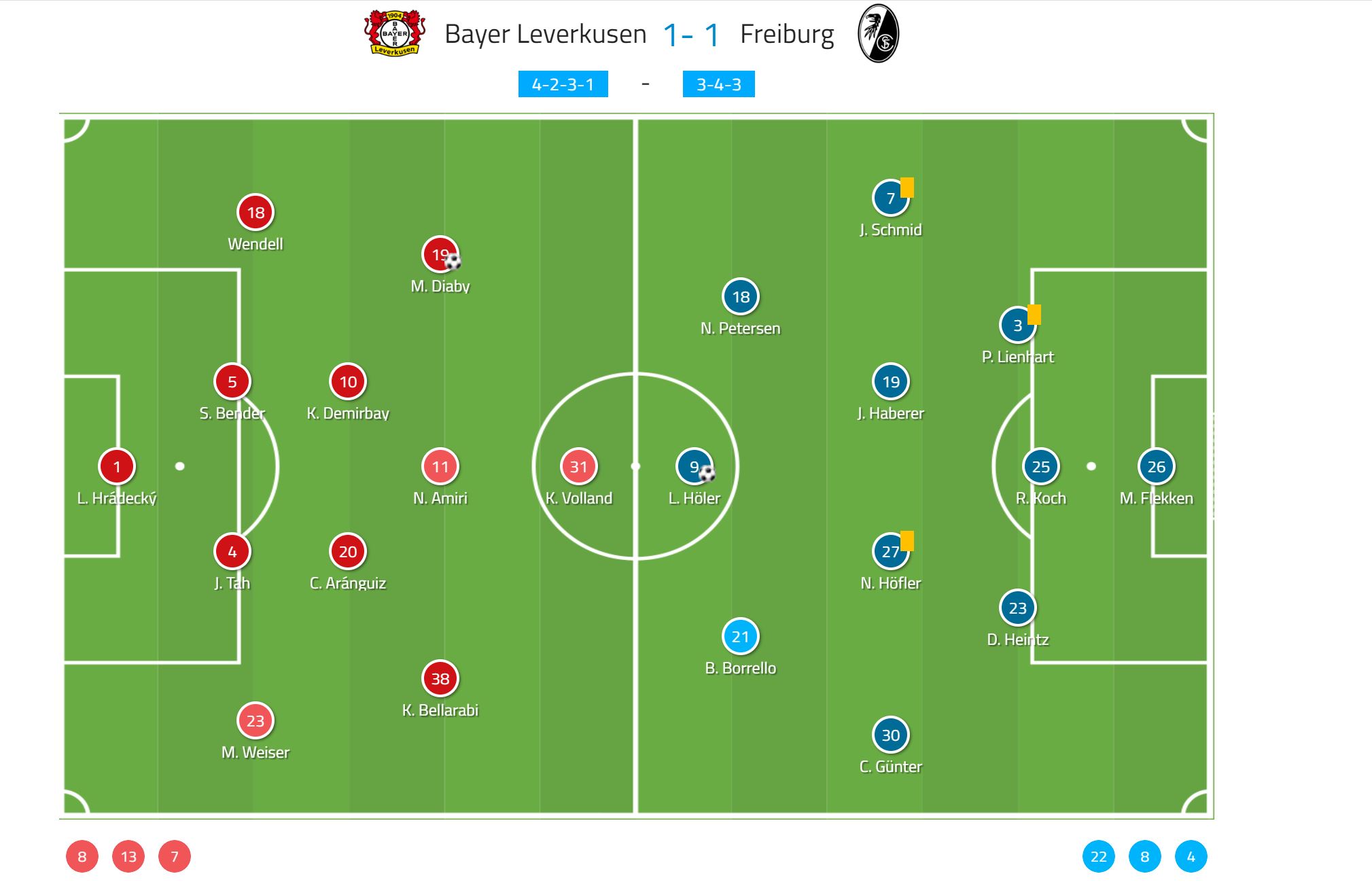 As mentioned Freiburg’s gameplan and the general pattern of the game was fairly predictable, with Leverkusen having 70% possession. Freiburg were therefore expected to make the most of set pieces and whatever counter-attacking opportunities they could create with limited players high up the pitch.

Dries Mertens will suit Dortmund on many levels