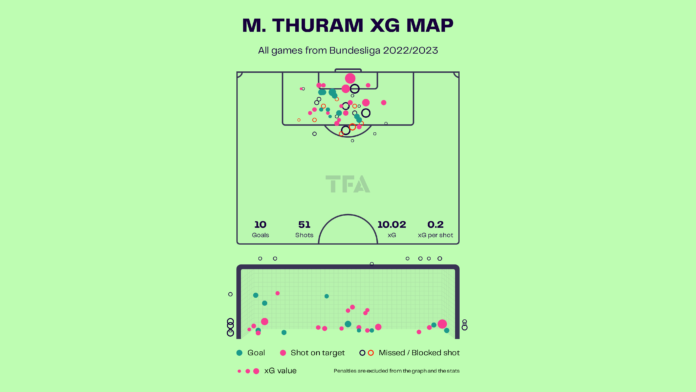 Marcus Thuram is having a splendid season at Borussia Monchengladbach this season and has scored ten goals this season in the Bundesliga as well. His form has helped his team reach the eighth position in the Bundesliga with 22 points from 15 matches. His good form has also earned him inclusion in the World Cup for France as well. The centre-forward is now keenly observed by English Premier League giants like Liverpool, Arsenal, and Tottenham Hotspur.

We take a look at some stats to understand his brilliant season so far for Borussia Monchengladbach. 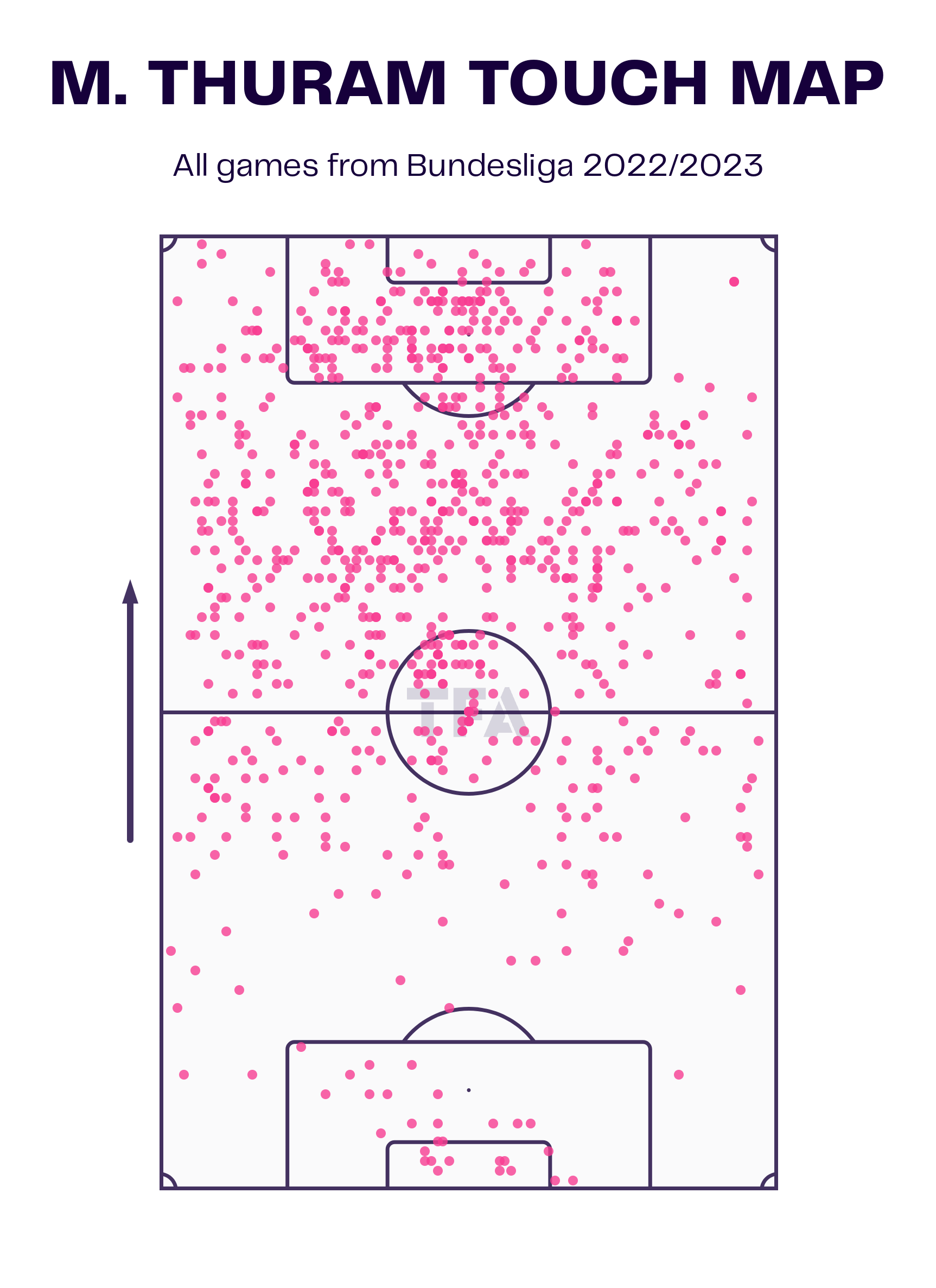 The above viz shows the touch map of Marcus Thuram in the Bundesliga this season. He plays as a centre-forward and likes to get into the vacant spaces as well. His killer instinct in front of the goal makes him a dangerous customer. We can observe from the touch map that he enjoys possession most in the attacking third and is dangerous in the box as well. He enjoys an average of 4.72 touches in the penalty box and scores an average of 0.62 goals per game as well. He also makes 11.91 offensive duels per game with a success rate of 37.8%. Thuram uses his ability and strength to win duels inside the penalty box, the best example of which is against Stuttgart when he won three offensive duels inside the penalty box and one just outside. 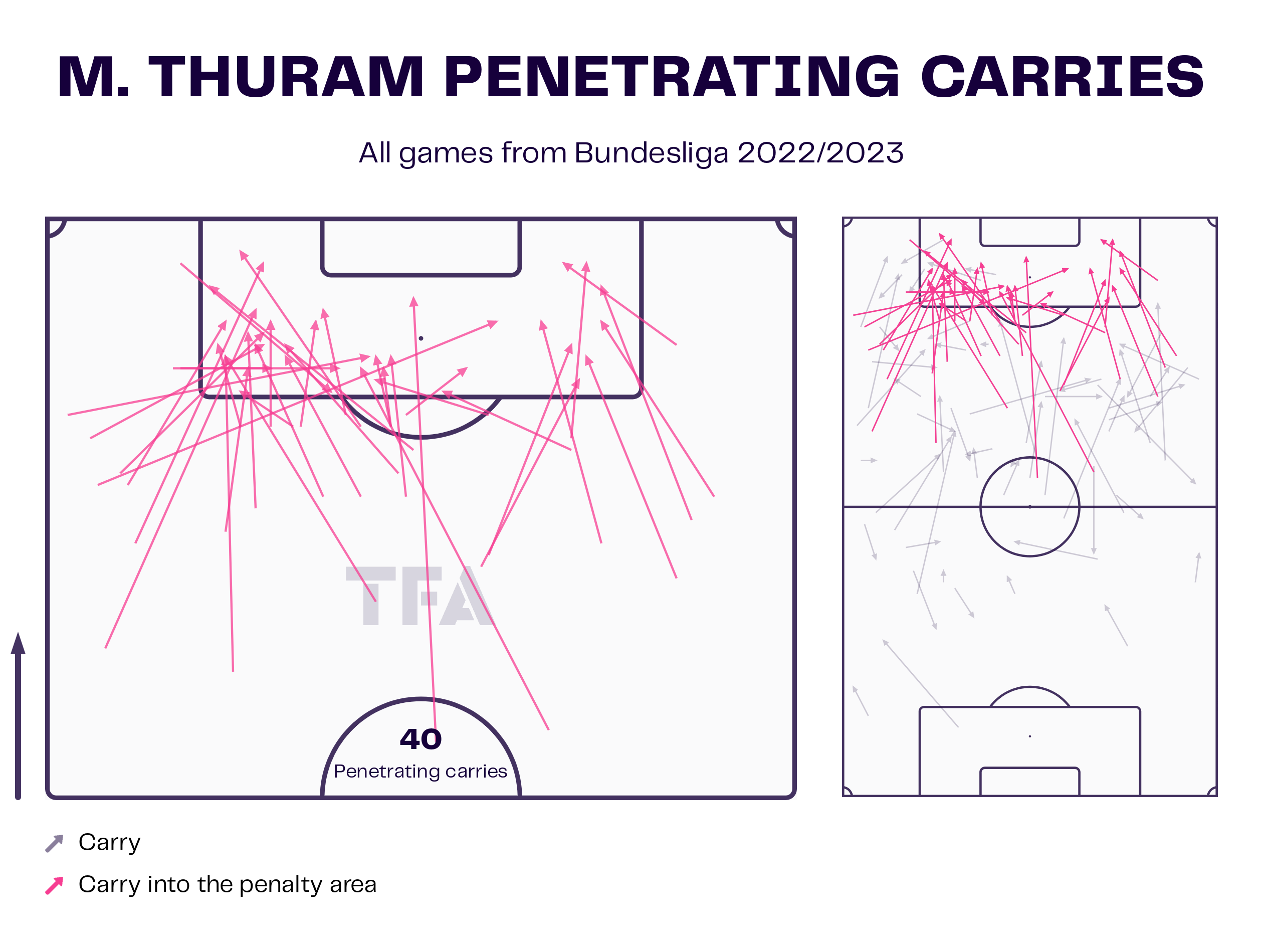 The above viz shows the penetrating carries made by Marcus Thuram. The centre-forward makes some good runs from the centre of the pitch and uses his strength and speed to go past players. He makes around 4.47 dribbles per game with a success rate of 58.3%. He also makes some good runs from behind. Thuram makes around 2.3 progressive runs per game as well. He has made 40 penetrating carries this season. 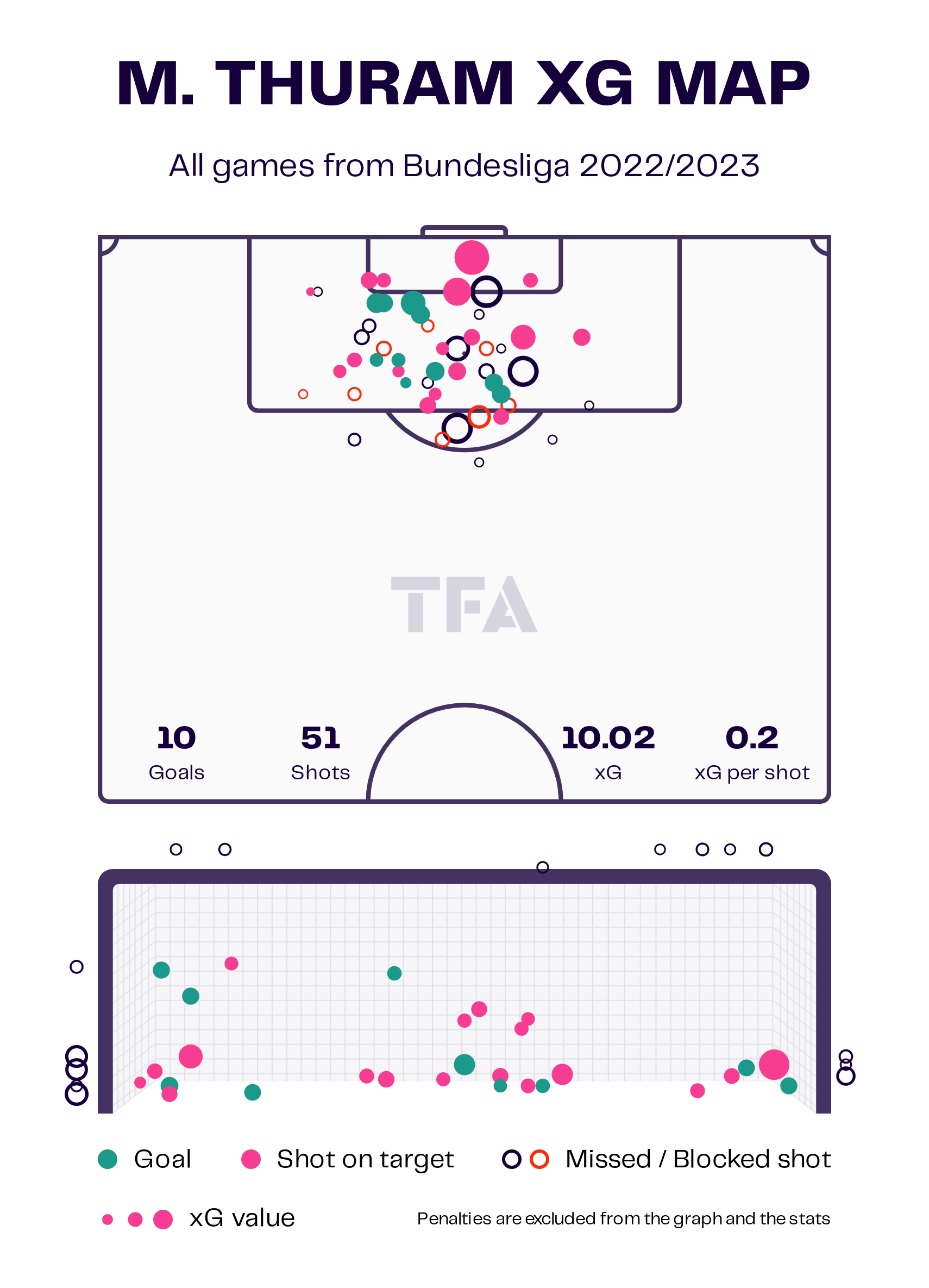 The above viz shows the xG map for Marcus Thuram this season. He has scored ten goals this season and has attempted 51 shots in total. Of these 51 shots, 44 were from inside the box, and 28 of them were on target. He takes around 3.17 shots per game, with 54.9% of them on target. One of the most astonishing facts about Thuram is that he has matched his xG. He has an average xG of 0.62 and scores 0.62 goals per game. This is an indication of his quality.

Marcus Thuram is in the form of his life and has scored ten goals this season already. The Frenchman has been called up for the World Cup and is ready to take the world by storm as well. Whether he will leave Monchengladbach for one of the giants is unknown now, but it won’t be surprising at all if he goes on to make an impression there as well.

Kimmich is awe of both the goalscorers before the heavyweight clash