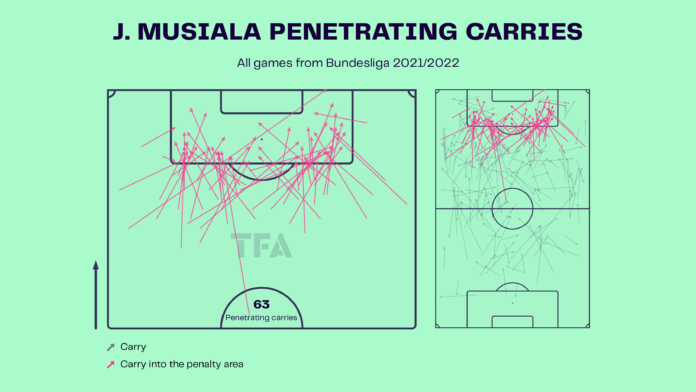 Jamal Musiala had been nominated for the Golden Boy award for the last two years but had to see someone else win it. Footballing experts have been discussing why he deserved to win the award this year over Barcelona’s Gavi. Musiala made it to the final list alongside Gavi and fellow Bundesliga player Jude Bellingham but had to settle without the trophy. His coach at Bayern Munich, Julian Nagelsmann, has also expressed his disappointment at Musiala not getting the award. So today, we take a look at some stats to understand why Jamal Musiala was nominated for the award and to understand how good this German prodigy is. 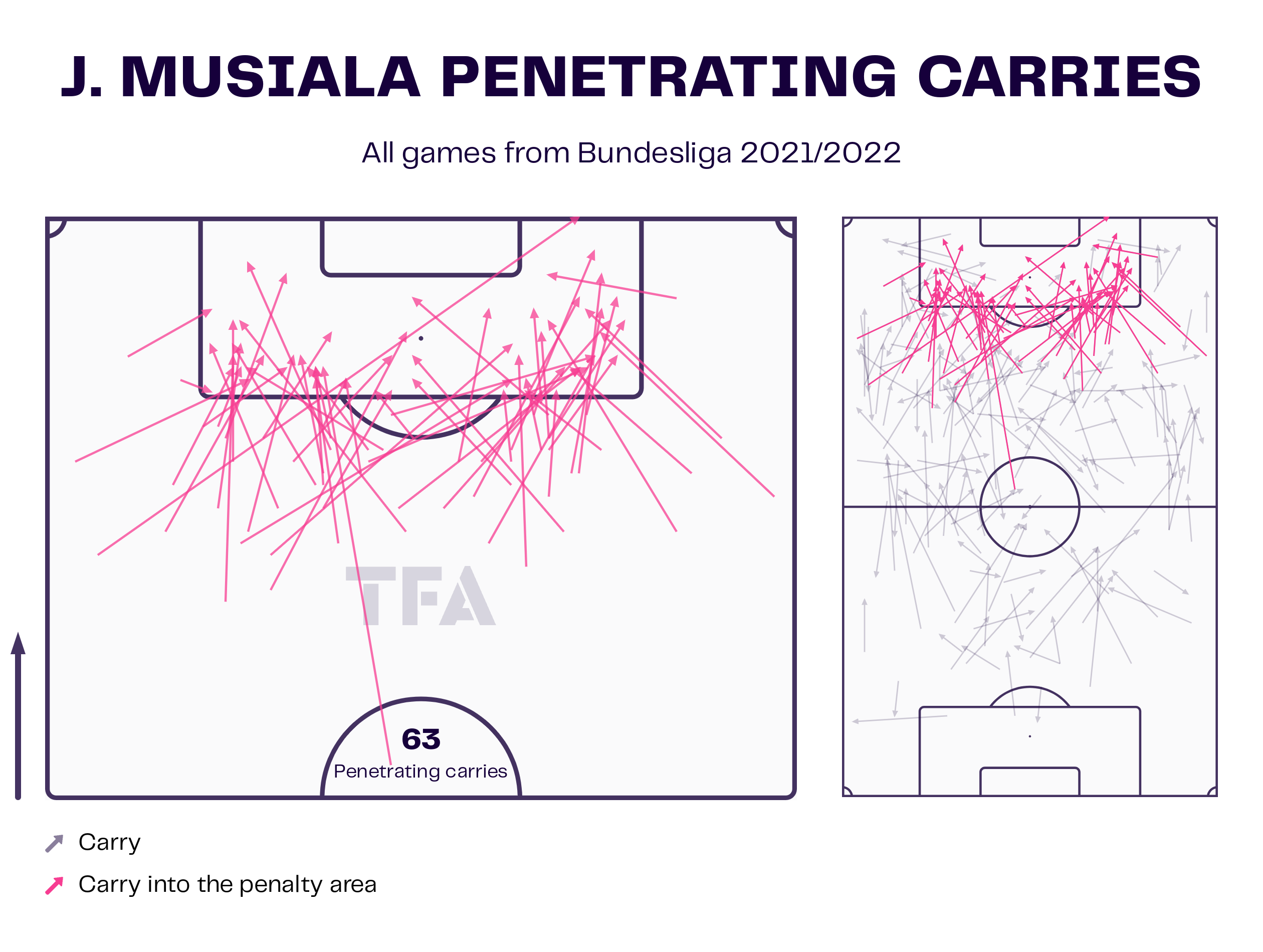 Dribbling is, undoubtedly, one of Musiala’s strongest attributes. With his incredible first touch, excellent technical ability, and composure under pressure, Musiala skips past challenges and threatens the opposition’s defence almost invariably. He averages 7.09 dribbles per game and has a success rate of 51.2% as well. The 19-year-old also makes 2.57 progressive runs per game. His dribbling skills have made him an incredibly dangerous player and a nightmare for the opposition players. 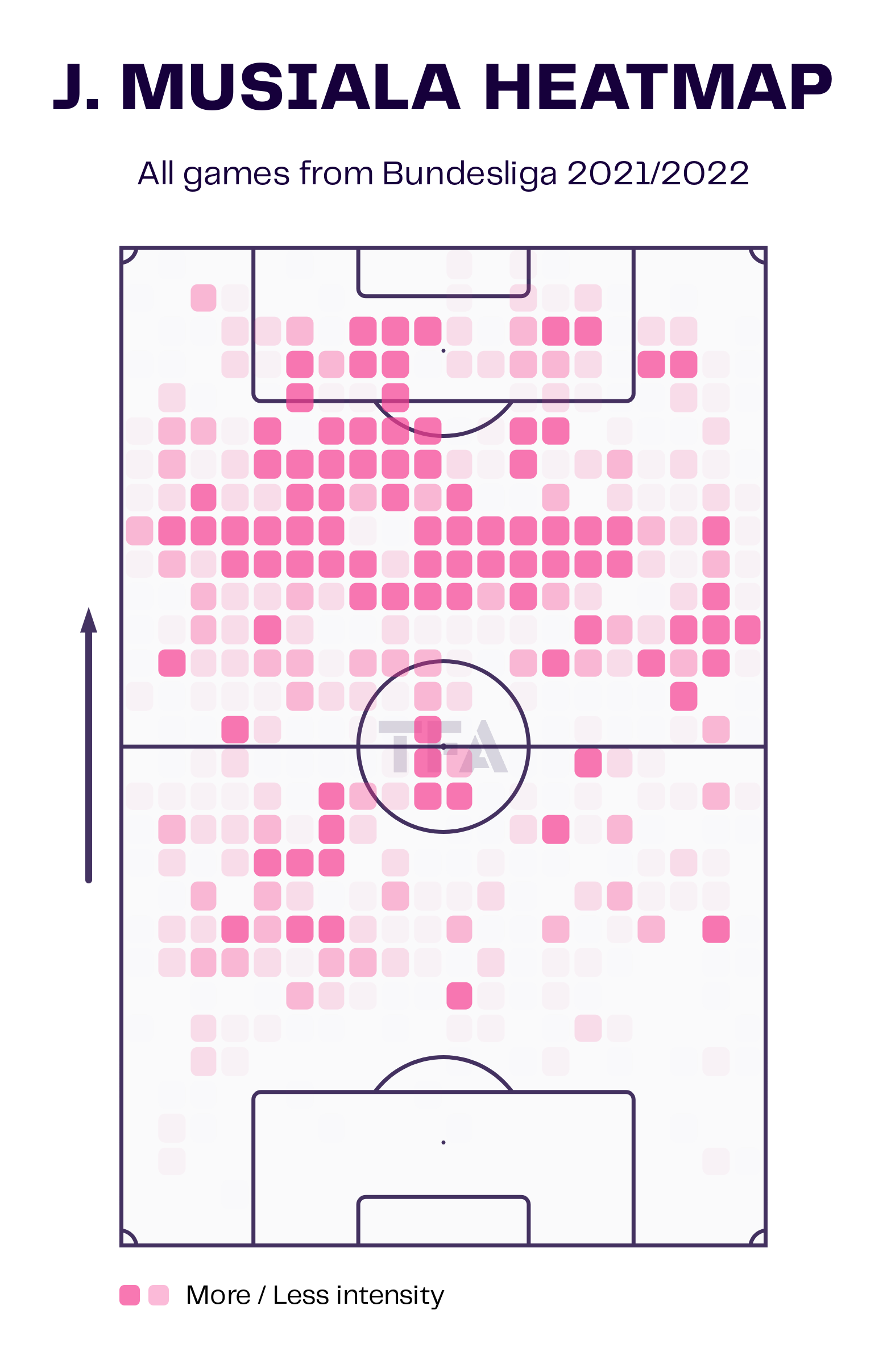 Musiala usually plays as an attacking midfielder and either stays centrally or on the right side of a three-man attacking midfield. Due to his high positioning, he is able to recover possession in the opponent’s half. He made 7.38 recoveries per game on average, and 60% of them were in the opponent’s half. The youngster also makes 3.94 interceptions per 90 and 3.29 loose balls as well. He is then able to dictate the attack with his dribbling skills and close control. 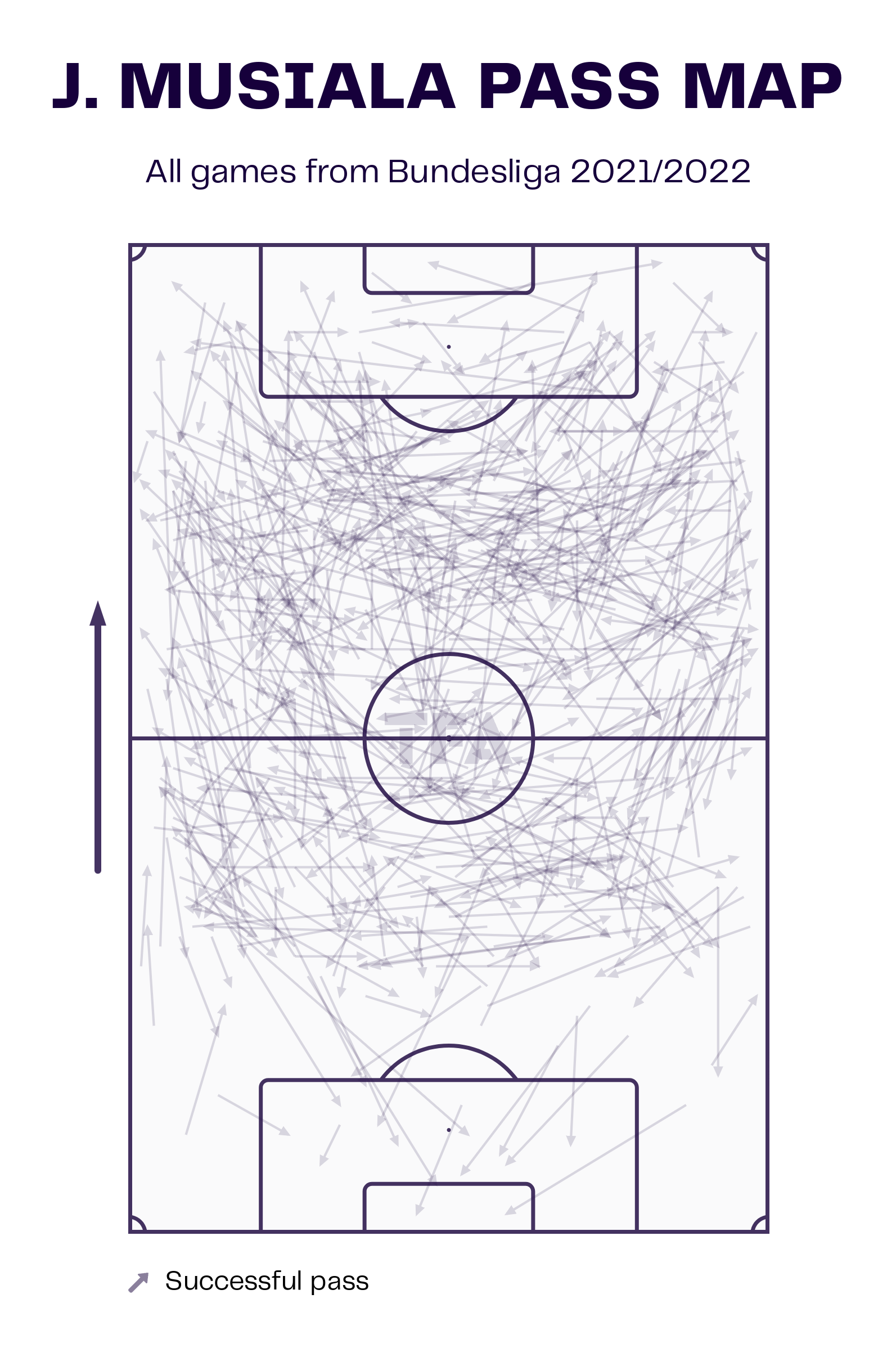 Another one of his strong qualities is his ability to pick the right pass. He makes an average of 39.43 passes per game with 84.7% accuracy. Musiala also made 3.94 passes to the final third per game last season and had a success rate of 77.1% while doing so. He uses his dribbling skills to run with the ball and then releases the pass for the free player. The 19-year-old is a very smart footballer and had five assists to his name last season. He has an average of 0.25 assists per game. 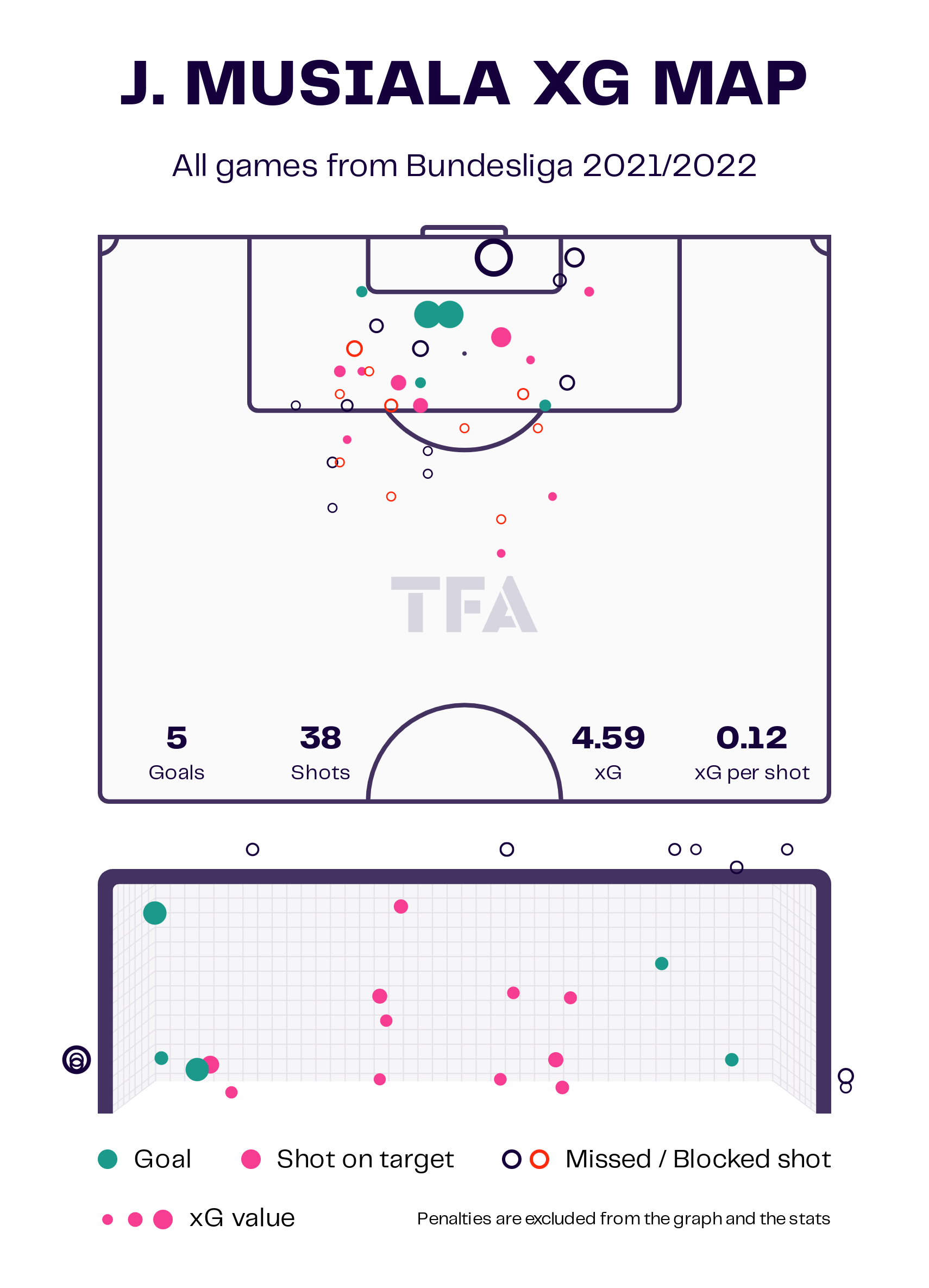 Last season, Musiala scored five goals each in the Bundesliga and the Champions League. This year, he has already taken those numbers to eight goals in the domestic league by November. He has developed a killer instinct in front of the goal and is looking unstoppable at the moment. Last season, the youngster had an average of 5.03 touches in the penalty box and 0.33 goals per game. But those numbers are on the rise this season, and he averages 0.81 goals per game and gets involved 6.2 times inside the opposition penalty box.

Whether Jamal Musiala should have won the Golden Boy award this year over Gavi is a discussion for another day. But the numbers indicate that the journalists who nominated him for the award did not get it wrong.