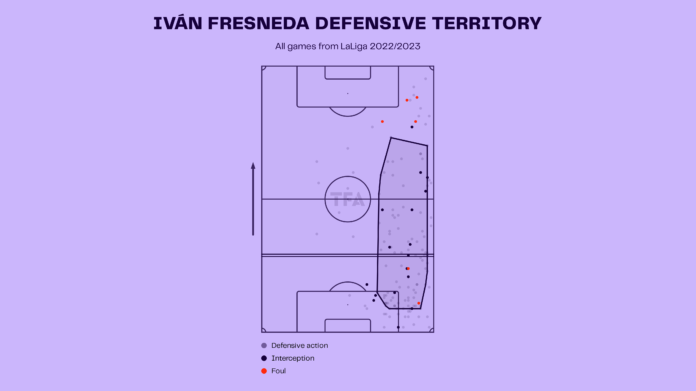 Borussia Dortmund are looking at different options to strengthen their squad, and as per the latest reports, they have their eyes set on Real Valladolid right-back Ivan Fresneda. The player is also interested in joining the German club. The 18-year-old defender is considered one of the brightest prospects at his position and is being monitored by different clubs across Europe. He has shone this season for Valladolid and has done well both in attack and defence. Therefore, we look at his stats to understand why the Bundesliga giants are looking to sign the 18-year-old. 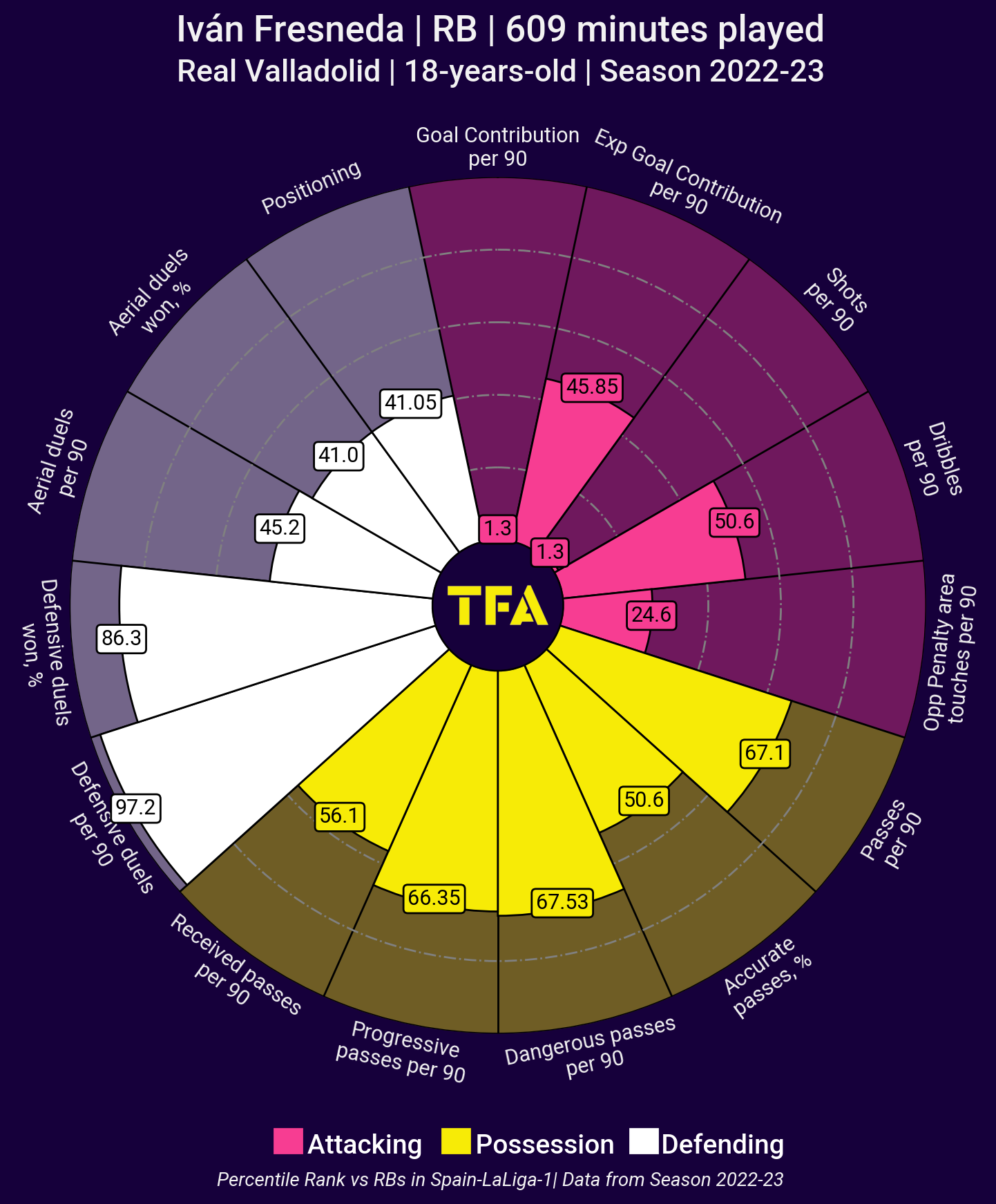 The visual above shows Ivan Fresneda’s percentile rank compared to other right-backs in La Liga. The 18-year-old is ranked very highly for defensive duels per game, and defensive duels won as well. He is a strong presence on the right side of the defence for Borussia Dortmund and has been solid defensively. He is ranked above average for passing and has decent stats too. Moreover, he is ranked in the top 50.6 percentile for dribbles per 90 minutes, which is above average. 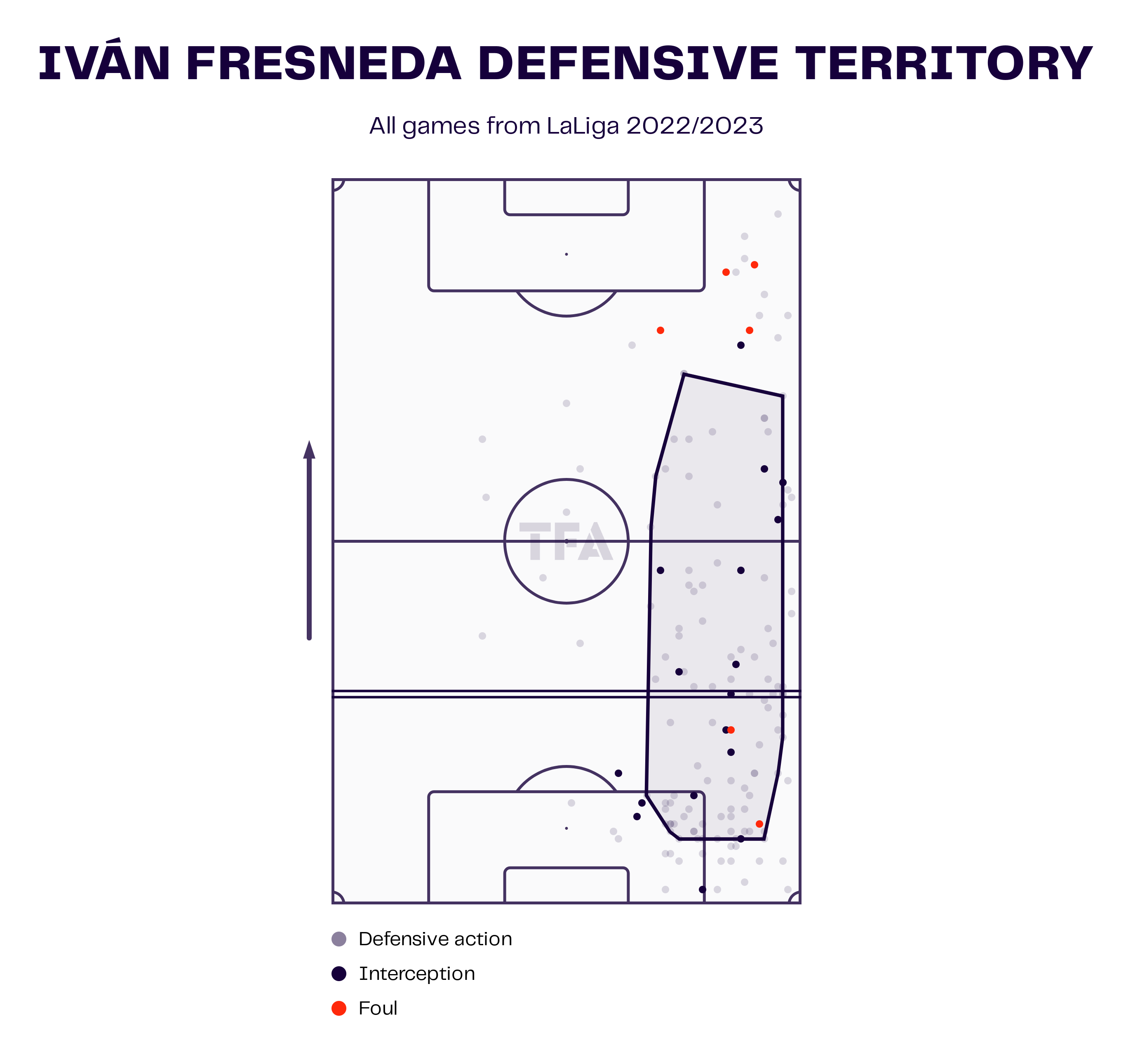 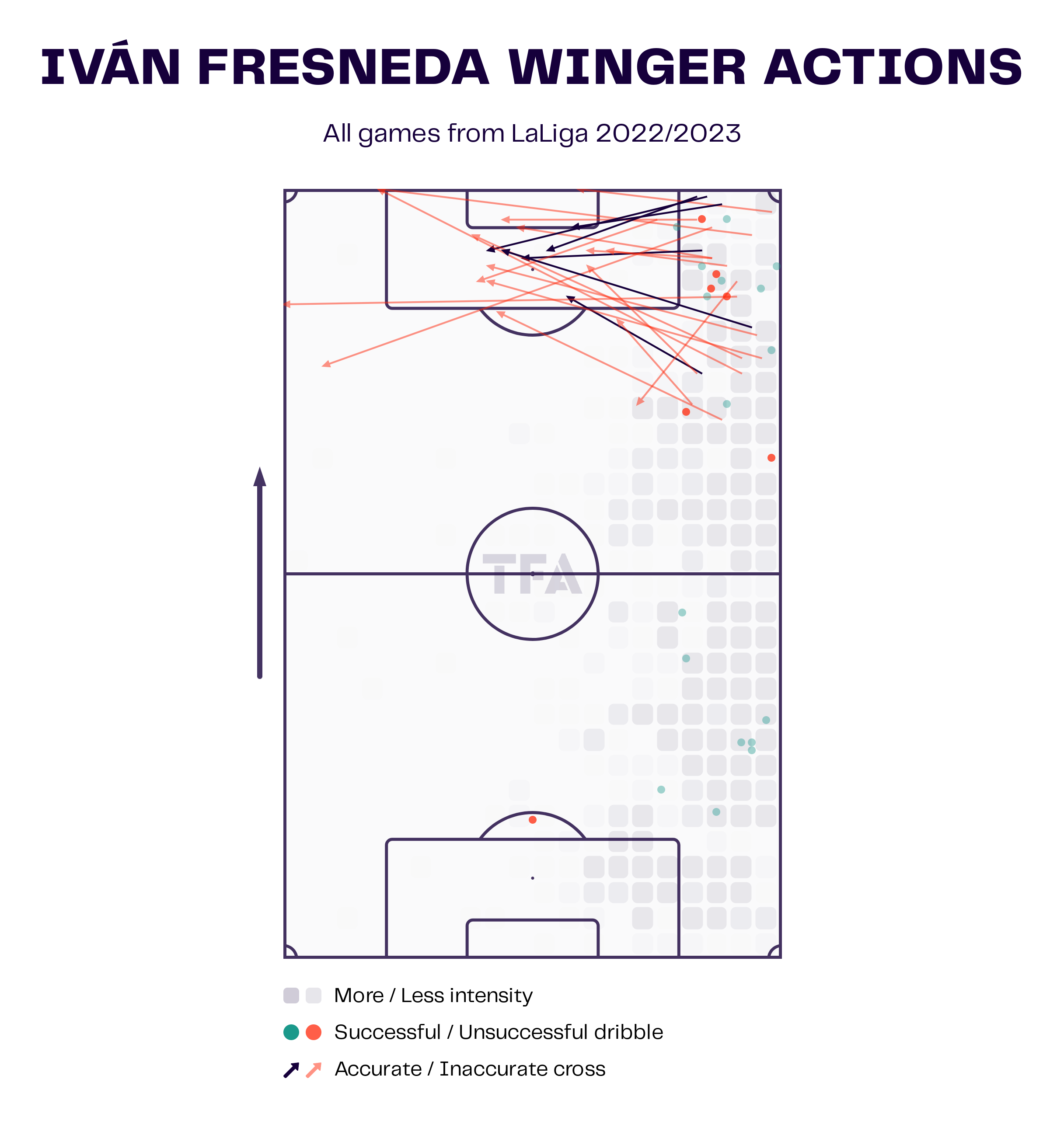 The visual above shows Ivan Fresneda’s actions as a winger. Since he takes part in a lot of attacking moves, he overlaps a lot and plays effectively as a winger. He can go past players and play crosses into the box as well. Fresneda has contested an average of 6.09 offensive duels per game, winning 50% of them. He has also whipped in an average of 3.82 crosses per game, with 25.9% of them finding their target. If Dortmund signs him, these crosses will be very dangerous, especially with the return of Sebastien Haller. 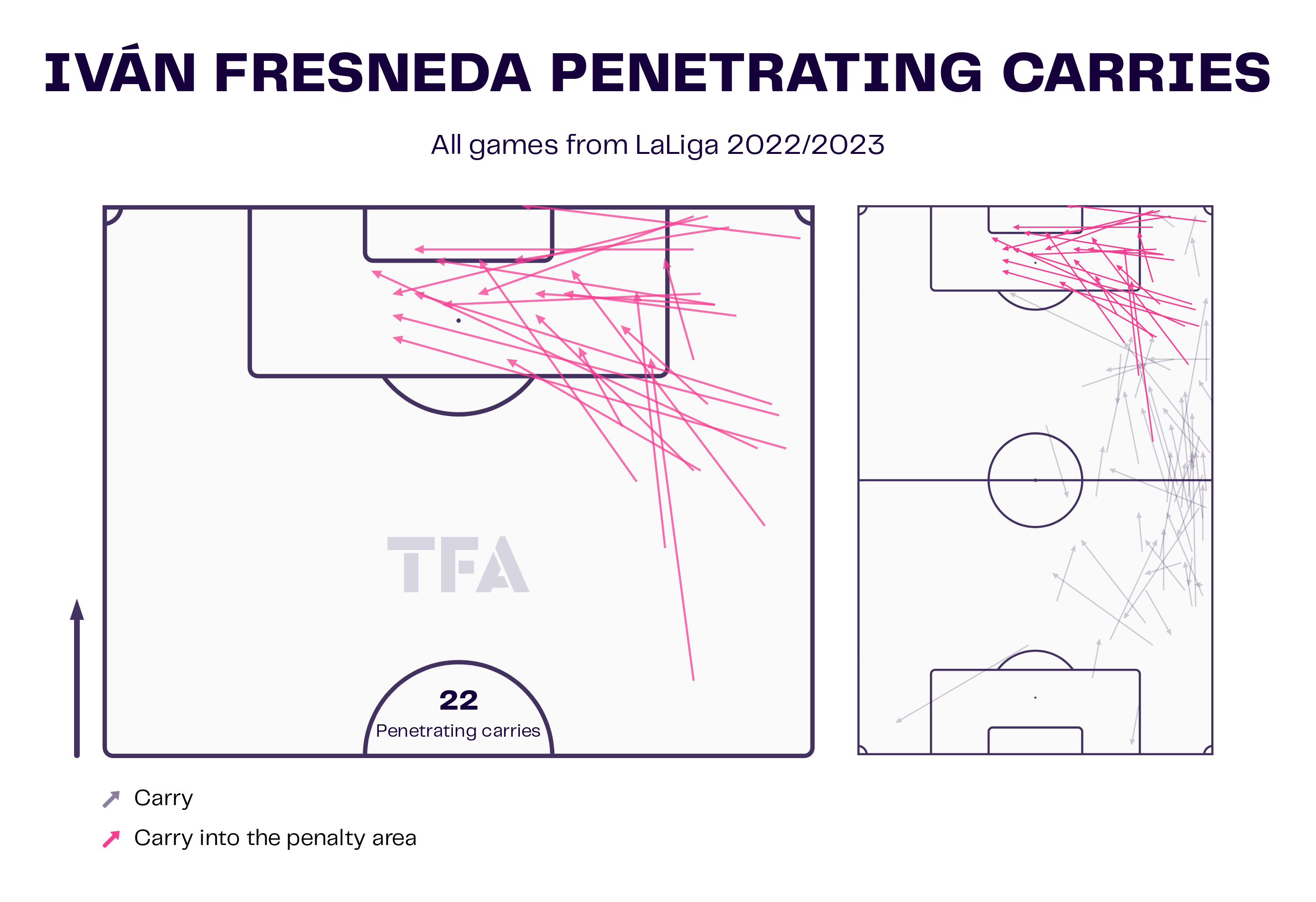 With an average of 3.26 dribbles per game, Ivan Fresneda has completed 22 penetrating carries this season. His fast runs through the right wing will be of incredible use to Borussia Dortmund, as they will add an extra edge to their attack. He has completed 60.9% of the dribbles he has attempted and is ranked above average for dribbles per game. Apart from the dribbles, he also makes around 1.77 progressive runs per game. 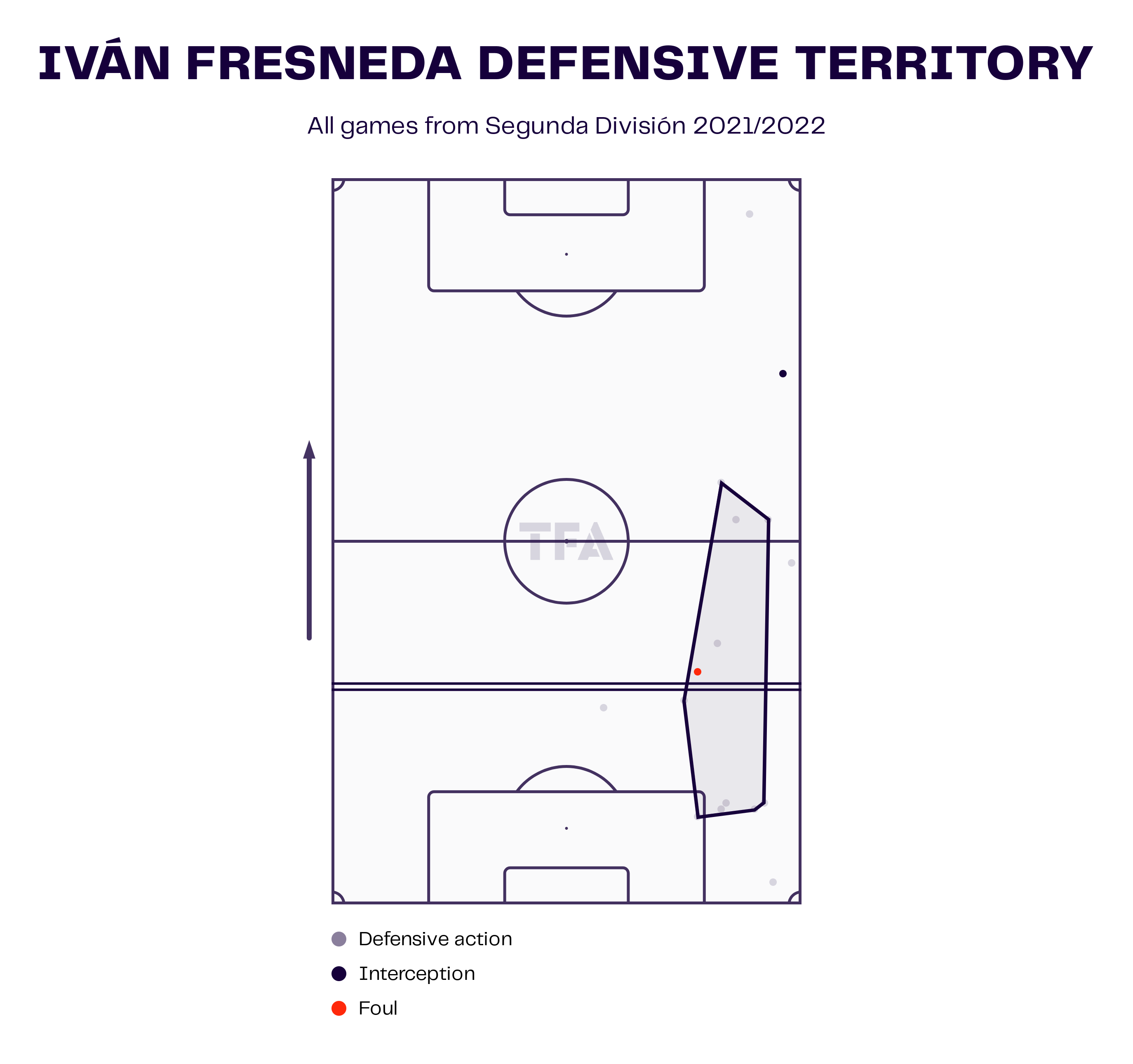 The visual above shows Ivan Fresneda’s defensive territory from the last season. Last season, they played in the Segunda division, and Fresneda had a big role to play in Valladolid getting promoted to the first tier. Last season, he contested an average of 10.16 defensive duels per game with 58.2% success. He also made an average of 2.96 aerial duels per game with 30.4% success. These numbers have seen a slight dip this season, but it is negligible considering the difference in level. 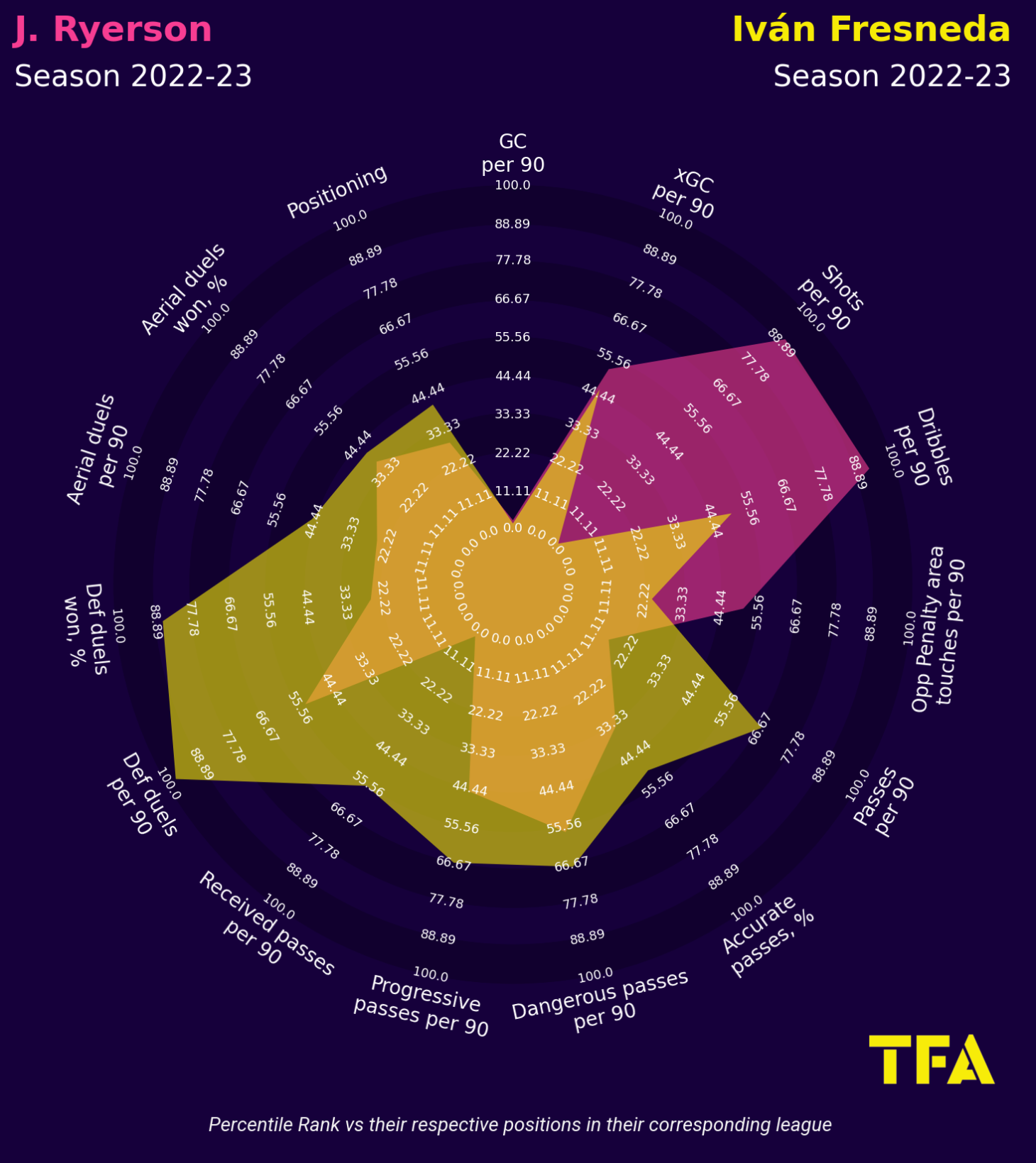 The visual above compares the radars of Ivan Fresneda and Dortmund’s latest signing, Julian Ryerson. Ryerson was signed from Union Berlin in January and played as the right-back against Augsburg. Statistically, Fresneda has better stats than Ryerson in defensive metrics, while Ryerson has done better in shots, dribbles, and touches in the opponent’s penalty area. If Dortmund signs him, Fresneda will add better defensive strength to the unit, and Ryerson, who is a versatile player, can play in other positions.

The odds for Borussia Dortmund are likely to increase in the 1×2 market if they sign Ivan Fresneda. He will add value to the team and will also bring the over/under lines market down as he is very solid defensively.

Ivan Fresneda is closely followed by other European clubs, with Arsenal being one of the biggest names. But according to reports, Fresneda is interested in joining the German club. If the youngster decides to move to Germany, he will be a player to watch out for in the future.