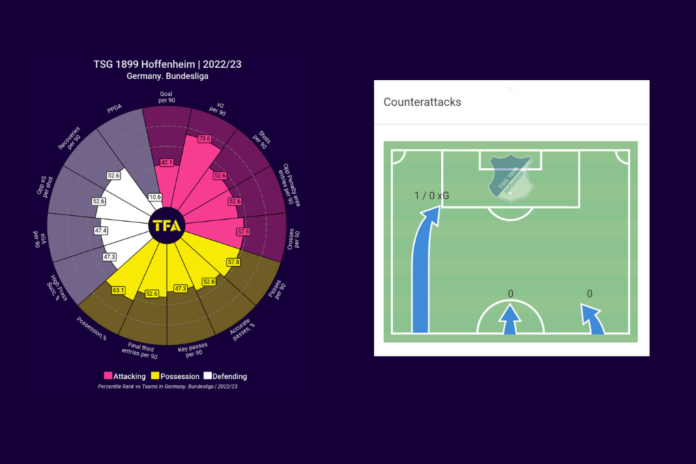 Hoffenheim, who is in the 11th position in Bundesliga, is having a slim patch. They haven’t won a single game in the last five matches. Hoffenheim have conceded 12 goals while scoring only five themselves. This has held Hoffenheim back from reaching a higher position, as winning at least three matches would have placed them in the top five of the league. Therefore, we look at their stats from the last five matches to understand how their recent record is dangerous for them.

Season in a nutshell 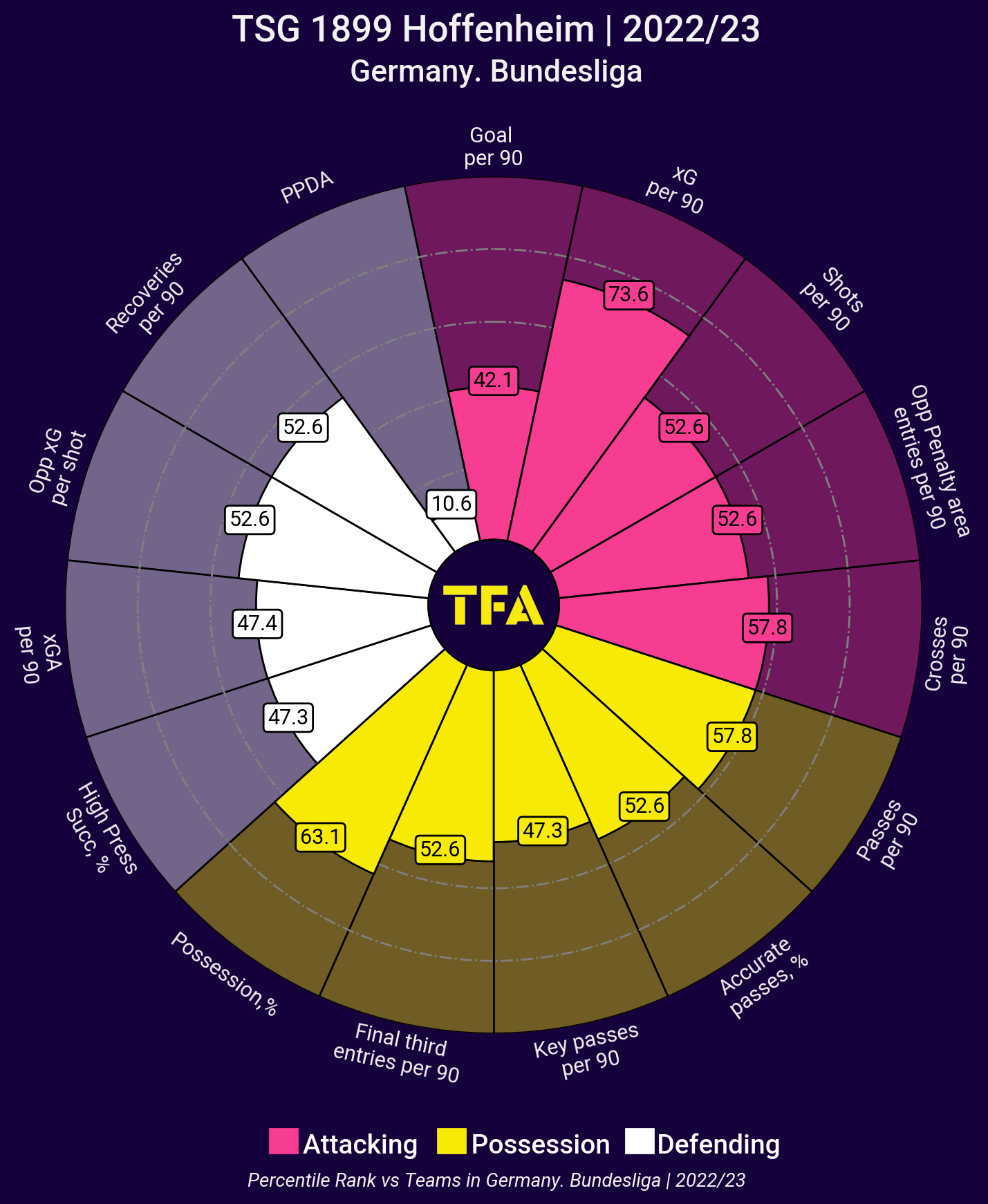 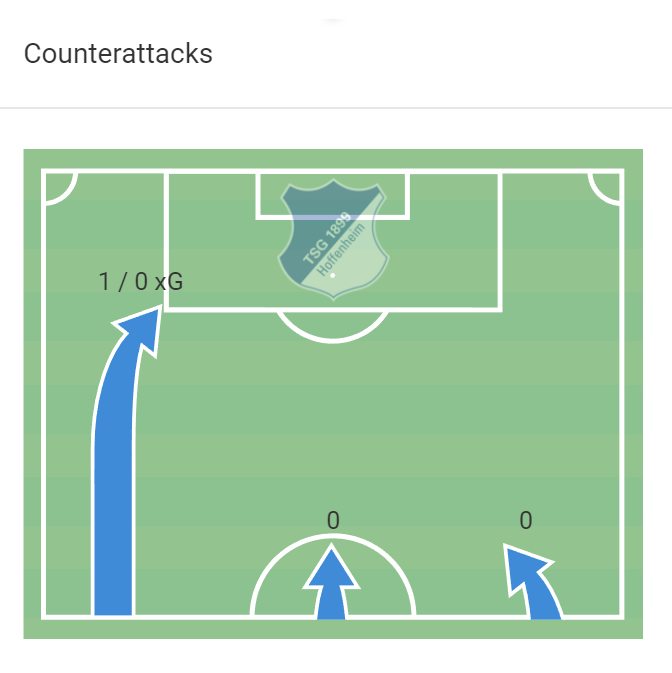 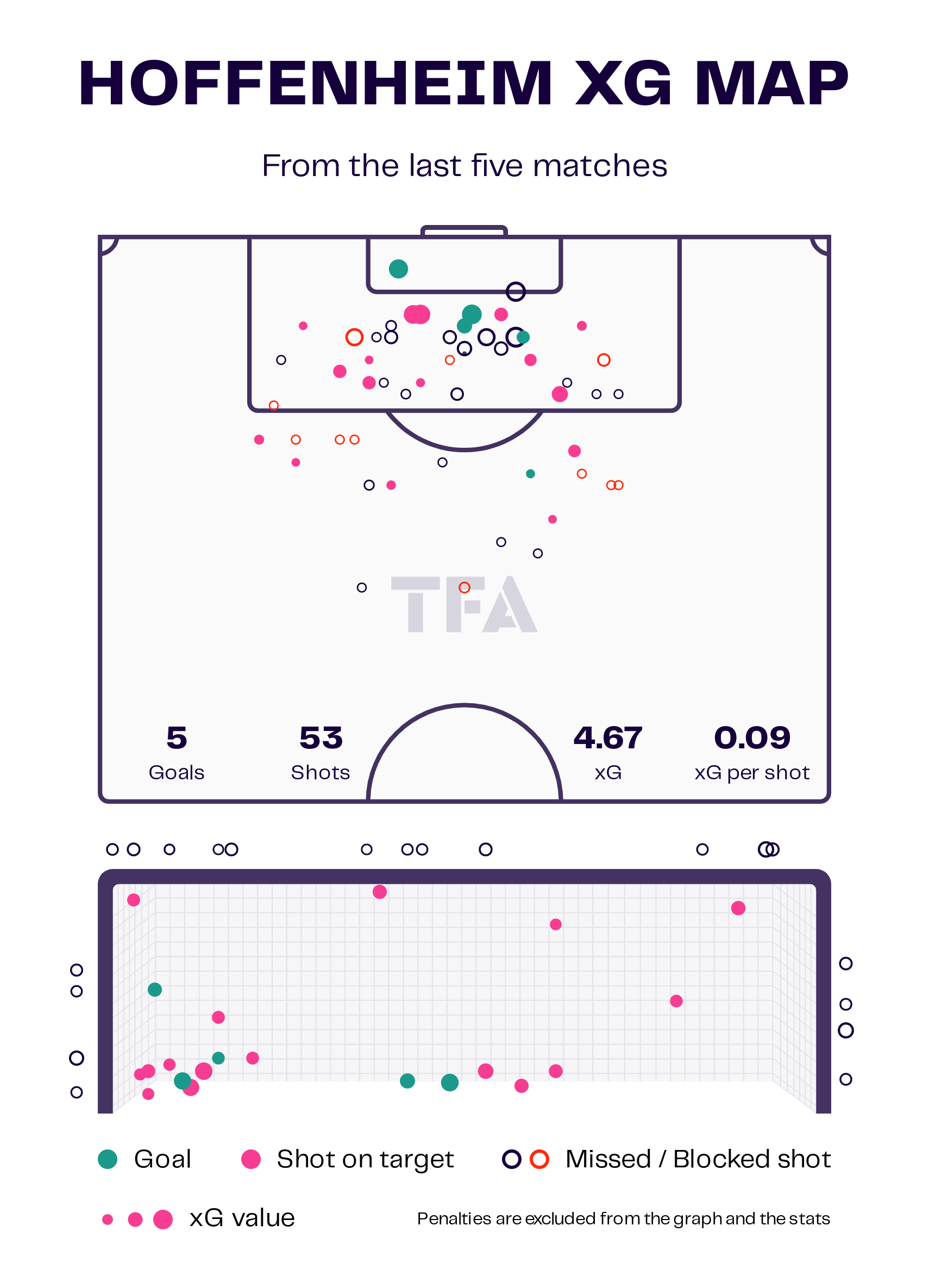 The above visual shows the xG map of Hoffenheim from the last five matches. They have only scored five goals but have conceded 12. They have attempted 53 shots in the last five matches, with an average of 10.6 shots per game, which is down from an average of 12.47 shots per game. Out of the 53 shots, 21 were on target, but the Hoffenheim players couldn’t finish the chances they got. 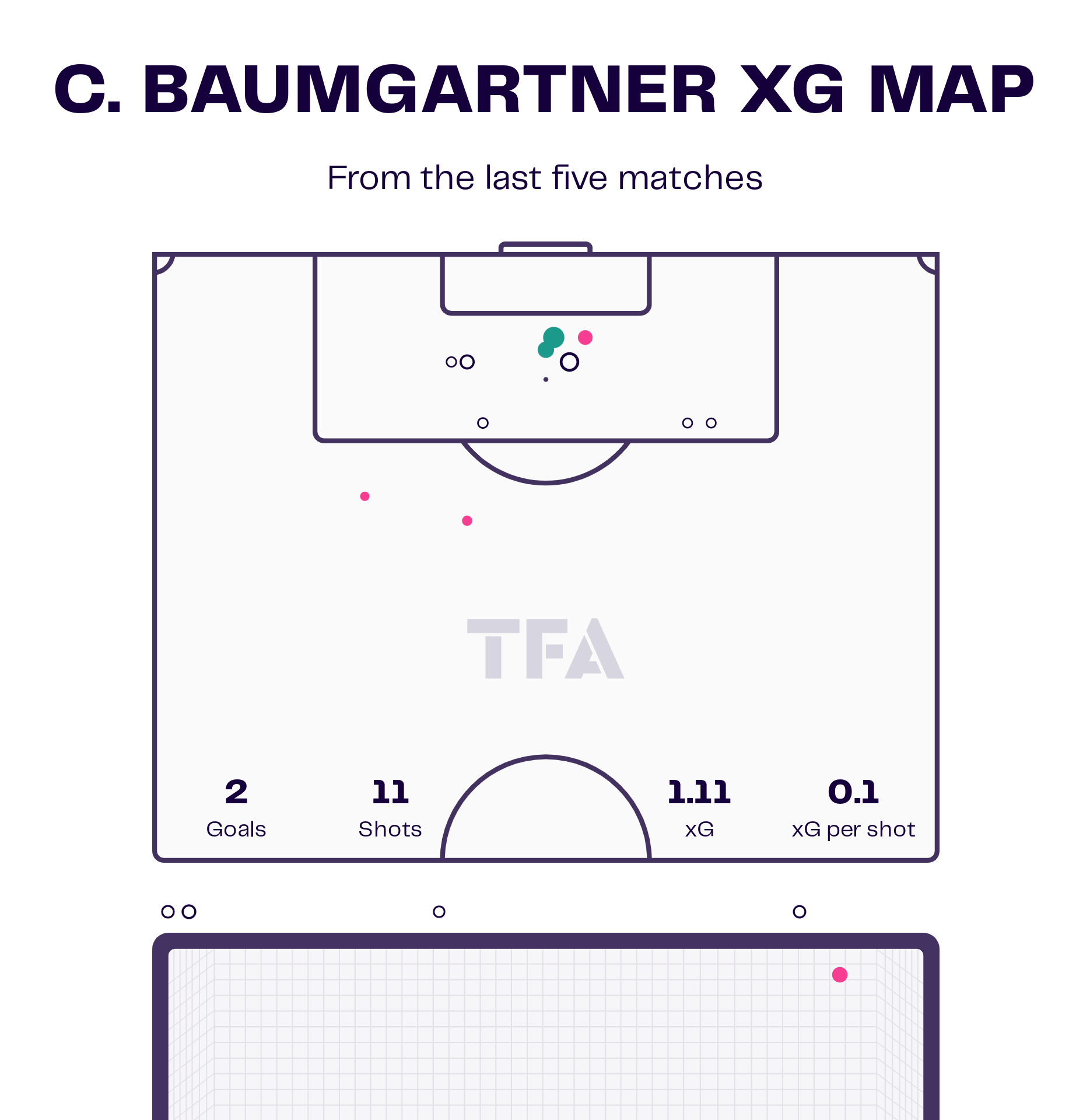 The above visual shows Christoph Baumgartner’s xG map from the last five matches. Out of the five goals Hoffenheim have scored, Baumgartner has scored two. He is their top scorer and one of the very few bright sparks in their recent matches. 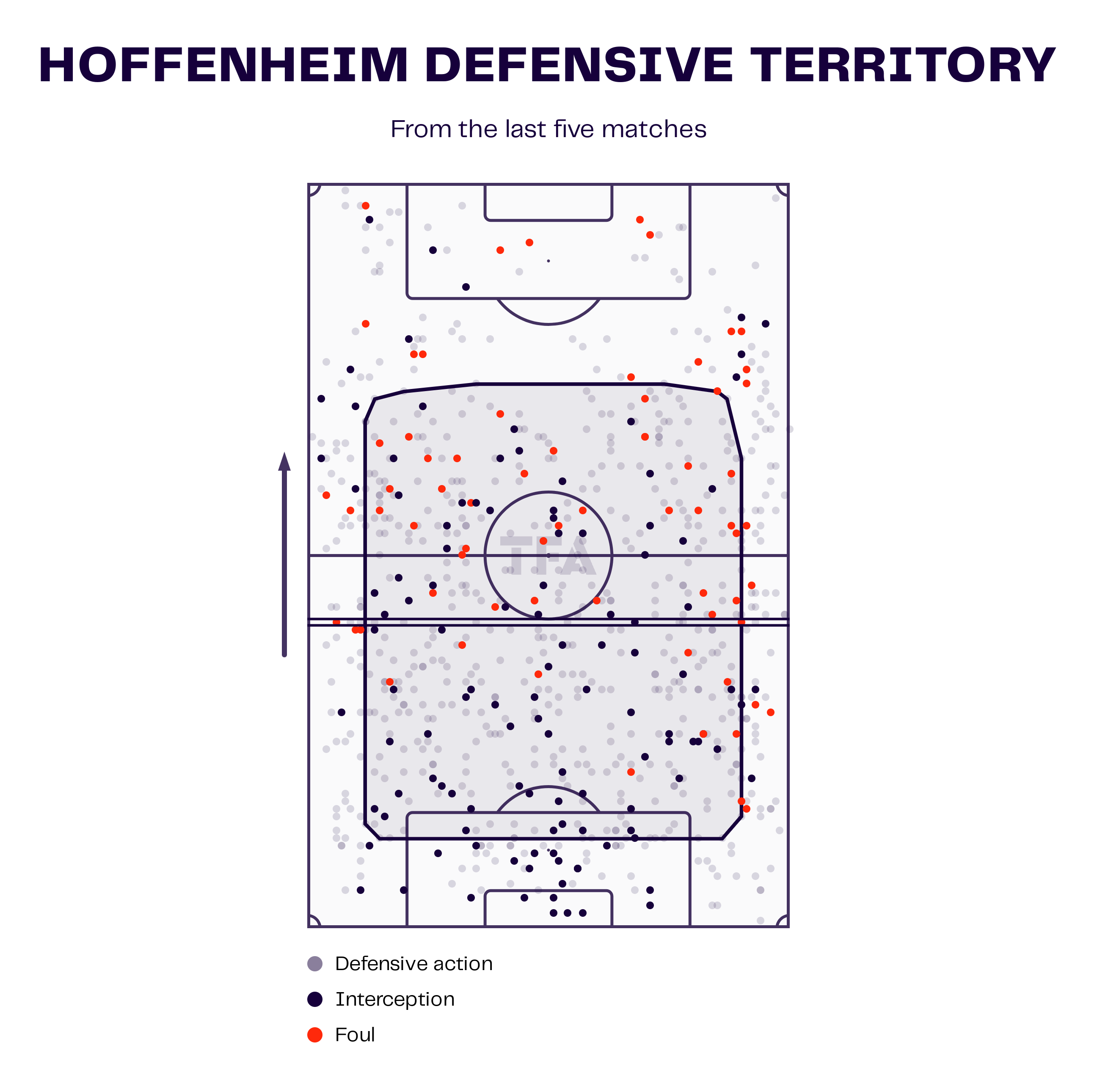 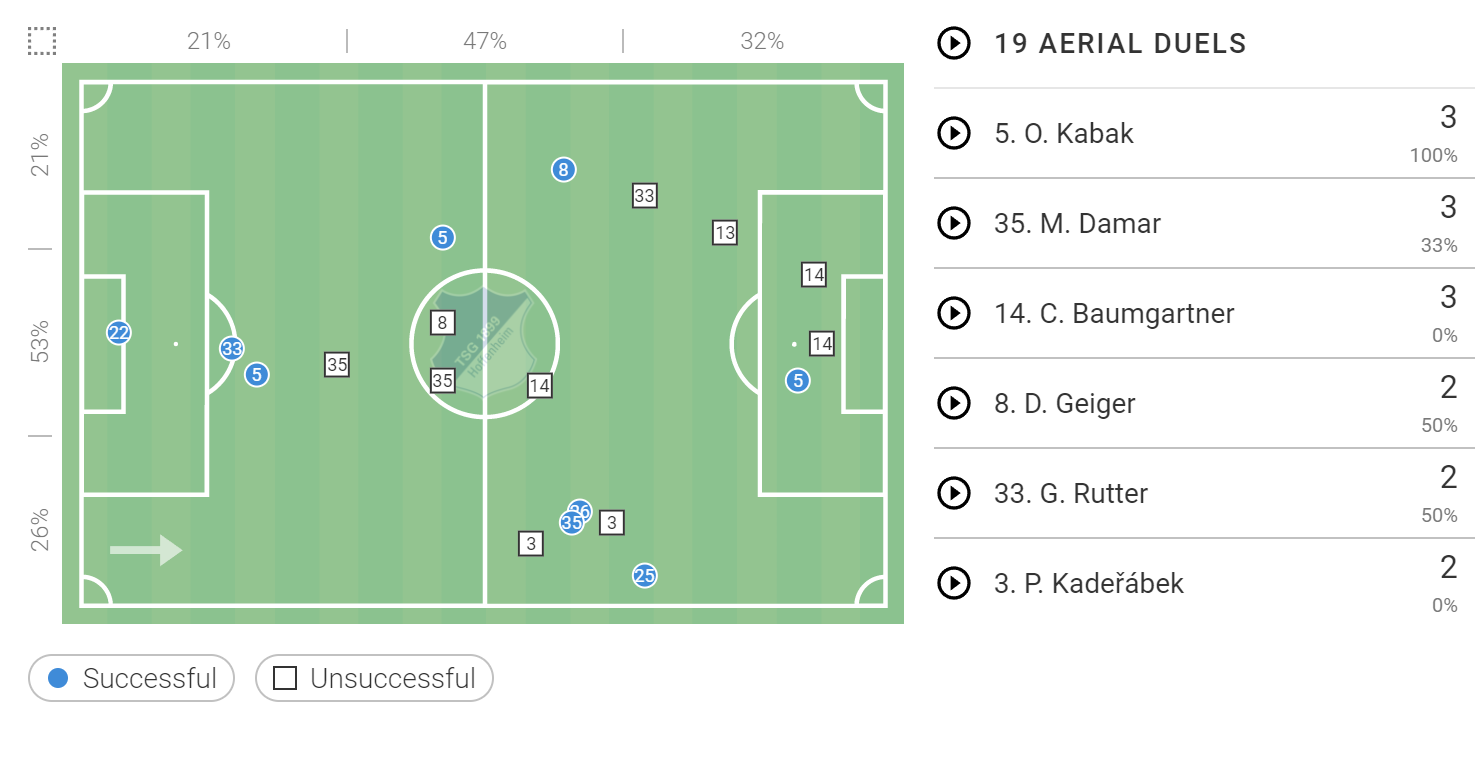 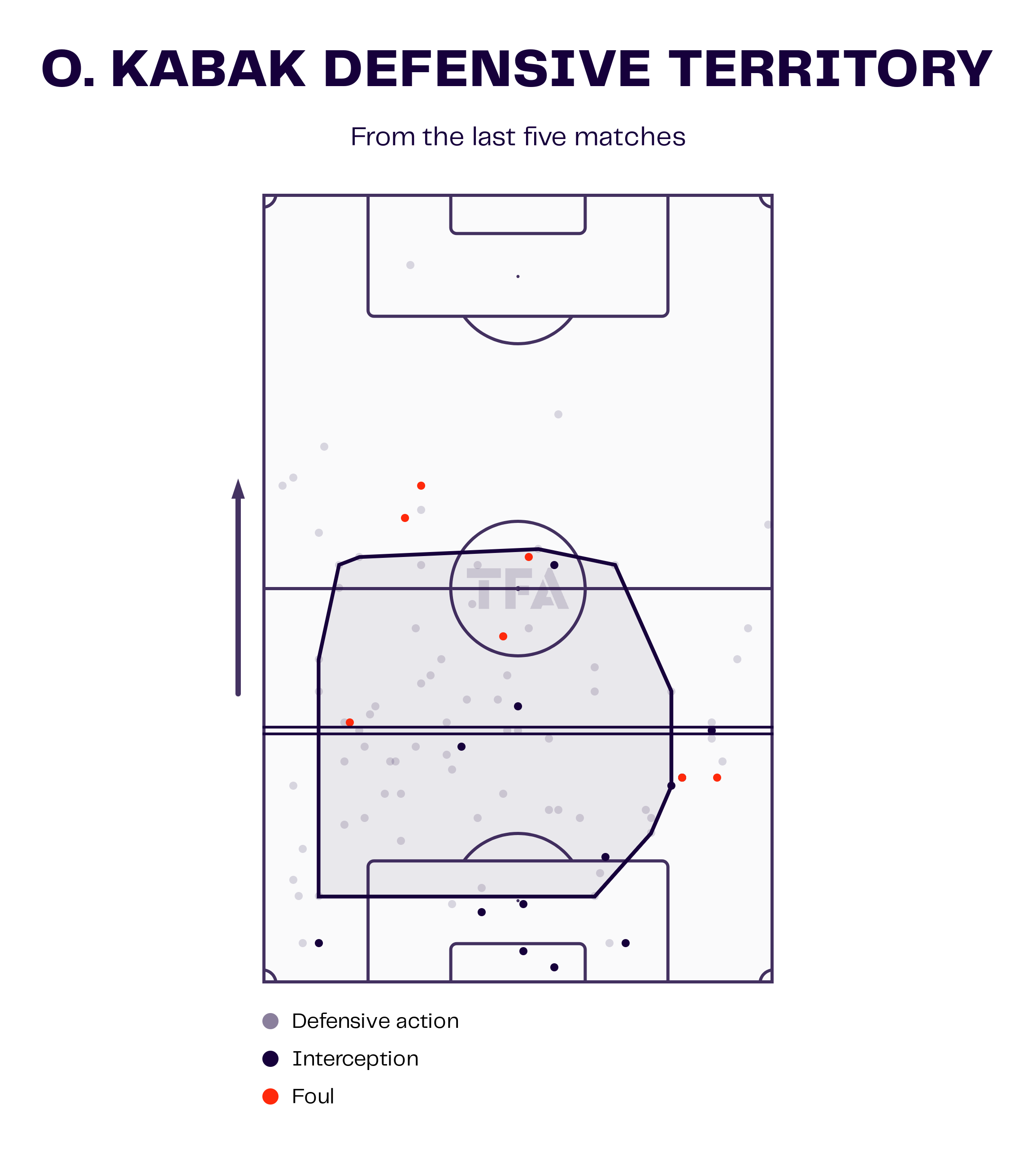 With 85 interceptions this season, Ozan Kabak is Hoffenheim’s best defender. He has been solid at the back for them but has failed to stop the goals in recent matches. He is one of the best in aerial duels, but his average has come down from 6.9 aerial duels per game to 5.4. His average number of interceptions per game, however, has gone from 5.02 to eight.

Hoffenheim, who got off to a relatively good start, has taken a U-turn and is in a bad slump. They haven’t won a single match in the last five games and have lost by a good margin. Manager André Breitenreiter will be hoping to strengthen his squad in the transfer window and will be urging his players to produce better results.

The Data: Peru beat Colombia away

Under the microscope: Why a move to Bayern has not gone...