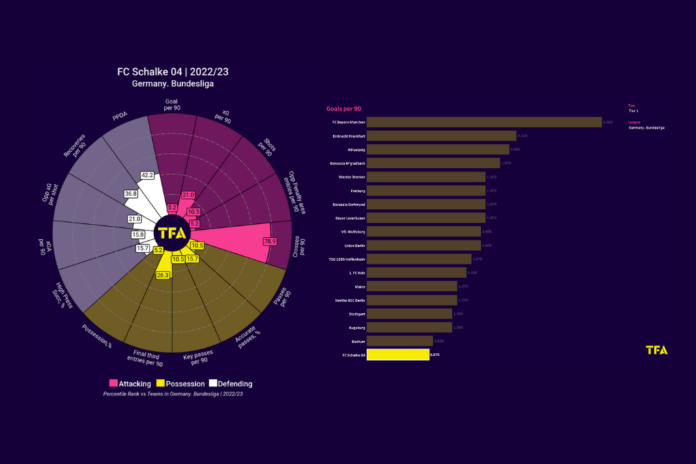 FC Schalke are having a rough season in the Bundesliga and are in the 20th spot with just nine points from 15 matches. They have won only two matches, drawn three, and lost ten matches this season. Neither their attack nor their defence is in form, as they are the team with the fewest goals scored and the second-highest number of goals conceded. If nothing happens quickly, the chances of them getting relegated are very high. Therefore, we look at their stats to understand why their awful form this season could put them back in the second tier of the Bundesliga. 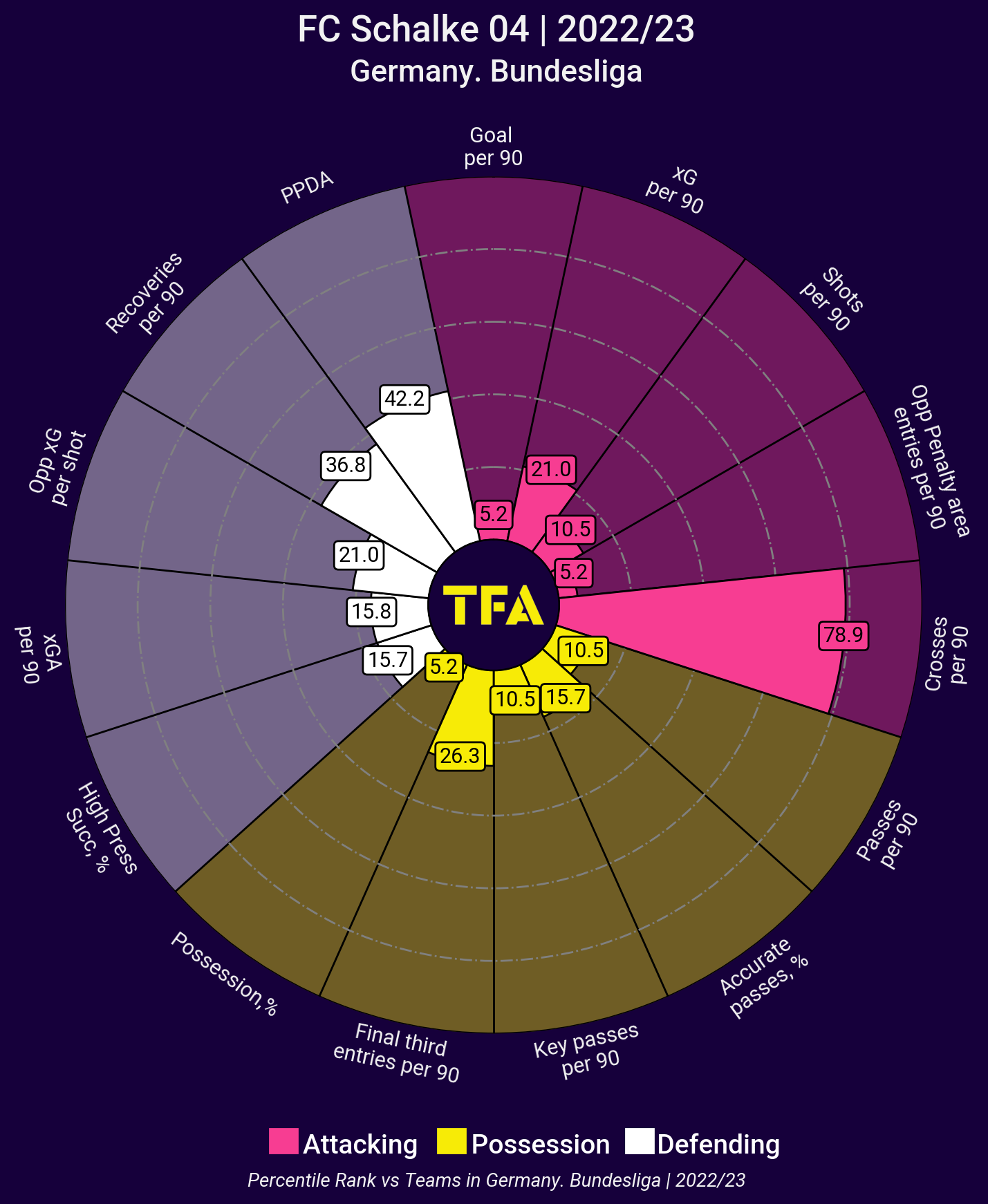 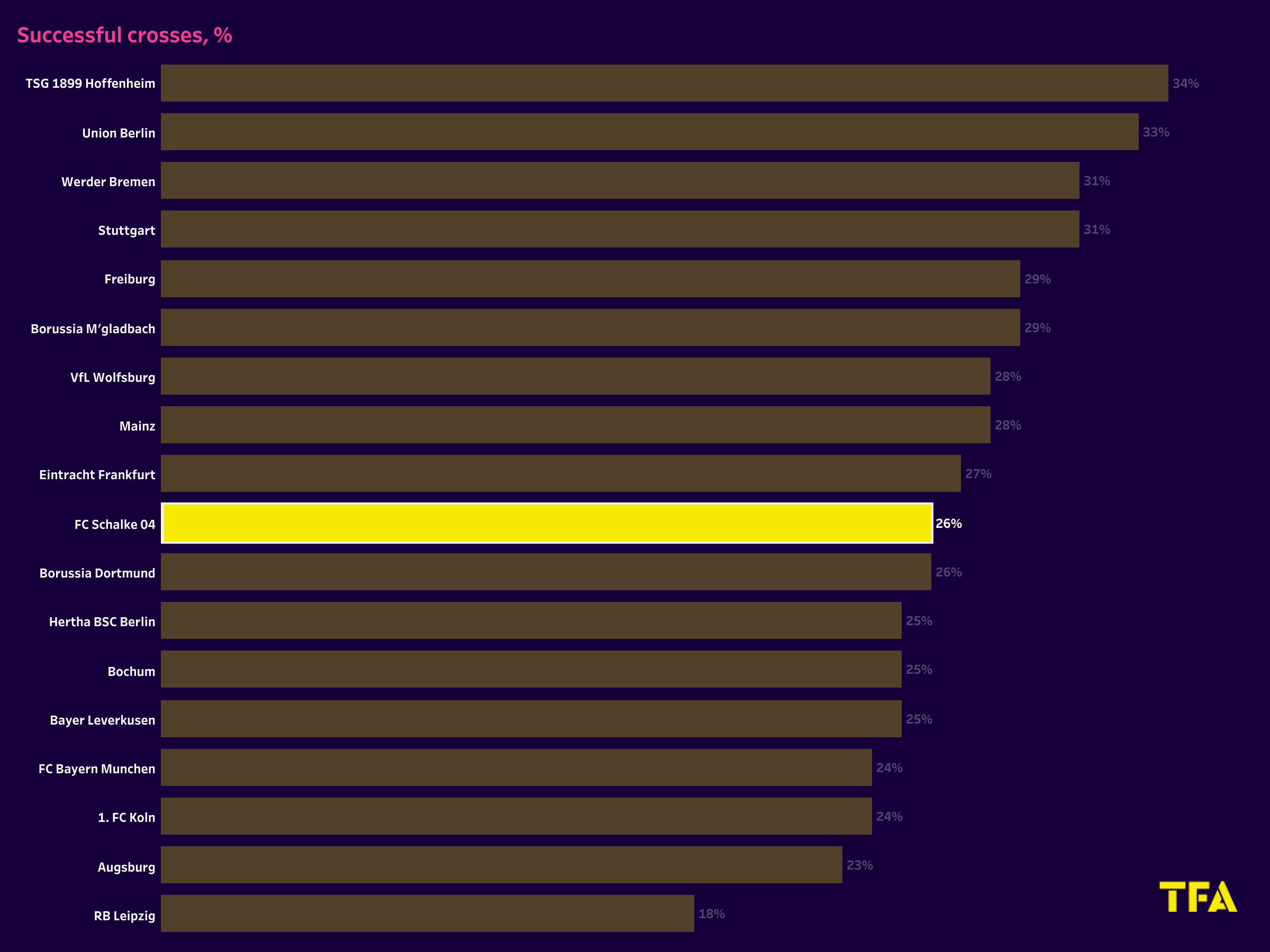 We can understand from the pizza chart that they play a lot of crosses. But even then, their percentage of successful crosses is very low. They are tenth on the list with 26% success. Schalke averages around 16.53 crosses per game, with 36% of them finding their target. Crosses are their main source of attacks, but they have not been able to find the goal even through them. 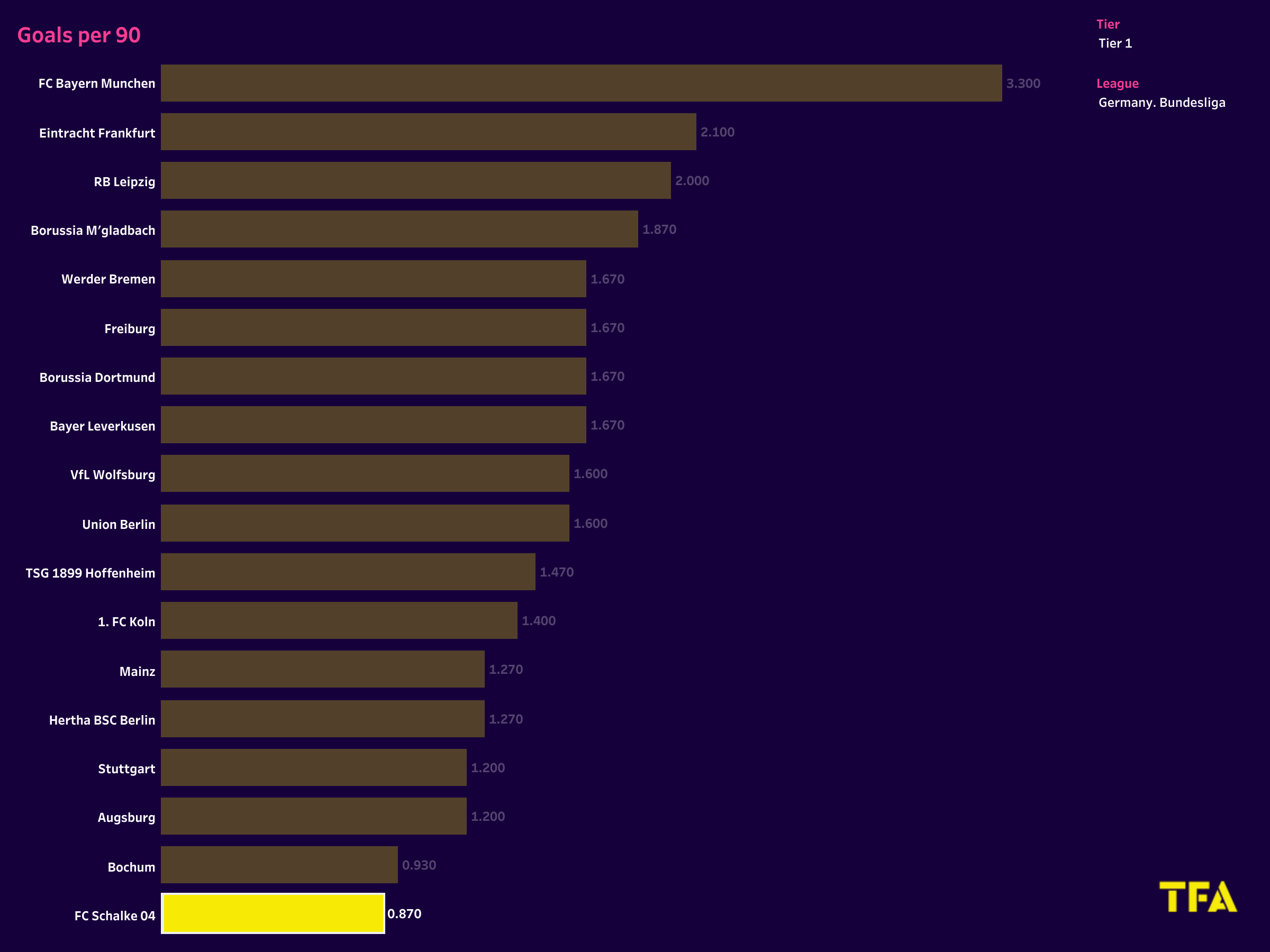 Schalke are the team with the fewest goals scored in the Bundesliga this season. They have scored only 13 goals this season, with an average of 0.87 goals per game. Their inability to find goals when required has hurt them and could well be one of the main reasons why they might get relegated. 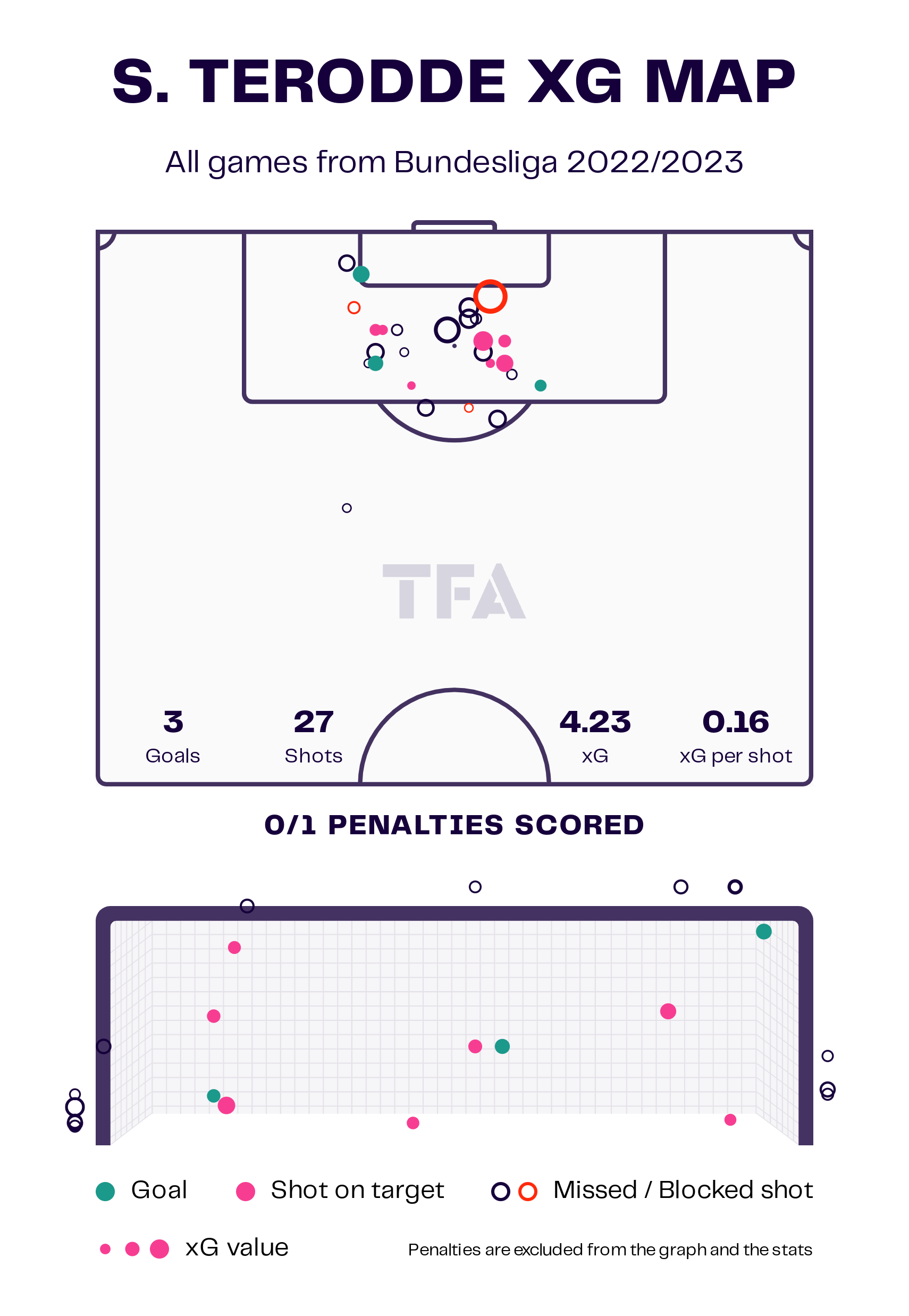 The visual above shows Schalke’s top scorer Simon Terodde’s xG map. He has only scored three goals this season. Terodde has attempted 27 shots this season, with ten of them on target. The fact that their top scorer has scored only three goals speaks volumes about their attacking woes. 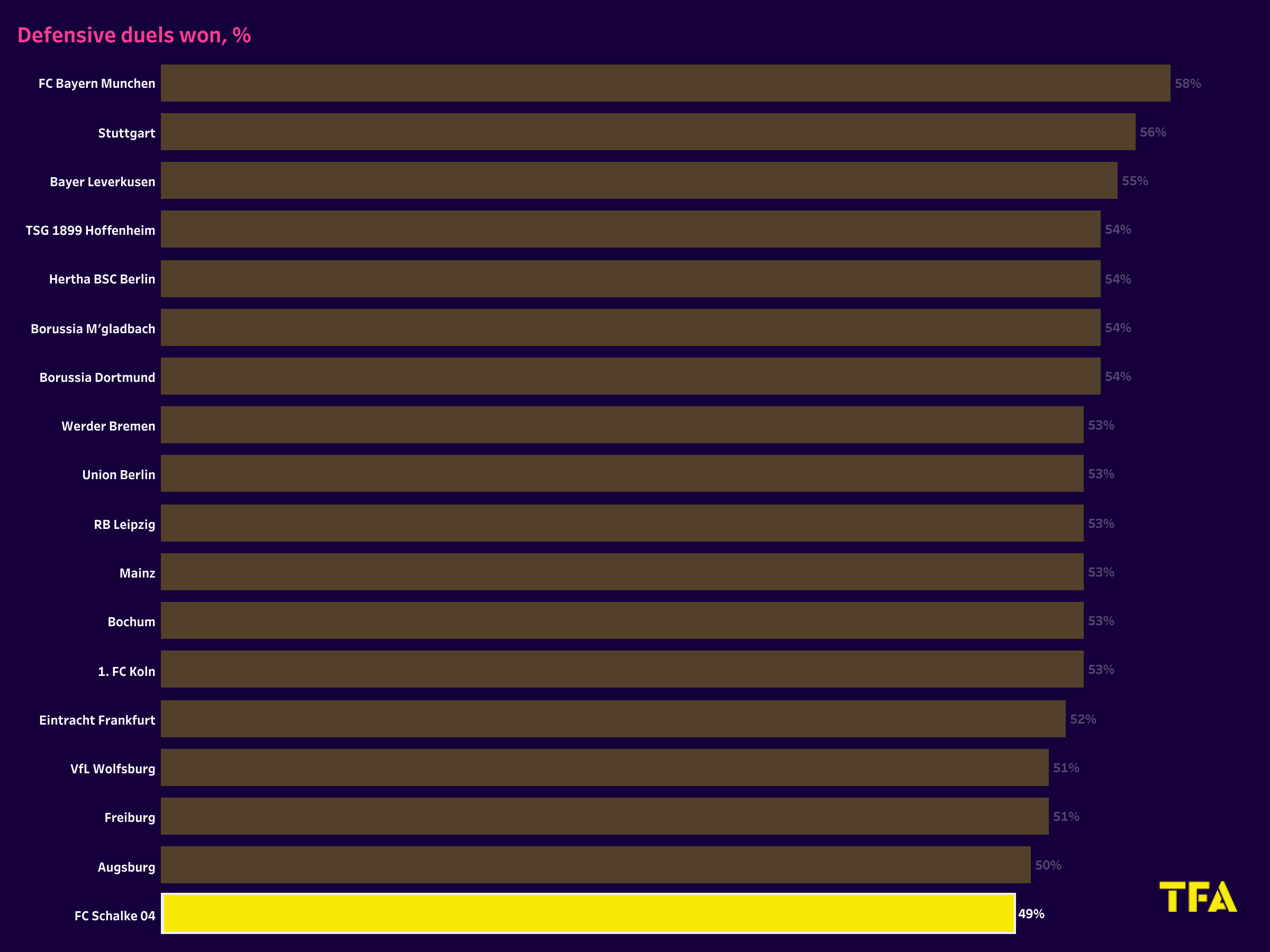 If Schalke’s attack is not efficient enough, their defence is not that different either. As we can observe from the visual above, they are placed last on the list of defensive duels won. Schalke contests an average of 70 defensive duels per game and have a win rate of 49%, which is the lowest in the league. 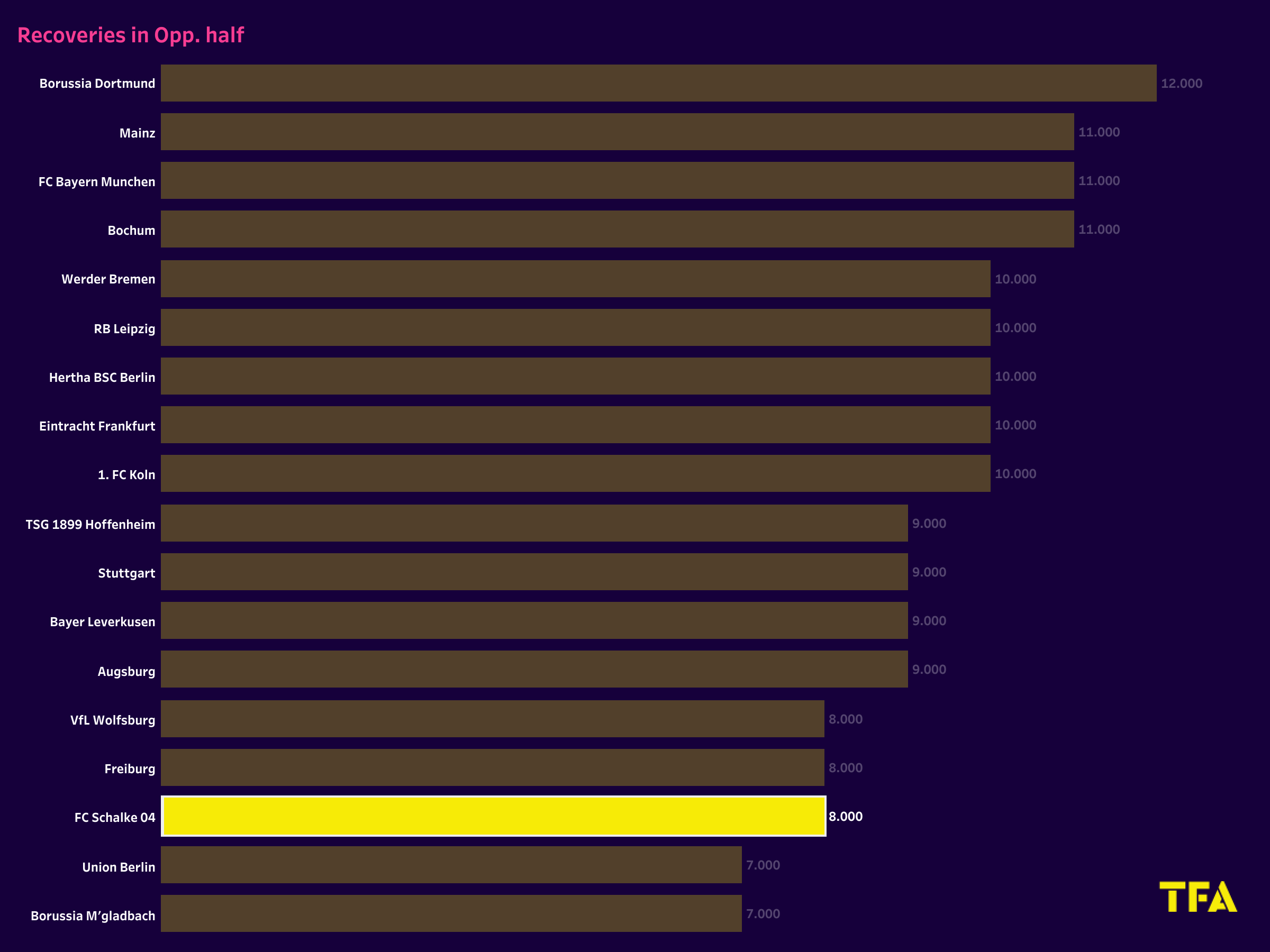 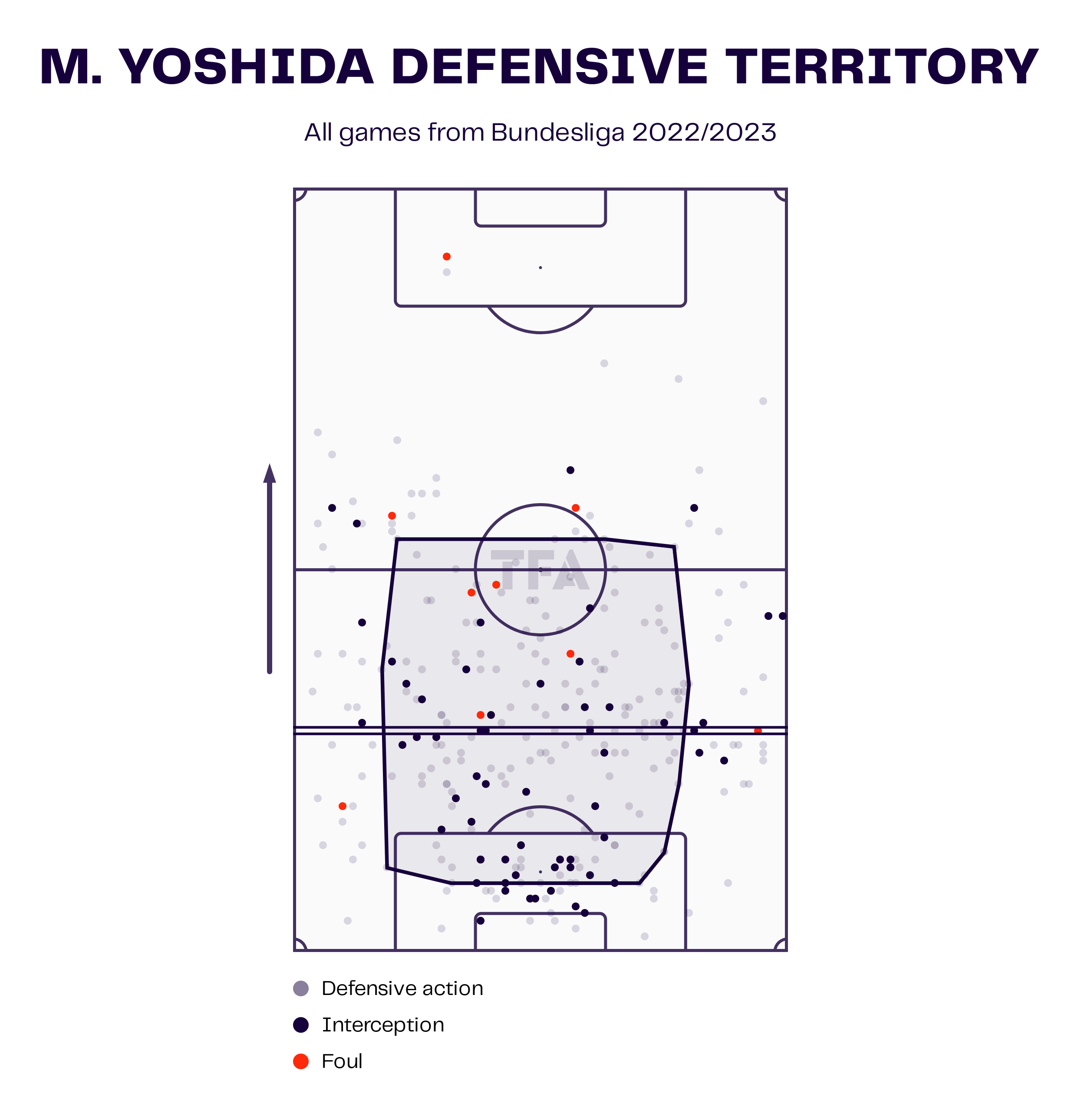 Maya Yoshida has been one of Schalke’s best defenders this season. The Japanese veteran has tried his best to stop the opposition’s attacks and has accumulated over 126 interceptions this season. But even then, Schalke’s defensive worries have not ended.

Looking at the 1×2 market, the odds for Schalke are likely to be very high given their poor form in the campaign. Meanwhile, overlines are expected to flourish as they have conceded many goals this season.

Schalke’s season could not have gotten any worse than this. They have won just two games this season and are placed last on the table. The players will be hoping to change their fortunes around when the Bundesliga returns, with getting out of the relegation zone being their top priority.