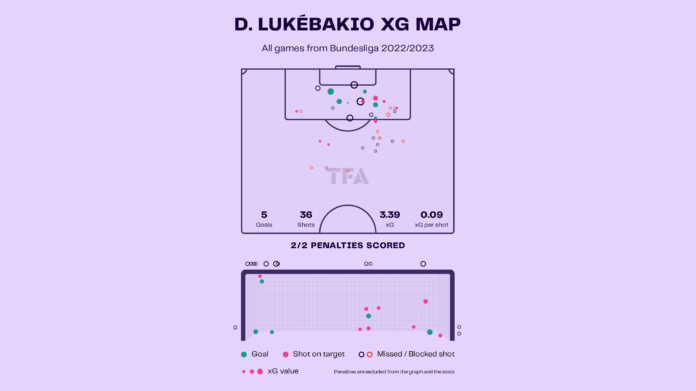 Hertha Berlin is currently in the 15th position in the Bundesliga with 14 points from 15 matches with just three wins under their belt. They have scored 19 goals this season, out of which seven were scored by the 25-year-old Dodi Lukebakio.

Lukebakio, who signed for Hertha in 2019, is enjoying one of his best seasons individually and is single-handedly keeping Hertha from getting relegated. The left-footed Belgian is a constant threat in front of the goal and is one of the very few bright lights for Hertha. He has scored seven goals and assisted one in the Bundesliga this season. We look at his stats to understand how his contributions are crucial for Hertha to not get relegated. 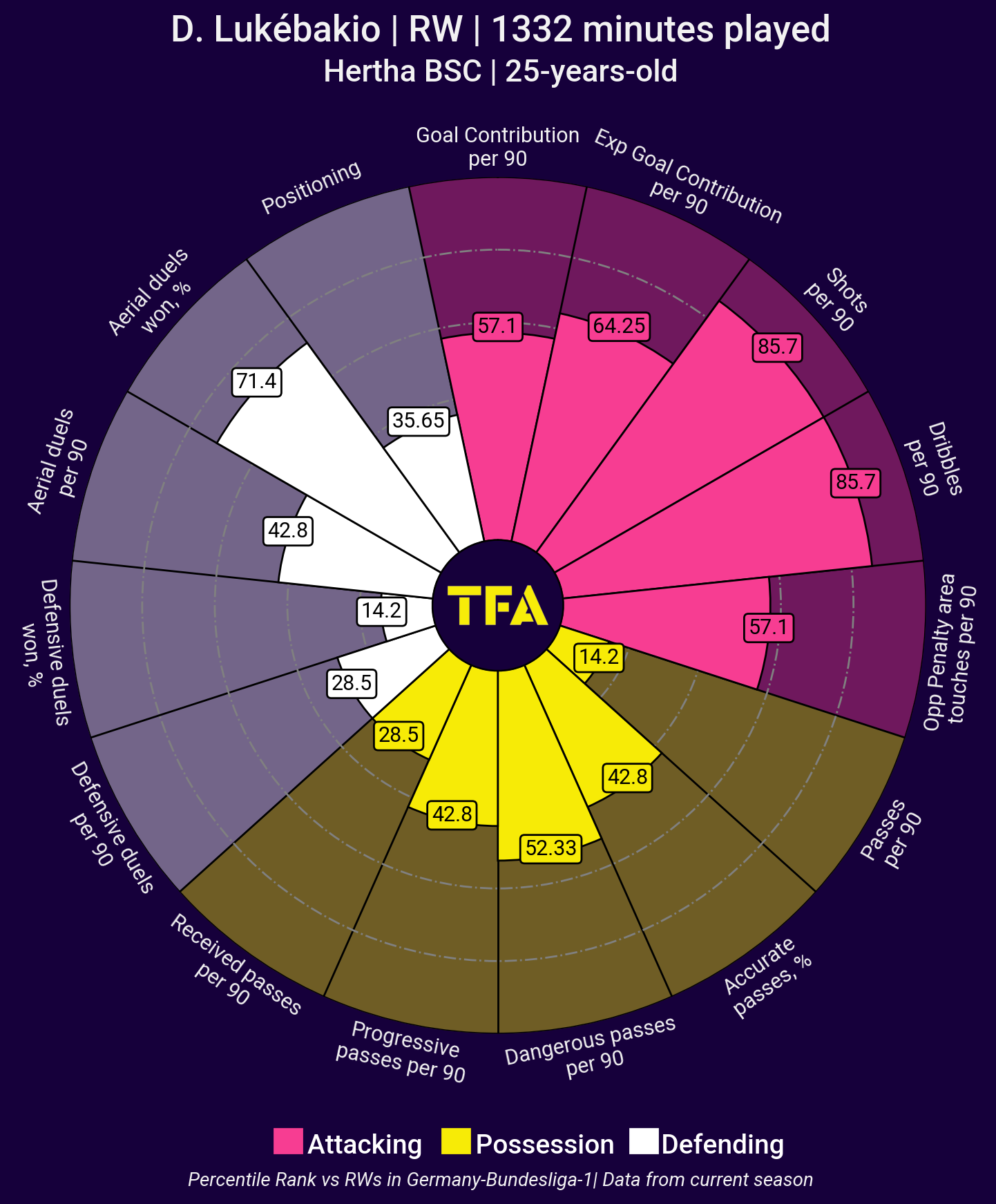 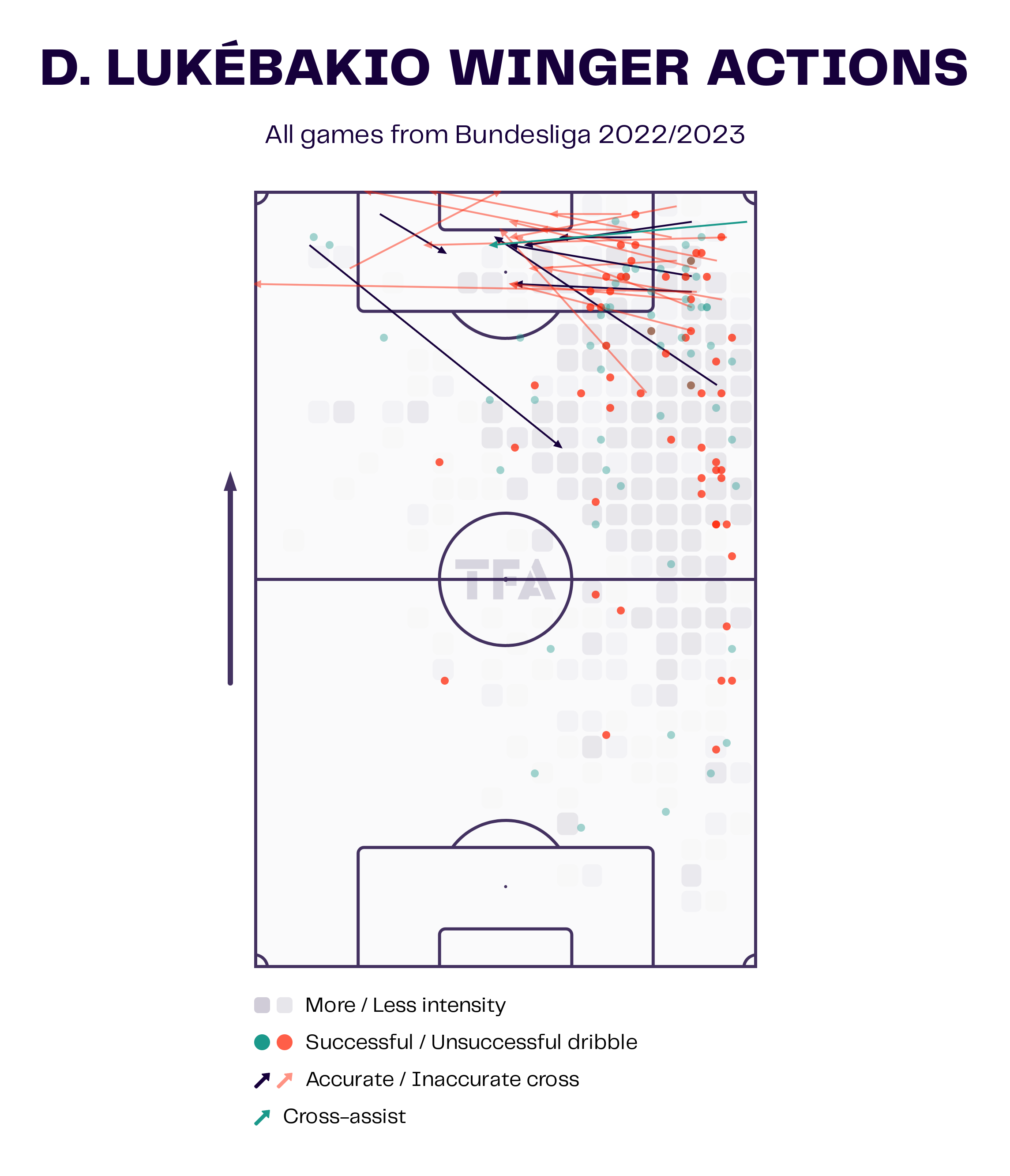 Usually playing as a right-winger, Lukebakio poses constant threats with his dribbles and crosses. The above visual shows the actions of Lukebakio as a winger. We can observe from the viz that he takes on players 1v1 and puts some crosses into the box. He makes an average of 1.69 crosses per game with 32% success. Moreover, he participates in an average of 15.68 offensive duels per game, winning 39.2% of them. His ability to go past defenders makes him a very dangerous player and gives Hertha an important attacking option. 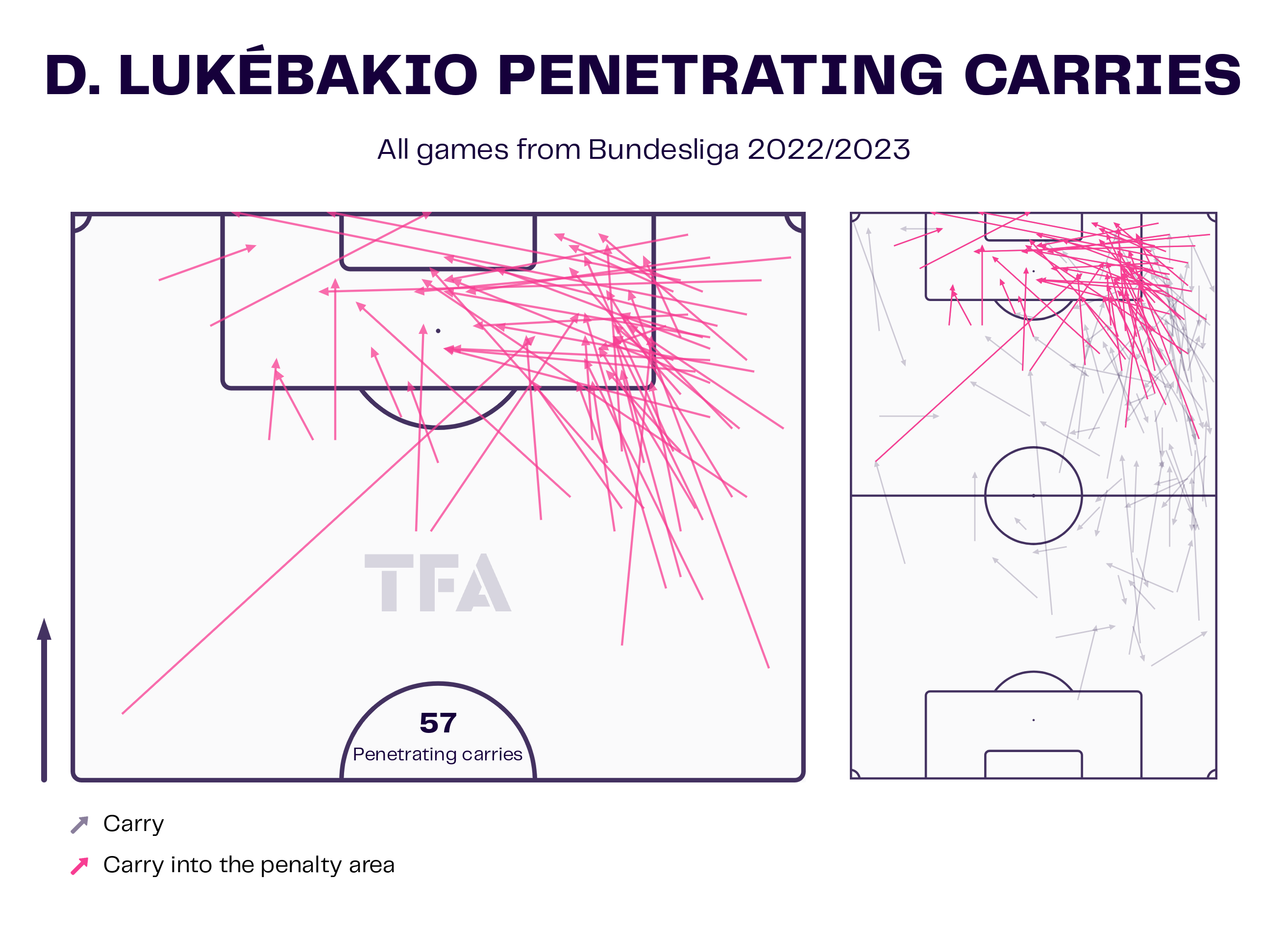 Swift-footed, Lukebakio makes an average of 7.64 dribbles per game with a 49.6% success rate. Dribbling is one of his strongest suits, and he uses it to good effect as well. The above visual shows the penetrating carries Lukebakio has made this season. With 57 penetrating carries, the 25-year-old has eased past defenders this season. He is fast, strong, and has a good touch as well, which makes it hard for the defenders to knock the ball off his feet. In addition, he makes around 3.04 progressive runs per game. His dribbling stats have gone up from last season, when he used to make an average of 6.01 dribbles per game. 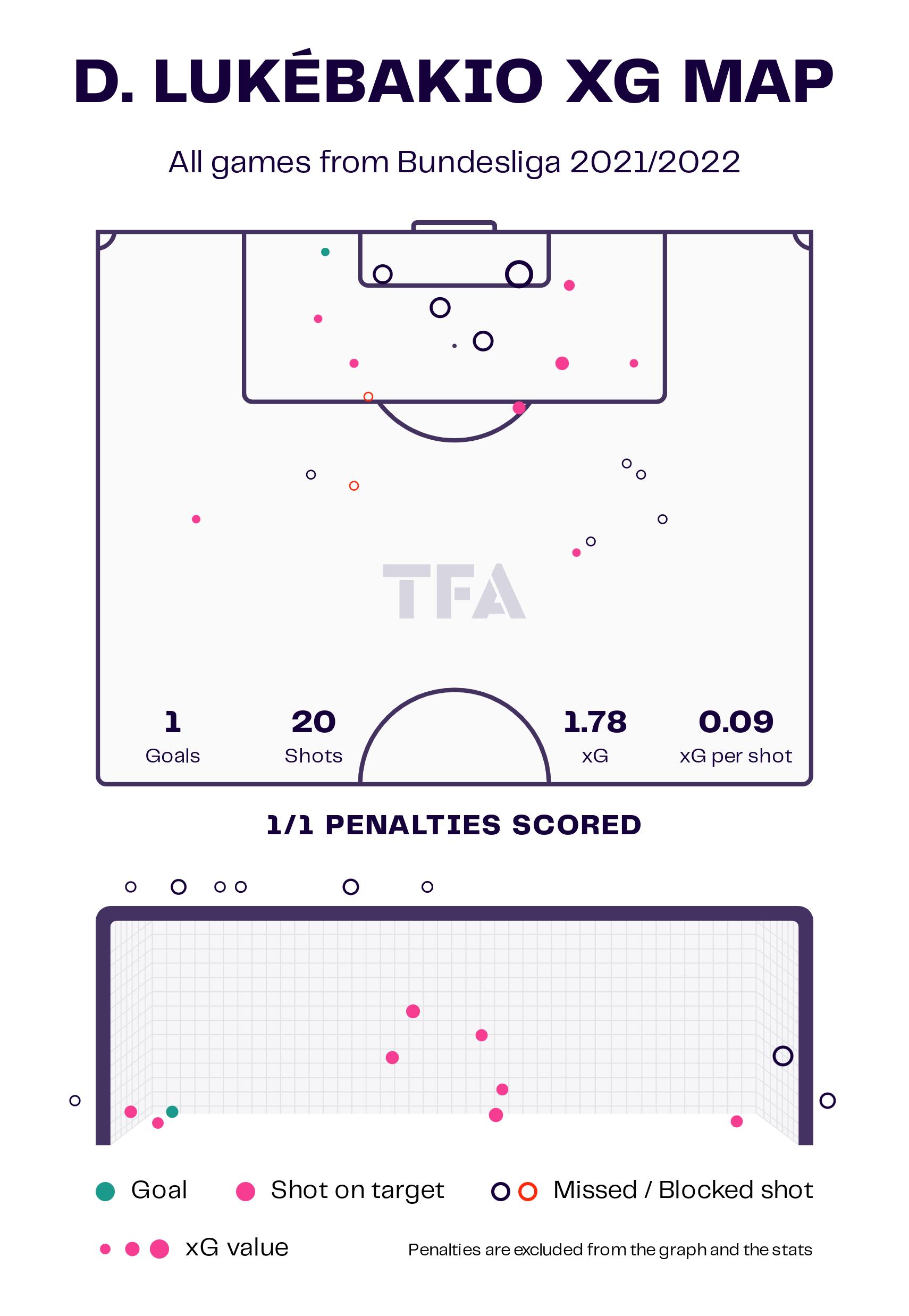 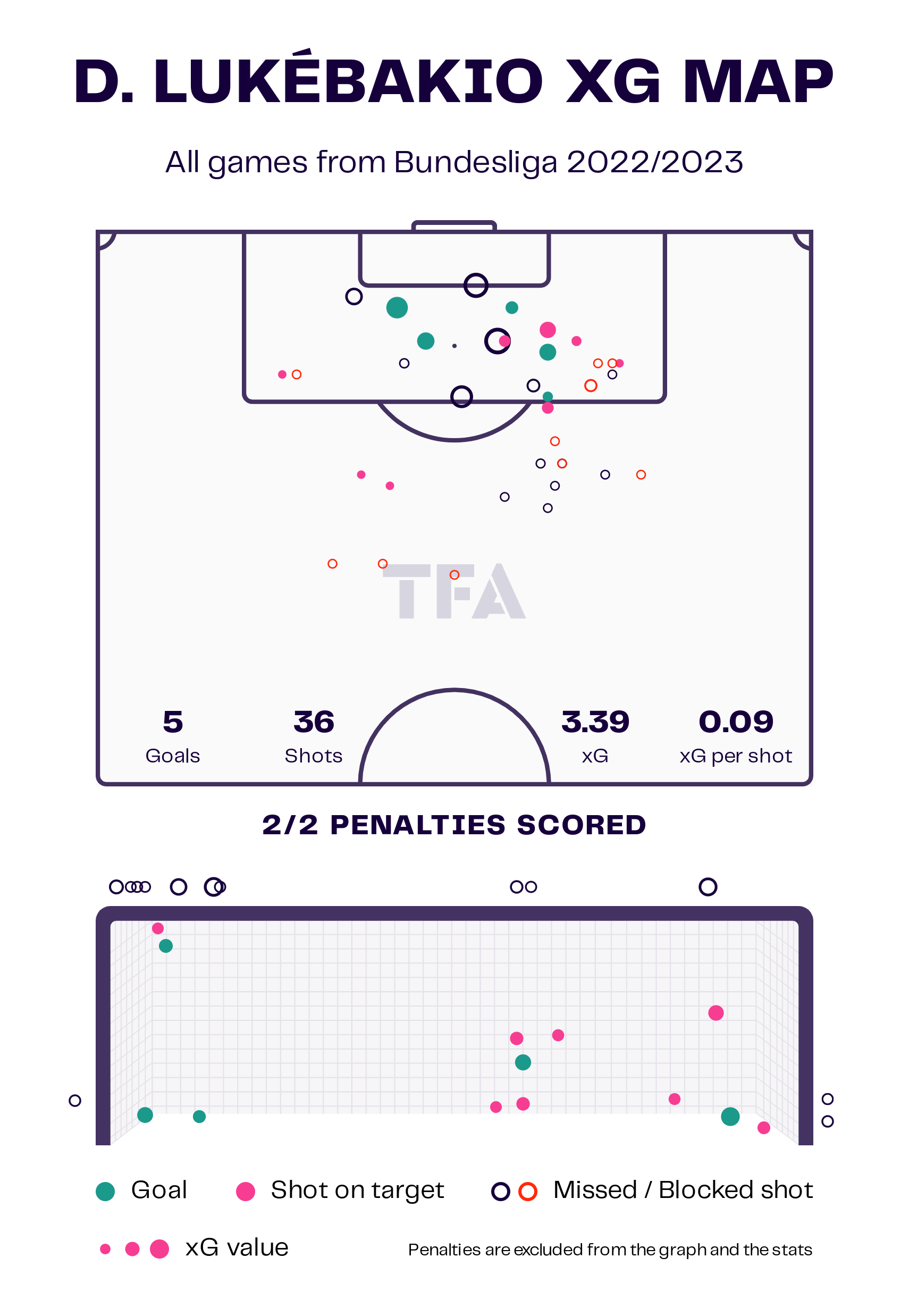 One of the best right-wingers in the league? 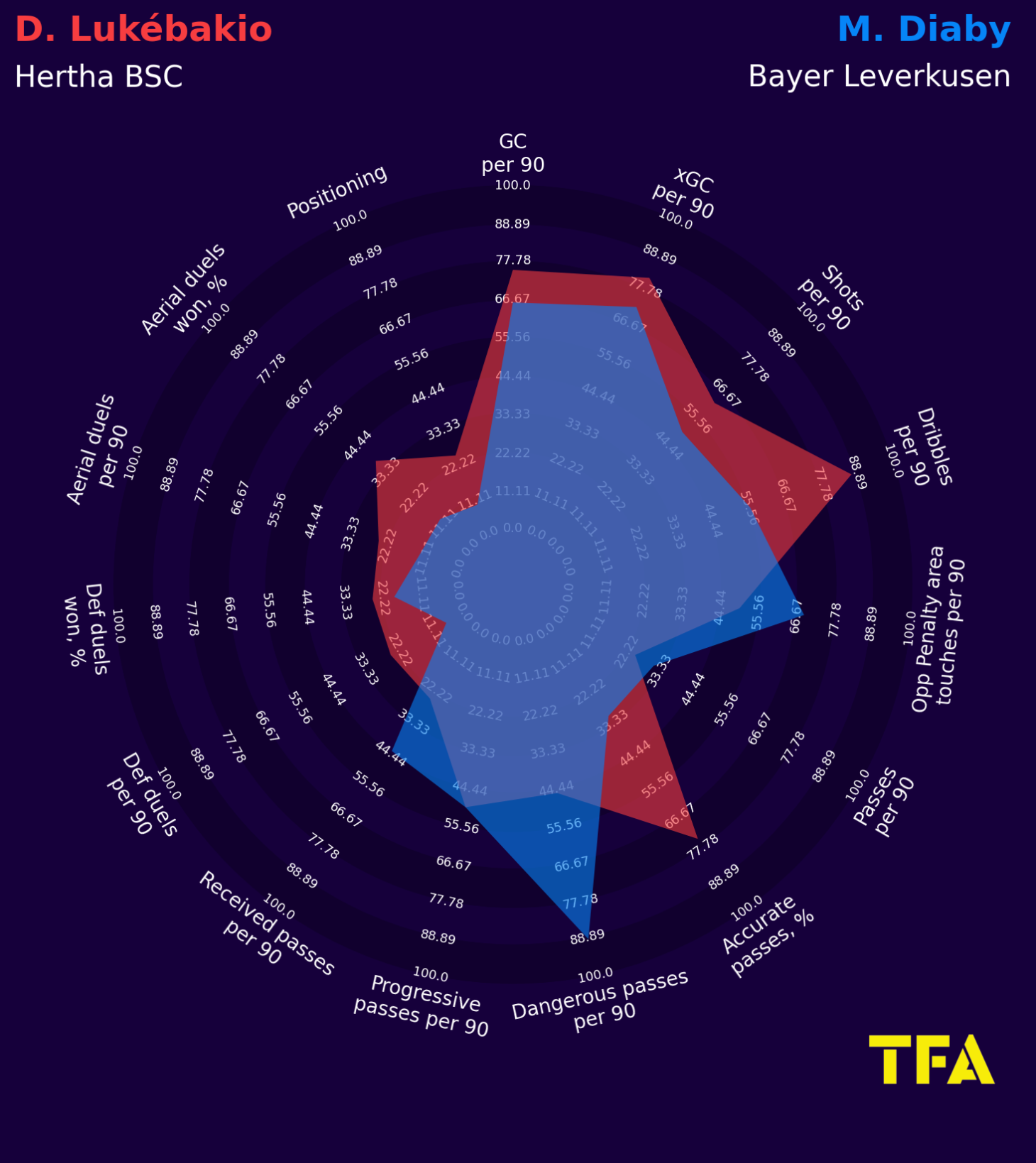 The above visual compares the radars of Dodi Lukebakio with those of Leverkusen winger Moussa Diaby. Both are left-footed, fast, and are having a great season. Moussa Diaby has better stats in dangerous passes, passes received, and entry into the opposition penalty box, while Lukebakio has better stats in dribbles, shots, passing accuracy, and duels. Both of them have played a crucial part in their respective clubs’ fortunes this season and have often been the difference.

Dodi Lukebakio is in great form and is enjoying a brilliant season on an individual level. Even though his team is in 15th place, Lukebakio has managed to keep their hopes alive with his performance. The 25-year-old, who was left out of the Belgian squad for the FIFA World Cup, will be looking to continue his form when the season restarts and help his team climb as high as possible.

Under the microscope: Why Andre Silva will have to step up...