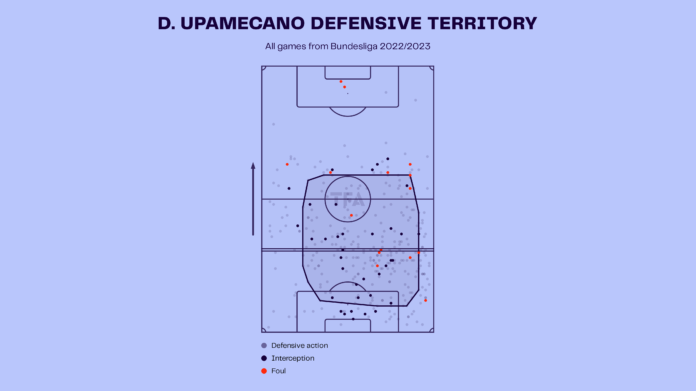 Bayern Munich signed Dayot Upamecano from RB Leipzig in the summer of 2021. Ever since he has become one of their most important players in the backline. He has added balance and stability to their defensive line with his neat defence and good passing range. Upamecano was given a place in the French National Team for his performance in the Bundesliga for Bayern. Therefore, we look at his stats to understand Upamecano’s importance to Bayern Munich.

Dayot Upamecano has made 15 appearances this season in the Bundesliga, including 15 starts. He has also played six matches in the Champions League. 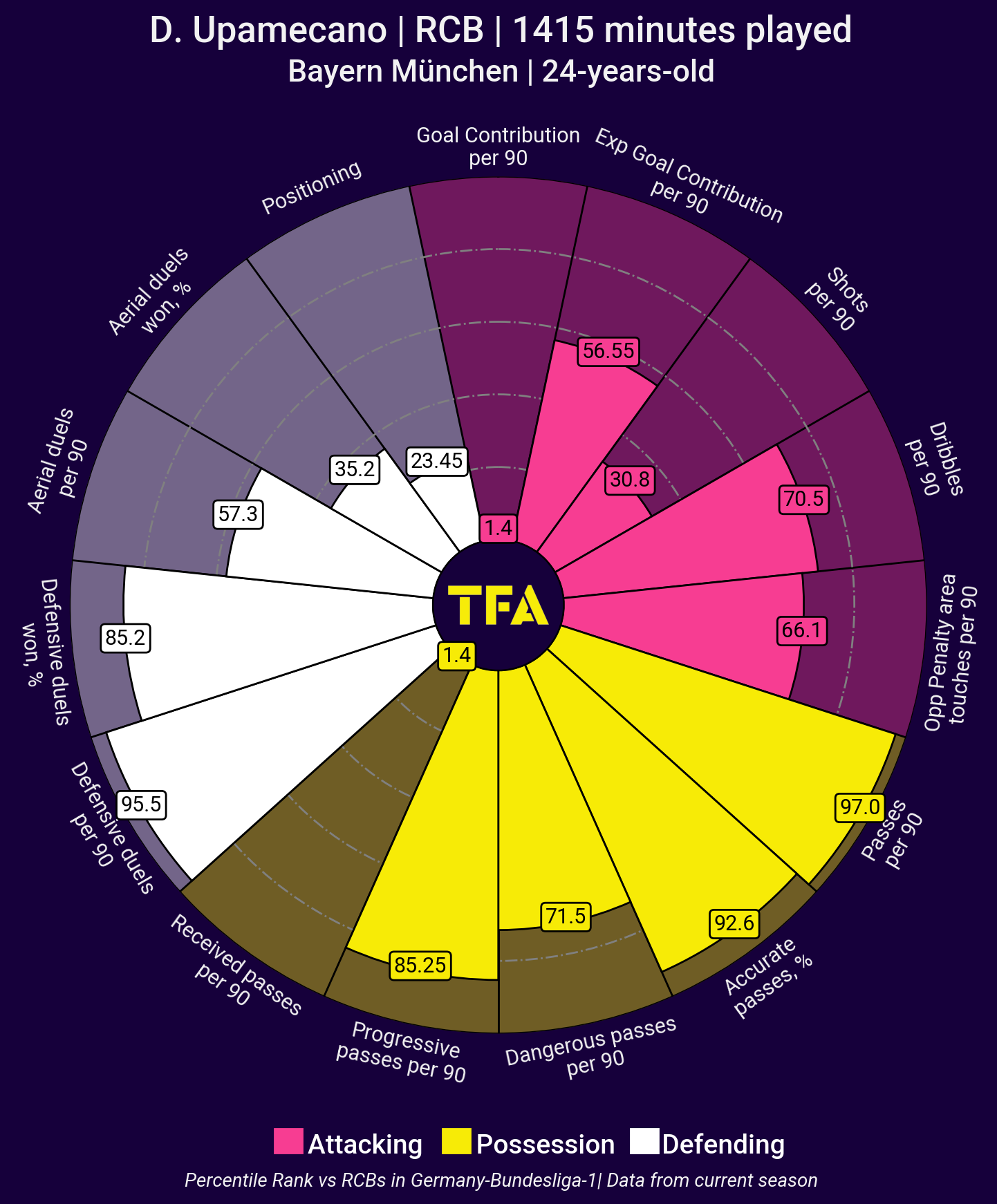 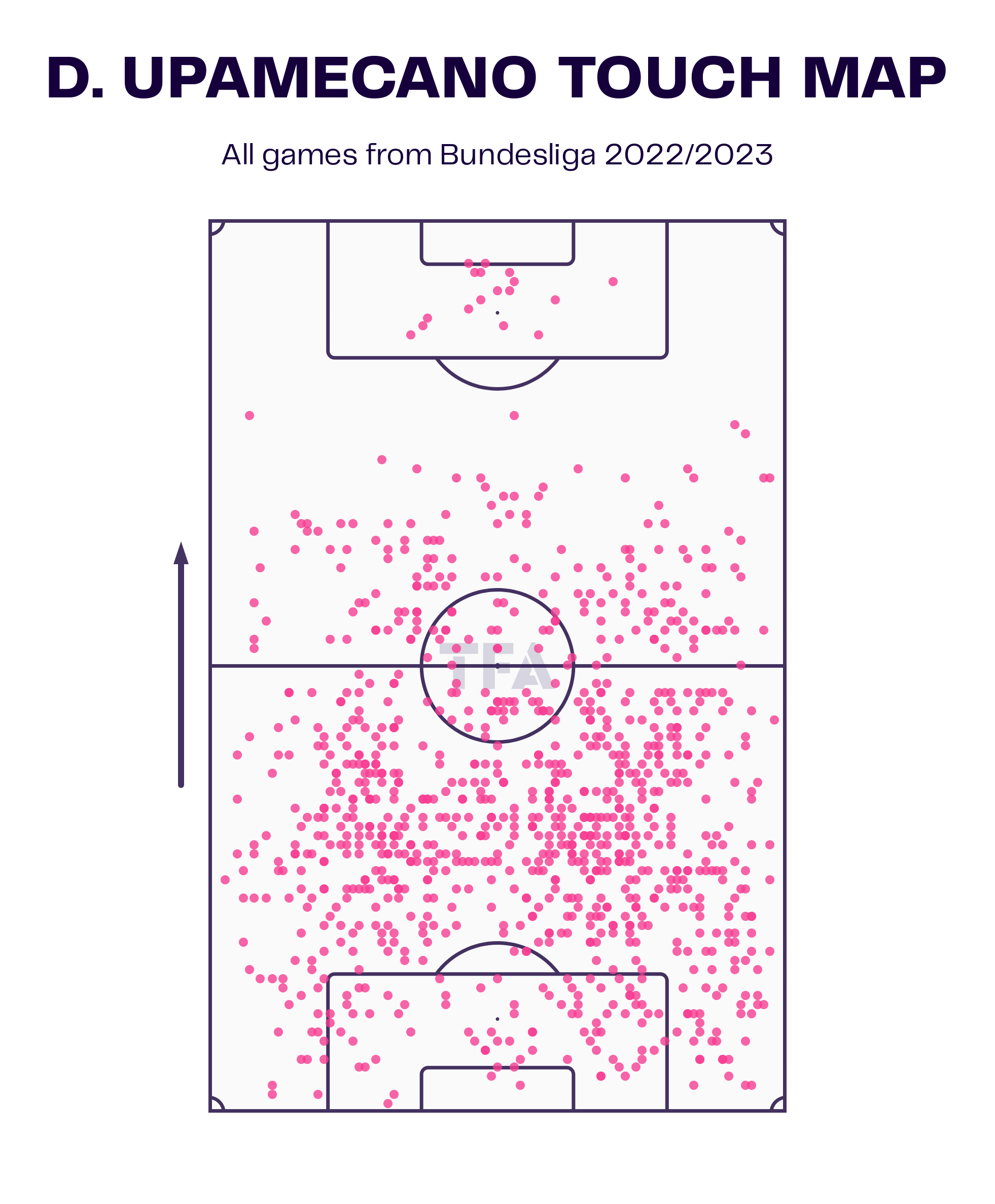 Dayot Upamecano plays as a right centre-back for Bayern Munich and is solid at the back for them. With his inclusion, Bayern Munich have conceded the fewest number of goals in the league and have been good defensively. He gets forward when they are attacking, as Bayern keeps a high defensive line. 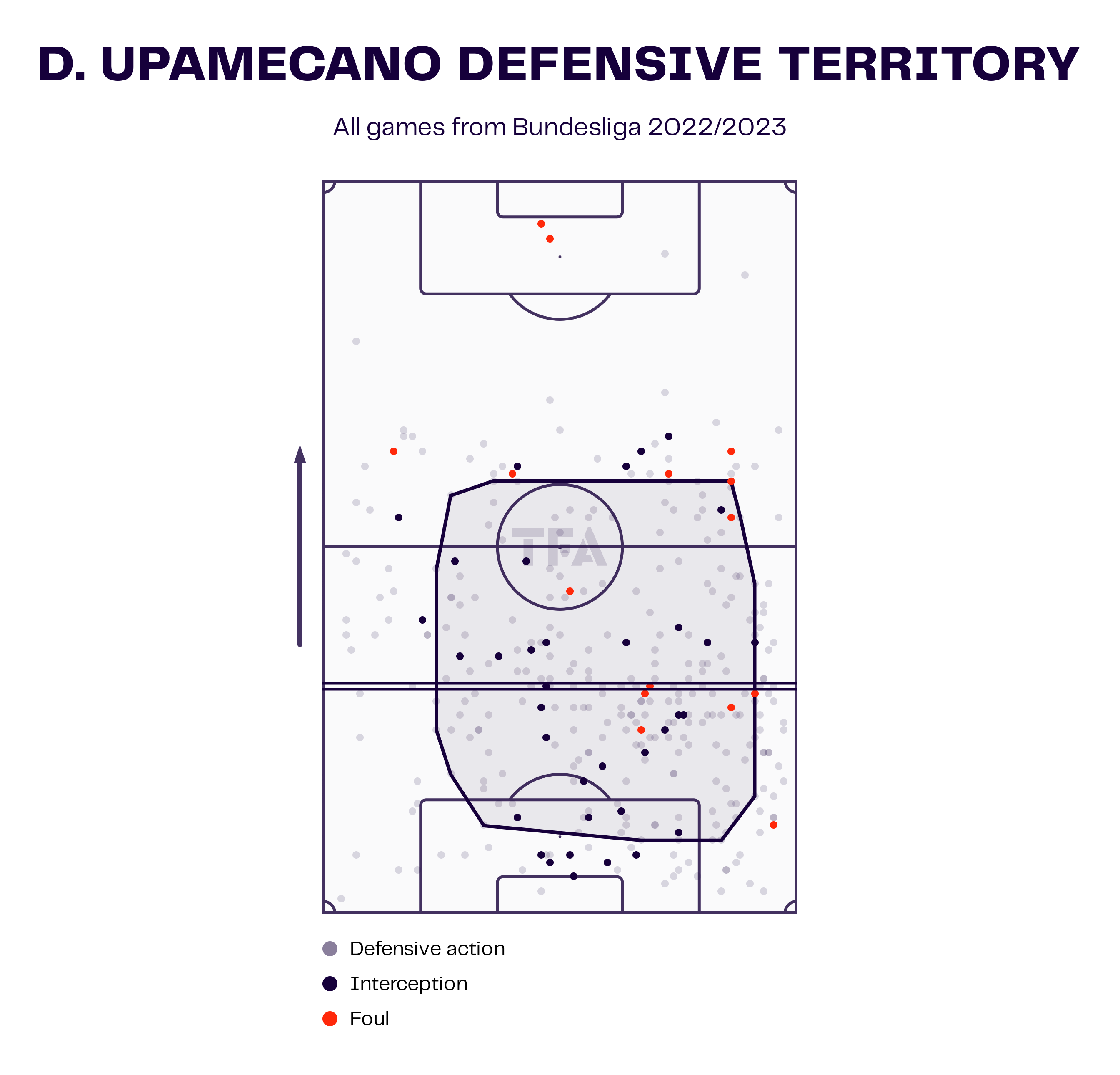 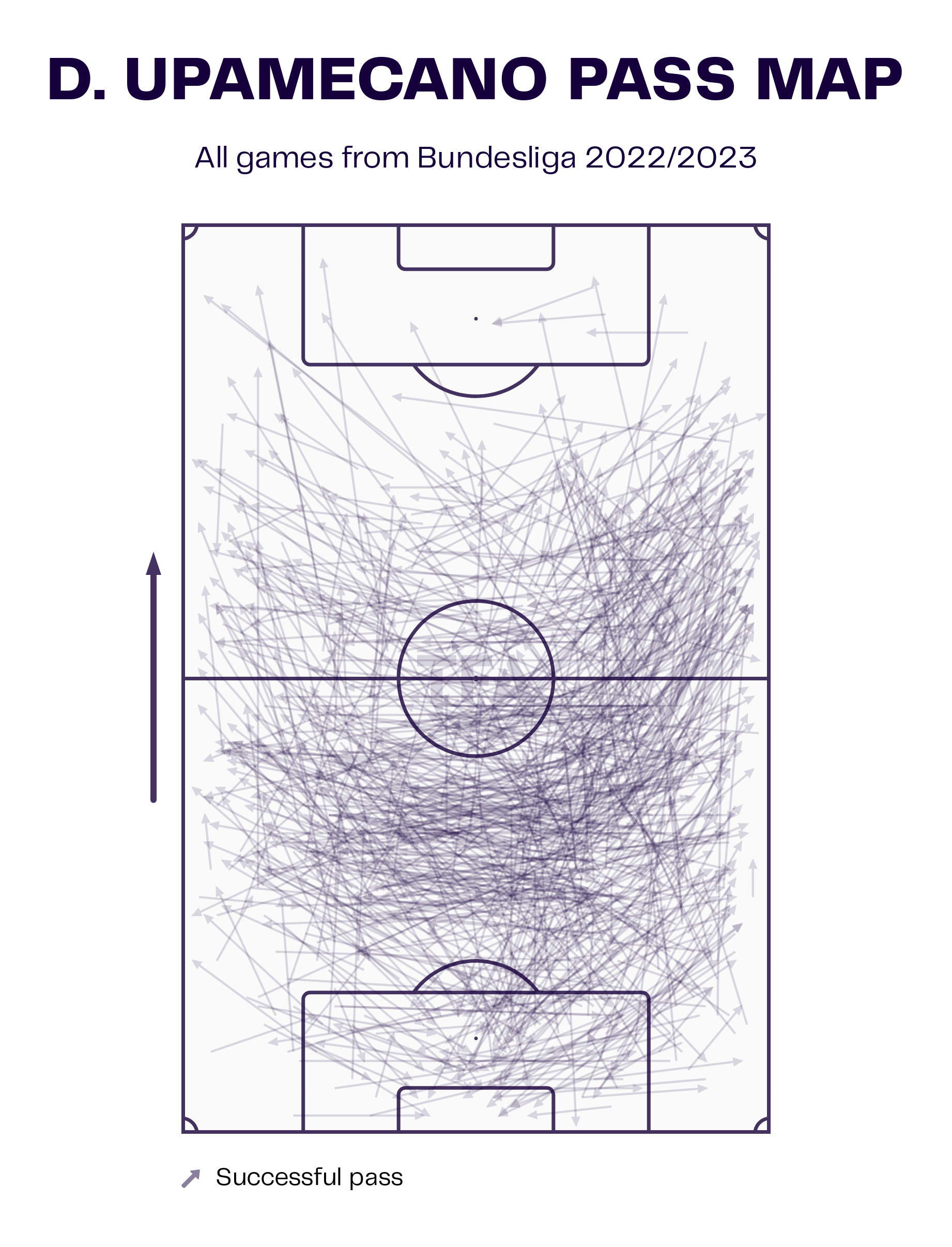 With a passing accuracy of 92.4%, passing is one of his best qualities. He makes around 73 passes per game and has a high percentile rank for passing. The Frenchman plays around 10.56 passes into the final third with a success rate of 80.7%, which is brilliant for a defender. Moreover, he makes around 5.28 long passes per game, switching plays and flanks. 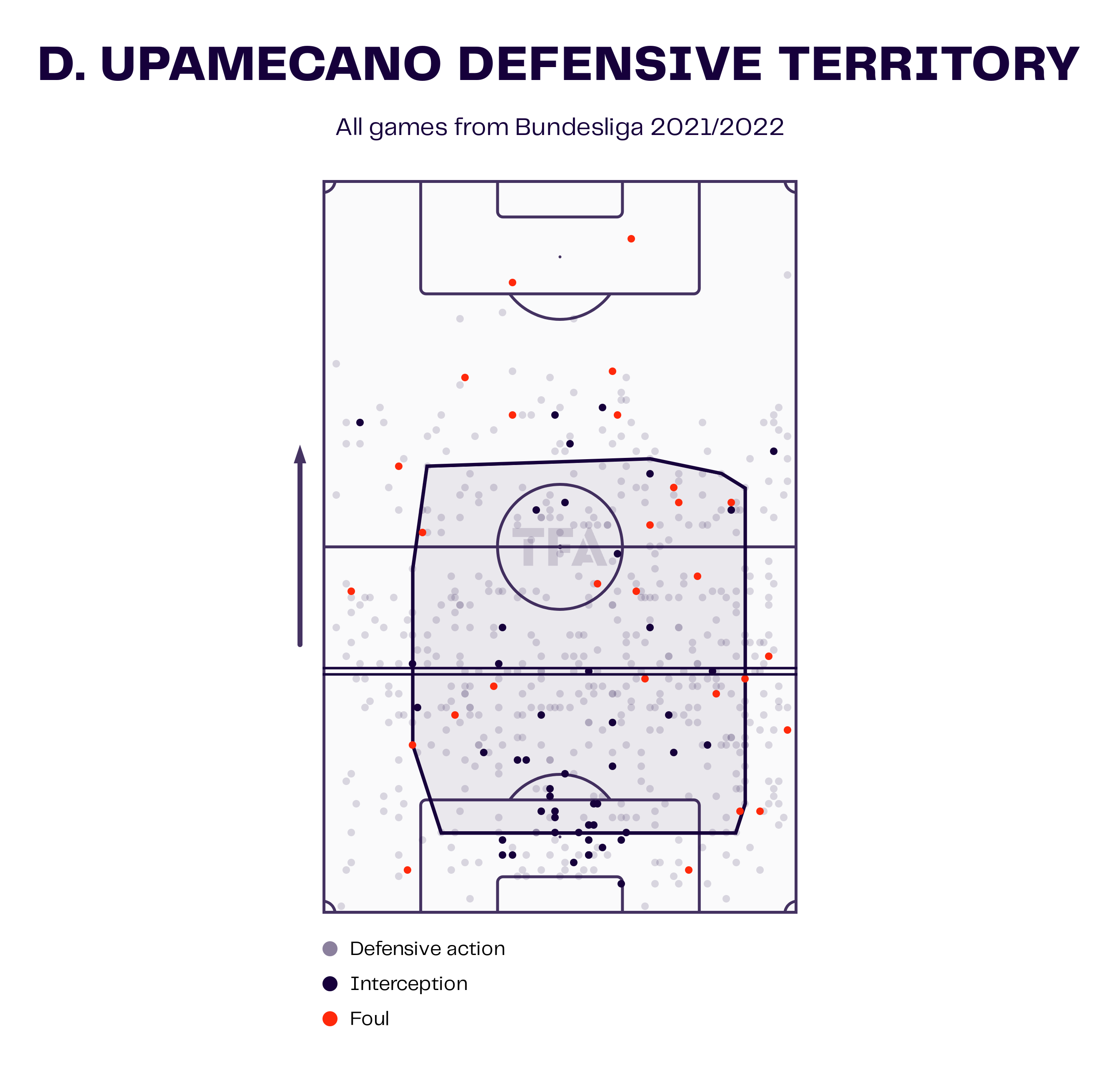 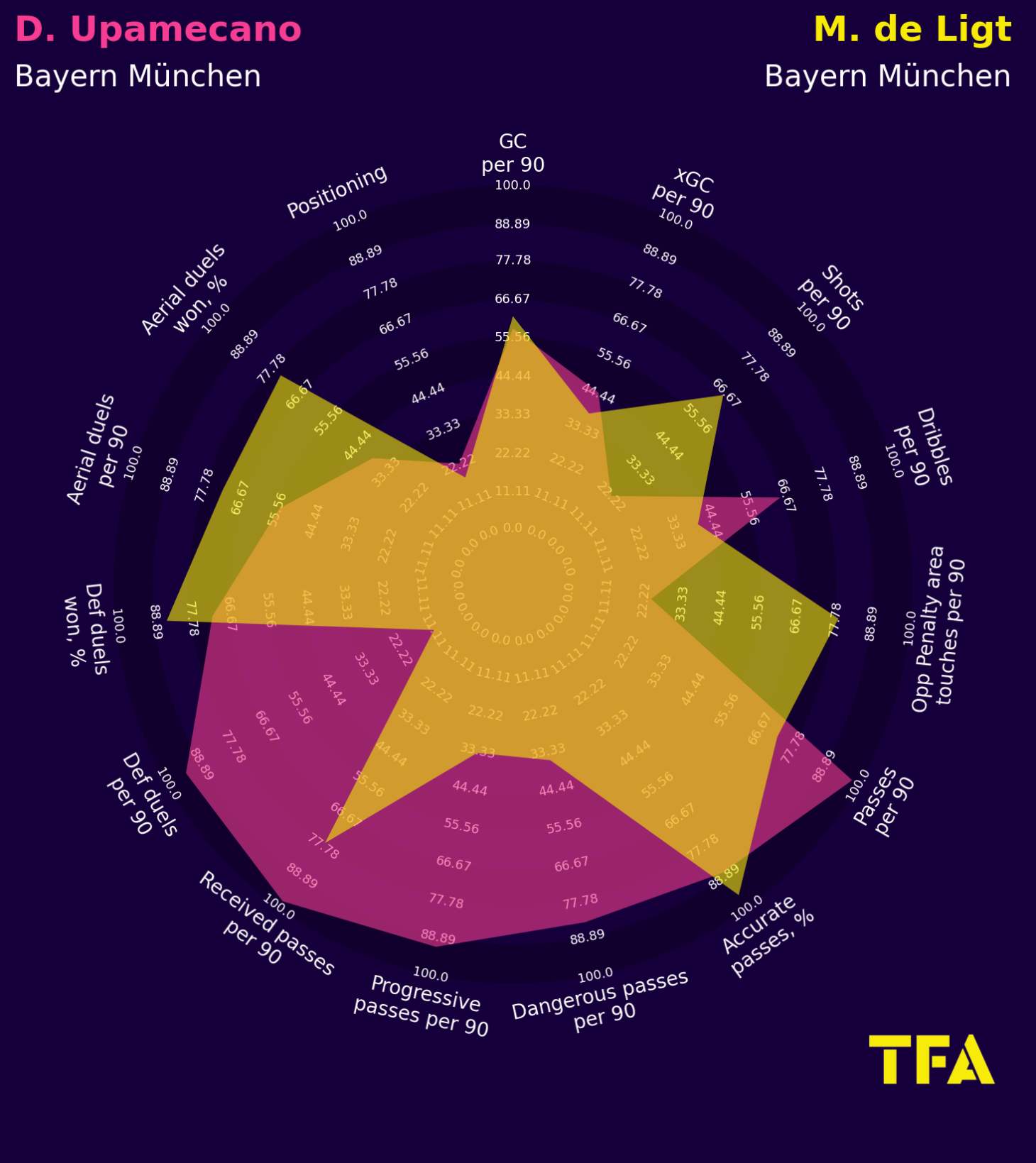 The above visual compares the radars of Dayot Upamecano and Matthijs De Ligt. They both form a strong backline for Bayern Munich, which has helped Bayern concede very few goals this season. Upamecano has better stats in defensive duels, passes, dribbles, and positioning, while De Ligt has better stats in passing accuracy, aerial duels, shots, and goal contributions per game.

Dayot Upamecano is one of the best defenders in the Bundesliga at the moment and has played a crucial role for the Bavarians. Therefore, with his presence, the odds for Bayern Munich in the 1×2 market are likely to go up. In addition, since he has been good at covering them, the over/under lines are also expected to come down.

Of all their recent signings, Dayot Upamecano is proving to be one of the best and has become a hugely important figure for them. His pace, anticipation of passes, calmness, and ability to win duels have made him one of the best defenders in the Bundesliga.