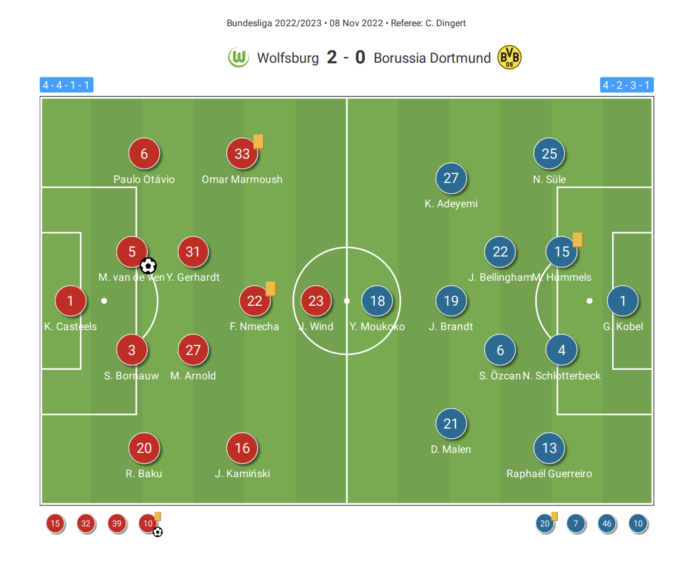 Wolfsburg defeated Borussia Dortmund on Tuesday night to extend their unbeaten streak in the Bundesliga to nine games. The hosts went ahead in the sixth minute when Micky Van de Ven scored from a corner. Borussia Dortmund then had the majority of possession and had some chances, but couldn’t find the back of the net. The visitors kept searching for their goal, but it never came, and a slip from Julian Brandt led to a Wolfsburg counterattack. Lukas Nmecha managed to find the net in the dying minutes and secured a win over the visitors.

How did Borussia Dortmund lose after having the majority of the possession? How did Wolfsburg win with fewer positional attacks? 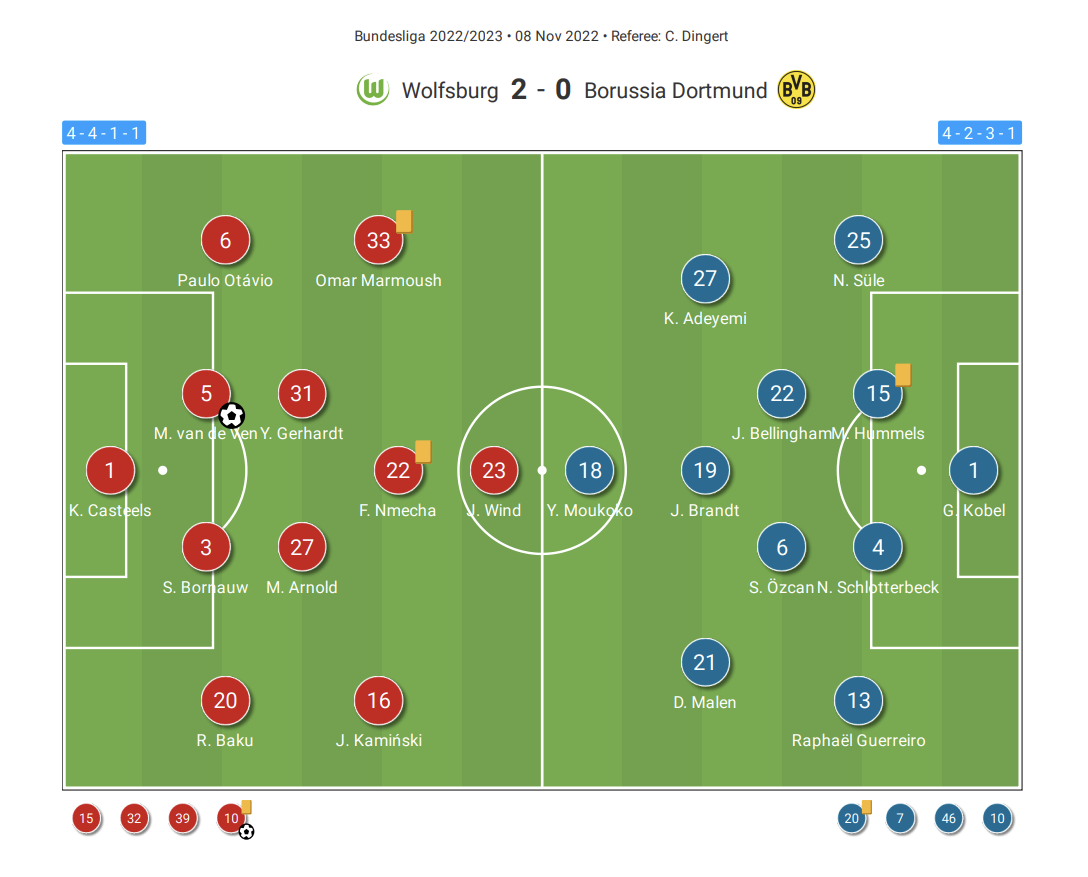