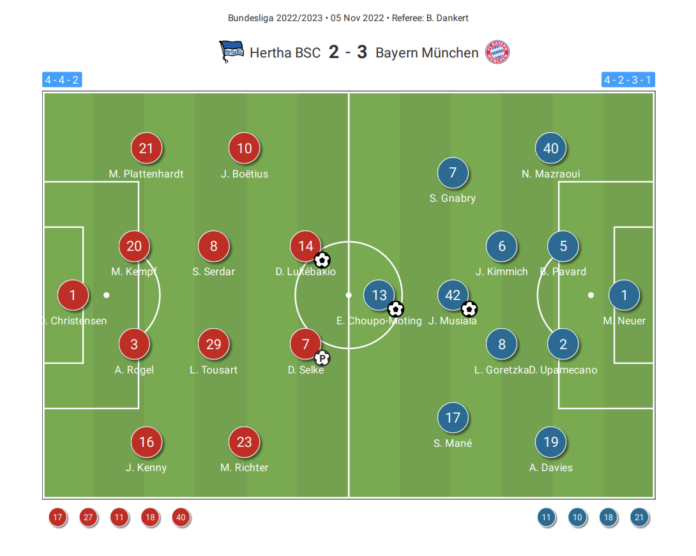 Bayern Munich went to Hertha Berlin’s turf and secured a 3-2 win in the Bundesliga to retain their first position in the table. The defending champions were at their destructive best as they took a 3-0 lead in the first half. Jamal Musiala opened the scoring for the visitors and Eric-Maxim Choupo-Moting scored a brace as the Bavarians looked like finishing the game off in the first half. But the hosts managed to pull two goals back and managed to make a competition out of it.

We’ve broken down all the key stats for you to digest, including;
* shot maps
* xG (expected goals)
* pass networks
* positional attacks
* defensive duels
* average positions and much more!
We also try to answer some questions for you with the visuals;

How did Hertha Berlin lose even after having higher xG? How did Bayern recover possession and used it to score goals?

Fun ideas to entertain yourself while not enjoying football