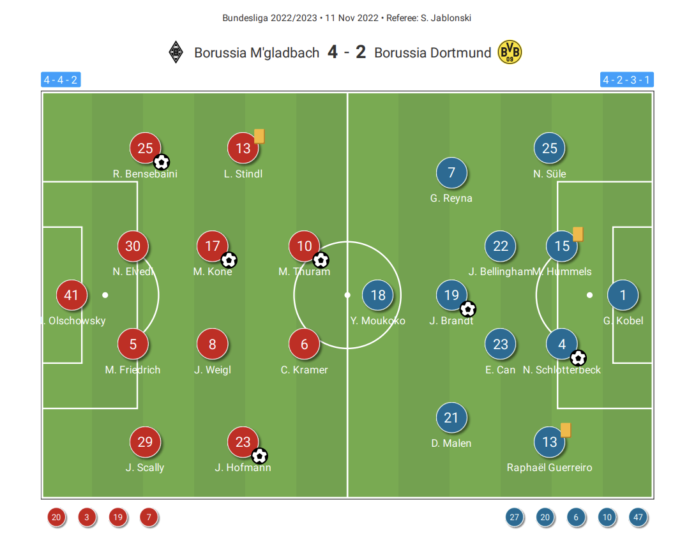 Borussia Monchengladbach handed Borussia Dortmund their sixth defeat of the season as the hosts won the match 4-2 to go to the tenth place in the Bundesliga. The hosts opened the scoring in the fourth minute when Jonas Hoffman rolled one past the Dortmund goalkeeper. Julian Brandt levelled things for Borussia Dortmund in the 19th minute when Jude Bellingham curled in an incredible cross to find the German international. The hosts replied with two quick goals in five minutes to take the lead again. Even though Nico Schlotterbeck pulled one back for the visitors, they couldn’t find any more goals. To add to their misery, Kouadio Kone scored Monchengladbach’s fourth goal and settled matters once and for all. 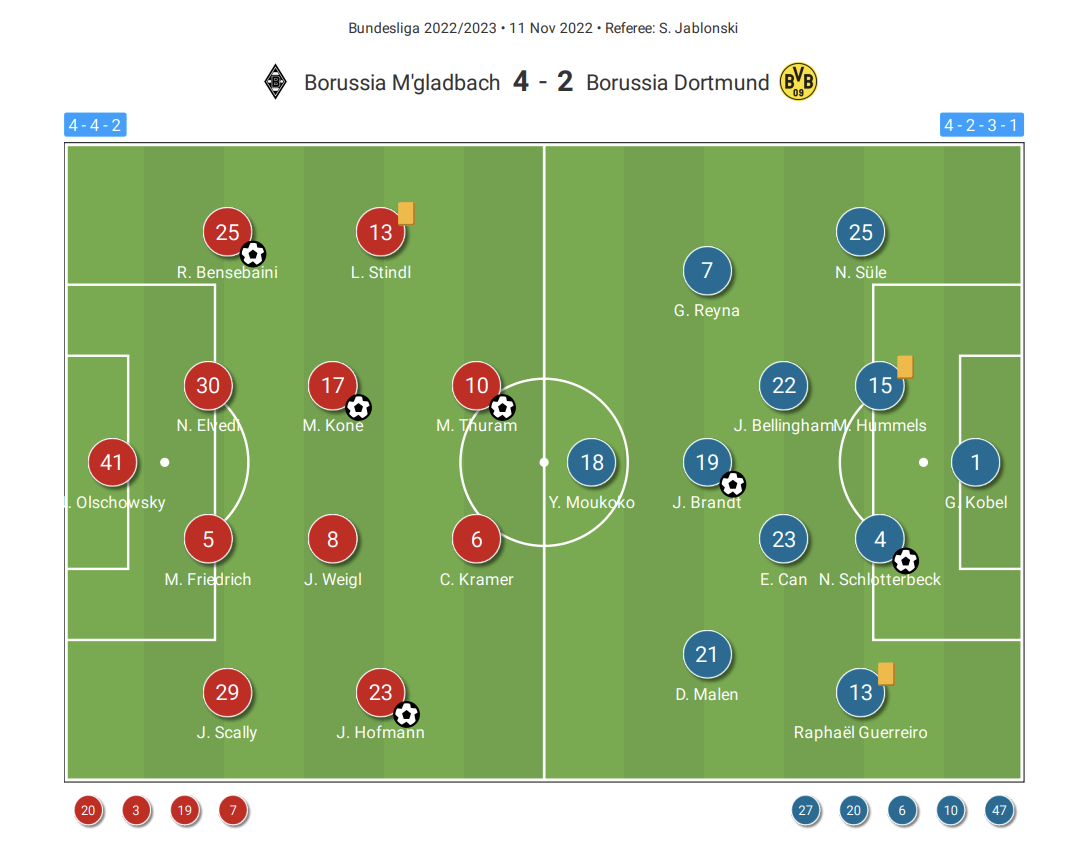 The Stats: Euro 2021 group F win for Germany against Portugal