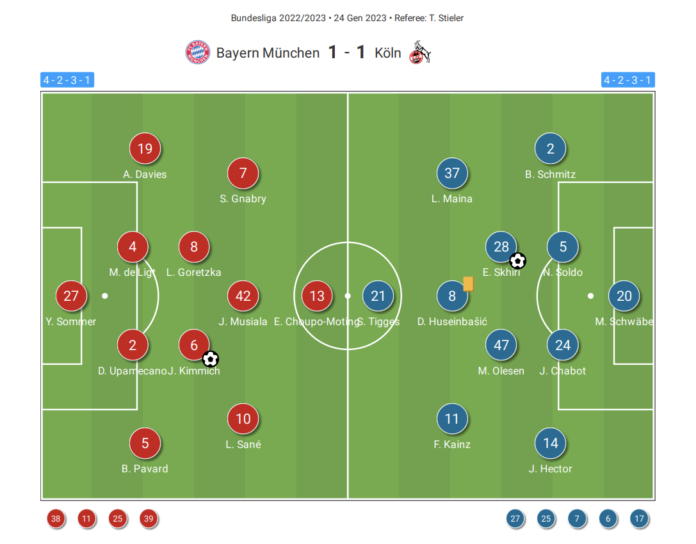 Bayern Munich avoided humiliation in the game’s final minute as Joshua Kimmich’s goal equalised the score against Koln in the Bundesliga. The defending champions were shocked when Koln took the lead in the 4th minute from a corner. Koln continued to cause problems for the hosts as they took some more shots at the Bayern goal. The hosts came back strongly in the second half but were denied multiple times before Kimmich found a way past Koln’s goalkeeper Marvin Schwabe.

Why Bayern couldn’t win even after launching more than 50 positional attacks? How many clearances did each side make? 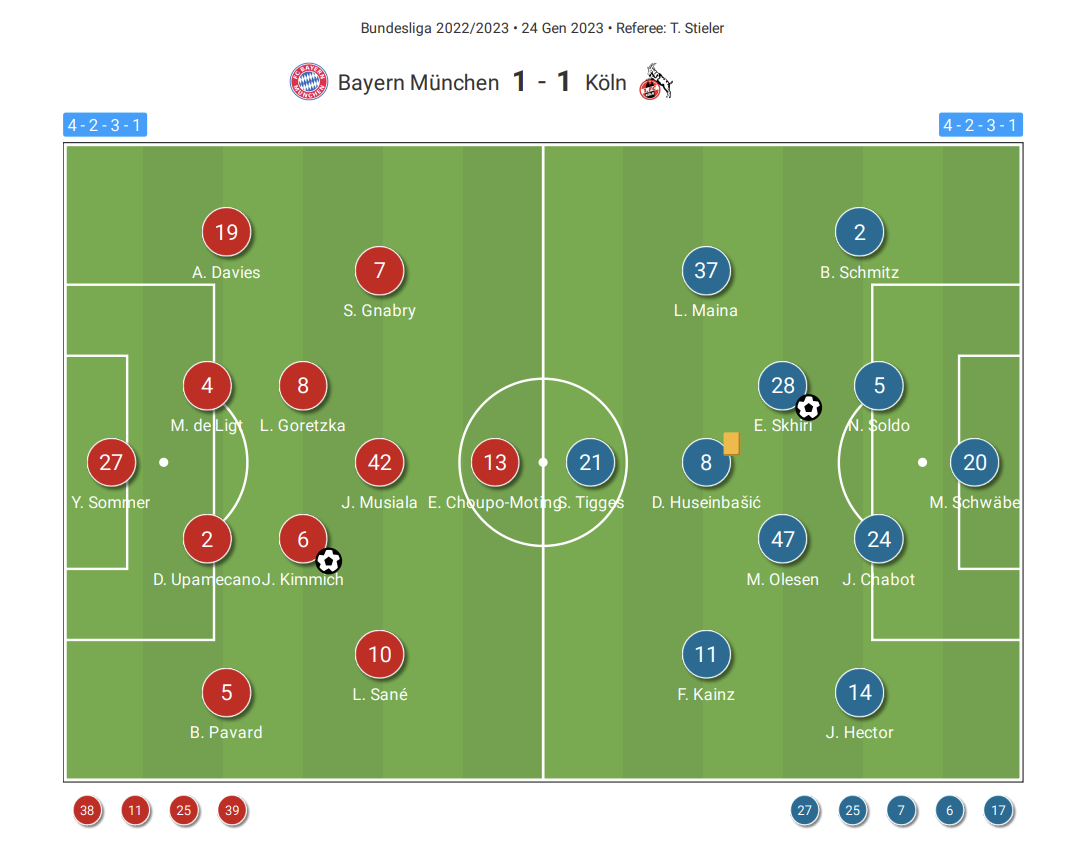