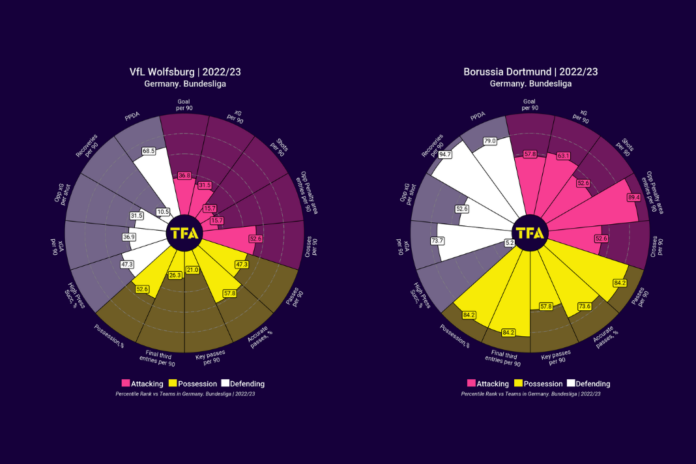 VFL Wolfsburg will take on fourth-placed Borussia Dortmund in the Bundesliga on Tuesday night. Wolfsburg are in the 11th position with 17 points from 13 matches. They have won four, drawn five, and lost four matches this season. Borussia Dortmund, on the other hand, is in fourth place with 25 points from 13 matches, having won eight, drawn one, and lost four of them.

VFL Wolfsburg steps into this match with an unbeaten streak of eight matches across all competitions. They have won their last two matches in the Bundesliga and will be looking to carry that form into this match as they welcome the yellow army onto their turf.

Borussia Dortmund is also enjoying an unbeaten streak of six matches across all competitions and will be looking to finish this game with three points. They will be travelling to Wolfsburg to play their last game before the FIFA World Cup begins and will try to end on a good note.

We take a look at some stats that could predict the outcome of the match. 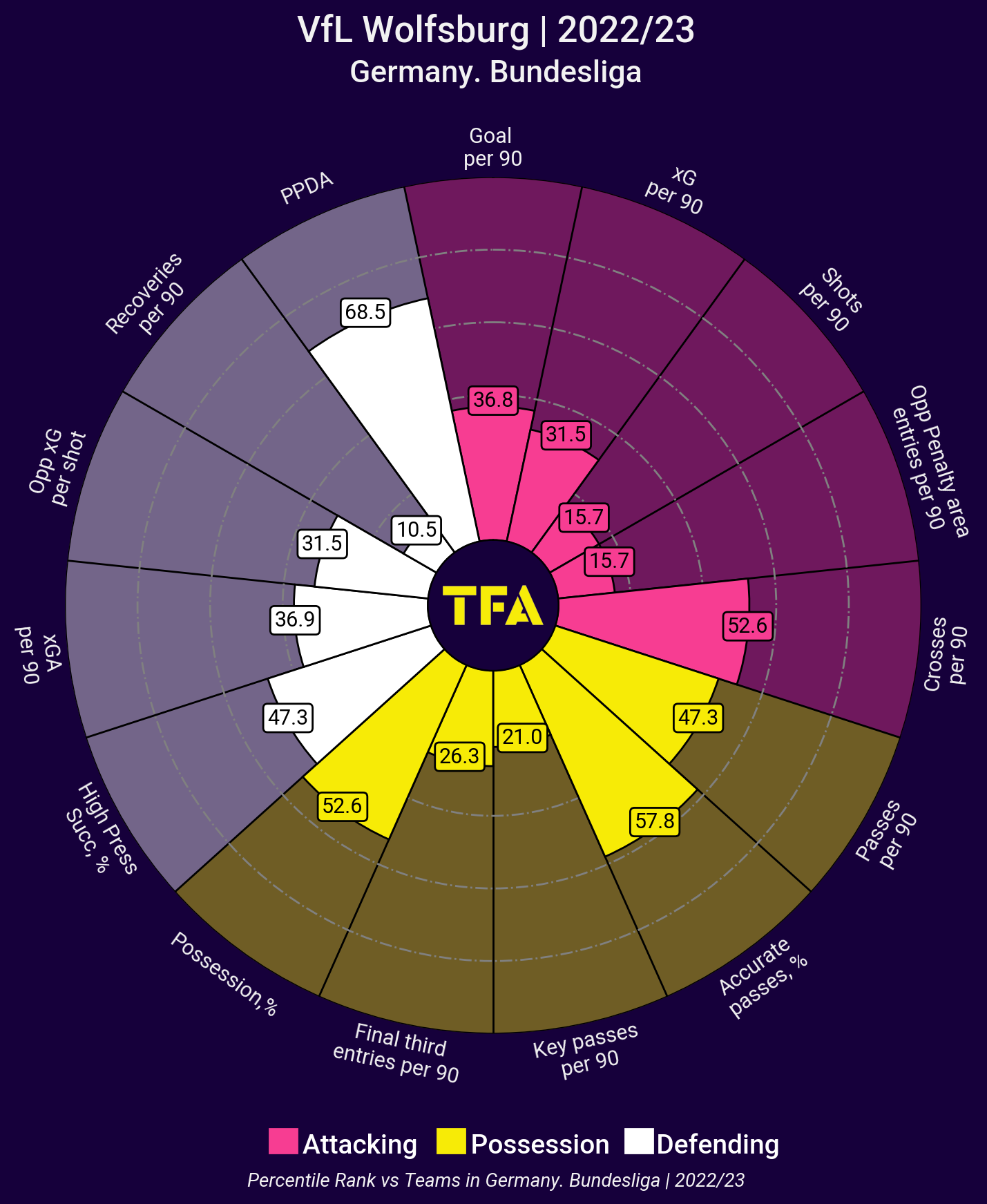 Wolfsburg have scored an average of 2.33 goals in the last six matches. Even though they got off to a worrying start, a change in the coaching staff has shown improvement as they haven’t lost their last seven matches in the Bundesliga. With that streak, they have climbed up to the eleventh position in the table. The only thing that stood in their way of going further up was their defence.

They have scored 20 goals this season but have conceded 19 as well. They have allowed their opposition to get back into the game easily and concede an average of 1.46 goals per game. This figure came down from 1.72 goals per game as they managed to keep a clean sheet in the last two matches. Manager Nico Kovac will be hoping that his players will continue this performance in the final match before the World Cup. 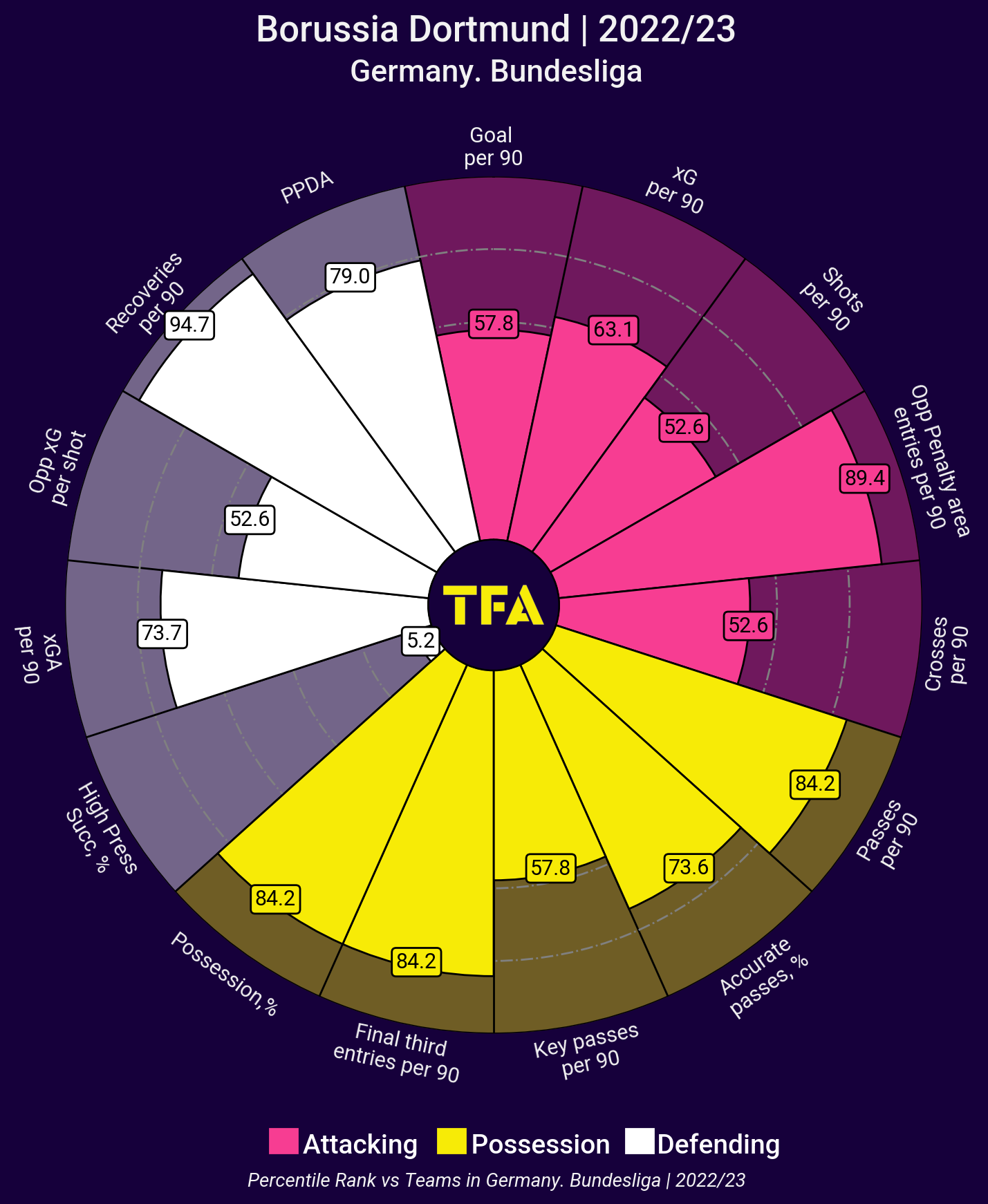 Borussia Dortmund signed Niklas Sule and Nico Schlotterbeck this season to man their defence with Mats Hummels, and it seems to be working well for them. Add goalkeeper Gregor Kobel to the mix, and they have one of the best backlines in world football at the moment. They have only conceded two goals in the last six games across all competitions and are looking like the team to beat. They have conceded 15 goals this season, with an average of 1.15 goals per game. The men in yellow and black also make around 92 recoveries per game, stopping attacks and turning them into counterattacks.

The visitors look good on the attacking front as well. They have scored ten goals in the last three matches in the Bundesliga and will be looking to continue their good form. Borussia Dortmund has a bundle of teenage sensations, and they all seem to be in great shape. They would be keen to extend their winning streak before the players leave on international duty. 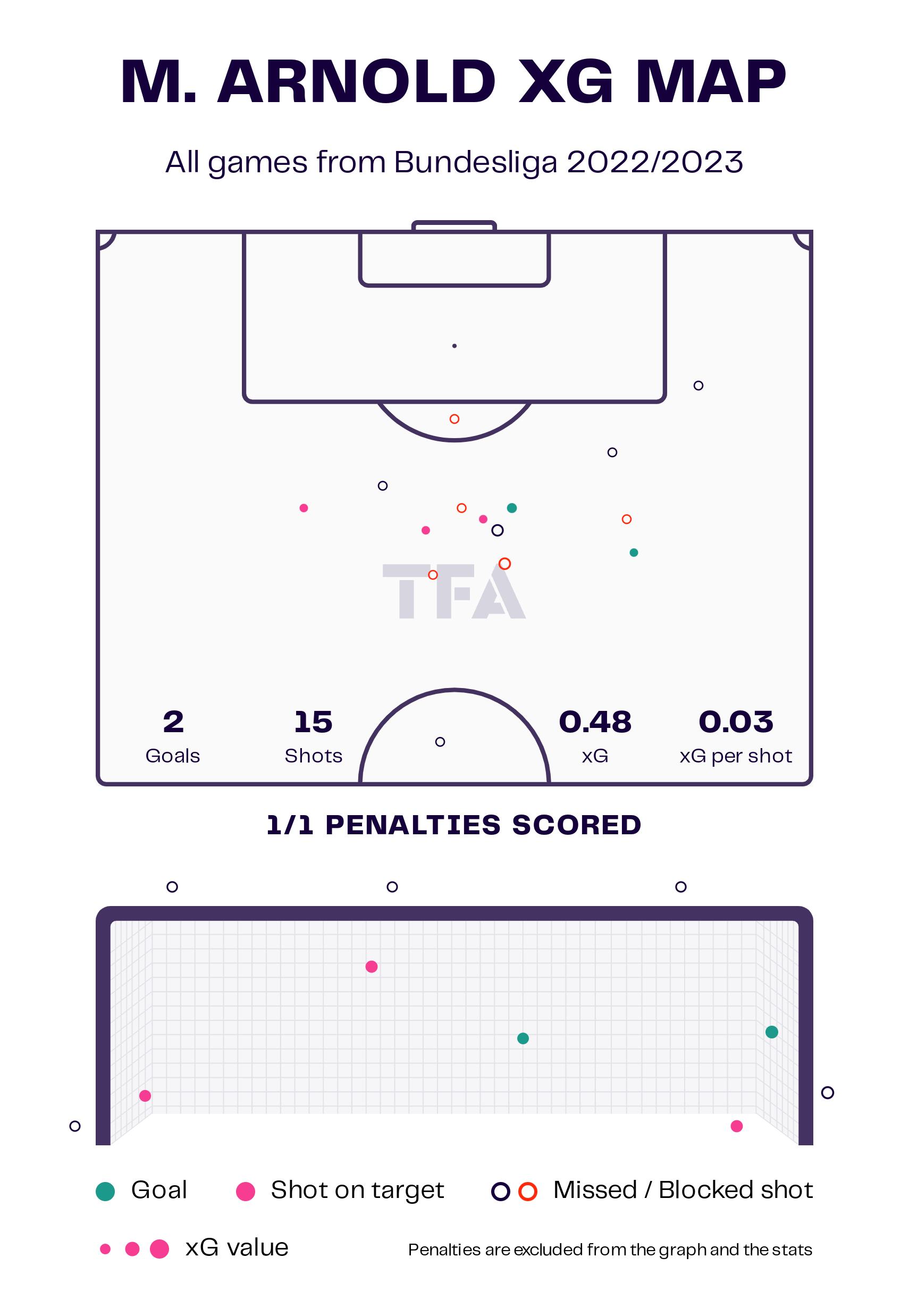 Maximillian Arnold is Wolfsburg’s top scorer with three goals to his name. The German International also has two assists to his name this season. He averages 0.23 goals per game and 0.15 assists per game. The 28-year-old scores a goal every 377 minutes and has a shot accuracy of 50% as well.

Wolfsburg will be hoping that Maximillian Arnold will step up to the challenge and register a goal or assist to his name in this big match. 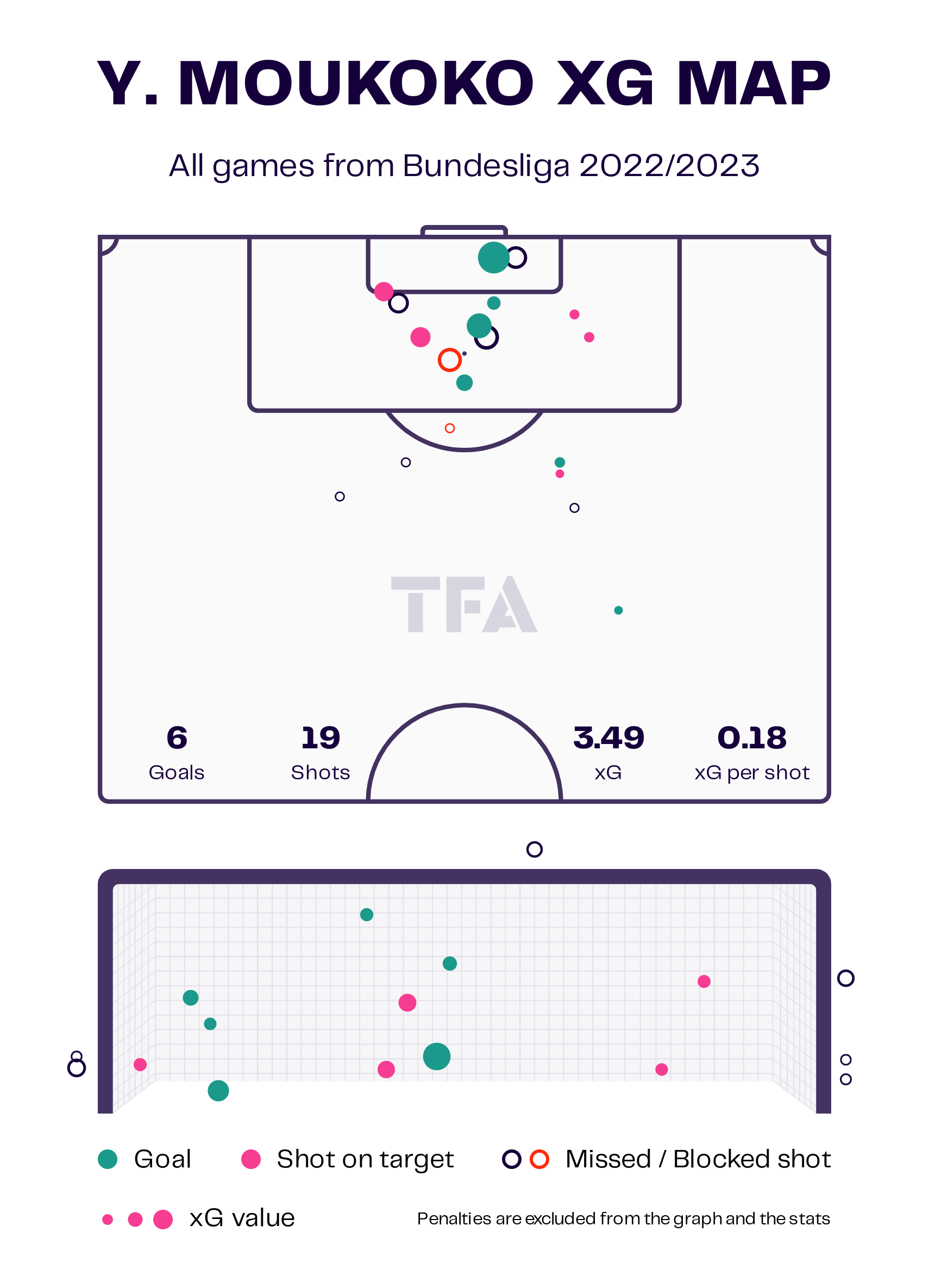 Youssoufa Moukoko has scored six goals for Borussia Dortmund in the Bundesliga and is in red-hot form. He scored a brace against VfL Bochum on Saturday to take his team past the line. The 17-year-old is the latest name added to the list of brilliant talents unearthed by Borussia Dortmund. He averages 0.86 goals per game and makes 2.74 shots per game with 57.9% accuracy. The youngster has 4.18 dribbles per game and is involved in the action in the opposition’s penalty box 3.02 times on average. The visitors will be counting on him to produce another stellar display.

The hosts will go into the match without Kevin Parades, Bartol Franjic, and Max Kruse, as all three are out due to injury.

Borussia Dortmund, on the other hand, will miss the services of Thomas Meunier, Mahmoud Dahoud, and Mateu Morey. Club captain Marco Reus came off the bench in the game against Bochum but is unlikely to start the game.

Borussia Dortmund will go into this match with hopes of winning three points before the international break. Their defensive discipline and attacking threats make them the favorites, but since football can be a funny game sometimes, the hosts will be hoping to pull off a miracle by beating Dortmund and extending their unbeaten run.

Fahrmann ready to climb to the top at Schalke