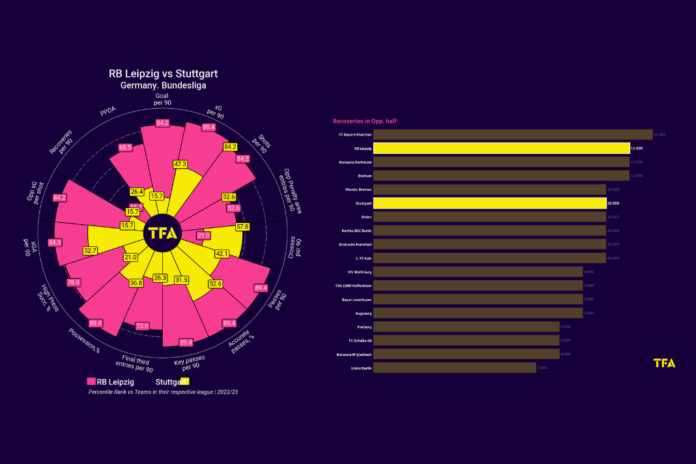 RB Leipzig will face VfB Stuttgart in gameweek 18 on Friday in the Bundesliga. Leipzig, who are third on the table, will have a chance to go ahead of Union Berlin if they secure a win at home. Stuttgart, who are in the 15th position, come out with a completely different aim as they look to get themselves out of the danger zone.

RB Leipzig comes off the back of a brilliant 6-1 win over Schalke. They have gotten back into the groove and are looking as dangerous as ever. A win here would help them reclaim the second spot in the table.

VfB Stuttgart, meanwhile, are winless in their last three Bundesliga games. They have only 16 points from 17 matches and are desperate to turn things around. The clash against Leipzig won’t be an easy match. 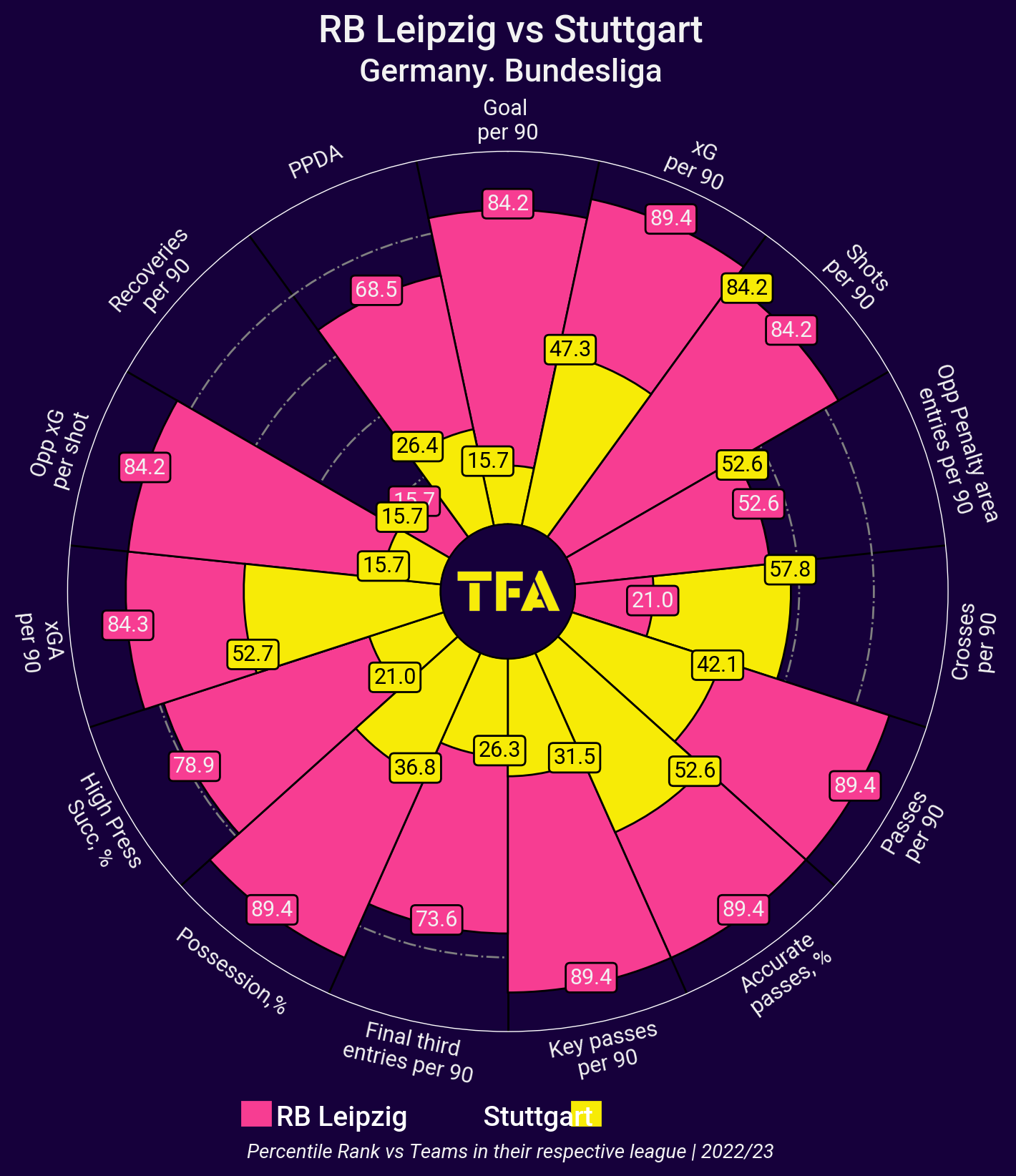 The visual above shows both RB Leipzig’s and Stuttgart’s percentile rank compared to other teams in the Bundesliga. Leipzig has better stats in almost all the parameters. They have great stats for goals, shots, passing accuracy, possession, and high-press success. At the same time, Stuttgart have played more crosses than Leipzig. Leipzig will be aware of this and will be trying to stop these crosses, while Stuttgart will have to deal with all the threats that Leipzig poses. 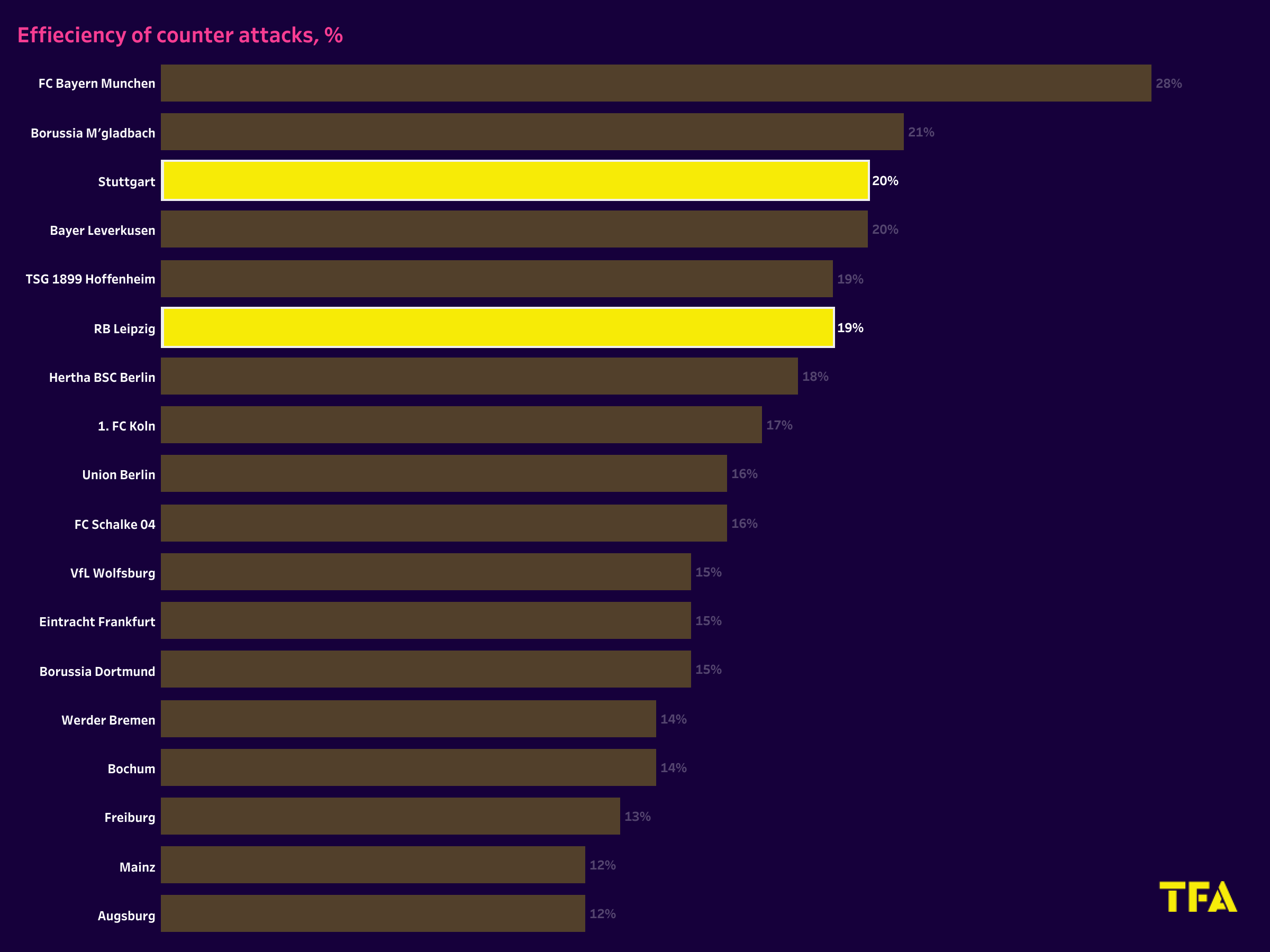 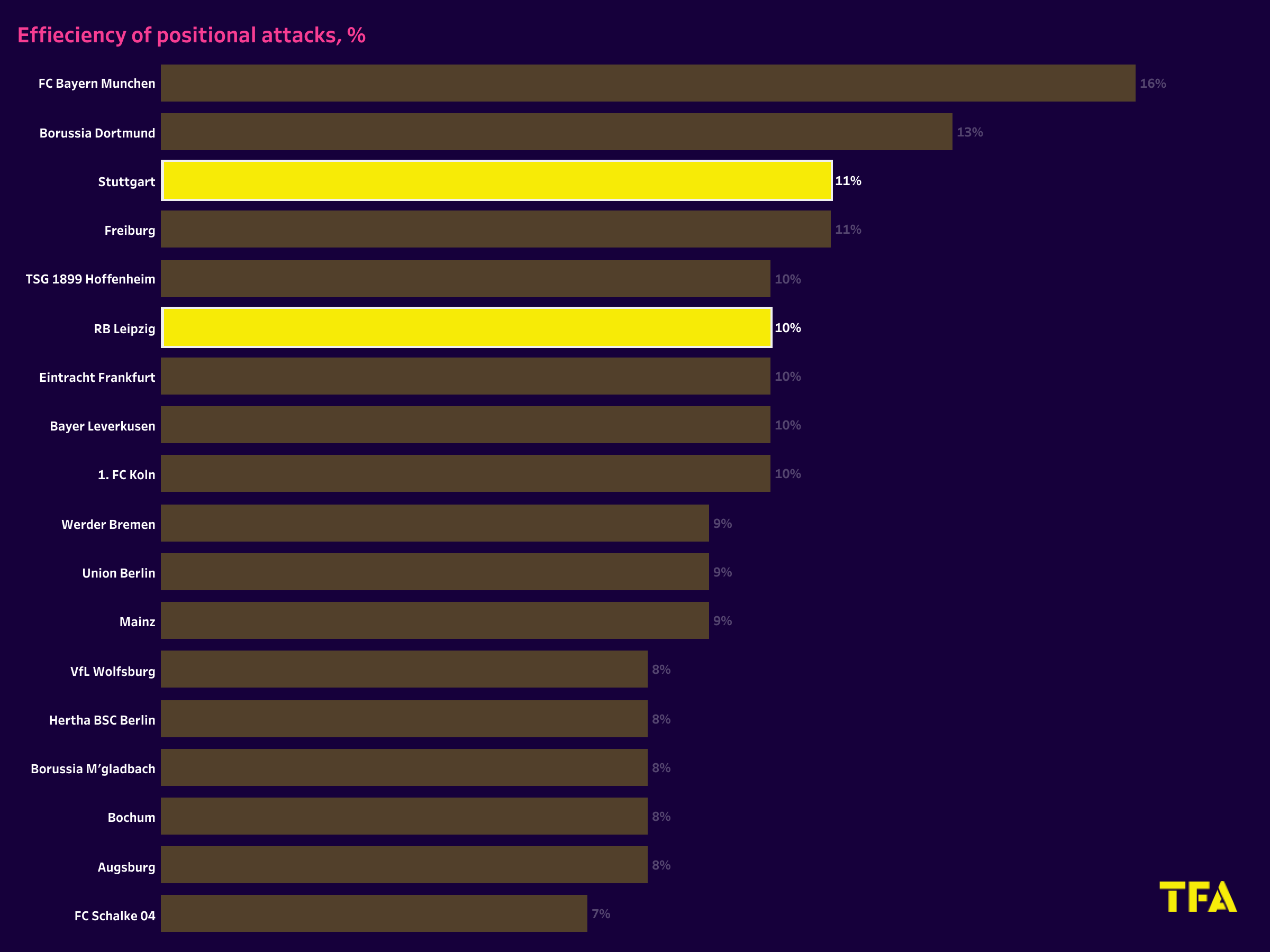 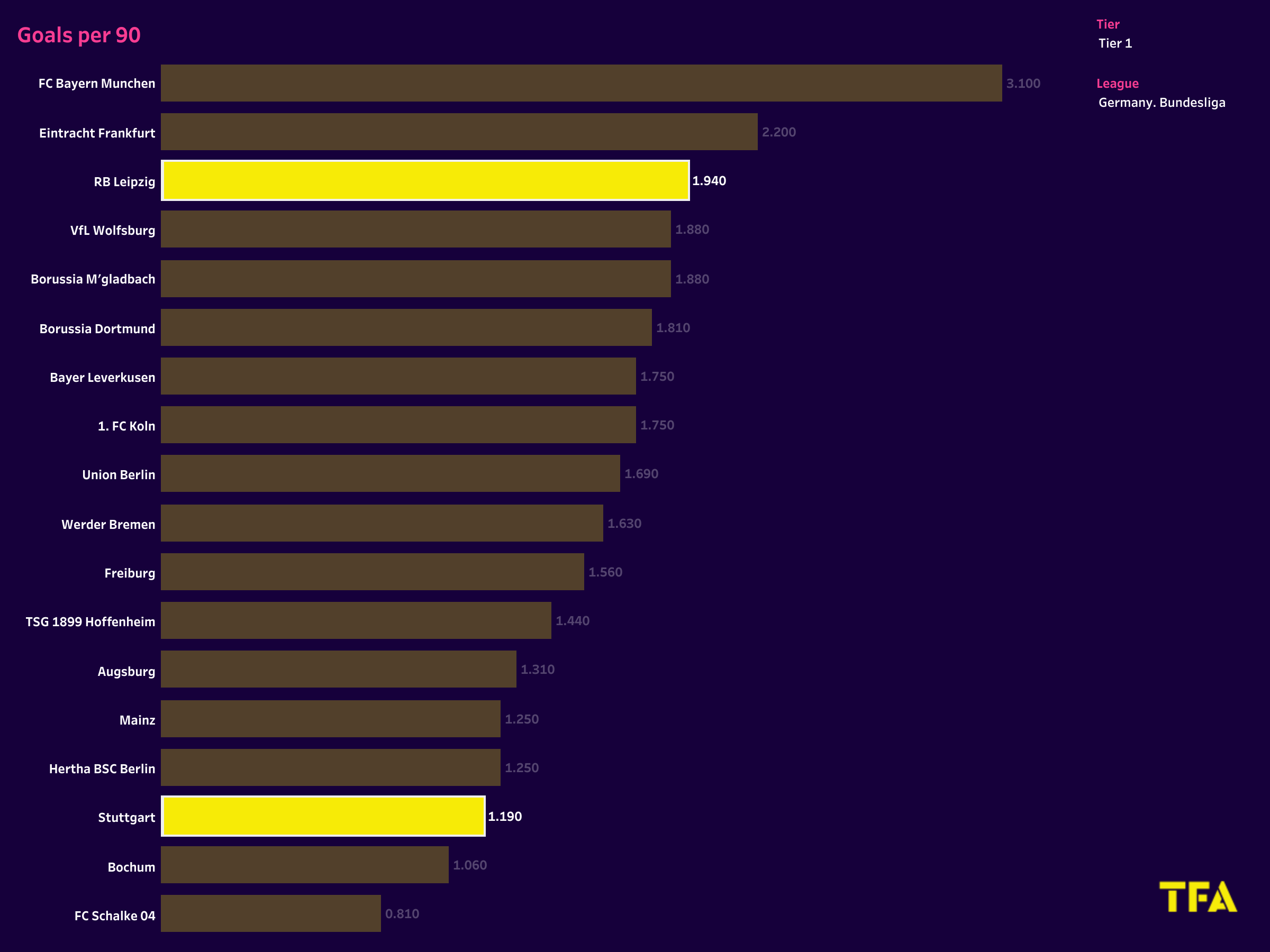 While Stuttgart have better stats in both positional and counterattacks, Leipzig leads the way for goal threat. The hosts, who scored six goals in their last outing against Schalke, have scored 37 goals from 17 matches at an average of 2.17 goals per game. Stuttgart on the other hand, have scored 21 goals from 17 matches with an average of 1.19 goals per game. Stopping Leipzig from scoring would not be an easy task for Stuttgart, but they will have to do it to secure three points. 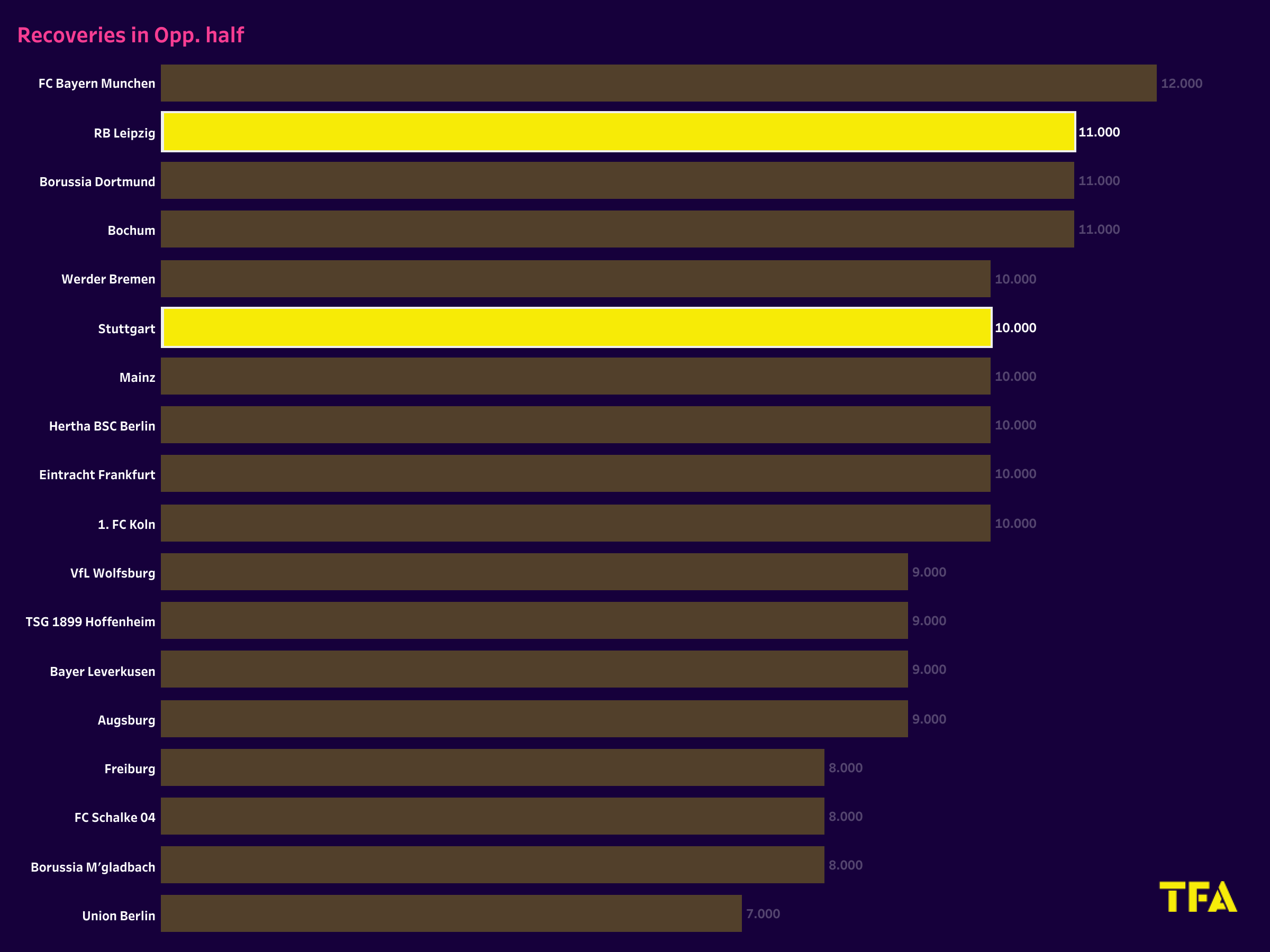 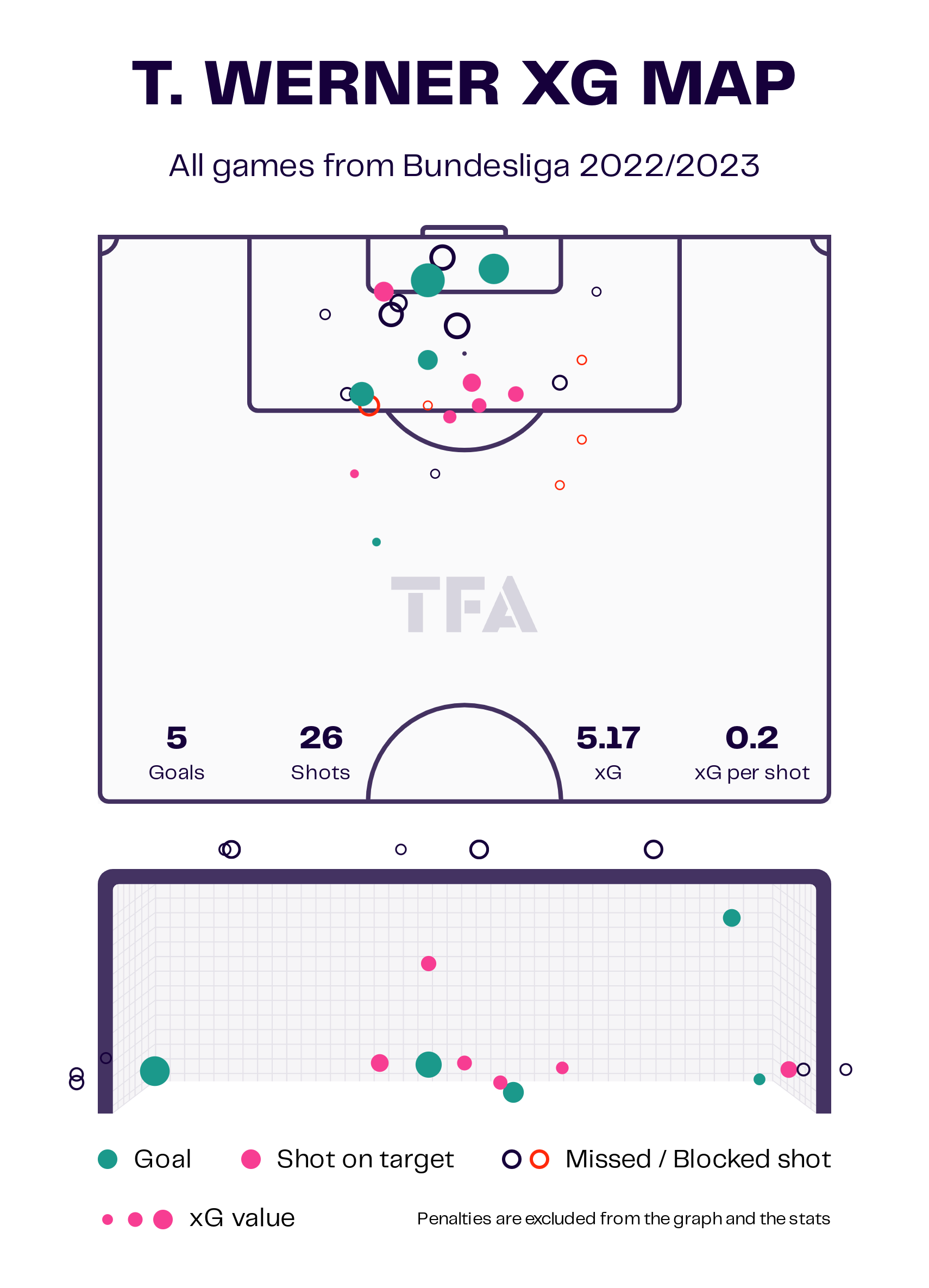 The above visual shows Timo Werner’s xG map from the current season of the Bundesliga. Werner, who returned to Leipzig after an unsuccessful stint at Chelsea, resumed his normal services, as he already has ten goals and four assists in all competitions. He will have a key role to play in this battle. 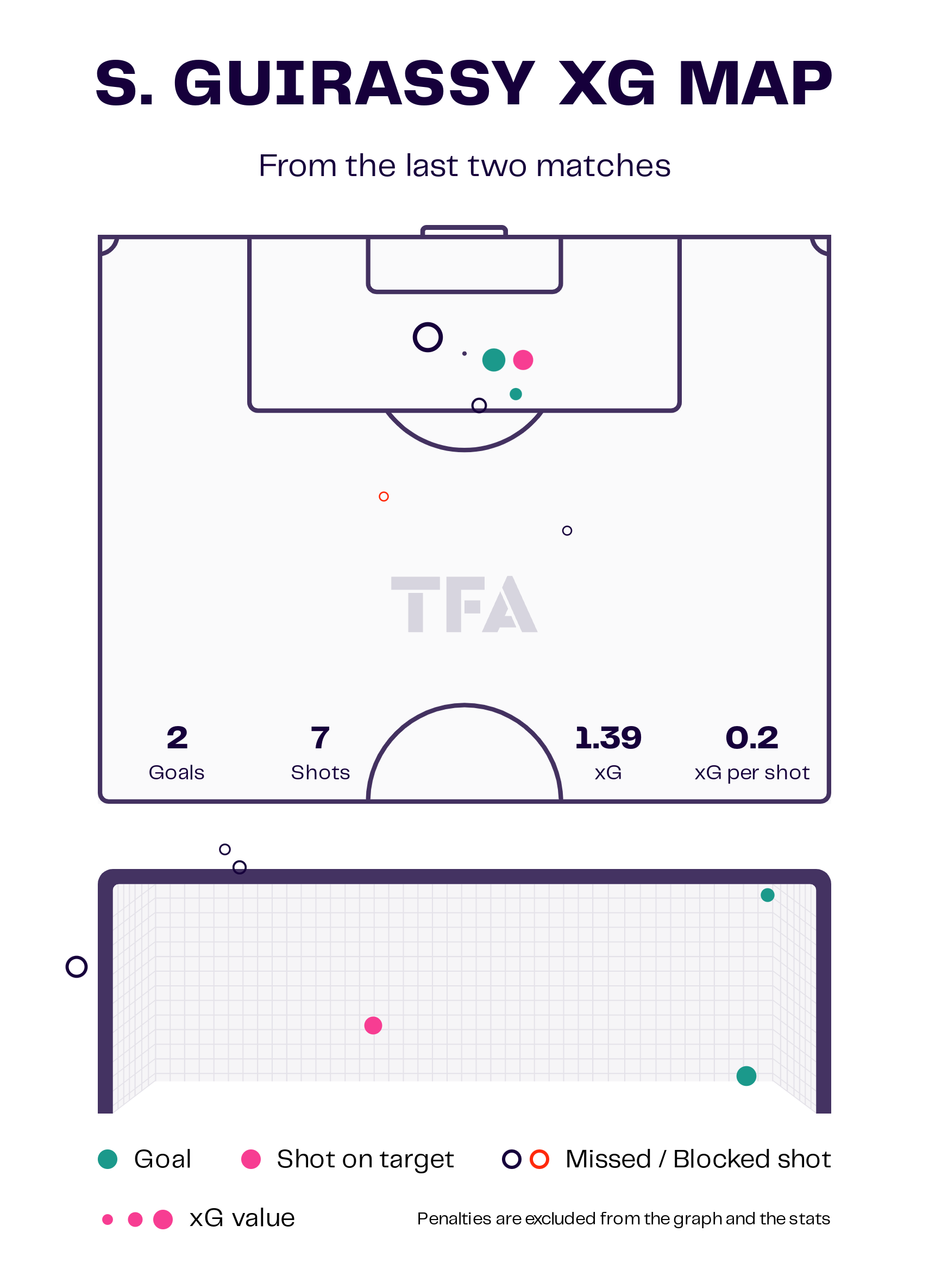 Even though Stuttgart have been winless in their last three matches, their striker Serhou Guirassy has scored in their last two matches in the league. He has taken seven shots and scored two goals. He will have to be in his best form if they have to beat Leipzig.

The hosts will miss the services of Kevin Kampl, who is out with a suspension. Abdou Diallo, Christopher Nkunku, and Mohamed Simakan will not be available for the match due to injuries.

Stuttgart, meanwhile, will be without midfielder Ahamada. Dan-Axel Zagadou, Borna Sosa, and Laurin Ulrich will also be unavailable for the match.

Leipzig will host Stuttgart on Friday as both teams go against each other in the Bundesliga. The hosts, who are in great form, go into the match as clear favourites, but as football has demonstrated many times in the past, anything can happen on a football pitch.

Werner and Sancho is in a good company with the all...

The Statistics: Italy’s league title secured by win against over Belgium