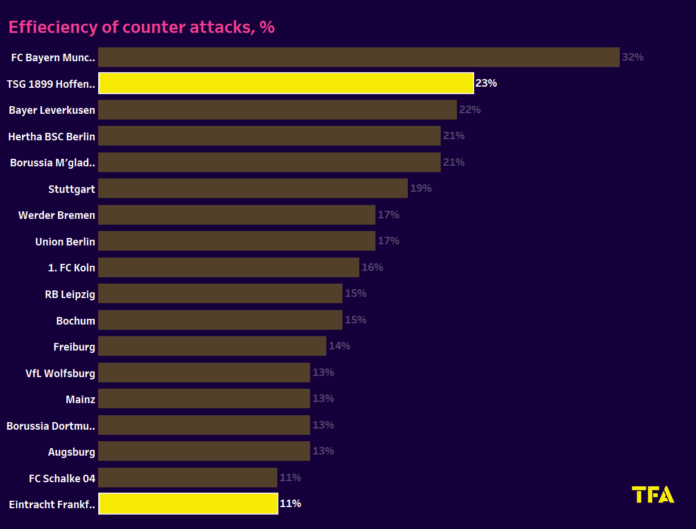 Hoffenheim will travel to Frankfurt to face Eintracht Frankfurt on Wednesday night in the Bundesliga. Eintracht Frankfurt is currently in seventh place with 23 points and has won seven, drawn two, and lost four matches. Hoffenheim, on the other hand, is in tenth place with 18 points from 13 matches and has won five, drawn three, and lost five matches. Both teams will go into this match with hopes of winning their final match before the FIFA World Cup begins.

Eintracht Frankfurt steps into this game on the back of a 2-1 win against Augsburg. The hosts are in good form and have only lost two matches, against Bayern Munich and Borussia Dortmund. They will be hoping to deliver a good performance before they close their campaign and the players leave on international duty.

Hoffenheim, on the other hand, have not tasted victory in the last three matches and will be desperate to get three points from this draw. They lost their last match against RB Leipzig, and André Breitenreiter will be urging his players to regain their best form.

We look at some stats that could predict the outcome of the match. Eintracht Frankfurt poses a serious goal threat and averages 2.08 goals per game. They create 28.92 positional attacks per game and have scored the second most goals of any team this season, only behind Bayern Munich. They have scored two goals or more in their previous matches across all competitions. The above viz shows the value of goals per 90 minutes for teams in the Bundesliga, and Frankfurt ranks fourth in it. The hosts also average 12.69 shots per game with a 40% accuracy rate.

At the same time, they concede 1.62 goals per game as well. The hosts make an average of 67.8 defensive duels and 34.69 aerial duels. They have conceded 21 goals, which is the highest number of goals conceded by the teams in the top five positions. Frankfurt will be focusing on not giving away silly goals. 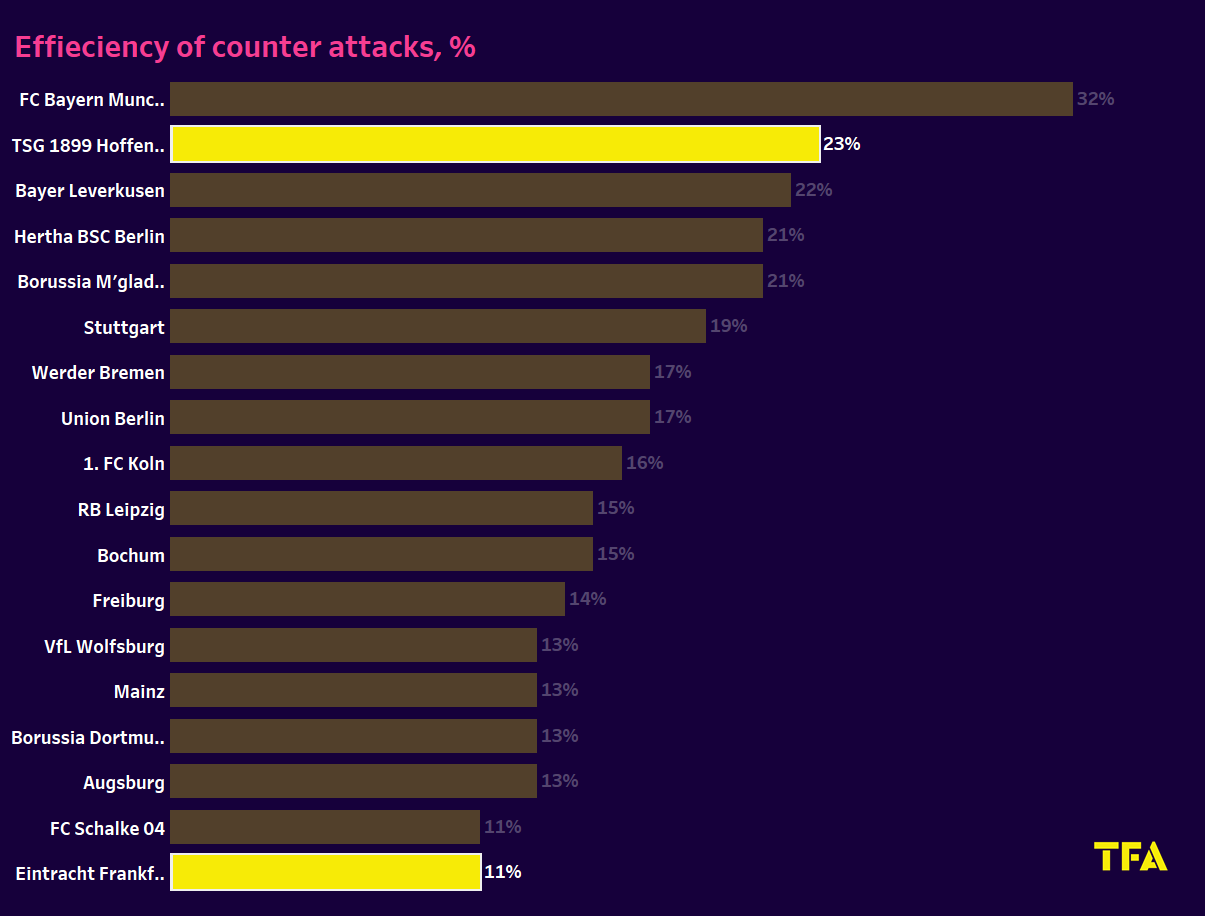 Hoffenheim has allowed 16 goals this season, averaging 1.23 per game. They make 65.15 defensive duels and 35.15 aerial duels per game. They will need their defence to be fully alert as they take on one of the most attacking teams in the league. 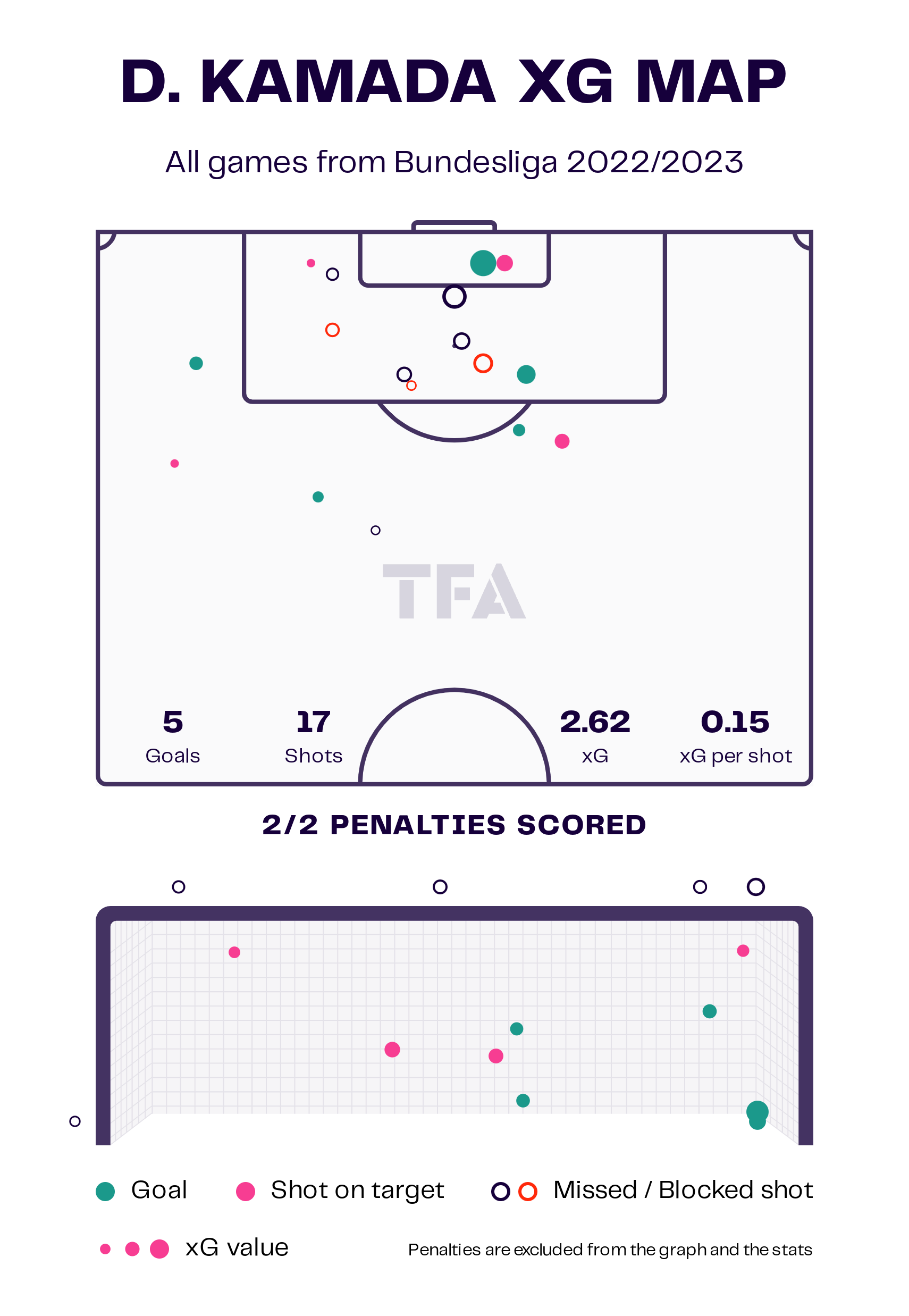 Daichi Kamada is Eintracht Frankfurt’s top scorer this season. He has scored seven goals in the Bundesliga this season and has two assists to his name as well. He has an average of 0.69 goals per game. The Japanese international has been instrumental in their successful season in both the Bundesliga and UEFA Champions League. Frankfurt will be hoping he can put up his best performance. 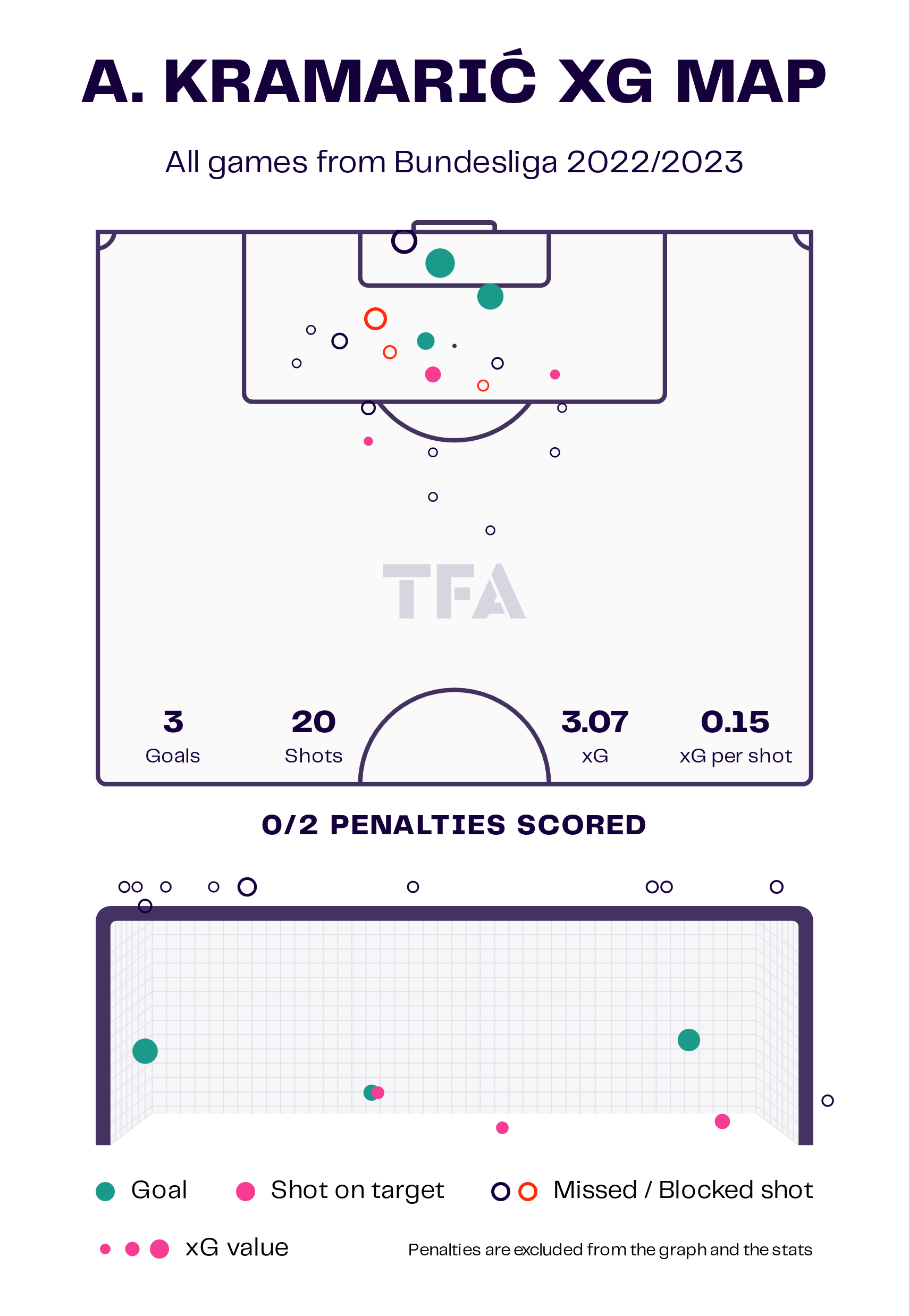 Andrej Kramaric is their second top-scorer behind Munas Dabbur. The Croatian international has three goals and two assists to his name. He has an average of 0.31 goals per game and has 37% shooting accuracy. The visitors will be urging him to produce another goal-scoring display as they face a dangerous Eintracht Frankfurt side.

Eintracht Frankfurt will miss Timothy Chandler, Christopher Lenz, and Makoto Hasebe with injuries. Daichi Kamada missed the trip to Augsburg with the flu and is not 100% certain about this match.

The visitors, meanwhile, will be without Grischa Promel, Munas Dabbur, Luca Philipp, and Ihlas Bebou due to injury.

The hosts could move up to the top four if they beat Hoffenheim on Wednesday. They have been having an incredible season and will be looking to continue their form. Hoffenheim, on the other hand, could slip to the bottom half of the table if they lost to Frankfurt.