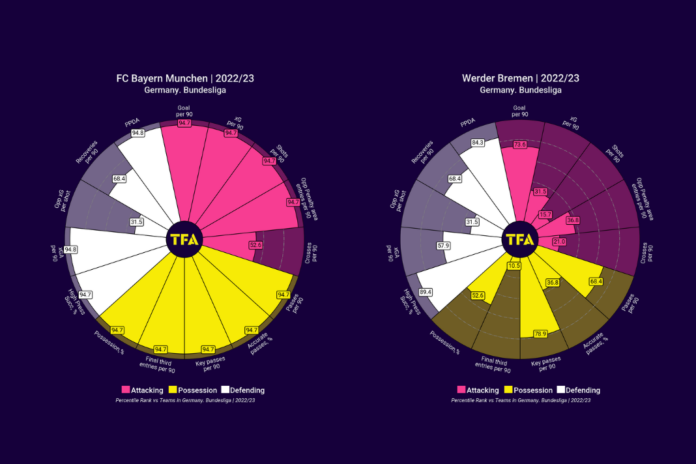 Defending champions Bayern Munich will face Werder Bremen on Tuesday in the Bundesliga in their final match before the FIFA World Cup begins in Qatar. The Bavarians invite Werder onto their home turf as they would try and increase their point lead over the second-placed Union Berlin. They sit at the top of the table with 28 points from 13 matches. Werder, on the other hand, are in 7th place with 21 points from 13 matches.

Bayern Munich will go into this match on the back of a 3-2 win against Hertha Berlin. They look in incredible form and don’t look like they miss Robert Lewandowski much, as Eric Maxim Choupo-Moting looks in staggering touch. Bayern will look to get three points from this match and end on a high before the players leave on national duty.

Werder Bremen is coming off the back of two consecutive victories as well. They have won six matches so far and are in the 7th position. Their trip to Munich will not be an easy fixture, but they will be trying to pull off a miracle against a formidable Bayern Munich.

We take a look at some stats that could predict the outcome of the match. 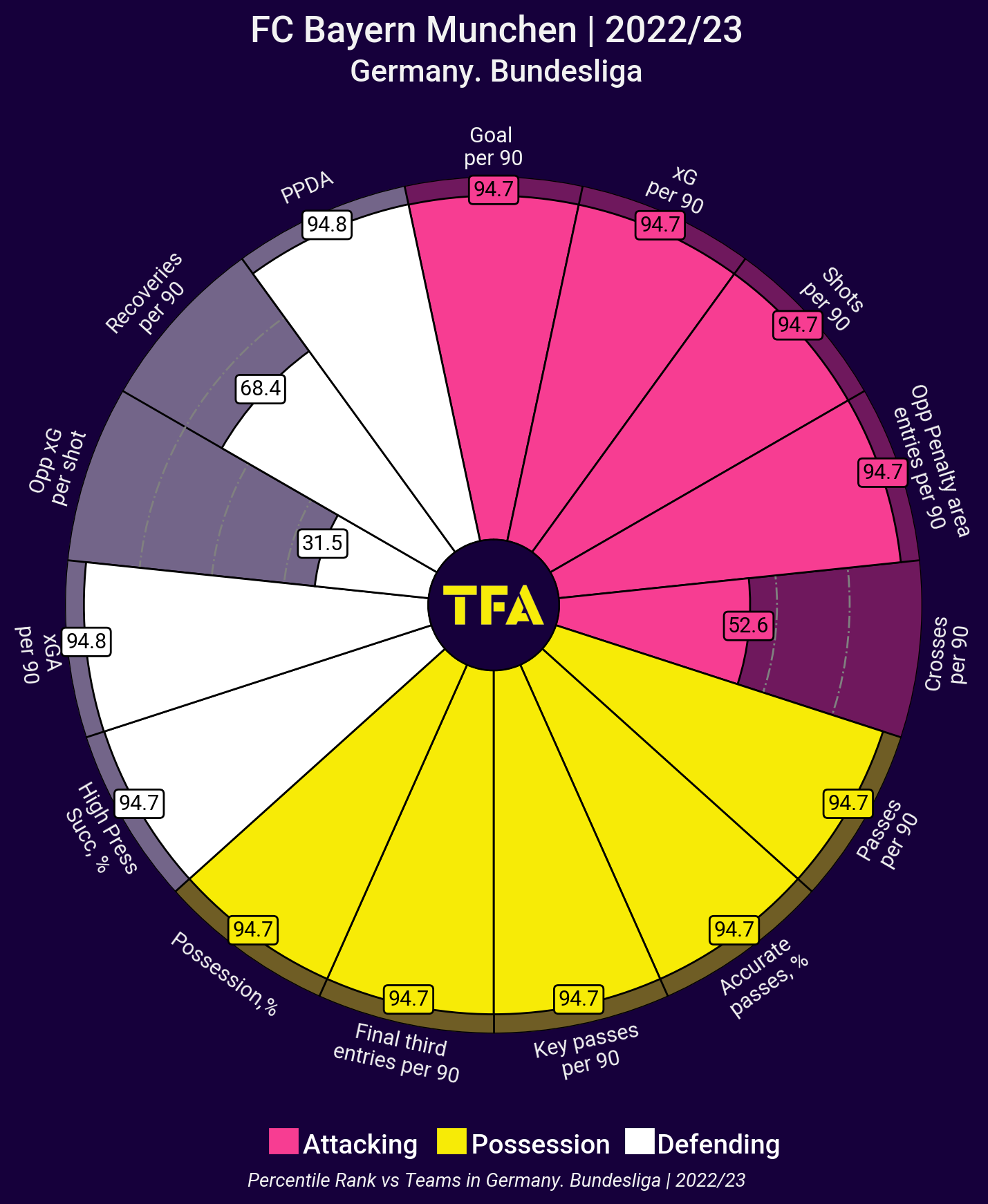 Bayern Munich poses an attacking threat like few others. With a front line of Eric Maxim Chuopo-Moting, Sadio Mane, Jamal Musiala, and Serge Gnabry, they spell danger. They have an incredible squad and know how to make use of their attacking resources. They score an average of 3.15 goals per game and have an xG of 2.8. The Bavarians also have an average of 19.69 shots with 44.1% accuracy. The hosts launch an average of 37.69 positional attacks per game and have a passing accuracy of 87.7%. With the addition of Sadio Mane to the front line, their counter-pressing has become twice as effective. They deploy a high press, manage to win the ball back in the attacking third, and have fast players to quickly launch an attack. They have one of the highest numbers of entries into the opposition’s penalty box as well.

Defensively, they are the best team in the league, as they have conceded the least number of goals, which is not surprising considering they have one of the best goalkeepers in the world. They concede an average of 0.92 goals per game, and their defenders are in good form as well. 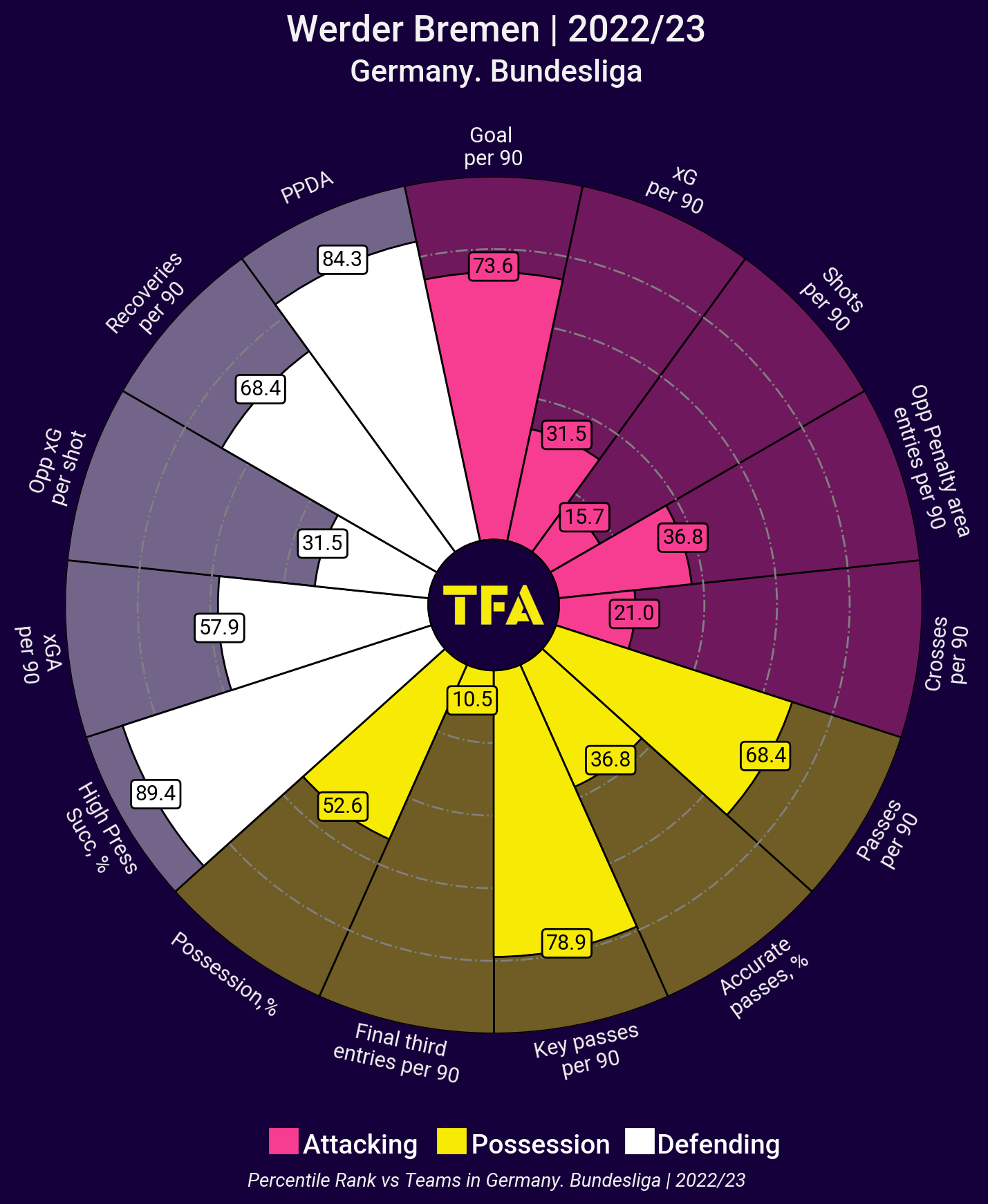 Werder Bremen have scored 23 goals so far this season and has an average of 1.77 goals per season. The visitors also have an xG of 1.35 and are capable of causing an upset on their day. They usually like to have a fair share of possession and launch an average of 26.46 positional attacks per game.

They have trouble defending and have conceded 19 goals this season. They concede an average of 1.46 goals per game and make an average of 69 duels per game. The visitors will need their defence to be strong when they step out to face the Champions at Allianz Arena. 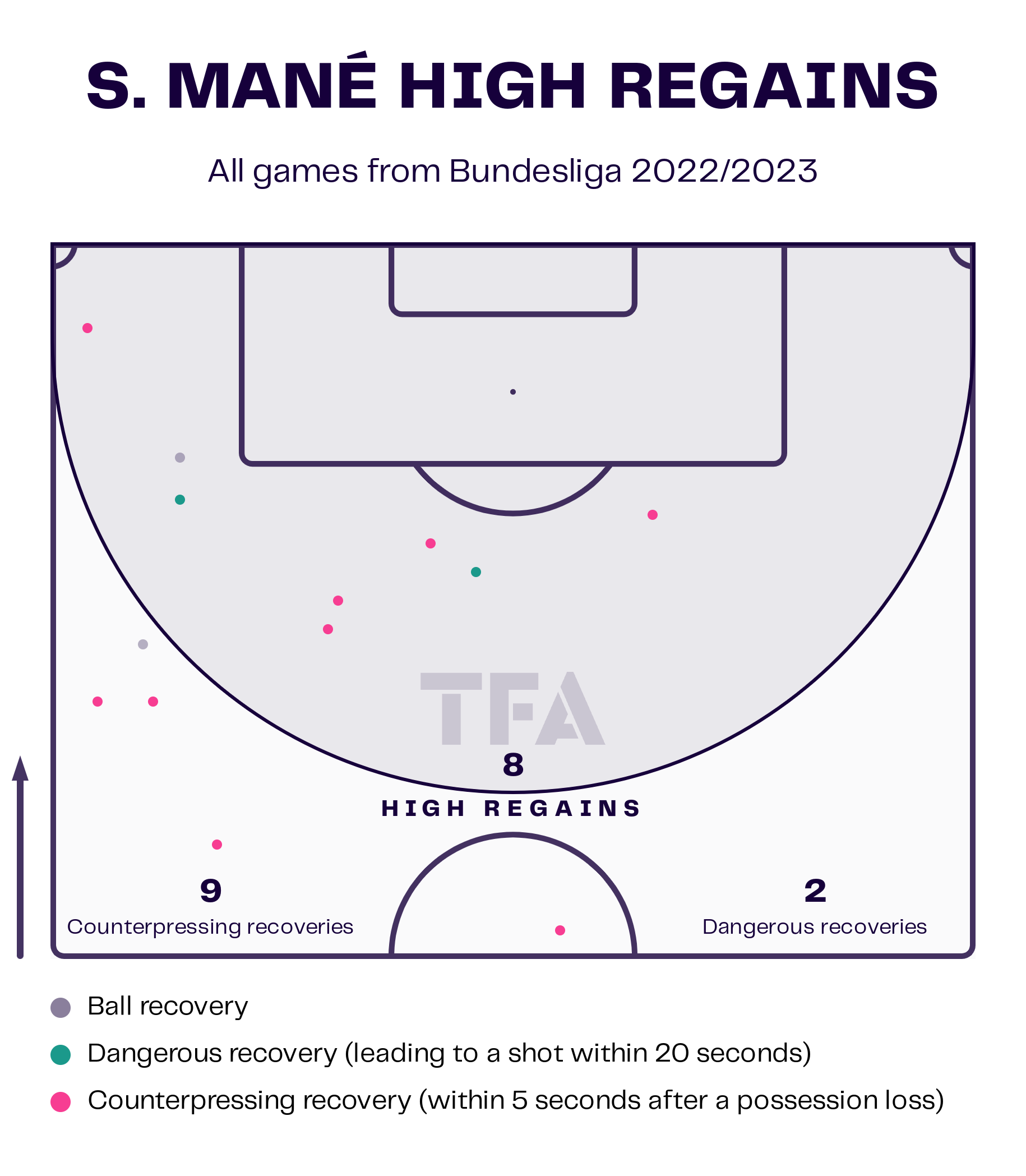 The Senegalese International also contributes defensively. He tracks back and helps the wingbacks defend. Mane has been an incredible addition to an already dangerous Bayern Munich attack and will have a role to play in this match as well. 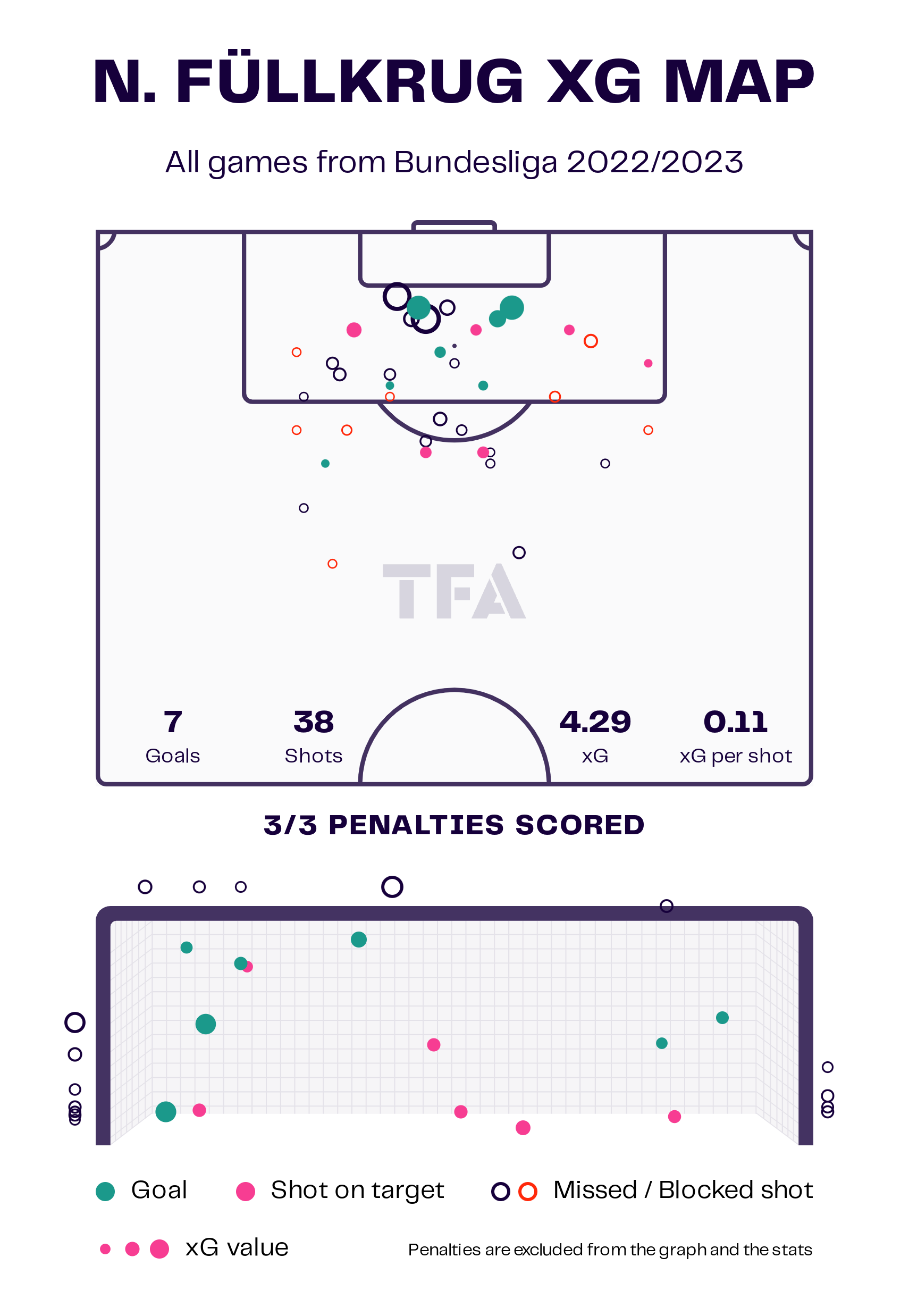 Niclas Füllkrug has been in incredible form this season and has ten goals and two assists to his name. He averages 0.54 goals per game and has 0.15 assists per game. The German International has an average of 3.21 dribbles per game and enjoys 4.42 touches in the penalty box per game. His contribution will be crucial for the visitors if they want to take three points from Allianz Arena.

The hosts will have to go into this match without Alphonso Davies, as the Canadian picked up an injury during the match against Hertha Berlin. But Bayern Munich will be happy with the returns of Leroy Sane, Manuel Neuer, and Lucas Hernandez. De Ligt is also unlikely to feature in this game with an injury.

Werder Bremen, on the other hand, will travel without Lee Buchanan, Felix Agu, Dudu, and Jean-Manuel Mbom, as they are all out either due to injury or illness.

The Bavarians go into this match as favourites and will be hoping to maintain their position at the top of the table. Werder Bremen will be urging their players to put up a good fight at the Allianz Arena.

Stats Pack: A win for Italy against Switzerland in the Euro...