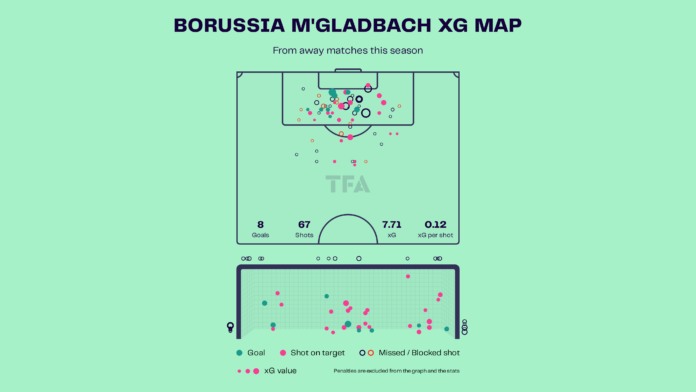 Borussia Monchengladbach is currently placed eighth in the Bundesliga with 22 points from 15 matches. They have been impressive this season whenever they have played at their home stadium Borussia Park. However, things change when they go away to play on other turfs. They only have four points from seven matches, including four draws and three losses. Their best away match of the season was when they held Bayern Munich to a 1-1 draw at the Allianz Arena. Therefore, we look at their away stats to understand how their poor form in away matches is preventing them from becoming a superpower in the Bundesliga. 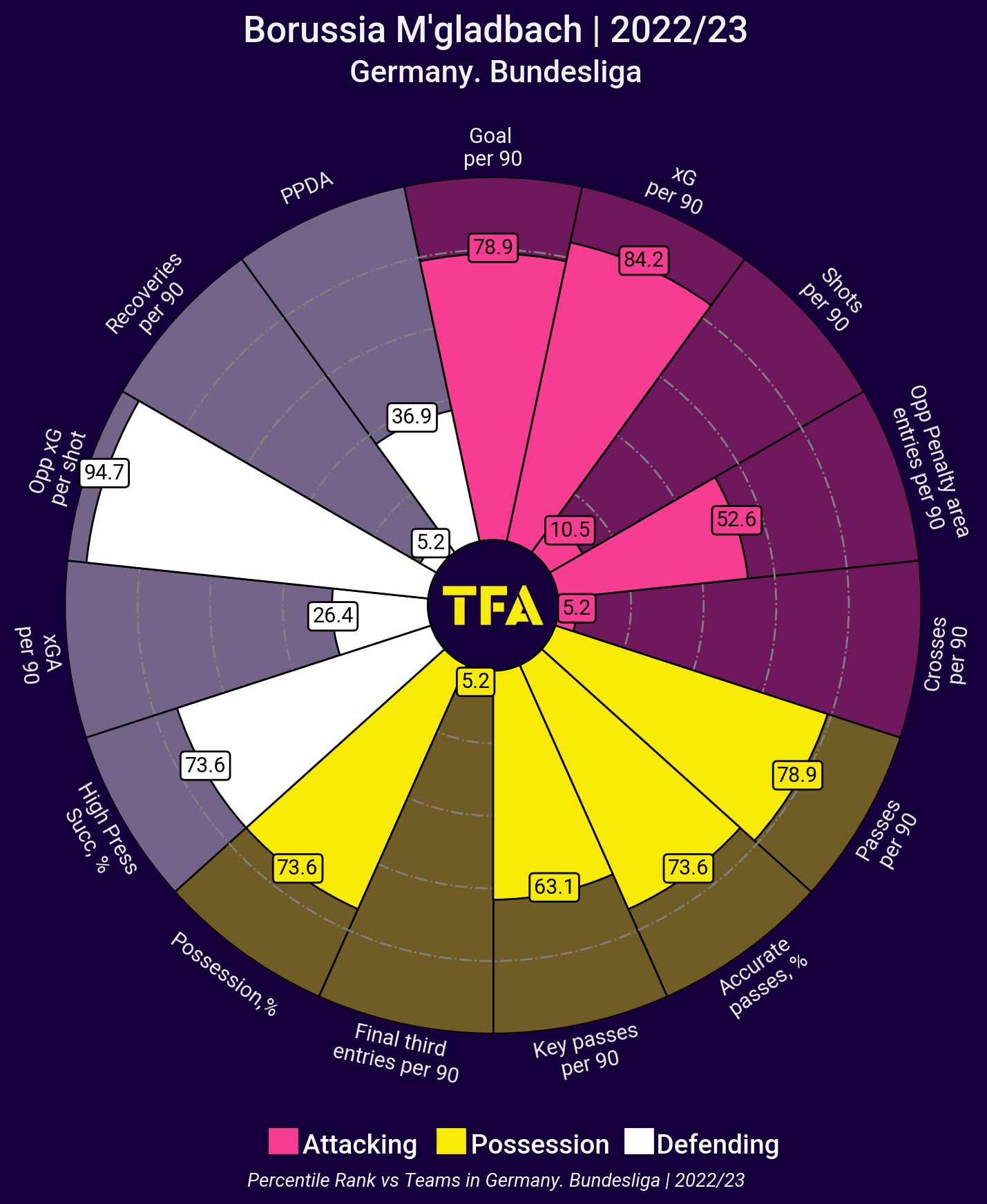 The above visual shows Borussia Monchengladbach’s percentile rank compared to other teams in the Bundesliga. They have good passing stats and decent stats in attack and defence. Monchengladbach is ranked above average for all metrics in passing and have some decent stats for the attack as well. They are ranked in the top 78.9 for goals per 90 minutes. They are also ranked in the top 73.6 percentile for high press success as well. 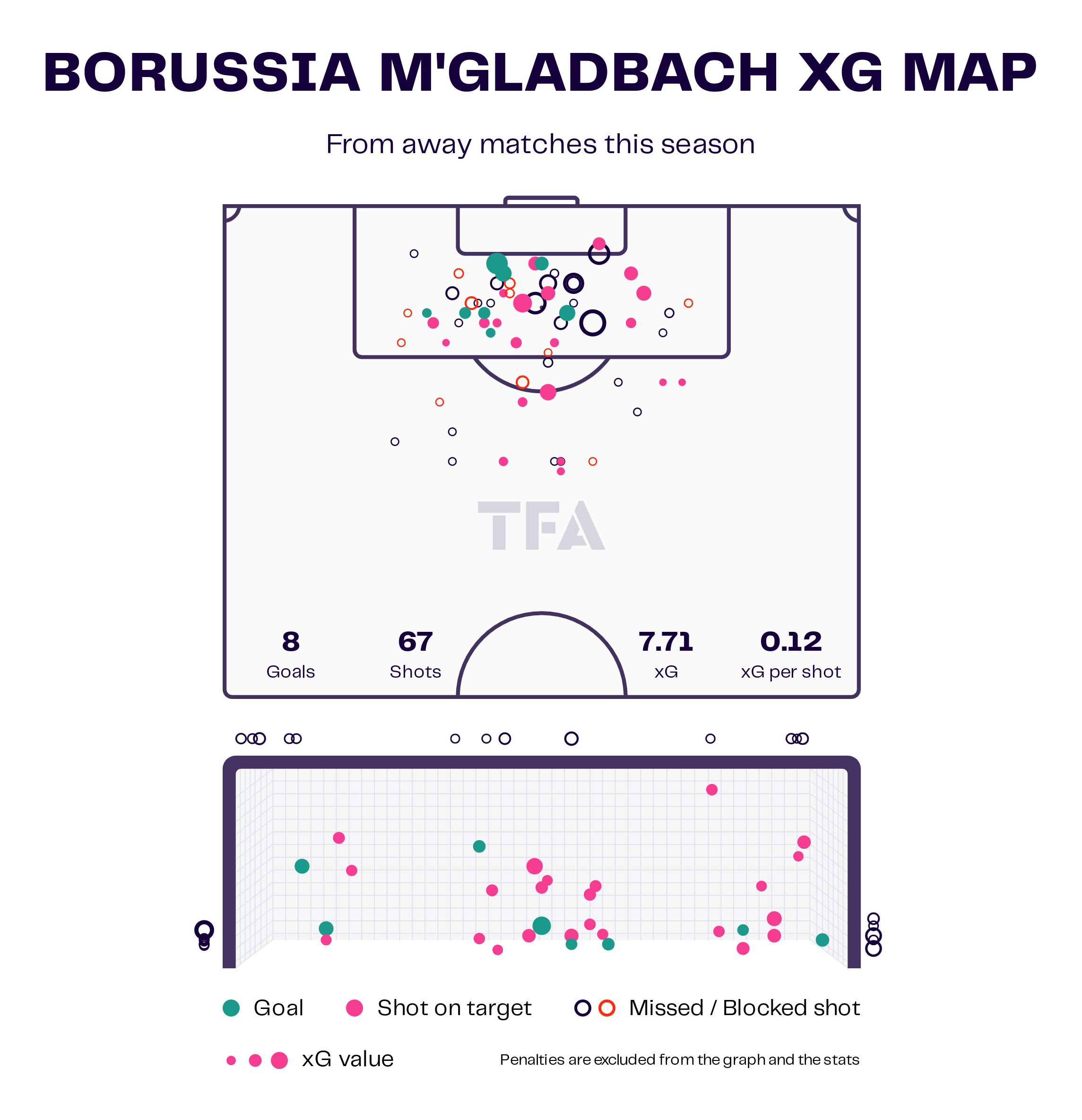 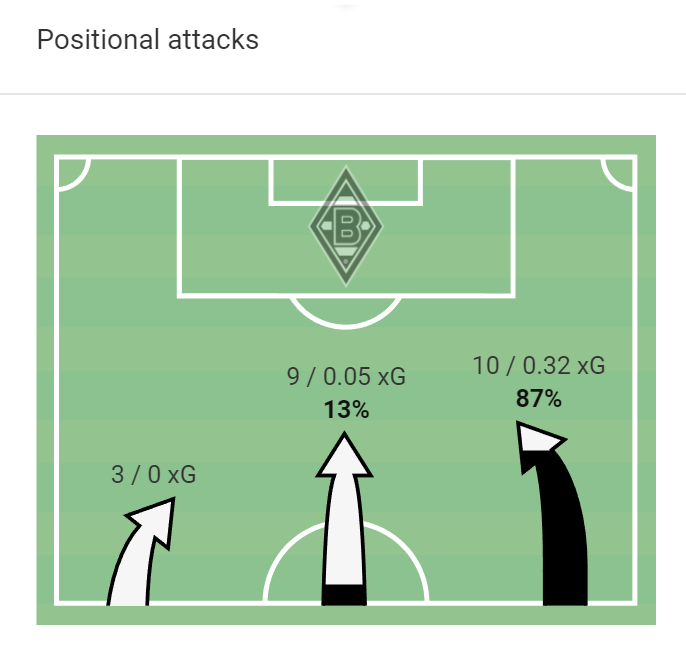 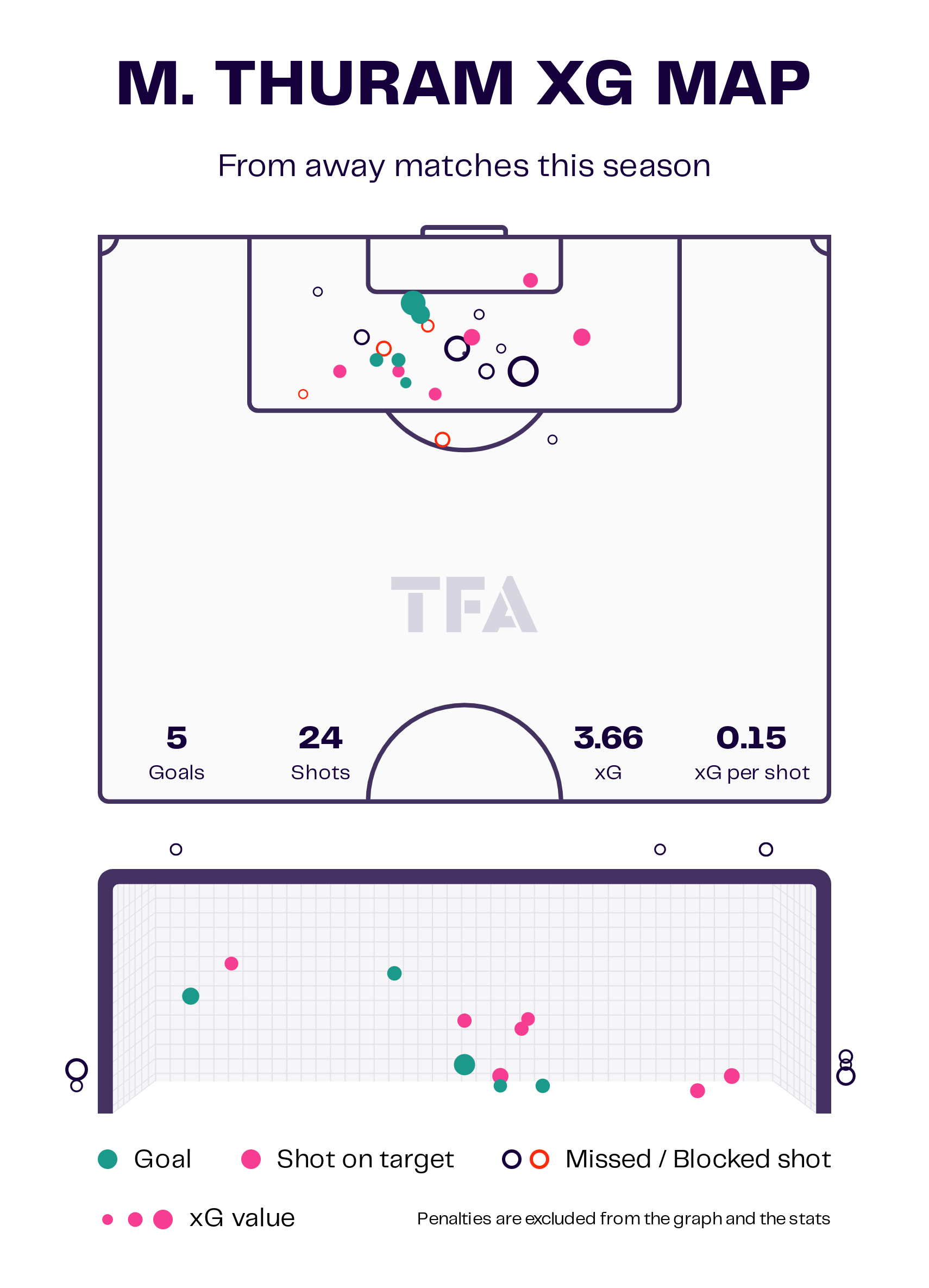 The above visual shows Marcus Thuram’s xG map in away matches. Thuram, who is Monchengladbach’s top scorer this season, has scored five goals in seven away matches. He has attempted 24 shots, out of which he has managed to convert five. He has an average of 0.7 goals per game. 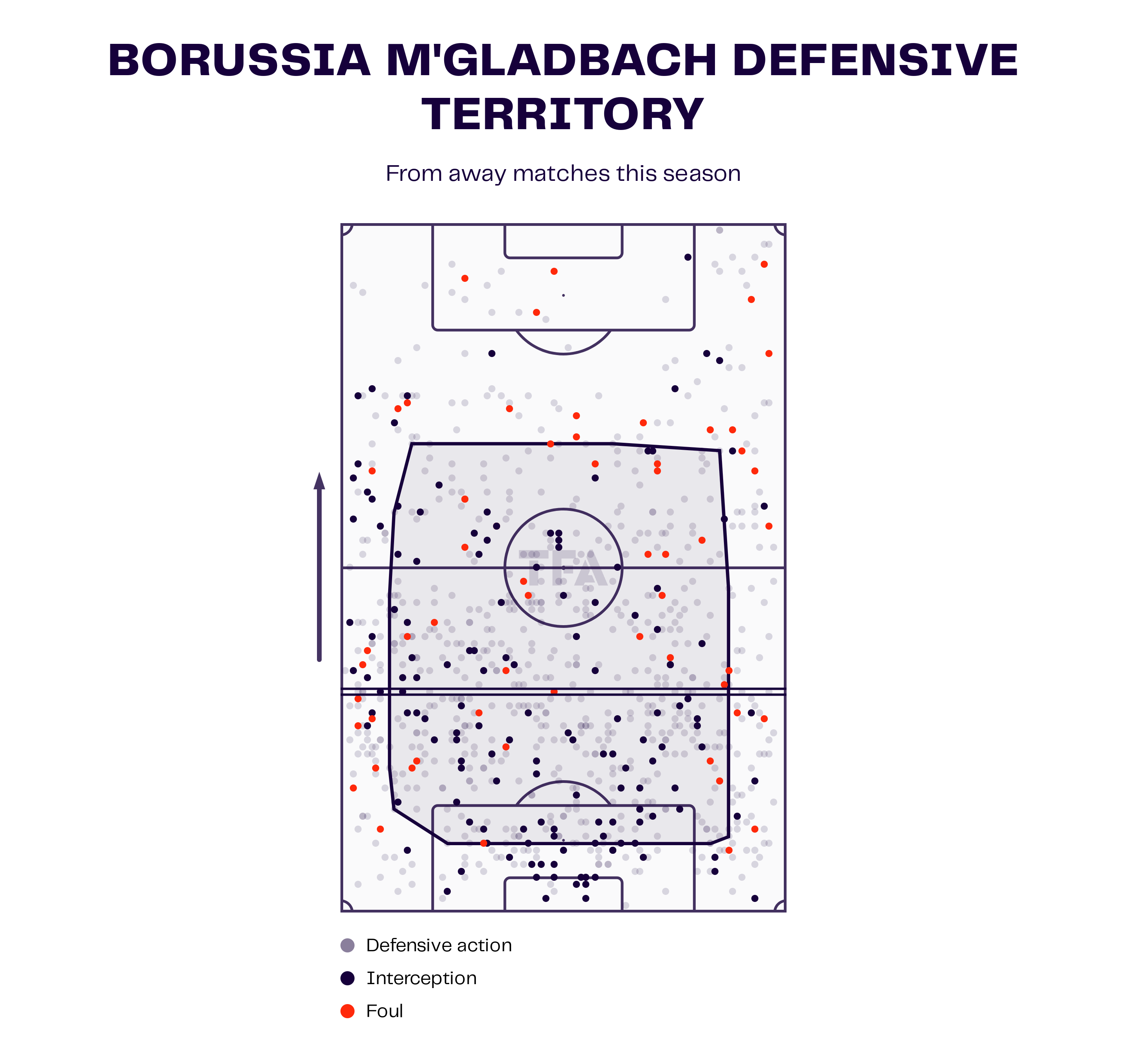 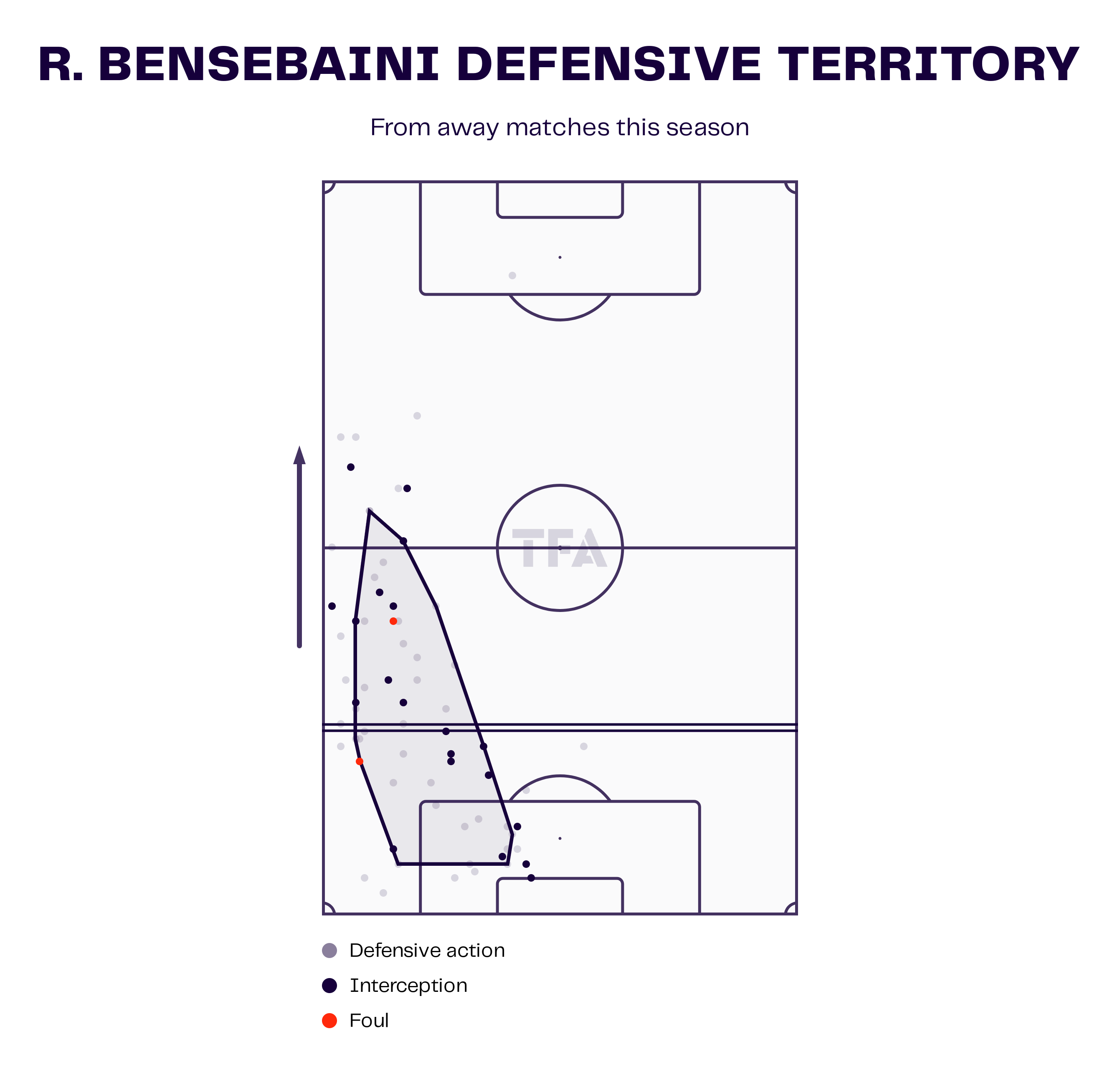 Looking at their form, their odds in the 1×2 market are likely to go up in away matches. While the over/under lines are expected to go down as their poor form in away matches continues.

Borussia Monchengladbach’s away record is a complete contrast from their record in home matches. With just four points from seven matches, their run away from Borussia Park has been truly disappointing. Manager Daniel Farke will be hoping that his team changes this unwanted trend in 2023.

Data Analysis: Uruguay on top against Bolivia in the Copa America...

The Stats: Denmark beat Wales to win the league