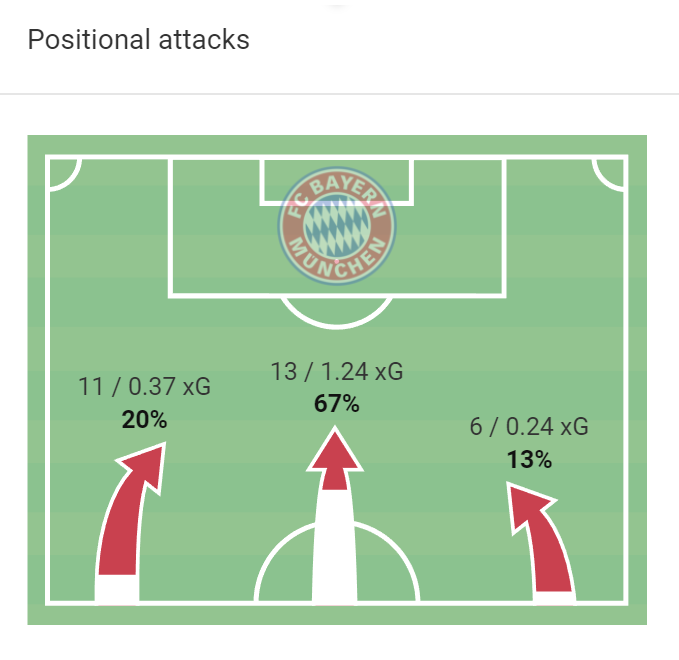 Bayern Munich are yet again having an incredible season in the Bundesliga. They have only lost one match this season and have 34 points from 15 matches. They have won ten, drawn four, and lost a game. They have scored 49 goals this season and only conceded 13. They are yet to taste defeat at home and have won six out of the eight games.

We look at some stats to understand Bayern Munich’s unbeaten home run this season.

The defending champions have been in brilliant form this season, even after saying goodbye to Robert Lewandowski this summer. There is no goal drought at the Allianz Arena, as they have scored 26 goals in eight games. They have only conceded six goals at their home stadium.

Bayern Munich is in brilliant goal-scoring form at home and has scored 26 goals at the Allianz Arena. They score an average of 3.18 goals per game and have won three matches by scoring five or more goals. Playing at home, they attempt around 18.64 shots per game, with 47.8% of them on target. Moreover, Bayern Munich launches an average of 36.91 positional attacks at home, with 33.5% leading to shots. They attack a lot through the centre, and with fast players like Leroy Sane, they can rip apart opposition defences. 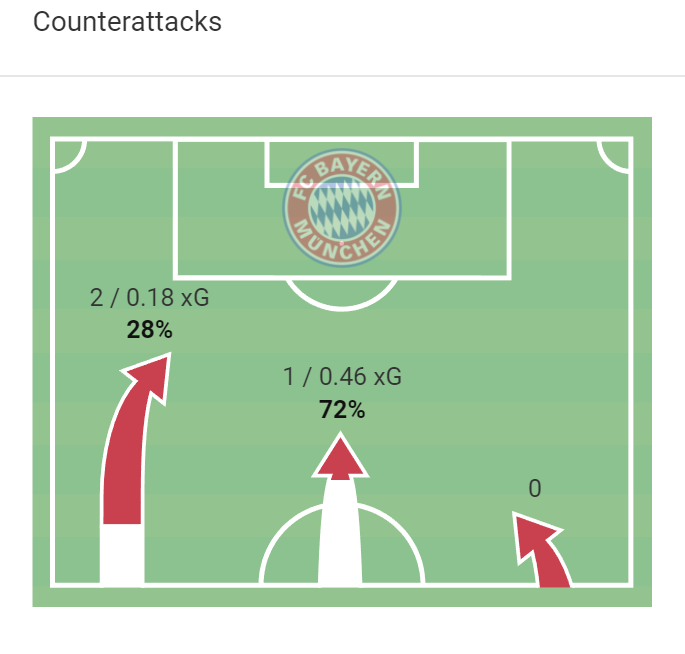 Even if Bayern Munich is good at launching calculated positional attacks, they rely on counterattacks too. They have fast players who can be released through a pass and who will make the most of the opportunity. The above visual shows the counterattacks from their match against Werder Bremen, which they won 6-1. They attempted three counterattacks, all of which led to shots.

Bayern Munich defenders deserve equal praise as they have managed to nip the attacks in the bud. They have only conceded six goals from eight matches and look comfortable defending. The Bavarians have an average of 0.64 goals conceded per game when they play at their home stadium. This goes up to 1.07 goals per game in away matches.

Bayern contests an average of 60.5 defensive duels per game at home with a success rate of 62.8%. They have a solid defence, making it hard for opponents to go past them. The defending champions also take part in around 26.36 aerial duels with a 46.9% success rate. They also make around 36 interceptions per game as well.

The above visual shows the defensive duels contested by Bayern players against Werder Bremen. Centre-back Dayot Upamecano and midfielder Joshua Kimmich contested in six and four defensive duels each and had a success rate of 83% and 100% respectively. 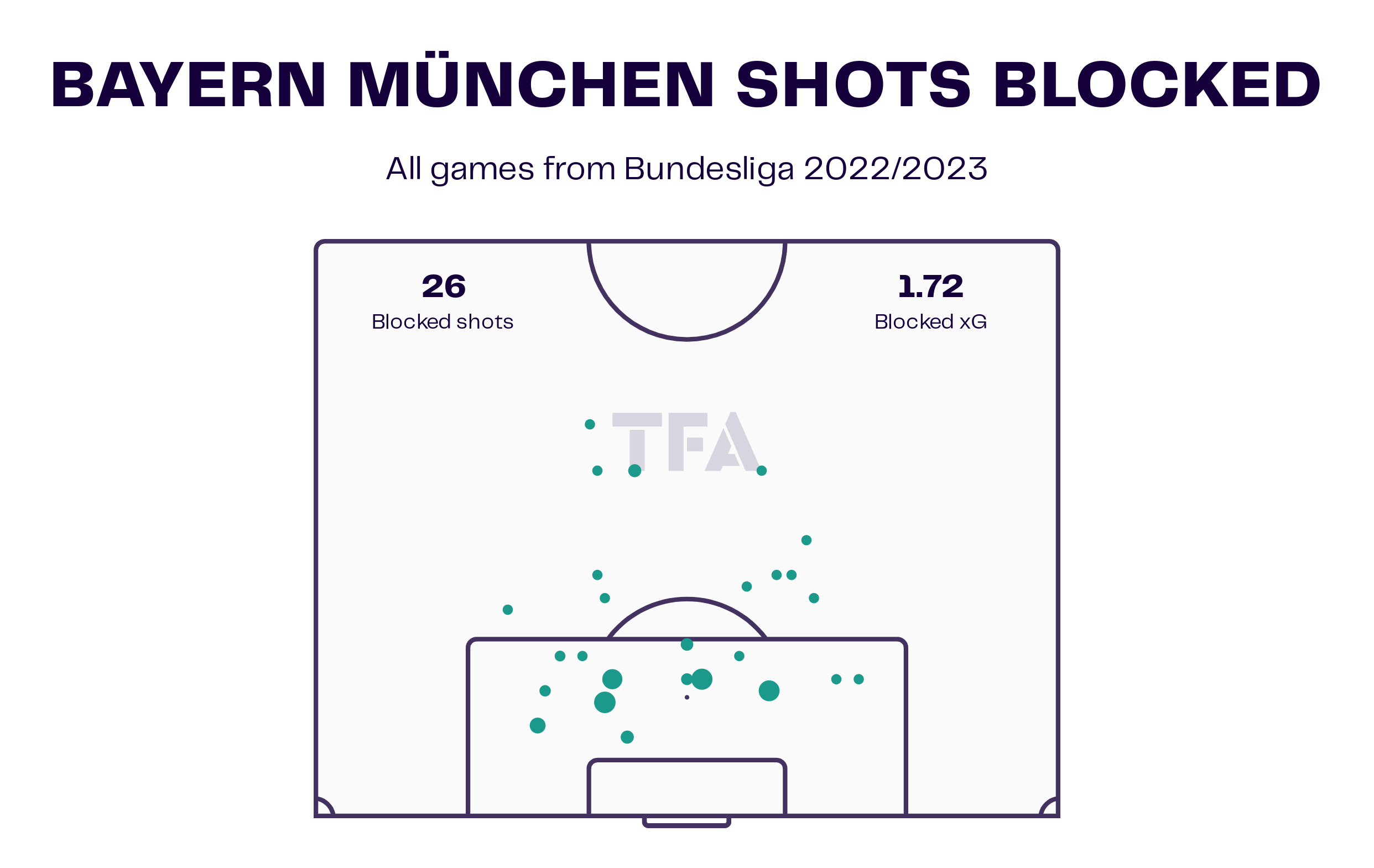 Bayern Munich have blocked 26 shots this season. In addition, they have Manuel Neuer in front of the goal who is almost impossible to get past. Their defensive line has also been in great form only conceding 13 goals in the season. But with an attack so strong and averaging 3.18 goals per game, they have never had a problem scoring more than they conceded.

Bayern Munich is as formidable as ever and is the team to beat in Europe. They have asserted their dominance in both Bundesliga and Europe. Bayern Munich scored the most goals and conceded the least in the league. Their home record is frighteningly good and if they manage to keep this record clean, there is little doubt as to who will lift the trophy this season.

Transfer Analysis: How signing the midfield superstar will add versatility to...