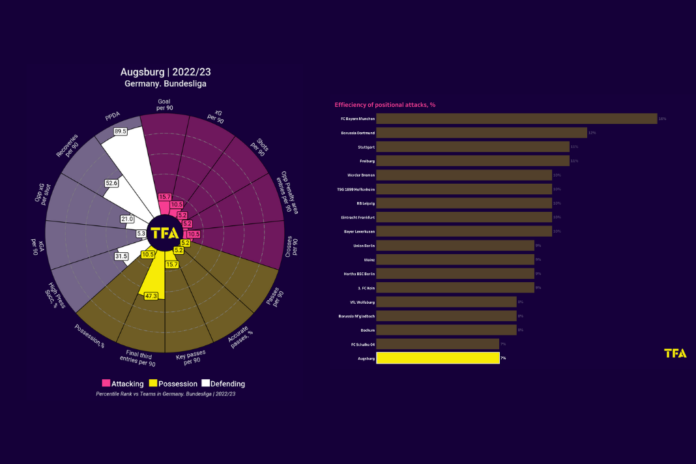 Augsburg are having a tough season in the Bundesliga, as they are placed in the 14th position with just 15 points from as many matches. They have won four matches, drawn three, and lost eight matches. Having conceded 26 goals while scoring only 18, they have a goal difference of negative eight. To add to their misery, they haven’t registered a win in their last seven matches. Therefore, we look at their stats to understand why Augsburg is having a tough season. 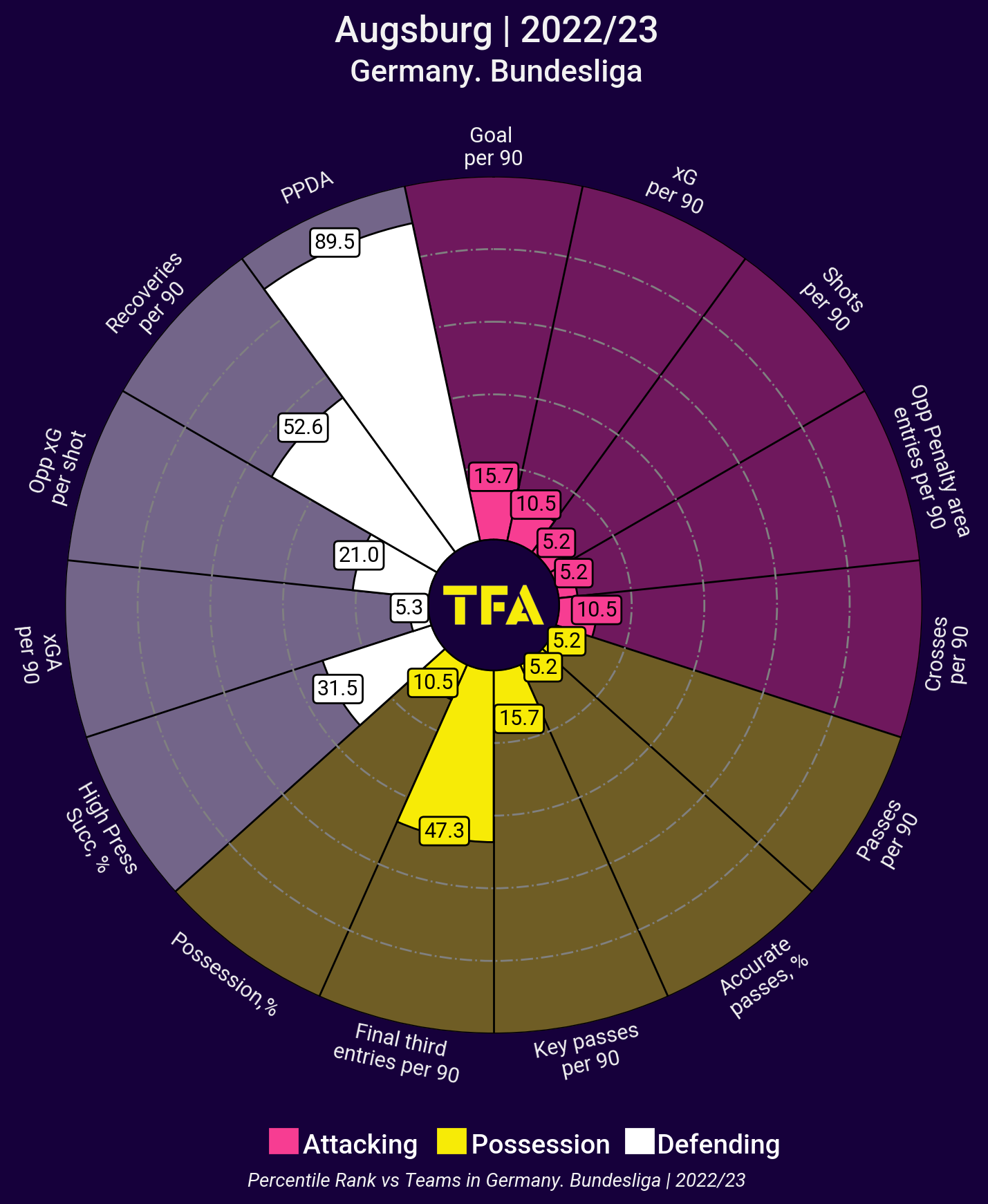 The above visual shows Augsburg’s percentile rank compared to other teams in the Bundesliga. They have poor stats in almost all metrics and have not had a good season so far. They are ranked way below average for all the attacking stats and for passing as well, except in the final third of the entries, where they are ranked in the top 47.3 percentile. They’ve also been a disaster on defence. Their defensive stats are not much different from their other stats, ignoring some slight improvements. They are, however, ranked in the top 52.6 percentile for recoveries per game, which is above average. 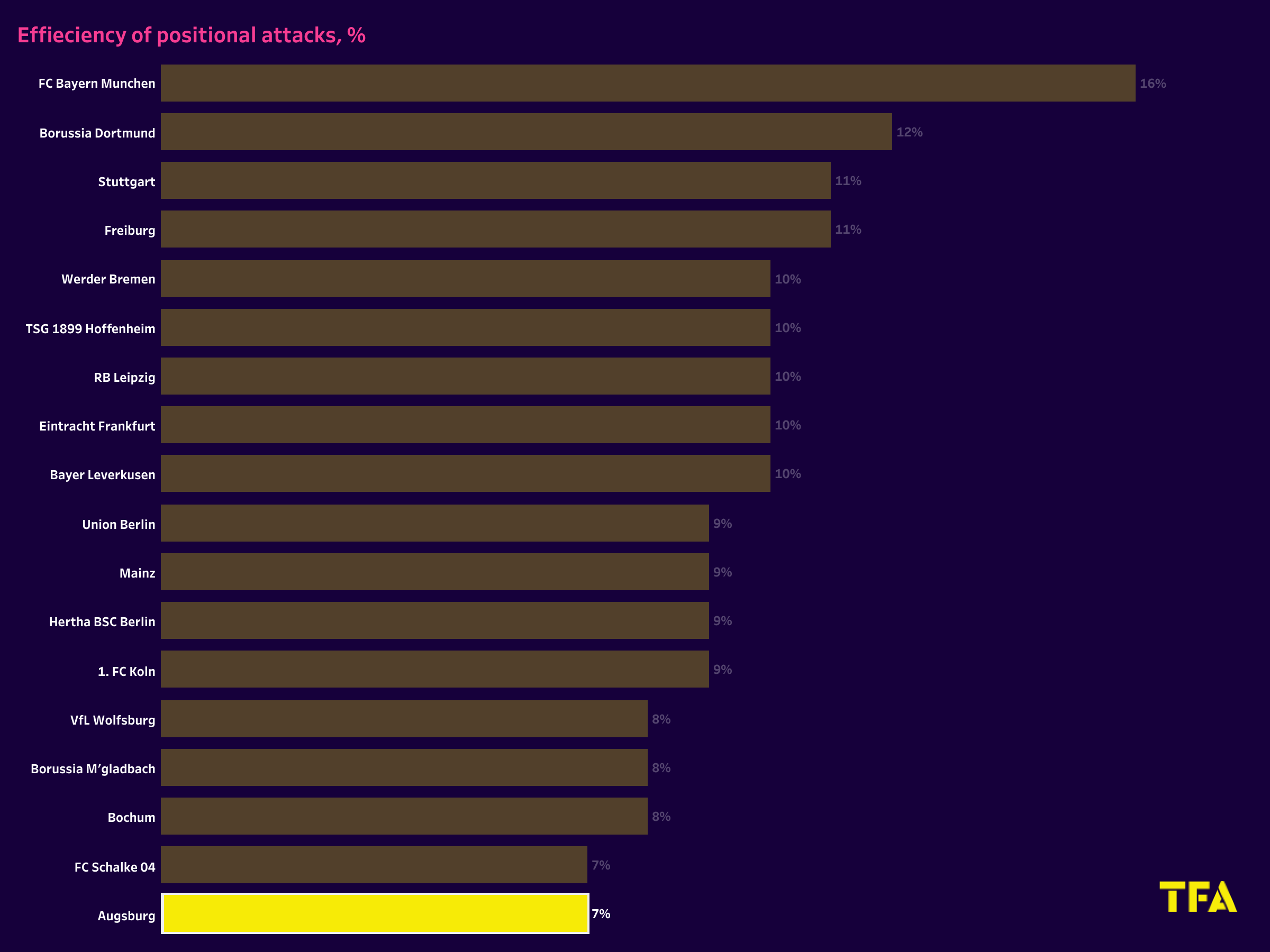 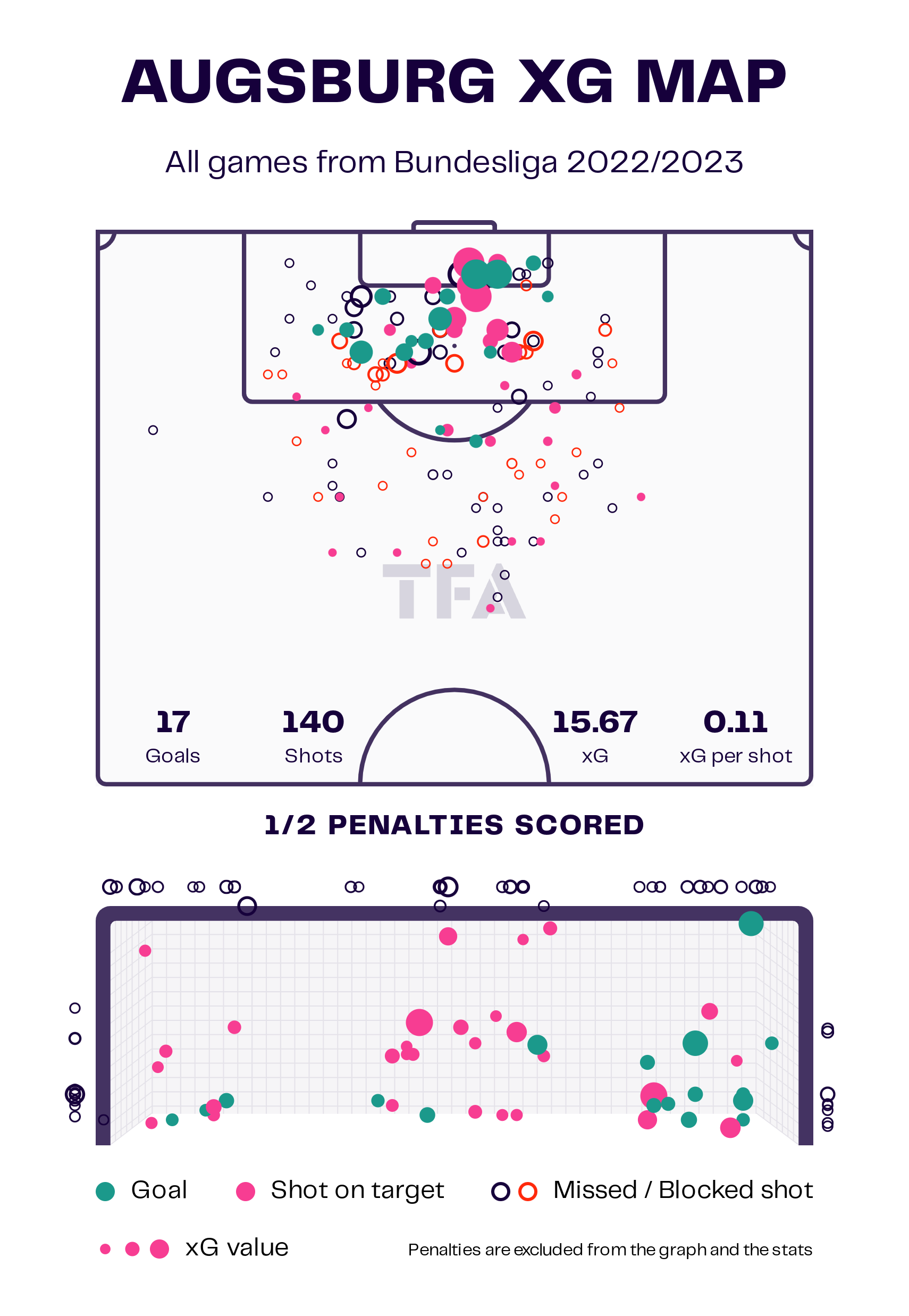 The above visual shows Augsburg’s xG map from the current Bundesliga season. They have scored 18 goals this season, with 17 of them coming from open play and one from the penalty spot. Augsburg have taken a total of 140 shots, with 46 of them on target. They managed to exceed their expected goals metric even though it didn’t help them win matches. 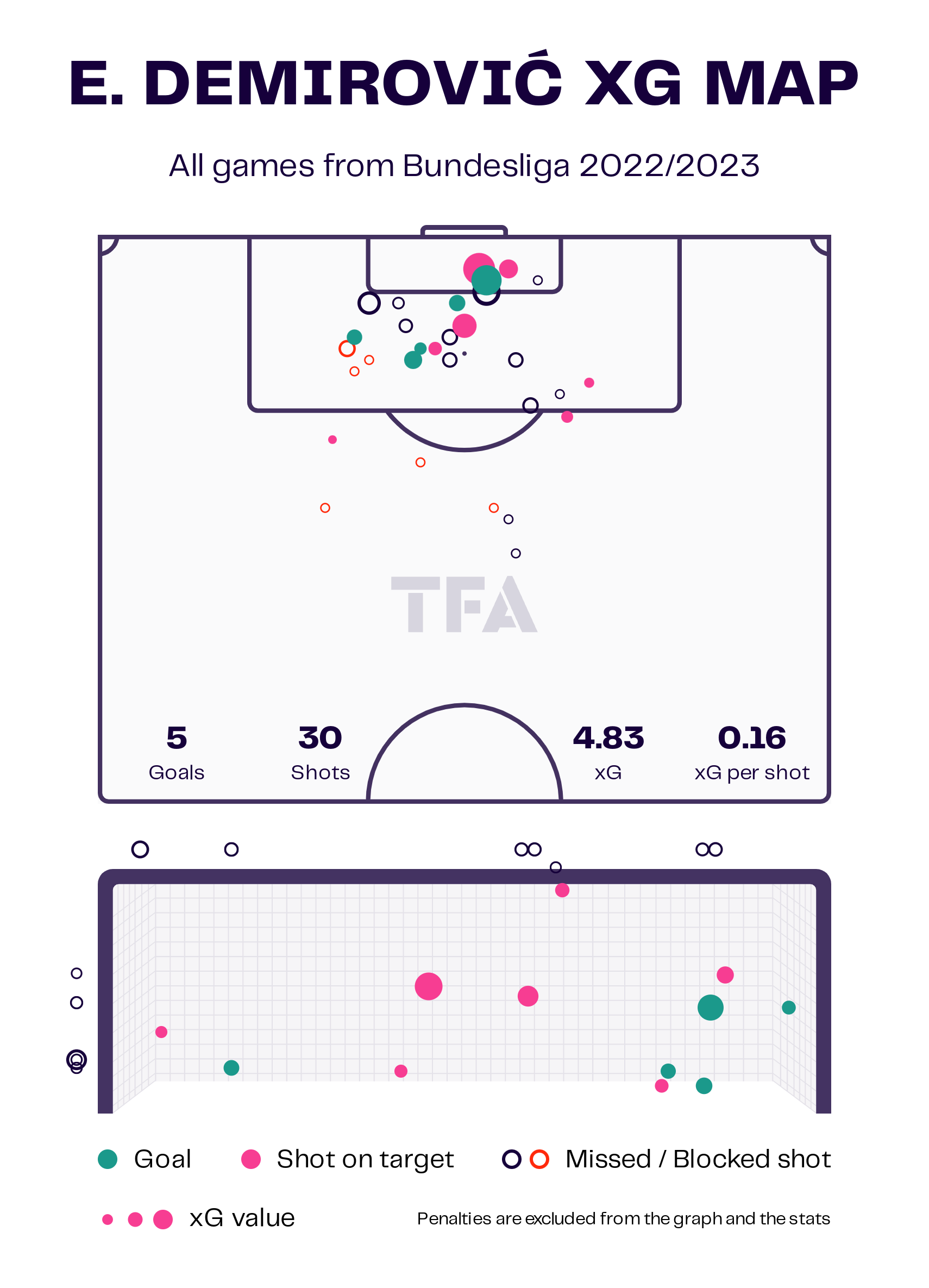 The above visual shows Augsburg’s top scorer, Ermedin demirovic’s xG map. He has scored five goals this season, all of them coming from open play. This season, the Bosnian has fired 30 shots, 12 of which have been on target. He has been a bright spot for Augsburg in the attack. 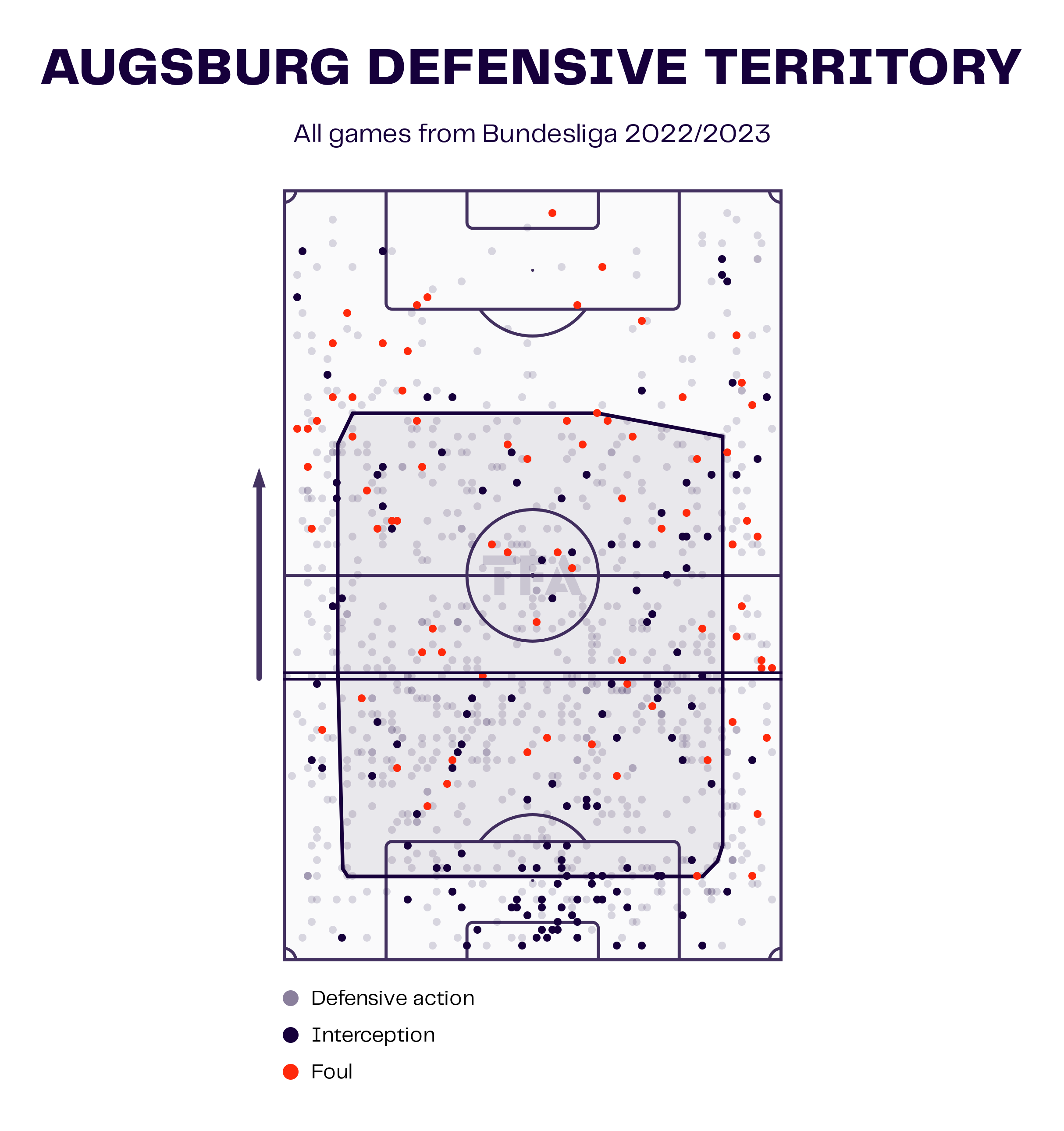 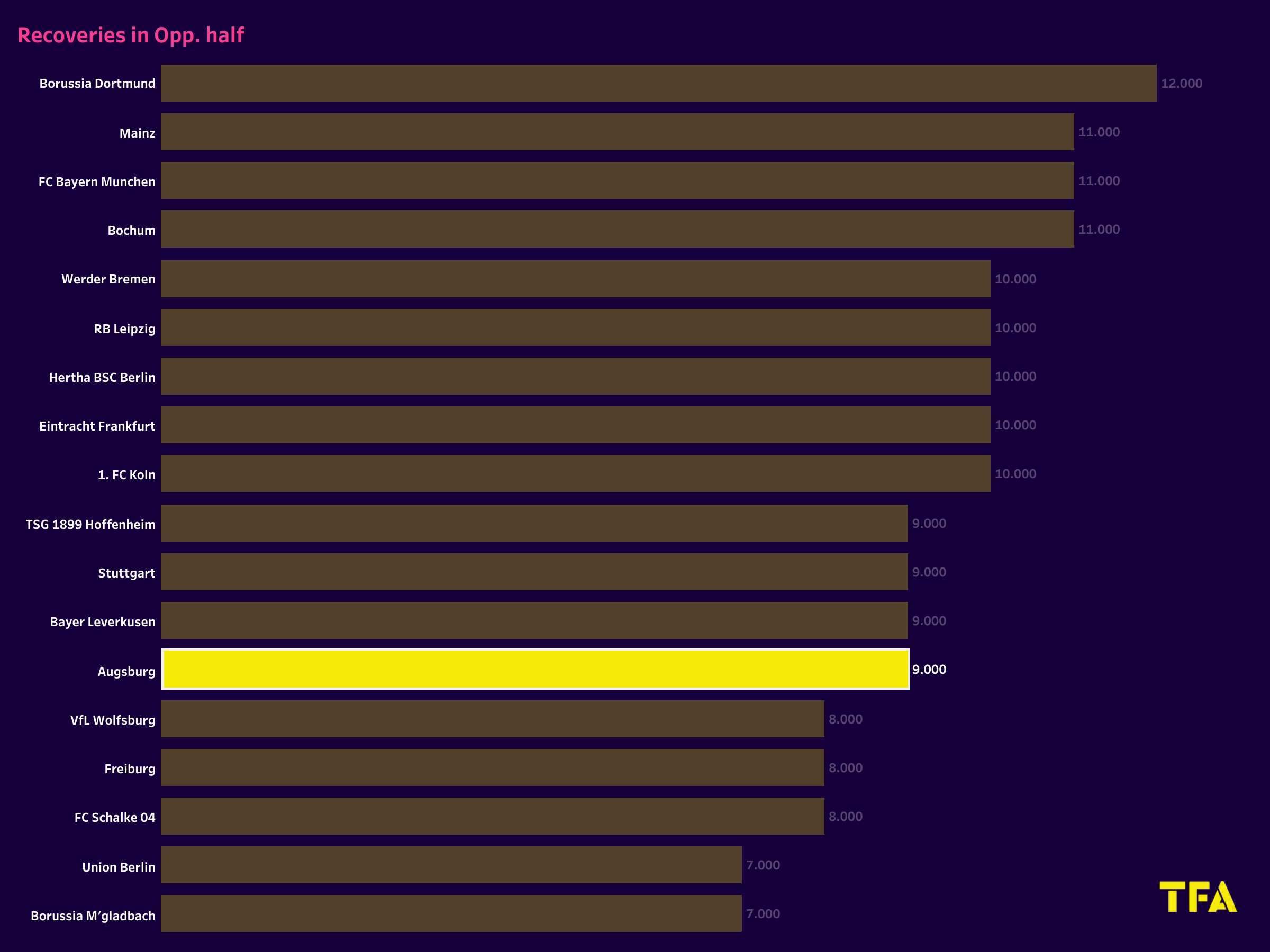 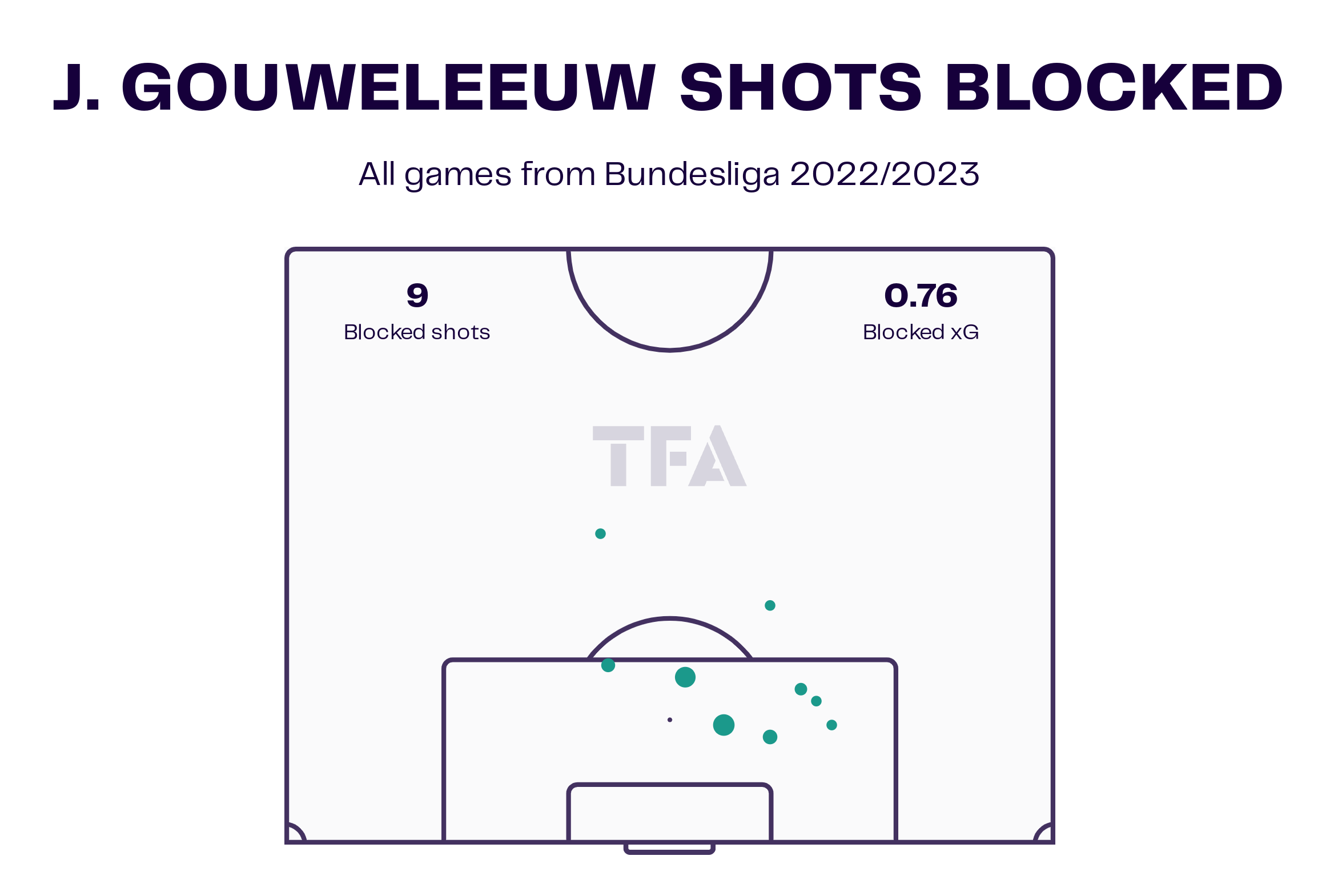 The above visual shows the shots blocked by Augsburg defender Jeffrey Gouweleeuw. With over 127 interceptions this season, he is one of their best defenders and has blocked over nine shots. Gouweeleeuw has performed relatively better for them and will have an important role to play in the upcoming matches as well.

Looking at the 1×2 market, the odds for Augsburg are likely to go up considering their poor form. At the same time, the over lines are expected to thrive given their performances this season.

Augsburg are having an awful season and are living dangerously. They are in the 14th position at the moment, and any further losses could see them heading into the danger zone. The players will be trying to regain their focus after the international break and turn their fate around.

Finding a replacement for Jadon Sancho at Dortmund – Data Analysis